Survey bang before the NRW election: the last numbers see Wüst in front – but it will be very tight Created: 05/15/2022, 06:07 By: Bettina Menzel Election posters with portraits of the top candidates in the state elections in North Rhine-Westphalia. CDU Prime Minister Hendrik Wüst (right) and SPD candidate Thomas Kutschaty. The election will take place on May 15th. © picture alliance/dpa | Oliv Election posters with portraits of the top candidates in the state elections in North Rhine-Westphalia.

The election will take place on May 15th.

In the state elections in North Rhine-Westphalia, the CDU and SPD are neck and neck.

But according to the latest surveys, how close is it really - and which coalitions are conceivable?

Dusseldorf - Although election polls are always just snapshots, they partly reflect the first tendencies of voter favor in the country.

The FDP came third with 12.6 percent - the AfD entered the state parliament of North Rhine-Westphalia for the first time with 7.4 percent of the vote.

But what is the current mood in the 2022 NRW state elections?

The clear victory of Daniel Günther (CDU) in Schleswig-Holstein gave the CDU an upswing.

The CDU chairman Friedrich Merz even said that the success in Schleswig-Holstein was "tailwind for North Rhine-Westphalia".

But how is the mood actually?

A few days before the state elections in North Rhine-Westphalia, one of the latest polls still sees the CDU with a narrow lead over the SPD.

According to this, the incumbent Prime Minister Hendrik Wüst (CDU) would get 31 percent, the opposition SPD with top candidate Thomas Kutschaty would get 28 percent.

The third strongest force would be the Greens with 15 percent approval.

This data was released by Yougov pollsters on Friday (May 13).

The trend in NRW is interesting: In an earlier Insa survey, the Social Democrats were just ahead of the Christian Democrats.

According to a Yougov survey, the FDP would lose ten percent of the votes compared to the last state election.

Other opinion research institutes, however, see the liberals at six (research group elections for ZDF) or eight percent (INSA for picture).

The AfD would be seven percent and thus also lower than in the last NRW election.

However, the right-wing populist party could enter the state parliament again with this result.

The example of Schleswig-Holstein would therefore not set a precedent in NRW: In Schleswig-Holstein, the AfD was kicked out of a state parliament for the first time in Germany, and was unable to crack the five percent hurdle in the state elections.

A survey by Insa on behalf of the picture

from Thursday (May 12) came to a similar result

: According to this, the CDU was 32 percent and could thus extend its lead over the Social Democrats.

The SPD would be the second strongest force with 28 percent.

The Greens would get 16 percent, the FDP would get eight percent of the vote.

Seven percent of those surveyed would vote for the right-wing populist AfD party.

The ZDF "political barometer" of May 12 also sees the CDU at 32 percent and the SPD at 29 percent.

The Greens would also be the third strongest party with 17 percent.

In the ZDF survey, 7 percent of those questioned said they would vote for the AfD, and six percent wanted to vote for the Liberals.

Survey on the state elections in NRW: What forecasts can do - and what not

Election polls are always snapshots taken at the respective point in time, they do not reflect the outcome of the election on election day.

In addition, the values ​​are always subject to uncertainties.

Among other things, declining party ties and increasingly short-term election decisions make it difficult for the opinion research institutes to weight the data collected and thus to be representative.

The error margins or ranges of fluctuation are usually up to two to three percentage points, depending on the size of the sample and other factors.

However, if the latest polls were right, the current CDU Prime Minister Hendrik Wüst North Rhine-Westphalia could no longer govern in a black-yellow coalition, purely mathematically.

Conceivable alternatives would be a grand coalition, a black-green government alliance or a traffic light coalition.

The election in the most populous federal state with around 18 million inhabitants is considered a “small federal election”.

Around 13.2 million voters are sending a clear signal to political Berlin with their vote.

A new state parliament will be elected in North Rhine-Westphalia on Sunday (May 15).

The polling stations are open between 8 a.m. and 6 p.m. 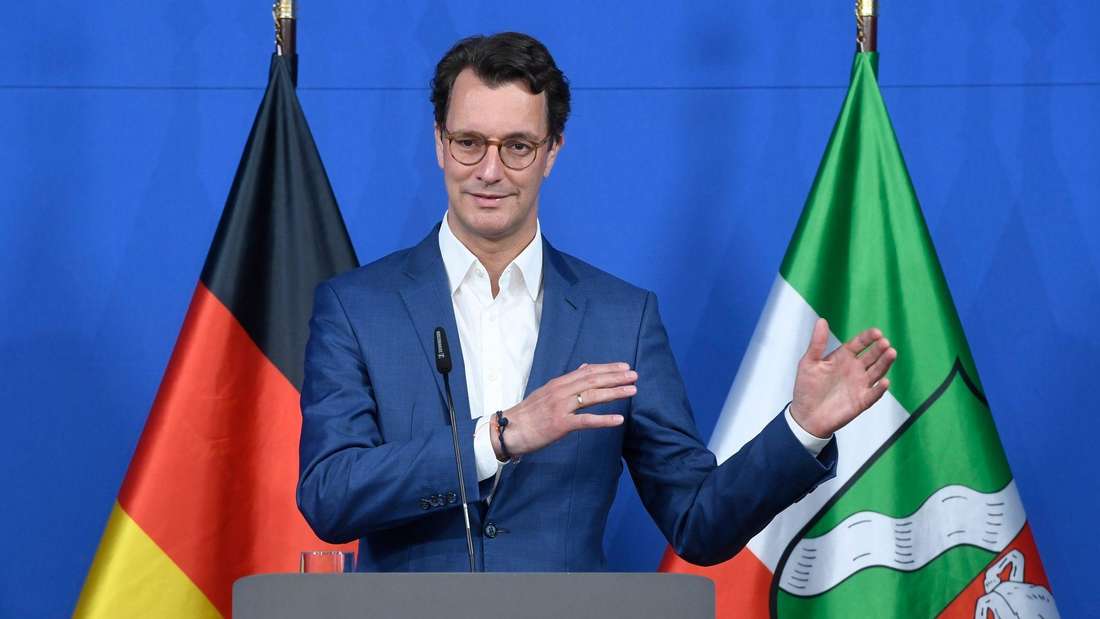 NRW survey: Wüst is in front - and could still experience a red-green disaster 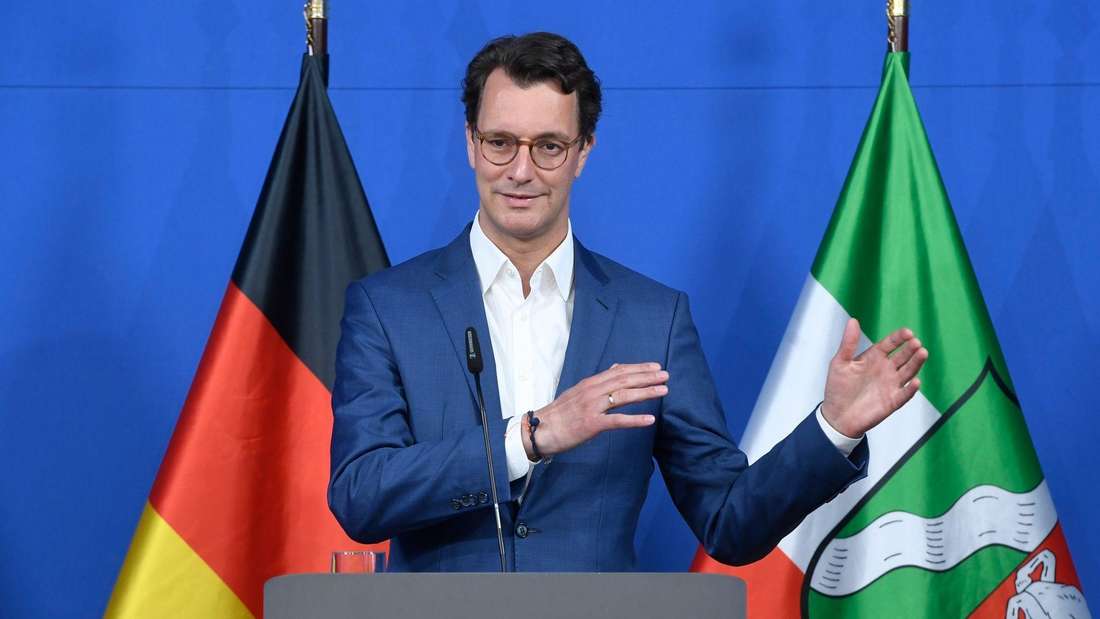 NRW survey: Wüst is in front - and could still experience a red-green disaster

Result of the NRW state election: Wüsts CDU or SPD man Kuchaty – when will the numbers come? 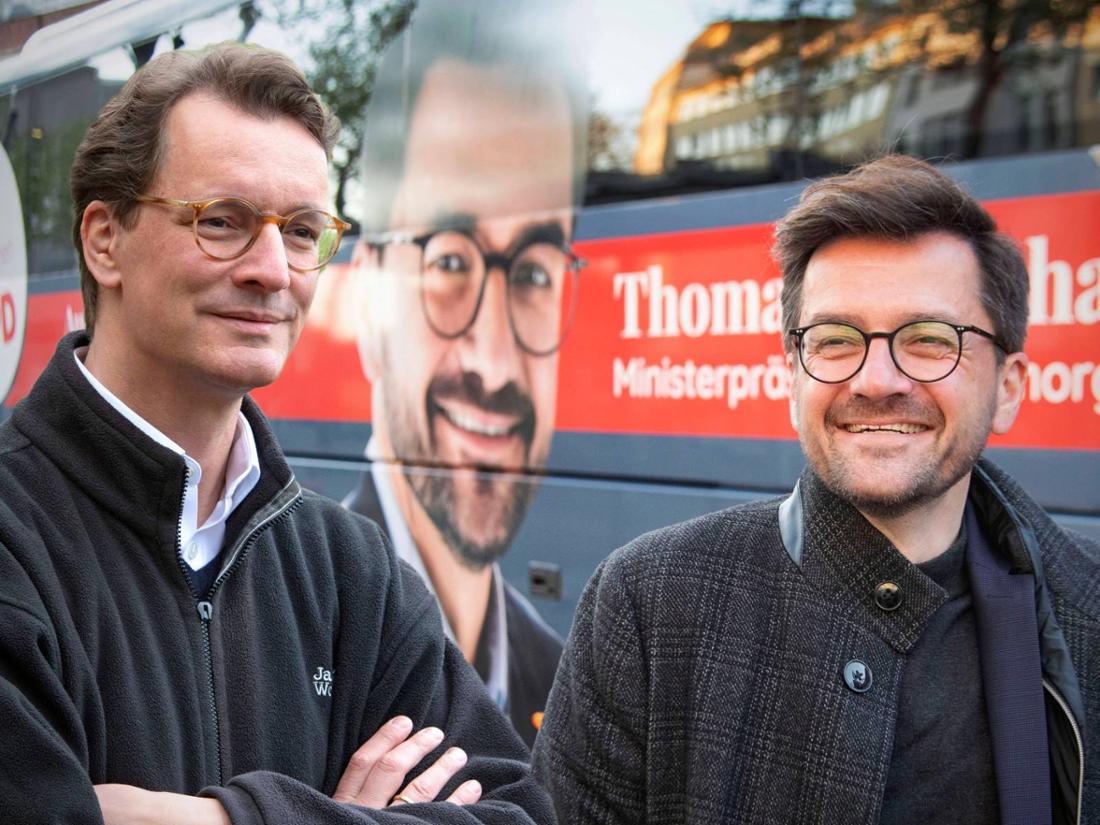 All figures for the NRW state election: projections show clear CDU victory - Greens stronger than ever 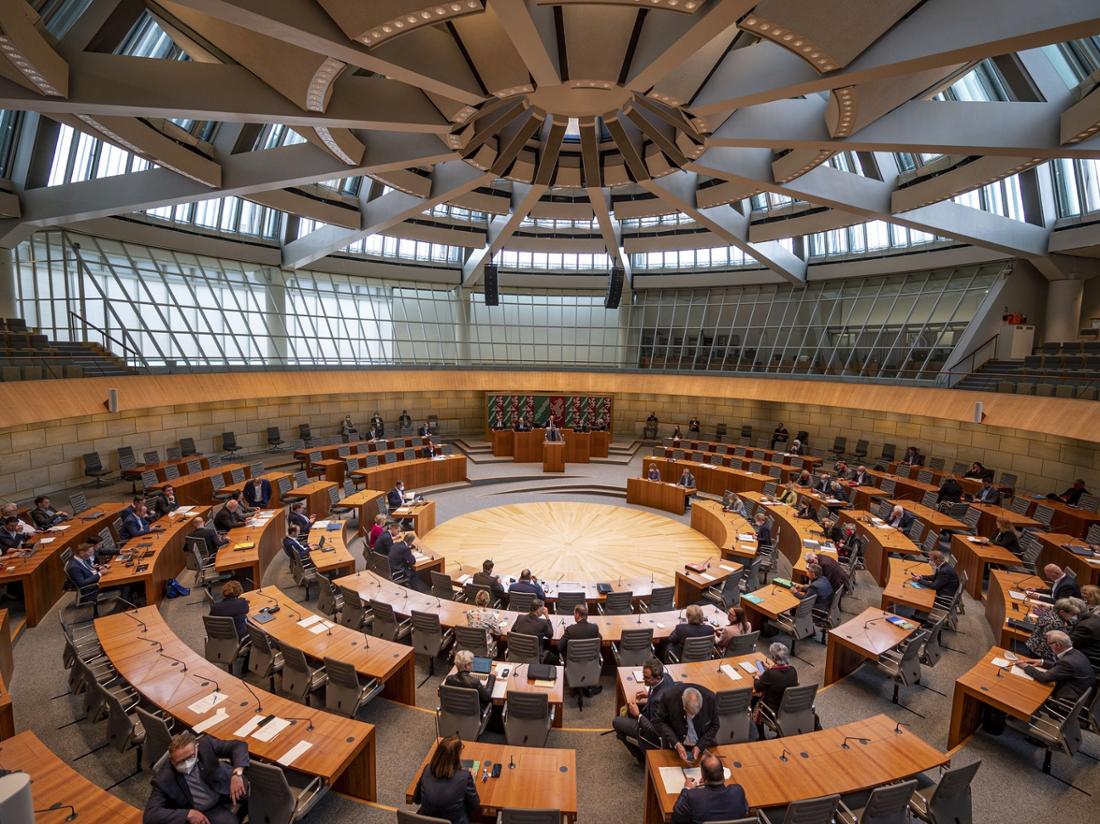 After his appeal was rejected: the murderer Shimon Cooper demands another hearing in the Supreme Court Israel today
2022-07-04T15:28:27.557Z