The weather in Hong Kong was unstable last week, and it ushered in consecutive heavy rains. The Observatory issued the first red rainstorm warning signal this year. The mainland even described it as the heaviest rainfall since the flood season this year, and many places announced early suspension of classes. Cheng Chuming, Director of the Observatory 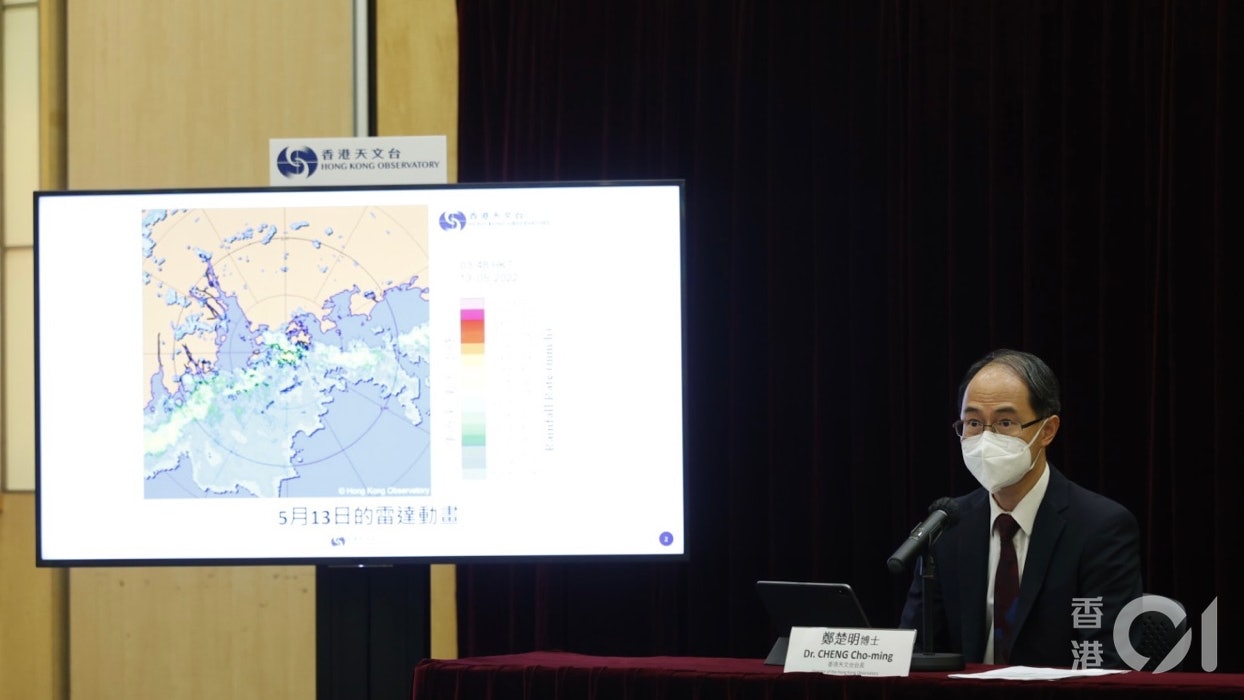 The weather in Hong Kong was unstable last week, and it ushered in consecutive heavy rains. The Observatory issued the first red rainstorm warning signal this year. The mainland even described it as the heaviest rainfall since the flood season this year, and many places announced early suspension of classes.

The director of the Observatory, Cheng Chuming, said that the timing of the rainfall outbreak is random. Last week, when the rainfall in Hong Kong reached the level of yellow rain, the neighboring Macau and Zhuhai reached the level of red rain and black rain respectively, reflecting that "there are heavy rains in the same environment, but the rainfall They are so far apart”, so it is difficult to compare the arrangements with each other.

Zheng Chuming said on the TVB program "Speak Clearly" today (15th) that the rainfall was quite severe this time. He had previously held meetings with the meteorological departments of Macao and Guangzhou to exchange information, mainly discussing scientific meteorological issues, not school suspension arrangements.

He pointed out that each local system, rainfall time, location and amount of rainfall are different, and it is difficult to compare with each other. Therefore, after the meeting, he "does our own thing" and bluntly said, "(The pressure of early suspension of classes) is nothing to tell the truth."

Zheng Chuming described the rainfall this time as quite severe. He had previously held meetings with the meteorological departments of Macao and Guangzhou to exchange information, mainly discussing scientific meteorological issues.

In terms of rainstorm forecasting, Zheng Chuming said that if you rely on computer models, input observation data into the computer, and then use physical equations to predict changes in the next few hours to several days, but when there is an error in the input data, it will increase with time, so the longer the prediction time, Accuracy will also decrease.

He took the red rain on the morning of last Friday (13th) as an example. At that time, the rainbands were mainly on Hong Kong Island and the south of Hong Kong Island. In the afternoon, the rainbands gradually moved away, and the weather improved slightly. However, referring to the computer forecast 12 hours ago, it is expected that there will still be rain in the afternoon. With coverage in Hong Kong, it can be seen that the 12-hour forecast position can vary by tens to hundreds of kilometers.

Therefore, he said that using nowcasting, the radar scans the heavy rain and forecast trends in the vicinity of Hong Kong through radar, and scans every six minutes. Now a new type of radar is being tested, which can be encrypted to once every minute. The price is cheaper than traditional ones, and the volume is smaller It is small, but the coverage is narrowed, and the high mountains in Hong Kong also constitute a limitation.

Zheng also pointed out that at present, special weather reminders are used to remind the public that a certain heavy rain area may affect Hong Kong in the next two to three hours. Also, because yellow rain is easier to grasp, the public can generally be notified in advance one or two hours in advance, but red rain and black rain are more likely to affect Hong Kong. It belongs to the "extreme of extremes". At that time, there may be multiple rainstorm areas, or two rainbands will interlace, resulting in a violent outbreak. Therefore, it is expected that the relevant indicators are not reached, and a warning signal has been issued in advance, but according to the current technology, it can be up to 10 to 10 minutes earlier. 20 minutes to issue.

He also revealed that he had used AI to assist in forecasting, but the effect was mediocre.

When asked if extreme weather will be more difficult to predict, Zheng Chuming said that climate change has brought about an increase in the frequency of extreme weather, and the use of computer models to forecast heavy rain is also limited. The forecast also pointed out that "extreme weather is caused by people", calling on the public to reduce carbon emissions and reduce electricity consumption.

▼Hong Kong under heavy rain on May 11▼

The Observatory expects the weather to remain unstable over the weekend. Director: It's okay to say that the heaviest rain has passed. Please do not go to the mountains and streams. The actual rainfall in the next two or three days is unpredictable. How many chances are there to hang red rain and black rain?

The Observatory said that the suspension of classes in Zhuhai and Macao, the former assistant director of the Observatory called for no need to follow the trend: there is no way to catch the heavy rain 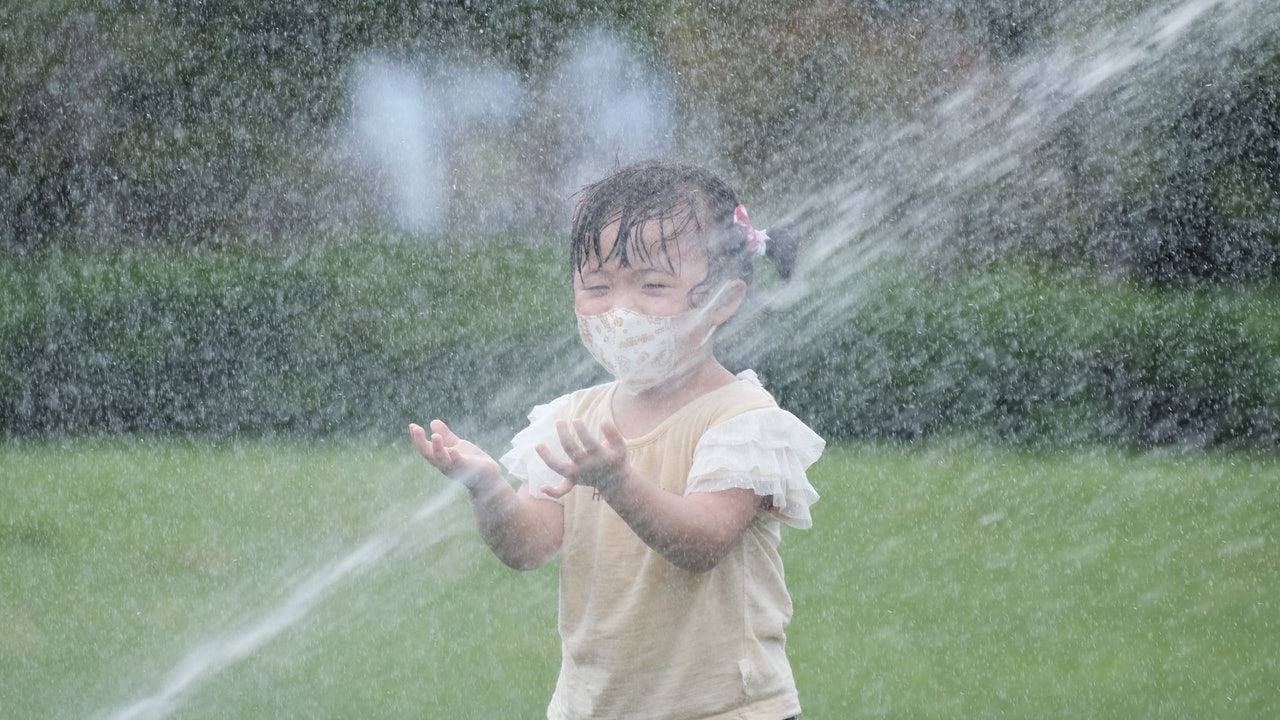 Observatory announces summer forecast, global warming and urbanization are expected to be hot and rainy from June to August

The Observatory expects that the weather will remain unstable on the weekend. Director: If the heaviest rain has passed, please do not go to the mountains and streams. 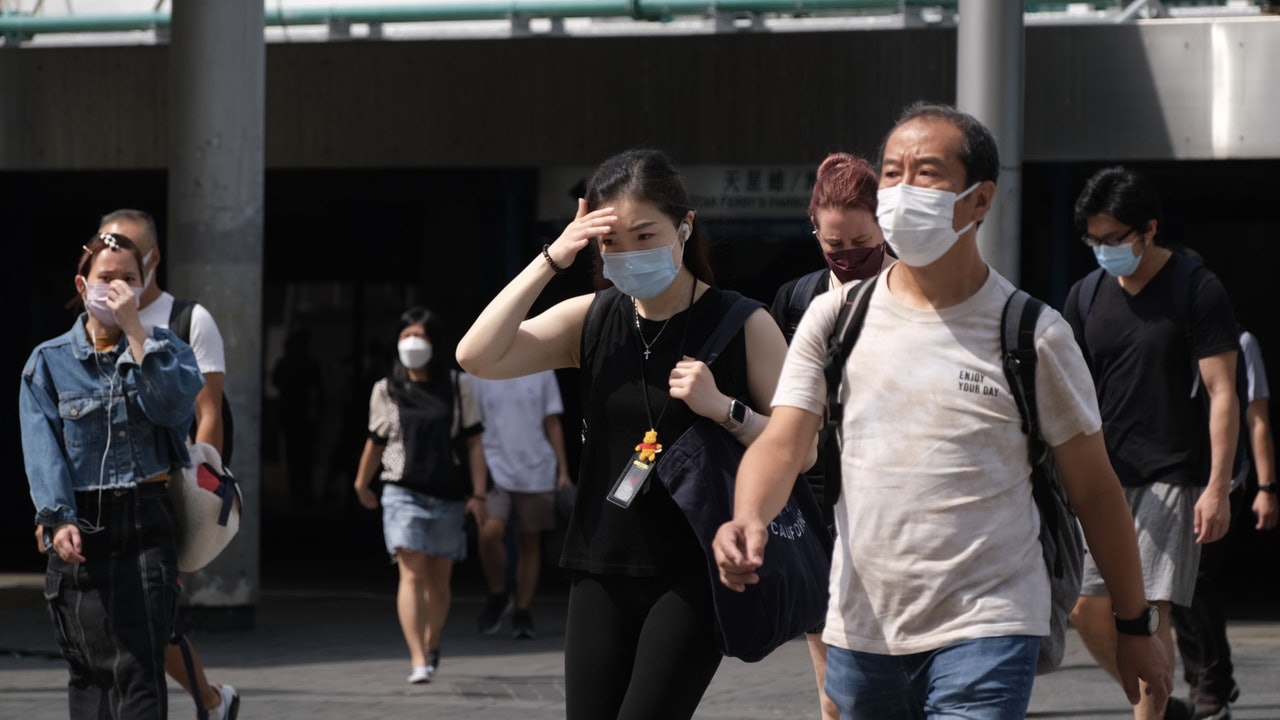 Today's "Summer Solstice" urban area records a maximum of 30.5 degrees, and the observatory is expected to be hot from Wednesday to a maximum of 33 degrees on Saturday 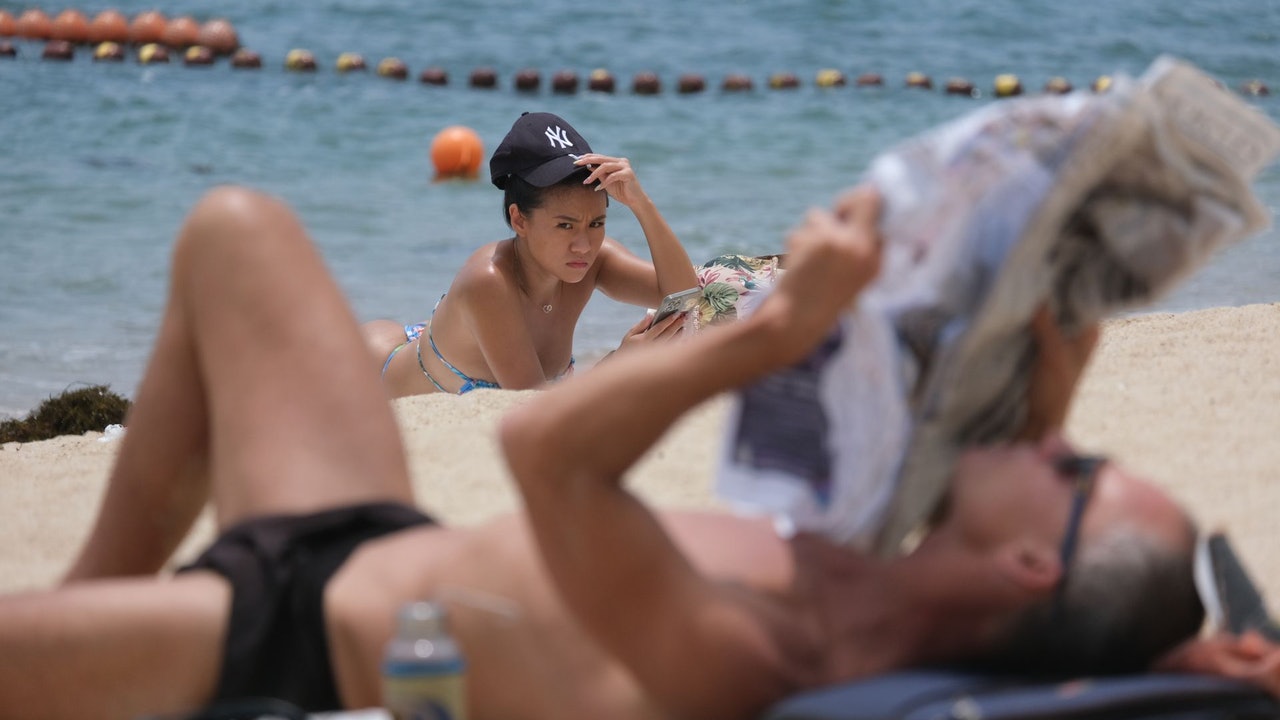 The Observatory predicts that the urban area will reach 33 degrees on Wednesday, and there will be a hot weather warning that some areas will reach 36 degrees 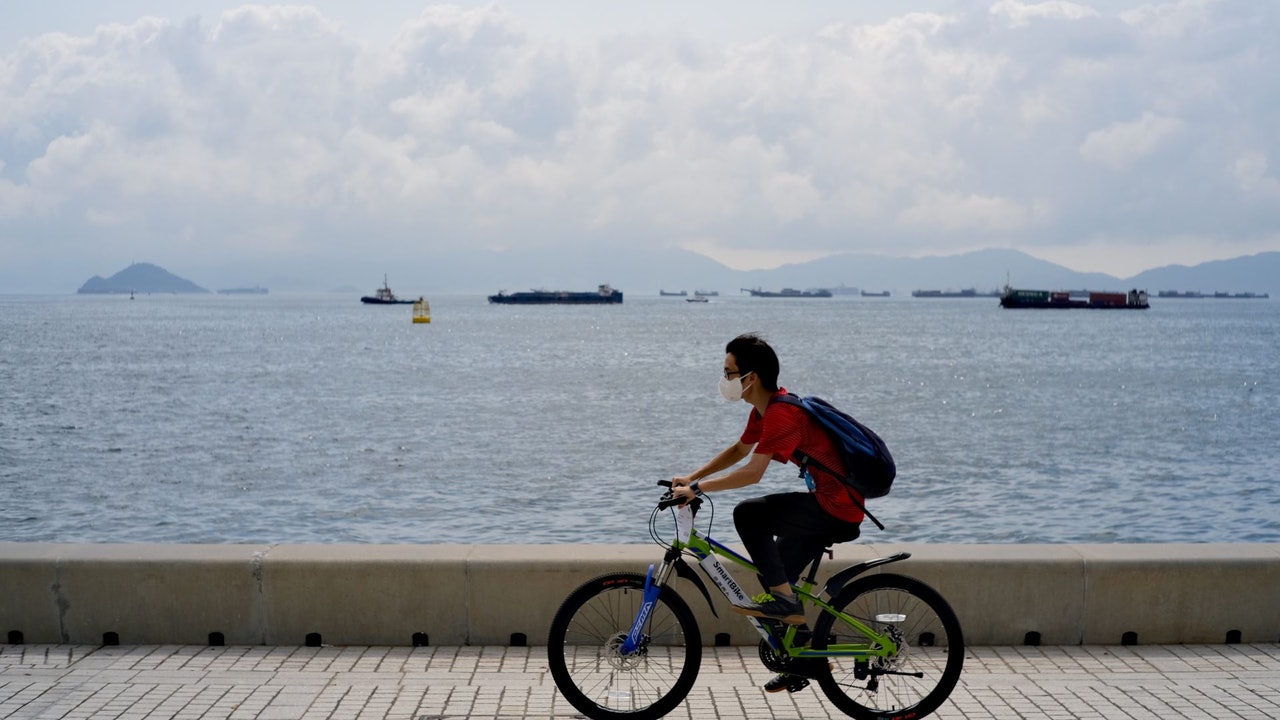 The Observatory predicts that after the "Summer Solstice", the hot city will see 33 degrees, and it will be sunny and rainy again next week 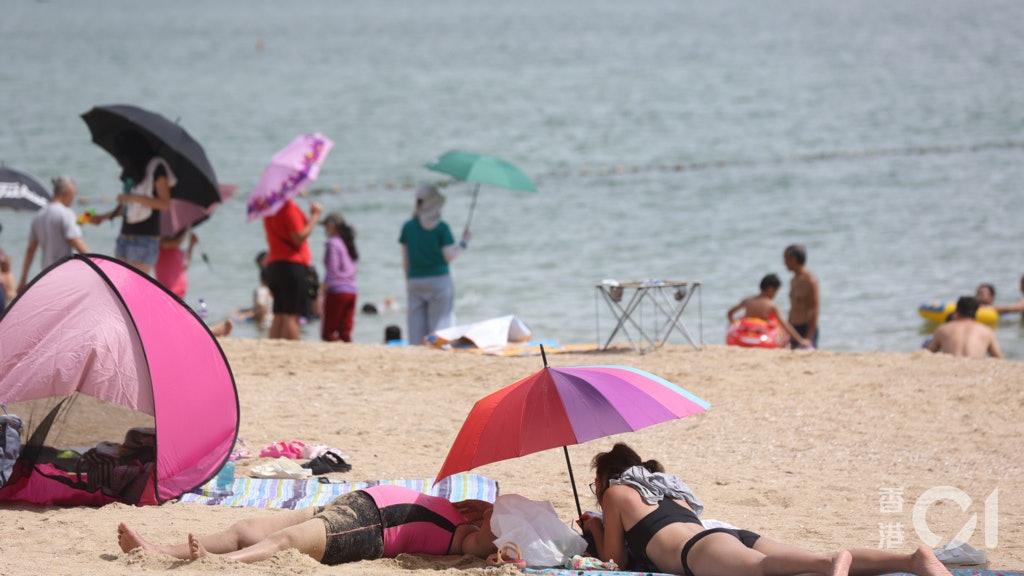 The Observatory expects the sky to improve next week, and one area may rise to 35 degrees on Sunday to welcome showers and cool down during the Dragon Boat Festival 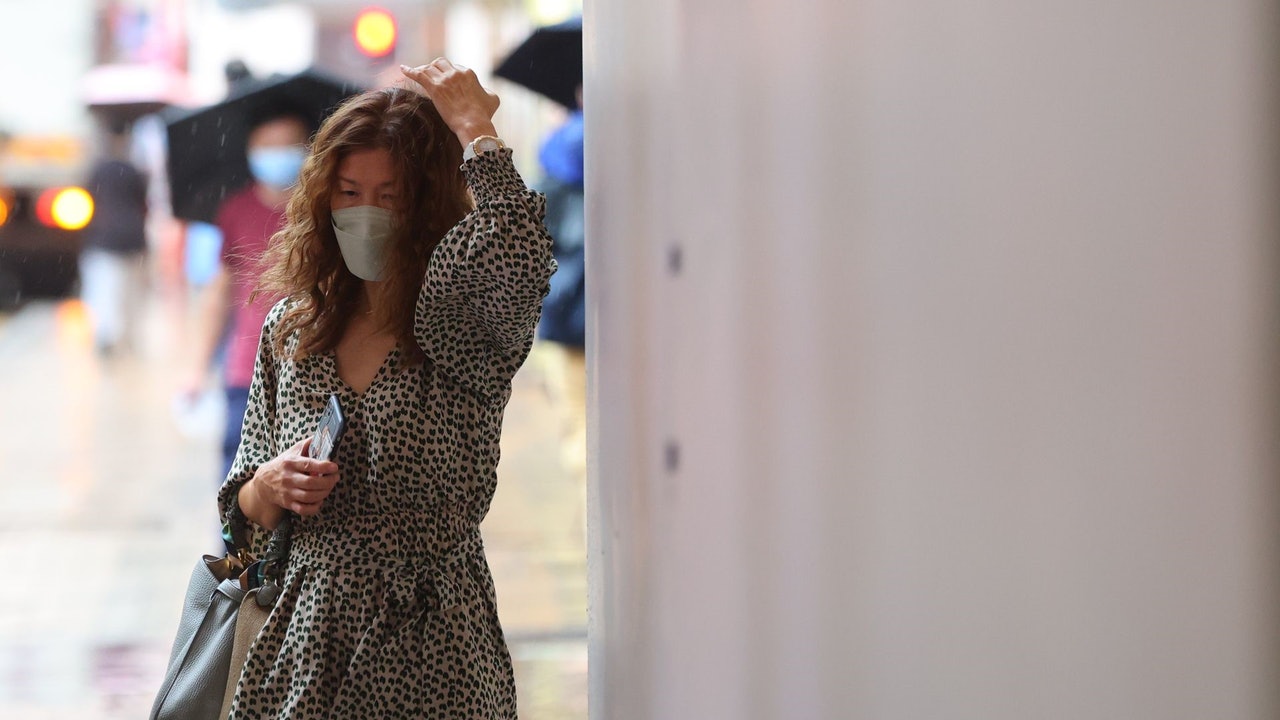 Thunderstorm warning in effect, Tai Po, Yuen Long, rain this morning, the Great Observatory is expected to be hot with occasional sunshine next week