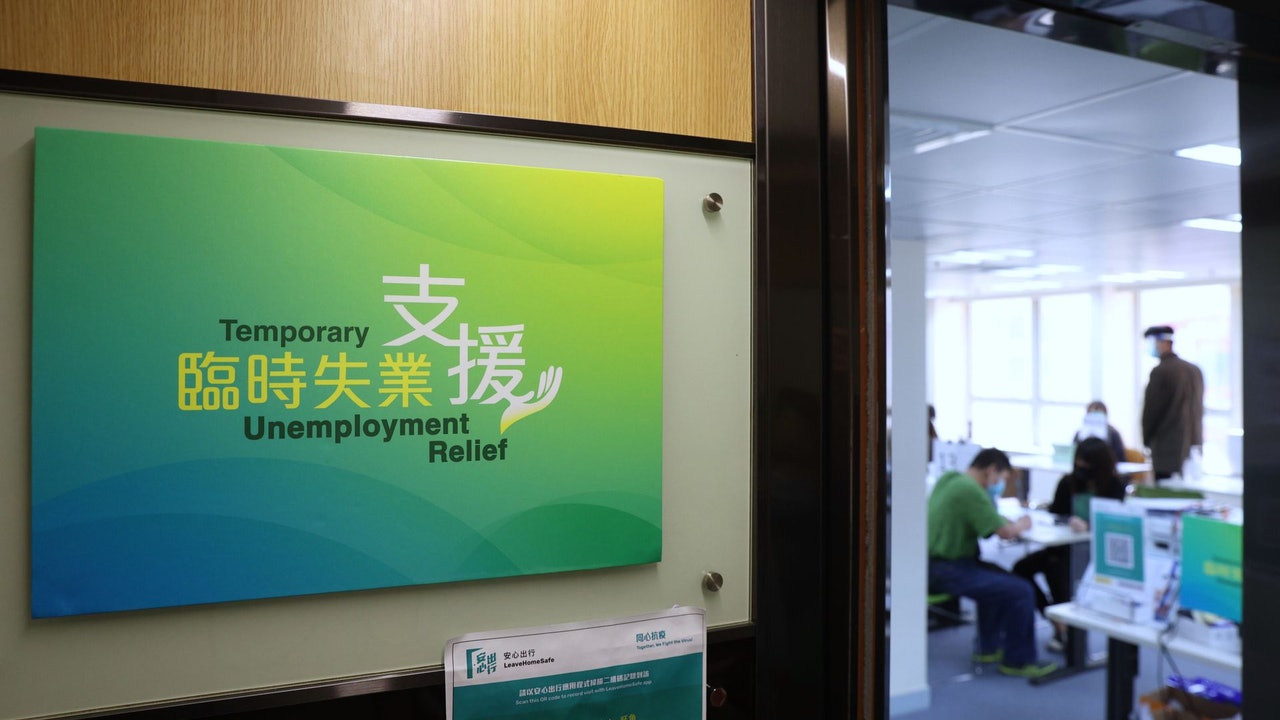 Following the rejection of a worker’s application for returning to work for a few days earlier, a worker in the catering industry appealed to Hong Kong 01, suspecting that the authorities only paid him his salary for November and December last year because his former employer only paid him in January this year. , regarded him as having no job or income at the end of last year and rejected the application.

The worker pointed out that during the approval process, the authorities did not contact him to understand the situation and did not ask for additional information. He believed that the practice of "one size fits all and no approval" was unfair, and criticized the authorities, "You (the government) say what you say, if I don't Knowing that asking for help is bullying from the government.” A trade union said that it received more than 200 requests for help from workers on the Internet that indicated that the reasons for the authorities’ refusal of applications were unreasonable, reflecting that the authorities were chaotic in the approval process and did not carefully review each application, urging the authorities to increase manpower and funding to process all review cases as soon as possible.

The siu mei chef has been unemployed for the first day of the month and has submitted the form, but he was denied approval because of his incompatibility last year.

Mr. Shen is engaged in the catering industry. He found a new job as a siu mei chef at the end of November last year. He was originally hired at a monthly salary, but as the epidemic heats up, the restaurant is closed to dine-in in the evening market. The employer at that time asked him to switch to a daily salary, with a 20% discount. He thought the practice was unreasonable and left at the end of December.

The former employer went through the bank in January this year and paid him the wages of the last two days of November and December last year, totaling about 22,000 yuan.

Mr. Shen pointed out that he has been unemployed since he quit his job. During the period of unemployment, he has been relying on savings and tightening expenses. After learning that the government launched the "Temporary Unemployment Support" program, he has submitted the application form on the first day of the application period, and recently received an application that was not approved. Notice.

According to the screenshot provided by Mr. Shen, the reason for the refusal by the authorities is that "the monthly income from October to December 2021 does not meet the requirement of RMB 2,700 to RMB 30,000". He suspects that the authorities only received the payment from the end of last year in January this year. Salary, bento he had no job and no income at the end of last year.

Mr. Shen: It's not fair to cut across the board without knowing anything about it

Mr. Shen said that it is common sense for the employer to pay the previous month's salary next month, and he did not understand why the authorities refused to approve his application. He was most dissatisfied with the fact that during the approval process, the authorities did not contact him to understand the situation and did not ask for additional information. There are several records, I don’t mind you checking, I don’t care about you (the government).”

You (government) don't ask me, you don't give any criticism at all if you don't know anything about it.

He went on to point out that when he submitted the application, a staff member told him that the plan does not have an appeal mechanism, and no one answered the plan's hotline for several days.

He went on to point out that the original intention of the authorities to launch the plan was to tide over the difficult times with the public, but he was clearly qualified but was not approved for the application. He believed that many people in the market were in the same situation as him. If you ask someone for help, Shimi will let you (the government) bully you? I think it's bullying!

10,000 mosquitoes is not an astronomical figure, but it is the desire of the government and the public to tide over the difficulties together.

▼The final application for the $10,000 Unemployment Support Program on April 12▼

The labor union has received more than 200 workers for help, saying the reasons for the refusal by the authorities are unreasonable

Tan Jinlian, vice-chairman of the Federation of AFL, pointed out that recently more than 200 workers had been rejected for help online. Some workers applied with colleagues who belonged to the same company, had the same position, and had the same salary. In the end, only the colleagues were approved. Workers with variable income earned 31,000 yuan in one month from October to December last year, but their average three-month salary was 29,000 yuan. According to the guidance of the authorities, they should be eligible to apply, but they were still considered by the authorities to have a monthly income of more than 30,000 yuan. The application is rejected for any reason.

Tan Jinlian said that she has received a large number of workers' help cases, reflecting the confusion of the authorities' approval.

Tan Jinlian: It is unconvincing to reflect the lack of transparency in the examination and approval of the authorities

Together with Mr. Shen's case, Tan Jinlian pointed out that these situations reflect the confusion in the approval of the authorities, and the details of each application were not carefully checked when approving applications, resulting in some people who met the qualifications being rejected.

She went on to point out that some workers made a request for review via email, but the response was that they could not submit any additional information on the application, which made the workers even more uneasy.

She said that if the review was just conducted by the authorities "closed-doors" according to internal standards, the transparency would be low, and it would be difficult to convince the public.

Tan Jinlian said that the concept of the government's launch of the plan was good, but the initial estimates were inaccurate, and the number of applicants far exceeded the plan's expectations, which led to problems in implementation. "It cannot be handled leniently, and she urged the authorities to increase manpower and funding to handle all review cases as soon as possible.

Tan Jinlian pointed out that some workers sent a request for review by email, and the reply received stated that the information could not be revised or supplemented.

The Policy Innovation and Co-ordination Office replied that as each application is processed individually, it will not comment on each case.

Regarding the question of the review result, the prescription responded that applicants can send an email to enquiry@tur.gov.hk to submit a request to review the result of the application and provide relevant specific reasons. The email should indicate the application number of the “Temporary Unemployment Support” scheme .

PICO continued that if the applicant makes a request and provides specific reasons, it will forward the relevant enquiry to the government agent for consideration.

The government agent will review the case and justification again, and if necessary, will ask the applicant to submit supplementary information. After the review is completed, the applicant will be notified of the final result. 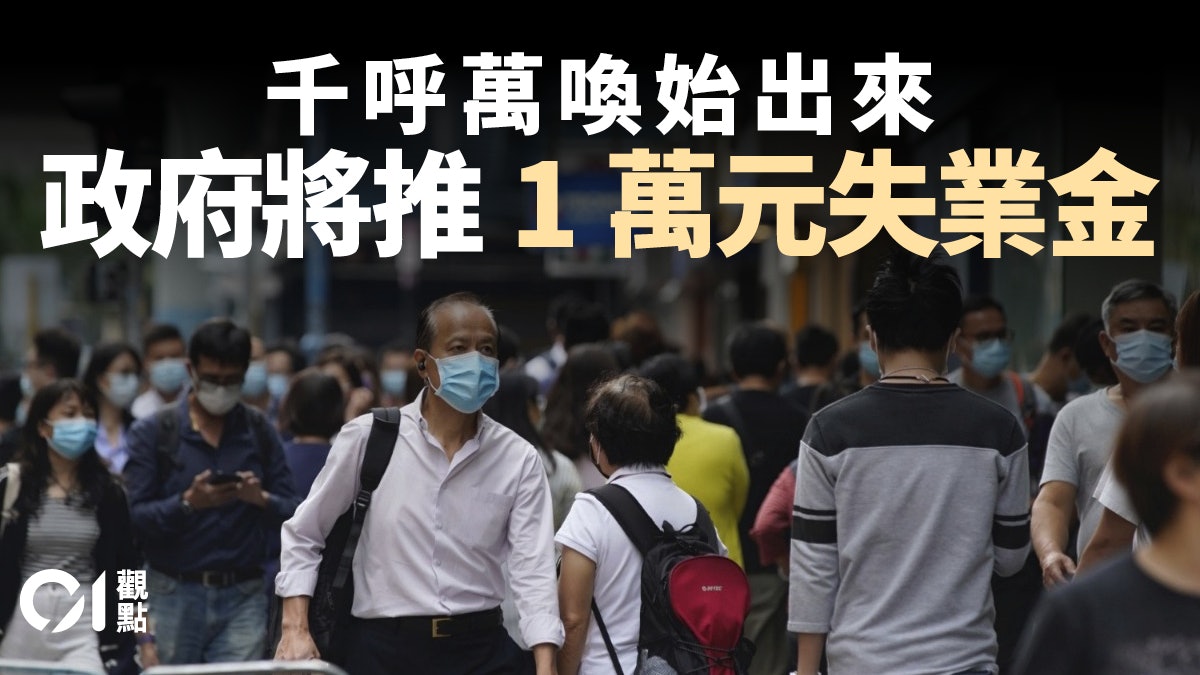 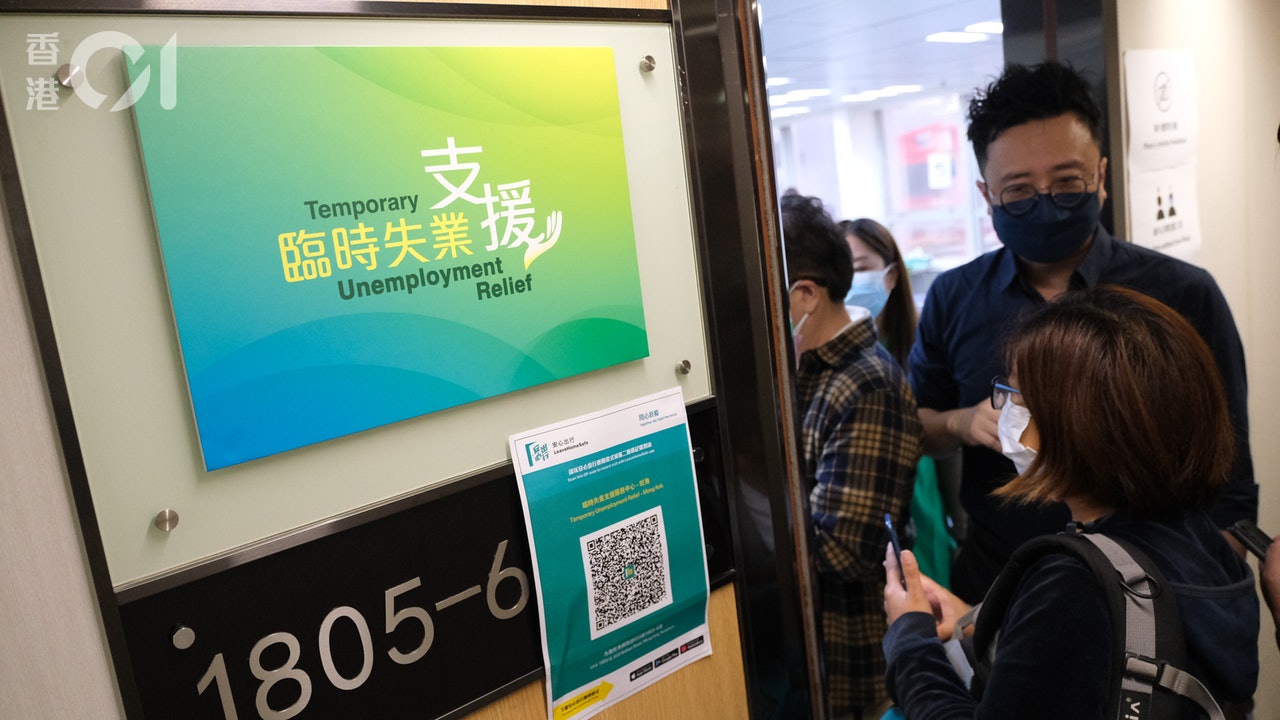 $10,000 Unemployment Support | MPs Ask for an Appeal Channel to Extend the Time Limit for Supplementary Information 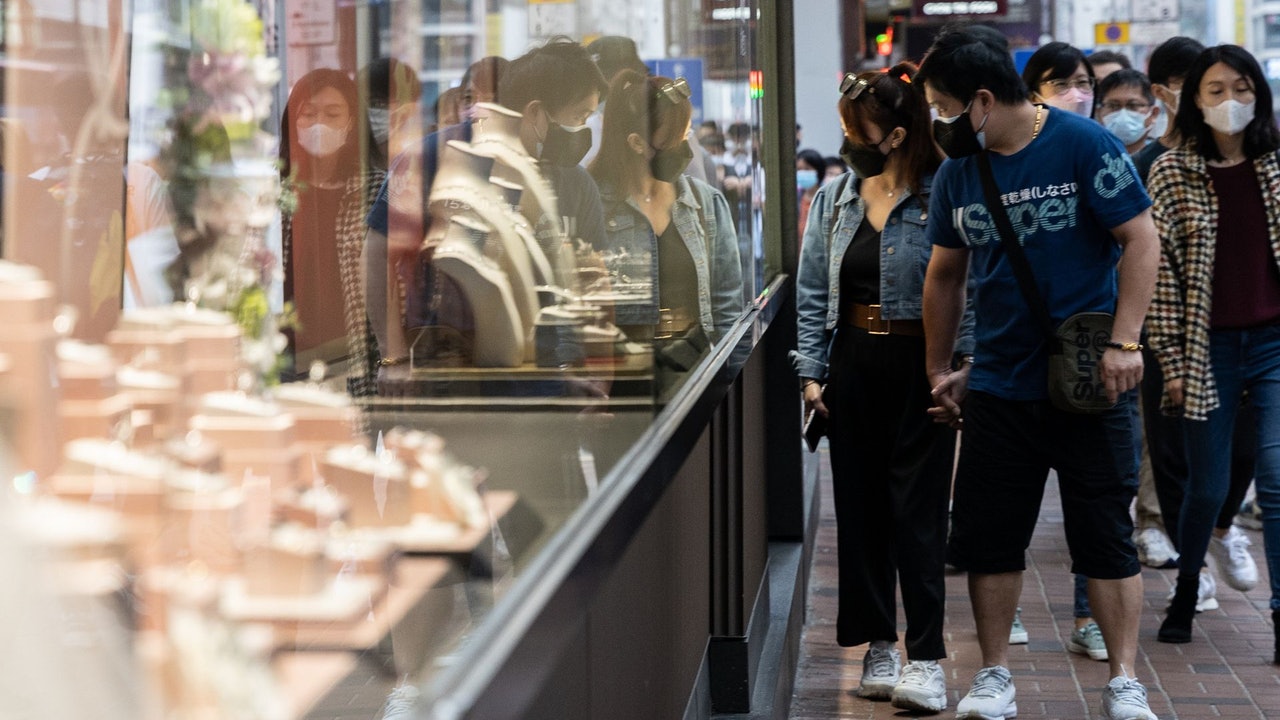 Unemployment rate rose to 5%, an eight-month high, 188,000 people without work 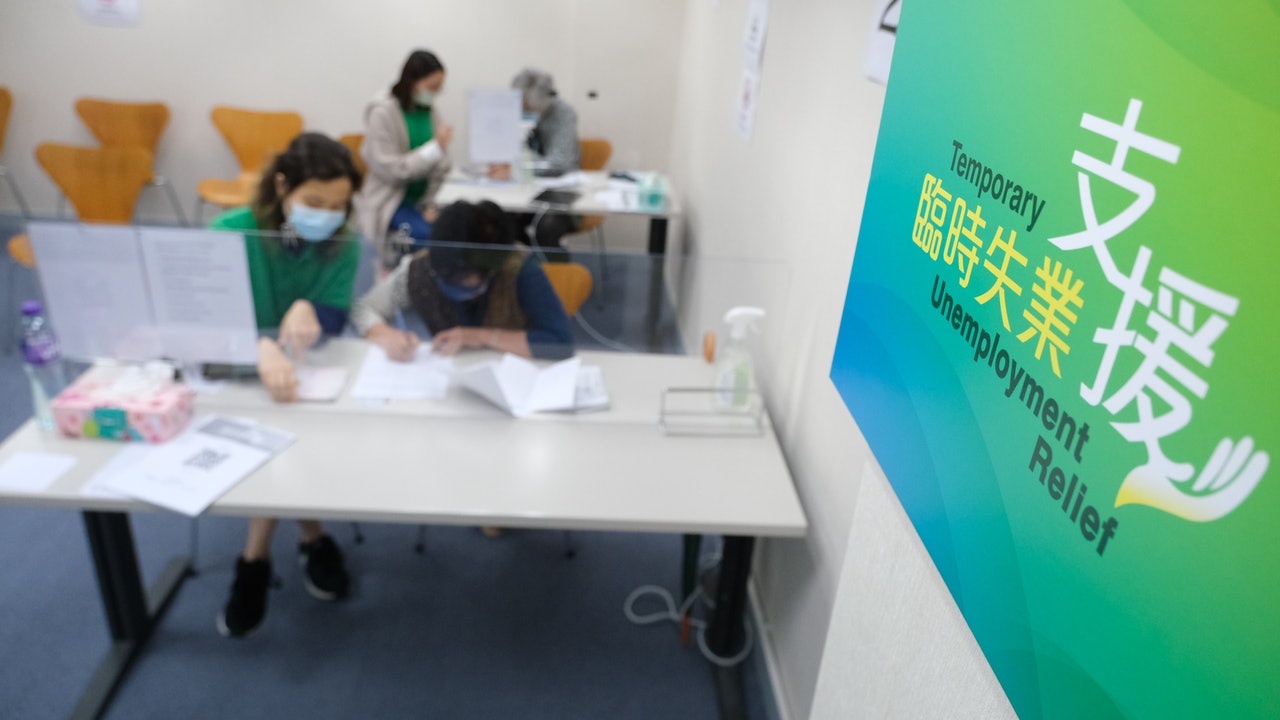 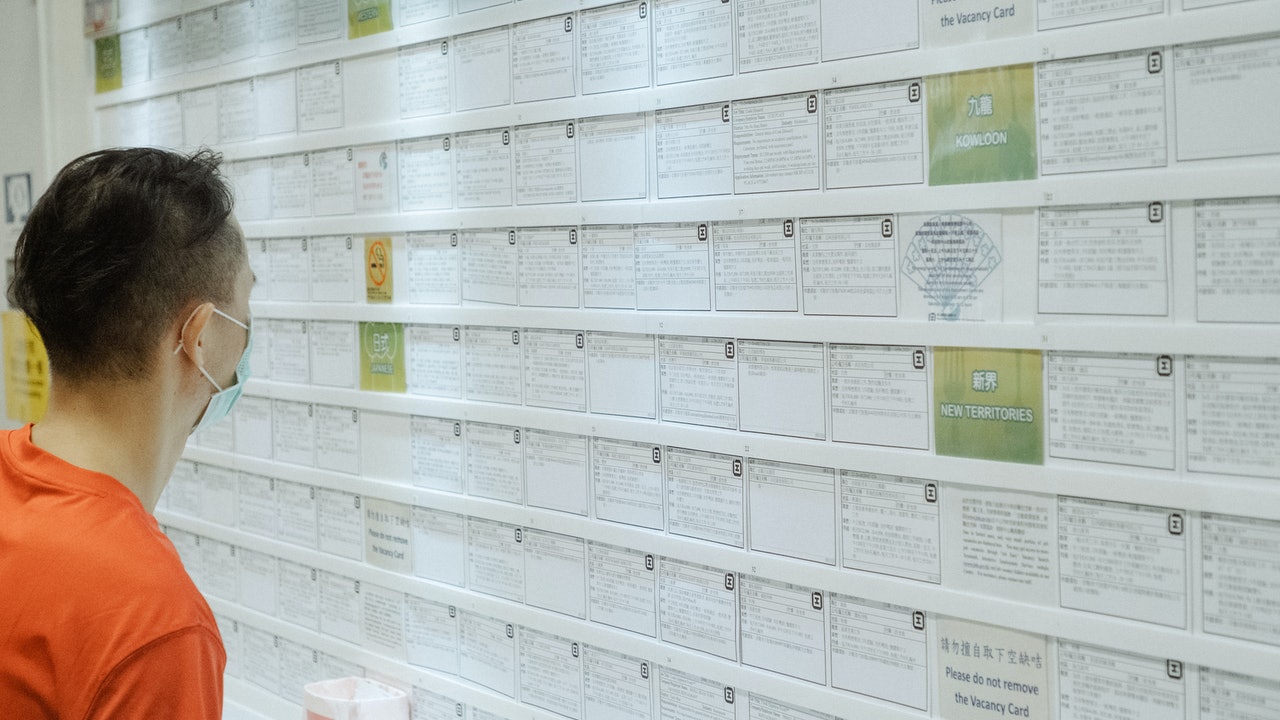 The unemployment rate in Hong Kong soared to 5.4%, hitting a ten-month high and the number of unemployed exceeded 200,000 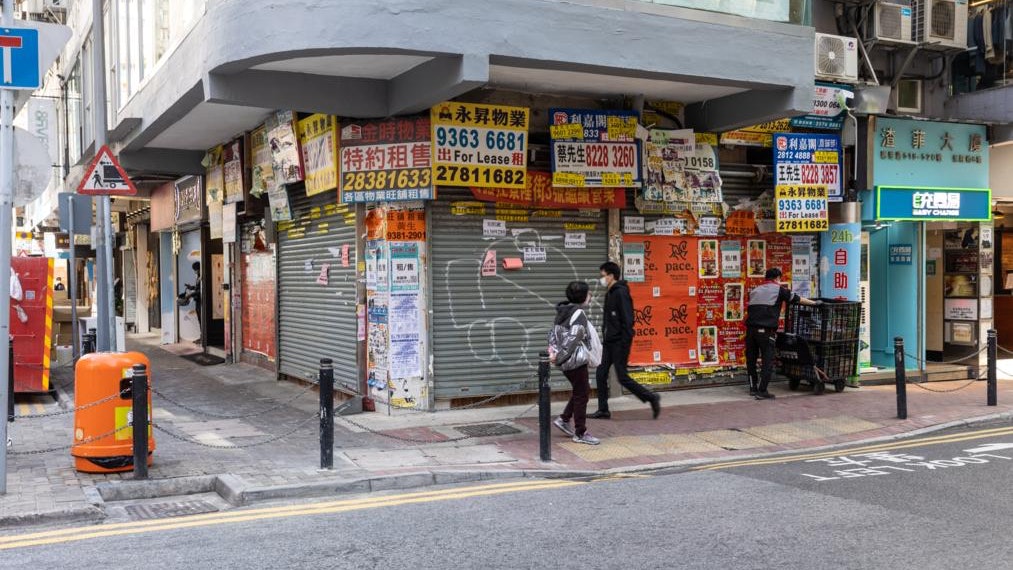 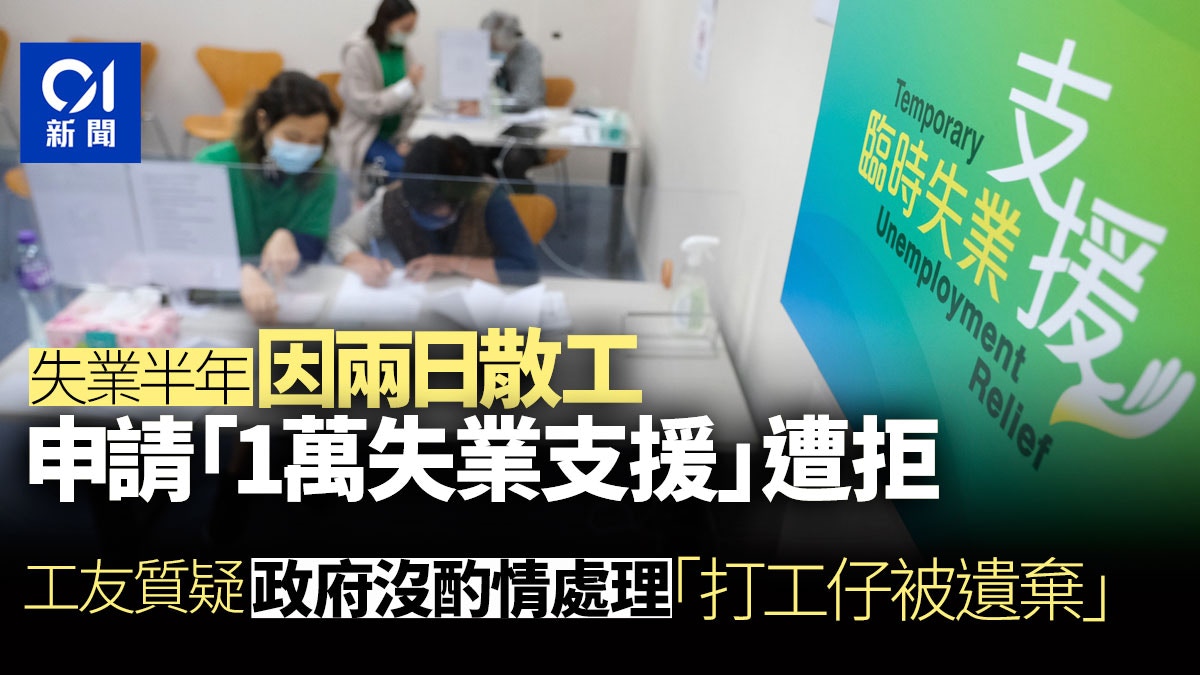 $10,000 Unemployment Support | Two-day casual work without work for half a year, the application was rejected Worker: I was abandoned 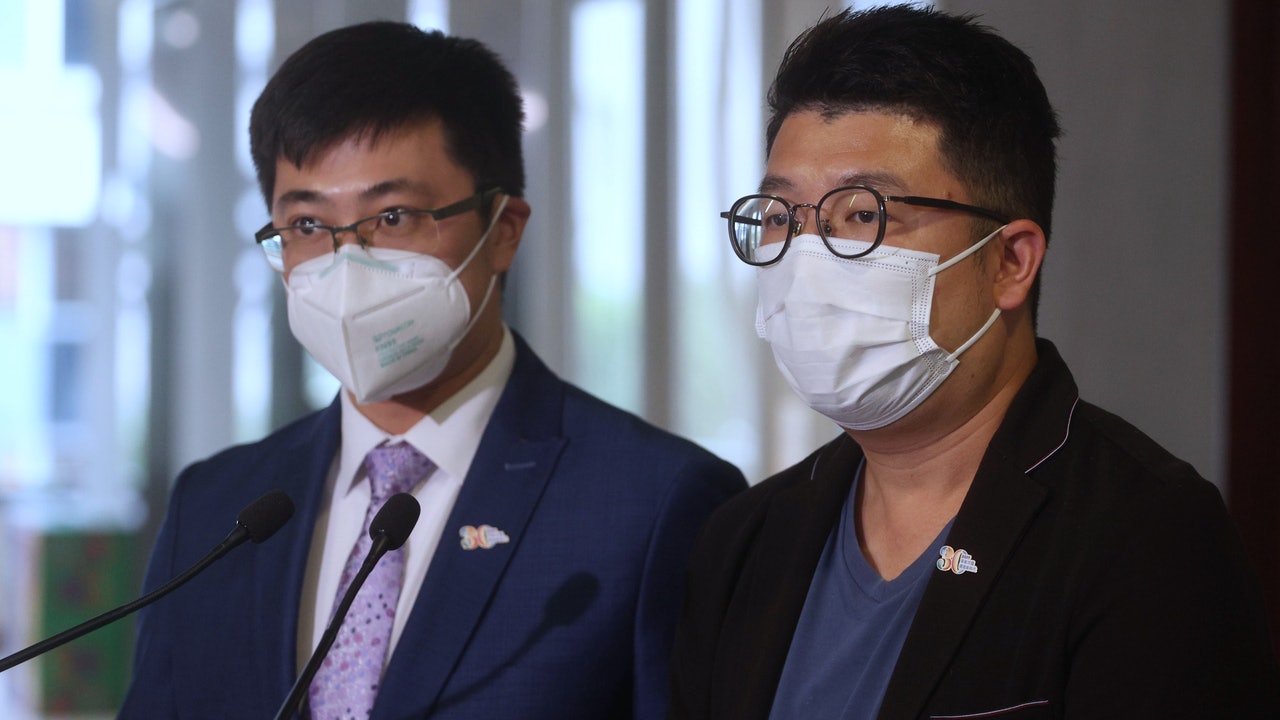 The Supreme Court strikes down a New York law that restricted the ability to carry concealed weapons in public places
2022-06-23T14:55:43.451Z

MS:18369801 SLUG: intestinal flora tips elizabeth corwin vo cafe cnn HEAD: How to take care of our intestinal flora? YT: Tips for Caring for Our Gut Flora DESC: Elizabeth Corwin, Associate Dean for Strategic and Innovative Research at Columbia University School of Nursing, provides some tips for caring for your gut flora. Among them, having a dog, reducing stress, maintaining a diet rich in fiber and consuming probiotics. In the video, the detail of each of them.
2022-06-23T14:26:04.326Z