Analysis ︱The epidemic is rampant, and new groups have been hindered from returning to normal? Hong Kong government faces a dilemma

The new crown epidemic continues to run rampant, and the number of newly confirmed cases has remained at around 200 to 300 for 10 consecutive days. Recently, there have been Yuen Long "Peony Golden Court Shangpin Hotpot Shabu Shabu", Hung Hom Xinwanghui Billiard Club, Sheung Wan Xingyuelou and 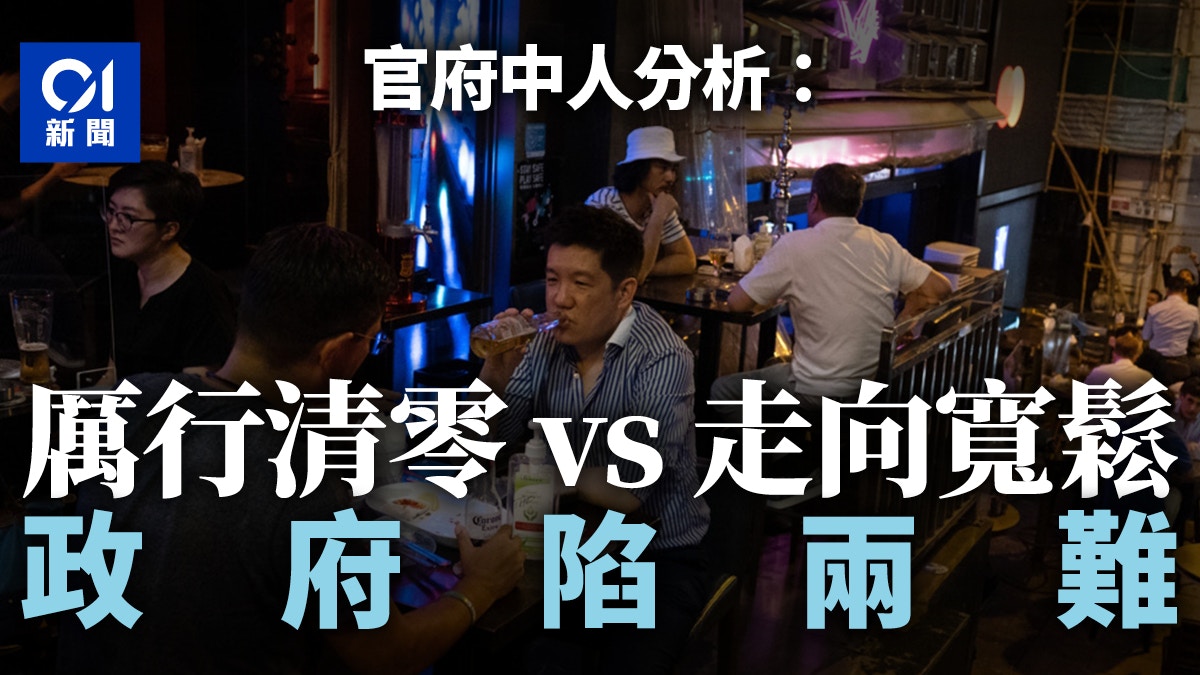 Leung Cheuk-wai, Dean of the Faculty of Medicine of the University of Hong Kong and a government expert advisor, said at a meeting recently that the sixth wave of the epidemic will be imminent if the current situation is a little careless.

She Daming, a specialist in geriatrics who attended the event, reiterated that Liang said, "It's good to meet people in the past two weeks, otherwise there will be a sixth wave of outbreaks and the meeting will be tightened again." This caused social repercussions.

The local epidemic is rampant, showing that the chain of community transmission still exists, and as social distancing measures are relaxed in stages and people's lives are gradually returning to normal, it is normal for confirmed cases to continue to appear.

However, if the sixth wave of the epidemic really breaks out at any time as pointed out by Leung Cheuk-wai, does it show that the timetable for the return to normal that the public has been waiting for will be hit again, and social distancing measures will have to be tightened?

The people of Hong Kong have been tossing around in this "infinite reincarnation" for a long time in the past two years.

Some politicians described that as citizens' lives gradually return to normal, the "critical time point" of this epidemic prevention policy will always appear, and the government needs to "select the traffic lane" and whether to "lax" or "strict" the control of the epidemic.

However, mixed with other objective socio-political conditions, the Hong Kong government seems to be caught in a dilemma at present.

According to the analysis of Liang Zhuowei's post on Twitter after the meeting, the epidemic has shown no signs of slowing down in the past period of time. If the epidemic tends to develop in the wrong direction, Hong Kong will be at the cusp of a potential sixth wave.

In addition, the "Real Time Effective Reproduction Rate" (RT value) of the School of Public Health of the University of Hong Kong has recently rebounded to a level close to 1, which means that each patient transmits to 1 person on average. If the number is greater than 1, it means that the epidemic situation has rebounded.

However, Leung Cheuk-wai's remarks immediately caused a backlash. Among them, Huang Jiahe, the president of the Food and Beverage Association, criticized the relevant remarks as "irresponsible and caused panic among the public." He also pointed out that the Faculty of Medicine of the University of Hong Kong had earlier appealed to teachers in response to the high virus levels in Kennedy Town sewage. Students should not eat in the area, which has already affected the business of nearby restaurants.

He believes that at present, many people in Hong Kong have been infected with the virus, and more than 90% of them have completed at least one dose of the vaccine, which is enough to form an immune barrier, so there is no need to worry too much.

1. Hong Kong has experienced five waves of epidemics. Various types of social distancing restrictions have resulted in the closure of premises and restrictions on travel. Some enterprises have closed down because they cannot withstand a long period of no income, and the economy has experienced "internal injuries".

In addition, in certain industries, such as beauty, performing arts, catering, etc., practitioners have switched careers because they are worried about the endless closure of premises or business restrictions, and their lives are precarious, resulting in a serious brain drain.

Therefore, the industry is very afraid that if there is a sixth wave of the epidemic, the government will tighten social distancing measures again. Therefore, Huang Jiahe reacted strongly to Leung Cheuk-wai's remarks.

On the other hand, since Chief Executive Carrie Lam announced the roadmap for a gradual return to normal on March 21, which was officially implemented on April 21, there has been a "retaliatory" consumption and travel in the society. It is close to returning to the level before the fifth wave of the epidemic; the problem of "speculation" in sports venues of the LCSD has reappeared and is more serious than before, which to a certain extent reflects the strong demand for sports activities.

From any point of view, Hong Kong society cannot afford another tightening of social distancing.

2. Although the government and medical experts have repeatedly emphasized the importance of vaccination for epidemic prevention, it is well known that the role of vaccines is not to prevent infection, but to ensure that the risk of severe infection and death of citizens is greatly reduced. To prevent the medical system from collapsing, it is inevitable and unavoidable that the number of confirmed cases will rise after social distancing measures are relaxed and society returns to normal.

The real question is how the government interprets these numbers, and how it will respond when confirmed cases pick up.

Carrie Lam has "cleared" the reality of difficulties, and there are variables in the change of government

Some politicians have reported to the author that people with discerning eyes know that although the government claims to be "internal defense rebound" on the surface, as pointed out by another government expert adviser Yuan Guoyong, Hong Kong is entering a state of "epidemic control", and it is necessary to accept the fact that the virus will not leave human beings. , it is difficult to "eradicate", as long as the number of infected people is kept low, the medical system is not paralyzed, the number of deaths and severe cases is minimized, and the damage is minimized.

The person went on to point out that if the epidemic is to be "terminated", the most effective way is to conduct compulsory testing for the entire population.

However, from the caliber of Carrie Lam's response in recent months, it is obvious that the other party does not want to carry out a nationwide forced inspection at the end of her term, adding uncertainty and preferring to focus on other unfinished work on the political platform.

Moreover, seeing that Shanghai's strict closure of the city has caused storms all over the city, some people have run out of food and cannot go out for shopping, and there are all kinds of chaos in administrative arrangements. Obviously, the Hong Kong government does not dare to act rashly.

In this case, in reality, Hong Kong will have to fight the virus for a long time.

Another official in the government privately pointed out that Hong Kong has been deeply involved in the ideological battle of "dynamic clearing" and "coexistence with the virus". Although the Hong Kong government has still not stated that it will give up "dynamic clearing", after weighing the actual environment in Hong Kong, Relaxing social distancing measures is already the first step in "coexistence". It is just based on "political correctness" and does not dare to openly disagree with the national policy.

As the epidemic shows signs of rebounding, I believe the government will once again face a dilemma: whether to implement a clear-cut approach or take a more relaxed approach, both of which have obvious advantages and disadvantages.

Lam Cheng Yuet-ngor made it clear last week that zero confirmed cases in Hong Kong used to be a prerequisite for customs clearance, but this point needs to be re-examined with the mainland in the future. I believe she is also aware of the reality that Hong Kong "cannot be cleared for a long time", and I hope the central government will observe it.

The official believes that the incoming chief executive, Li Jiachao, is more "politically correct" than Carrie Lam, and he regards customs clearance with the mainland as his top priority. Everyone has doubts whether he will "dynamically clear" the mainland for the sake of it. Docking, put social affordability at a lower level, and tighten social distancing once the epidemic rebounds after taking office.

"If the epidemic prevention policy is tightened for a long time, social grievances will rise, the economy will collapse, and the government will be unable to withstand it. This lesson has already been taught by Carrie Lam. After Li Jiachao plays, how will he view the difficulties in his life?"

Chen Kaixin: The government must further explain the direction of epidemic control

Chen Kaixin, a member of the Legislative Council Election Committee who was a political assistant to the Food and Health Bureau, said that the government has not yet properly evaluated its future prevention and control strategies. At the meeting of the Legislative Council Health Services Committee last week, he asked if the government wanted to continue "dynamic clearing". When it was time to let the epidemic "continue naturally", officials did not respond positively.

She agrees that as society returns to normal, individual clusters of infections will definitely appear, but the question is how to prevent the fifth wave from spreading to elderly care homes and the collapse of the medical system. , the sixth wave of the epidemic will appear early, and the government needs to further explain how the epidemic has entered a new stage.

Regarding Liang Zhuowei's remarks, Chen Kaixin pointed out that he would personally understand it as "describe a worst case (worst case), if you don't want this situation (tighten social distance again), you must act now."

For example, she pointed out that strengthening the "safe travel" case tracking function and strengthening the door-to-door injection service for groups with unsatisfactory vaccination rates are all directions that can be prioritized in the future.

Lin Jianfeng, vice chairman of the Pakatan Harapan and member of the Executive Council, said that he does not comment on the remarks of individual experts, but believes that the efficiency of case tracking after the recent outbreak of infection clusters is not bad, and the current epidemic situation is "not so terrifying (the sixth wave will break out at any time). )", so don't worry too much, the citizens are good enough to keep the rules and complete vaccinations as soon as possible to defend against the threat. 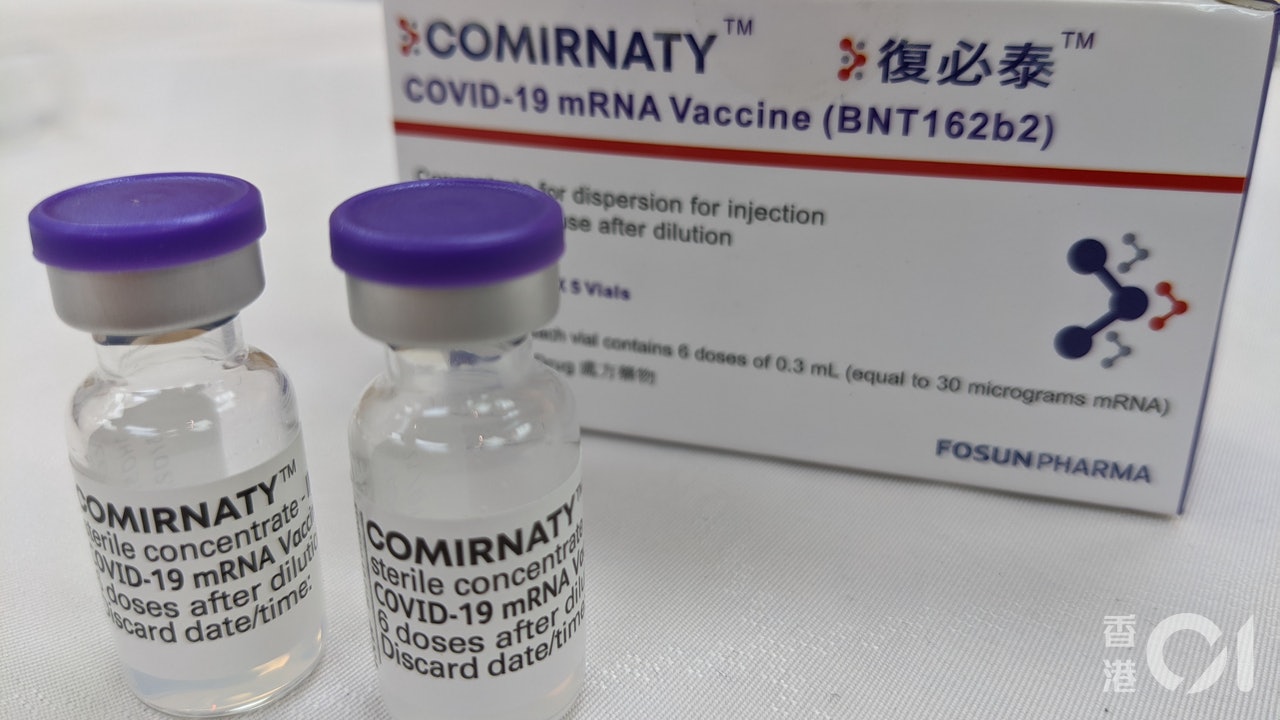 The government will pay 2 million to the vaccination case before death. The expert committee has commented that the cause of death is uncertain

Analysis ︱The epidemic is rampant, and new groups have been hindered from returning to normal? Hong Kong government faces a dilemma 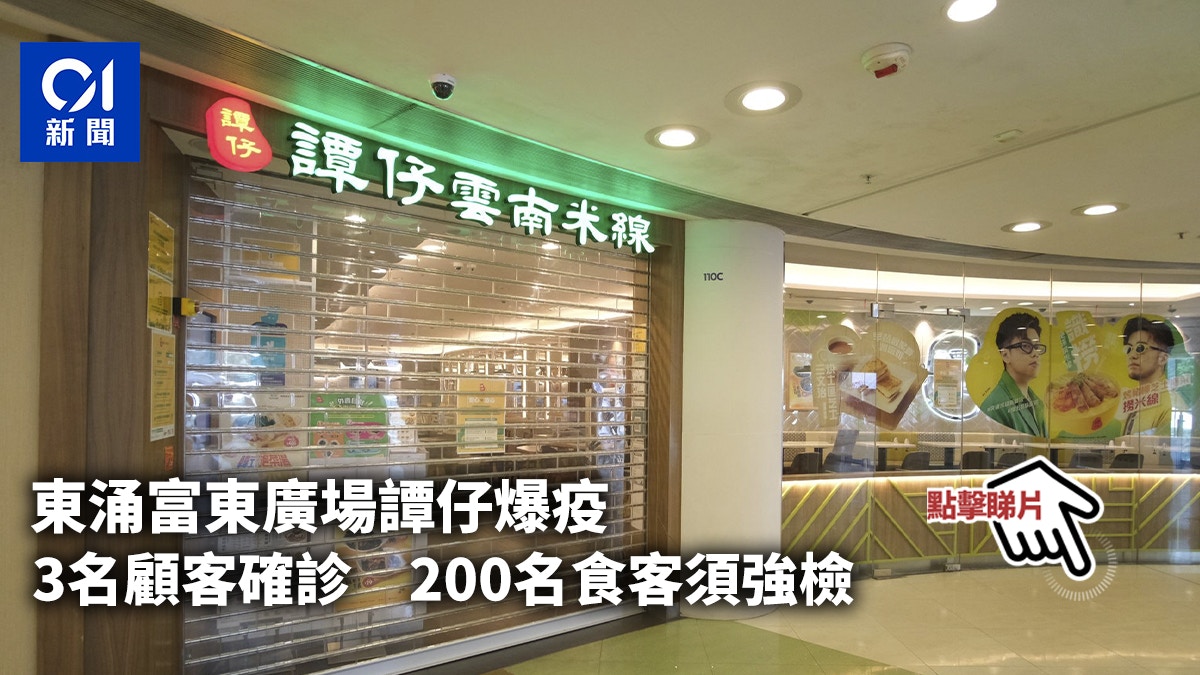 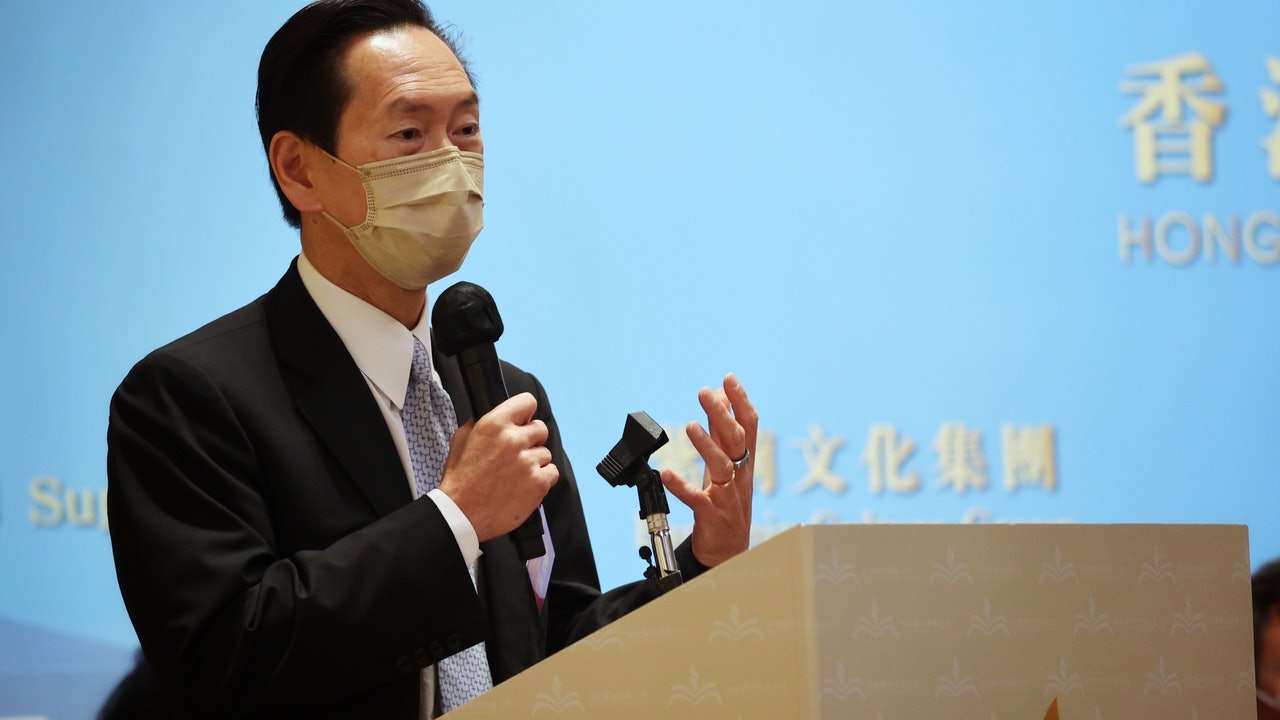 Withdrawing from Hong Kong︱Chen Zhisi: The quarantine rules for companies to return to Hong Kong should not be maintained for a long time 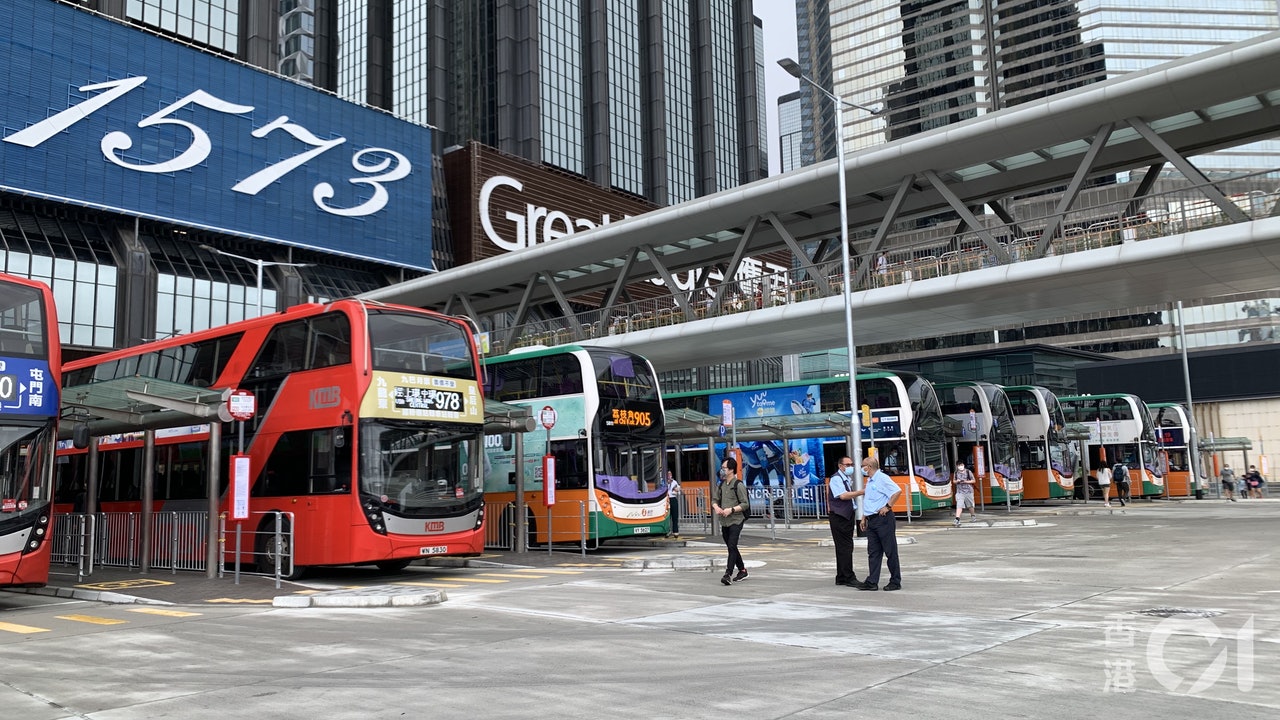 The pond fish affected by the Russian-Ukrainian war: Sri Lanka is in chaos or there is a famine

epidemic. Live | A new variant virus is suspected of entering the community health protection center to explain the epidemic 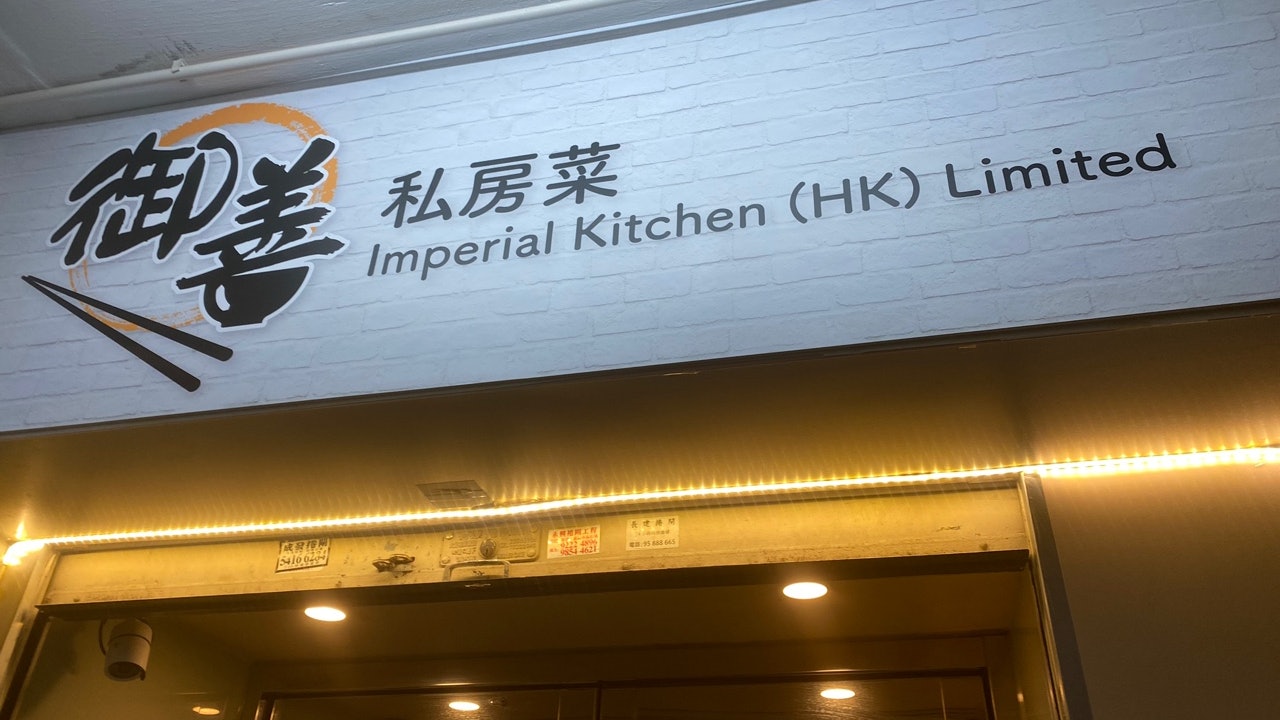