Budapest maintains blocked the sixth package of sanctions on Moscow, which includes the oil embargo, due to its high dependence on crude oil imported from Russian territory

Brussels hopes to overcome Hungary's veto of the Russian oil embargo in the coming days and thus approve the sixth package of sanctions against Moscow for the invasion of Ukraine.

The European Commission, according to community sources, is negotiating with the Government of Viktor Orbán a community investment program that would help alleviate Hungary's dependence on Russian hydrocarbons.

The plan will be accompanied by a transitional period for the end of imports of Russian oil in some EU partners, a period that is to be used to build new transport infrastructure.

The same sources trust that the probable agreement between Brussels and Budapest will allow the sanctions to be approved this week or the next at the latest.

Follow the last hour of the war in Ukraine

The EU foreign ministers, who are meeting this Monday in Brussels under the chairmanship of the High Representative for Common Foreign and Security Policy, Josep Borrell, will address Hungary's veto, although without any possibility of overcoming it, according to diplomatic sources.

Brussels trusts, however, that in the short term Orbán's support for the sanctions will be achieved thanks to a multi-million dollar commitment of European investment in that country's energy security.

Community sources hope that the agreement will be reached after the approval this Wednesday of an update of the community plan (baptized REPowerEU) to rapidly reduce dependence on hydrocarbons.

The draft of the document, to which EL PAÍS has had access, proposes partially redirecting numerous items from the community budget, including cohesion funds and those of the Common Agricultural Policy, towards renewable energy projects, energy efficiency and distribution infrastructures.

Brussels also proposes to use part of the considerable income of the States thanks to the auctions of the CO2 emissions market.

And the Commission undertakes, among other measures, to approve before the end of the year a rule that "will accelerate the design and reimbursement of energy efficiency and renewable projects through the usual reimbursement mechanisms of the cohesion policy", according to the draft of said plan.

The objective is to guarantee the energy security of the 27 Member States of the EU.

But Orbán is not satisfied with vague promises of interconnection like those that Spain has been hearing for two decades and demands very specific investment plans and a clear schedule of compliance so that everything is not left up in the air.

In the case of Spain, the EU committed in 2002 to an electrical interconnection equivalent to 10% of the power installed in 2005. The objective was postponed and currently does not reach 3%.

The Spanish Government, precisely, is insisting that the new REPower EU plan include the interconnection demands of the Iberian Peninsula with Spain.

The third vice president of the Government, Teresa Ribera, has written to the Commission demanding greater investment.

Spanish sources regret that the latest draft of the Commission document does not yet include the Spanish requests and there is no reference to the MidCat gas pipeline, the connection project with France through the Catalan Pyrenees that was abandoned in 2019 and is now being recovered .

The Commission estimates that the adaptation of the oil transport infrastructure to allay the concerns of Hungary and other countries in a similarly dependent situation will not be very large.

In some cases it is about building new pipelines, from the west and south of the EU, and in others, extending or increasing the capacity of existing ones.

Investments are much more advanced in the gas sector and between this year and next, facilities with the capacity to transport 20,000 million cubic meters per year will come into operation, according to the Commission document.

In the electricity sector, Brussels puts an additional investment of 29,000 million to adapt the network to new needs.

The haggling with Orbán, according to community sources, revolves both around the community investment destined to finance the pipeline network and the specific deadlines for its execution.

And those sources hope that the deal will lift Hungary's veto and maintain the unanimity that has prevailed since the first round of sanctions in late February and was in jeopardy as they delved into the delicate terrain of energy supply.

The president of the Commission, Ursula von der Leyen, proposed earlier this month the suspension of imports of Russian crude oil in a period of six months and those of refined products in eight months.

But this new round of sanctions, which already affects a core part of the commercial relationship between the EU and Russia, has run aground due to the fear of several countries, with Hungary at the forefront, of endangering the security of their energy supply.

The group led by Orbán includes Slovakia, the Czech Republic and Bulgaria, countries that have voiced less of their objections to Von der Leyen's proposal, but which are in a situation of risk similar to that of Hungary: high dependence on Russian oil, few or no alternative connections and no seaports through which to import crude oil by ship.

Diplomatic sources acknowledge that this is a real problem and that once the problem with Hungary is resolved, the rest of the countries will be able to benefit from the agreement and the desired unanimity will be achieved to approve the sanctions.

The negotiation with Budapest has included a lightning visit by Von der Leyen to the Hungarian capital to meet with Orbán and a telephone call from the French president, Emmanuel Macron, to the Hungarian prime minister.

In addition to the oil embargo, the sixth round of punishment against Moscow includes the sanction of high-ranking soldiers or those considered responsible for the massacres in Bucha, on the outskirts of kyiv;

a ban on three major Russian banks, including the largest of them, Sberbank, from using the SWIFT financial communication system;

and the suspension of broadcasting licenses for three large Russian television channels, accused of being instruments at the service of propaganda and disinformation spread by the Kremlin.

Diplomatic sources assure that the 27 countries already agree on all these sanctions and the only thing left to do is overcome the last hurdle of the oil embargo.

Von der Leyen already warned when he launched the proposal: "It will not be easy, some member states are heavily dependent on Russian oil, but we simply have to do it." 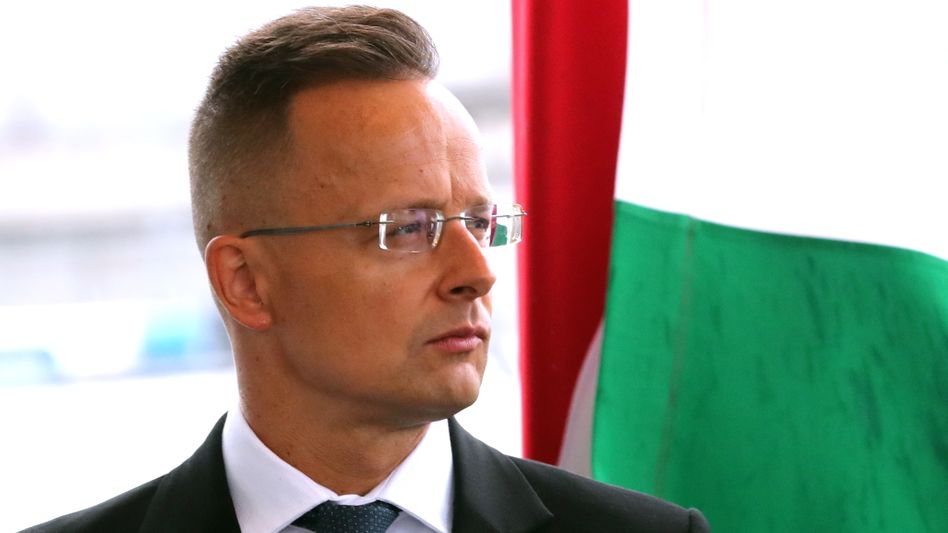 Planned EU embargo: Hungary does not want to do without Russian oil 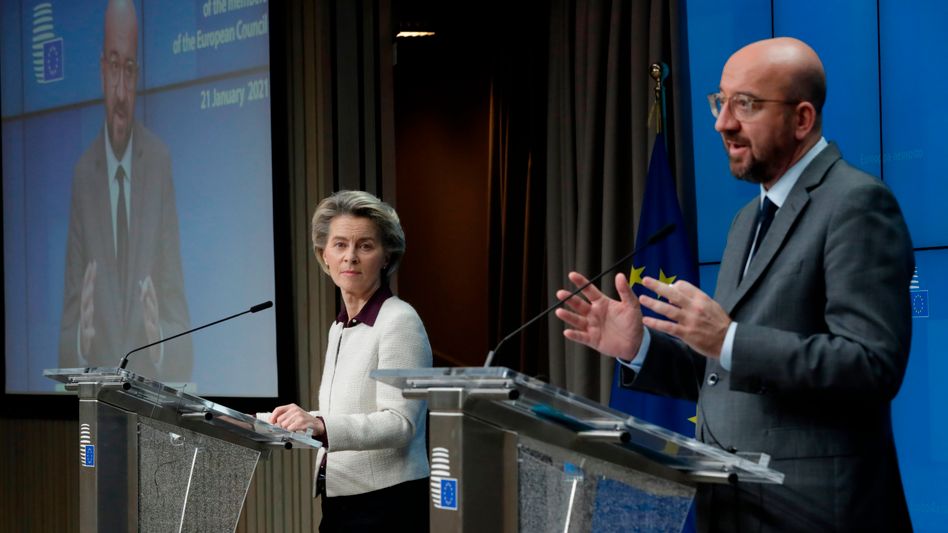 Dispute in the EU over oil embargo: how much does Hungary help Putin? 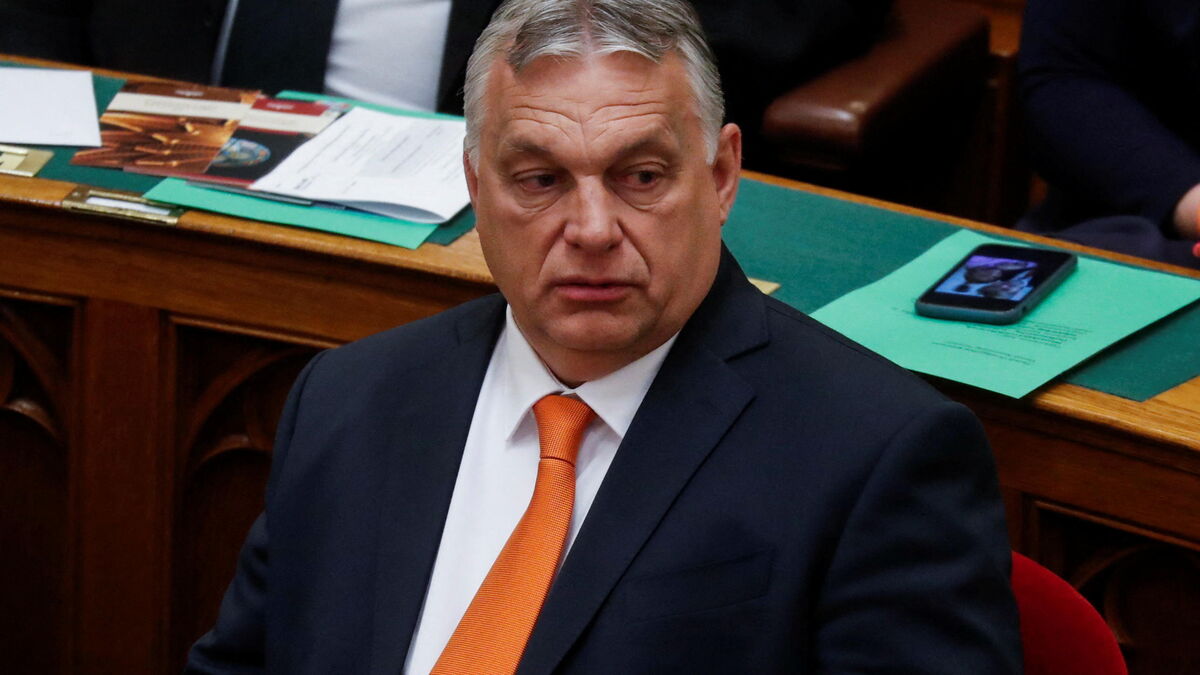 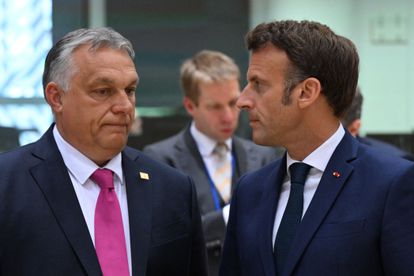