ESC 2022: Suspected manipulation of six countries - hacker attack confirmed Created: 05/16/2022, 04:55 By: Richard Strobl, Hannes Niemeyer The ESC is also influenced by the Ukraine war. Ukrainian act Kalush Orchestra is the favorite. After the performance, a clear message follows. Update from May 15, 12:45 p.m .:  According to their own statements, the Italian police prevented hacker attacks o

The ESC is also influenced by the Ukraine war.

After the performance, a clear message follows.

According to their own statements, the Italian police prevented hacker attacks on the final of the Eurovision Song Contest (ESC) in Turin.

The hackers tried to penetrate the systems on the opening night on Tuesday and during the final from Saturday to Sunday, the police said in Turin on Sunday.

Specialists in the field of cybercrime, who have been assigned to the ESC, have attributed the attacks to the Russian hacker group Killnet.

There had been rumors before that Russian cybercriminals wanted to disrupt the politically charged Grand Prix with attacks.

The police also registered so-called DDoS attacks during the vote.

Hackers try to paralyze a system with a flood of requests.

The bookmakers were right: Ukraine represented by the Kalush Orchestra with their song "Stefania" won the Eurovision Song Contest 2022!

For Germany and representative Malik Harris, however, it was extremely bitter.

With only six points, he was the lone last out of the field of participants from 25 countries.

However, there are new confusions about the vote.

As is now known, the "European Broadcasting Union" (EBU), which controls the voting, is dealing with a possible case of manipulation.

This emerges from a message that, according to Sonja Riegel from the

was sent via the official ESC press distribution list.

Accordingly, in the second dress rehearsal for the second semi-final, which took place during the week, "irregular voting patterns" were discovered in six countries.

Therefore, an aggregate result has been calculated by the EBU for both the semi-finals and the final on Saturday for these six countries as a substitute.

The calculations were based on the results of other countries with similar recorded votes.

According to the EBU, you have the right to remove such votes, regardless of whether it affects the result.

Meanwhile, there is speculation as to whether the six countries could be San Marino, Poland, Georgia, Azerbaijan, Romania and Montenegro.

The national juries of these countries are no longer listed on the ESC website for 2022.

ESC 2022: Kalush Orchestra from the Ukraine - a clear message when performing

The Ukrainian ESC act Kalush Orchestra was also considered the favorite to win in advance because of the ongoing war.

However, it was eagerly awaited how clear the political situation would be in Turin.

The song itself "Stefania" by Kalush Orchestra contains a bitterly topical sentence: "I will always return to you," the group once wrote, actually addressing the mother of one of the singers - but then added: "Also when all roads will be destroyed".

After the hip-hop group's performance in Turin, there was thunderous applause.

A singer from the group then takes the floor and says into the microphone: “Please: help Ukraine and Mariupol.

Help Azovstahl - now!” The steelworks in Mariupol is currently under Russian fire.

In a combative gesture, Psjuk then punched his chest with the fist of his right hand.

According to the rules, "texts, speeches and gestures of a political nature" are explicitly forbidden on the ESC stage.

However, the organizers expressed understanding.

"We understand the strong feelings when it comes to Ukraine these days and consider the statements made by the Kalush Orchestra and other artists in support of the Ukrainian people more as a humanitarian gesture than as political," a spokesman for the European Broadcasting Union (EBU) told dpa -Inquiry.

The ESC moderators reacted in amazement and with a serious expression.

The audience gave a standing applause to the Kalush Orchestra with their song "Stefania".

The group Kalush Orchestra from Ukraine with the song "Stefania" enters the hall at the beginning of the final of the Eurovision Song Contest (ESC).

ESC under the sign of the Ukraine war: Selenskyj speaks up - signs for peace right at the start

Before the start of the ESC final in Turin, the Ukrainian President Selenskyj spoke up.

In a short video message, he said: "Soon the continent and the whole world will be hearing our native word in the Eurovision final.

I believe that this word will be 'victory' in the end!” Zelenskyy then called on people to vote for the Ukrainian hip-hop band Kalush Orchestra, which is representing the country at the ESC.

In Turin, too, there is a clear reference to the war in Ukraine.

At the start of the event, hundreds of musicians sang the song "Give Peace a Chance".

First report from May 14:

Turin – In the midst of the current suffering in Europe around the Ukraine war, it should actually be a celebration of good humor and international understanding: the Eurovision Song Contest.

The colorful party with representatives from 25 nations starts in Turin on Saturday evening (May 14).

Not included: Russia, which was excluded from the competition because of the cruel invasion of Ukraine.

It goes without saying that such a large, international festival, which the whole of Europe will be looking at on Saturday evening, will not be able to do without political statements.

At the latest when the Ukrainian ESC representatives, the Kalush Orchestra, perform.

The group is the clear favorite to win this year.

“They are trying to destroy Ukrainian culture.

We want to show that she's alive and win at ESC," frontman Oleh Psiuk told

Germany's representative, Malik Harris from Landsberg in Bavaria, is unlucky and has to go on stage at position 13 directly after the Ukraine act.

However, not everyone seems to be happy that the Kalush Orchestra's song "Stefania" is so popular at such a large event aimed at international understanding.

Among other things, the Kremlin around Vladimir Putin seems to have a problem with the situation.

Therefore, fears are now being voiced that the henchmen of the Russia despot could also get involved in the ESC.

Russian hackers are probably planning to sabotage the ESC in order to prevent Ukraine from triumphing on the big European stage.

The "Kalush Orchestra" from Ukraine is considered an ESC favorite.

Because of the Ukraine war, Putin's hackers now want to resort to sabotage.

"Killnet", a group of cybercriminals close to Putin, announced via Telegram that they wanted to paralyze the servers for online voting at the ESC.

"You cannot vote online," it said.

This could work through "targeted overloading", as Rüdiger Trost, head of the Internet security department at "WithSecure", explains to the

For this purpose, the server would be flooded with requests, which is why the requests that were actually requested no longer received an answer.

Russian hackers target ESC 2022: How real is the threat?

But how real is the threat of Russia meddling in the competition in this criminal way?

On the one hand, the hacker's system does not seem to be fully developed.

tried to paralyze several German authorities with the same procedure as planned for the ESC at the beginning of May.

The "Federal Office for Information Security" stated that the action was technically not particularly mature.

On the other hand, the "European Broadcasting Union" is

that the "wide range of security measures" in the voting system will protect against external influences.

IPPEN.MEDIA is live on site in Berlin - and has already reported on the ESC semifinals. 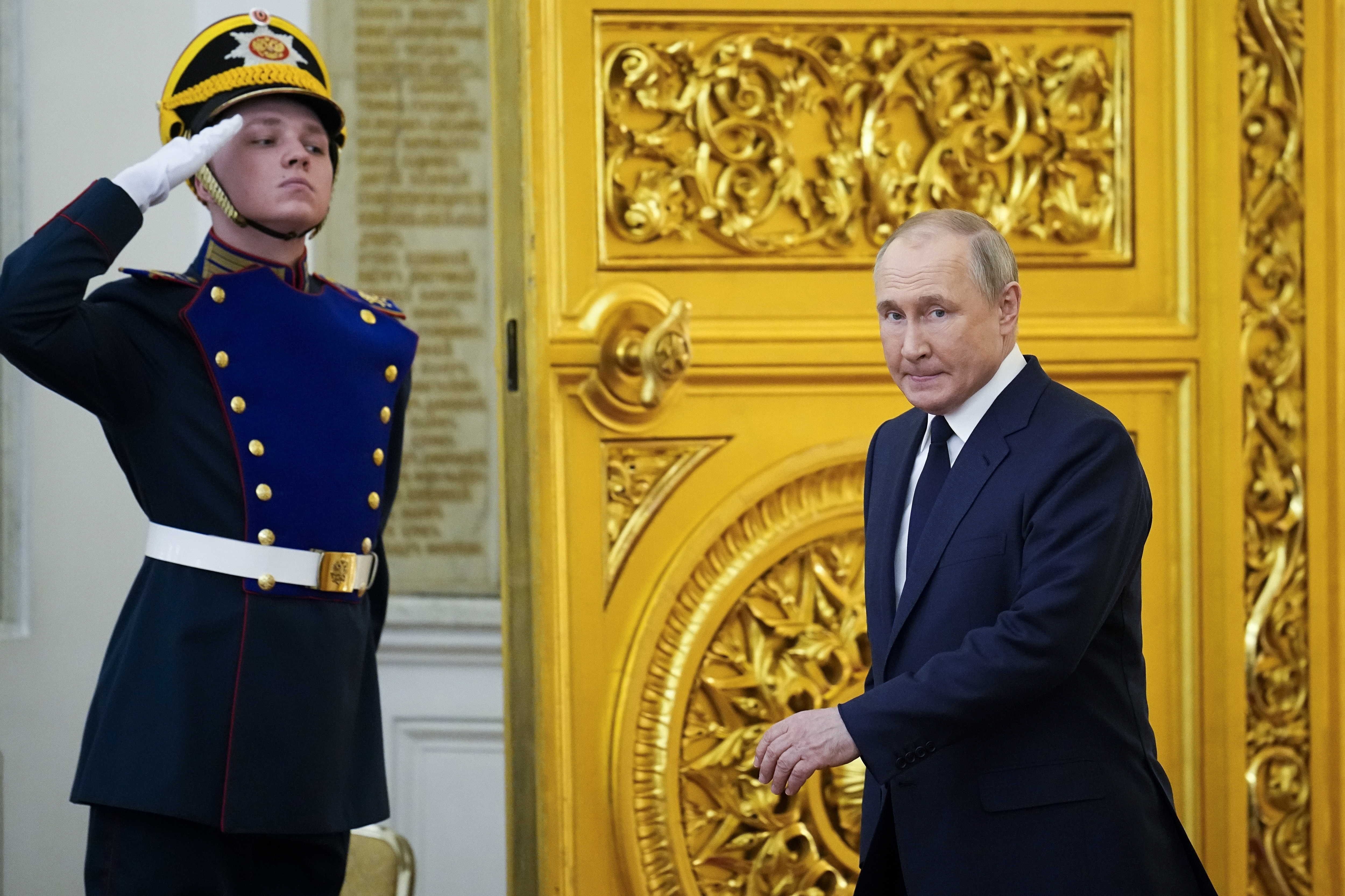