Greens get seven direct mandates in NRW for the first time

The Greens get a historic result. The former leader of the SPD, Walter-Borjans, advises his party not to "blow on their cheeks". And: An election researcher explains the poor performance of the FDP. The overview. 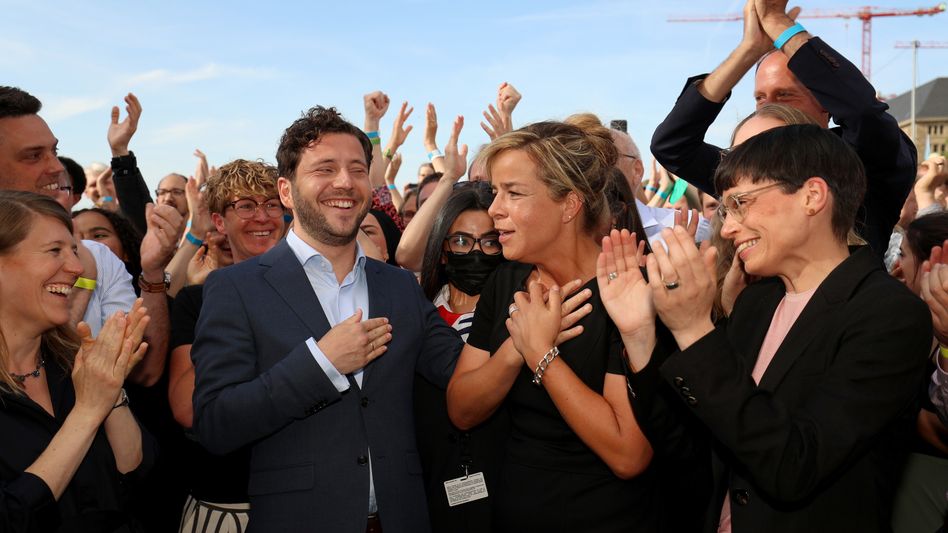 Greens get seven direct mandates for the first time

For the first time, the Greens in North Rhine-Westphalia won direct mandates in a state election.

In the latter constituency it was pretty close: Dorothea Deppermann prevailed against Julian Allendorf (CDU) with a difference of only 163 votes.

The Greens contested a state election in North Rhine-Westphalia for the first time in 1980.

Despite the historically poor result of the SPD in the state elections in North Rhine-Westphalia, top candidate Thomas Kutschaty is ready for coalition talks.

The victory of the CDU and the strong result of the Greens "does not automatically mean that a government will be formed between the two," said the North Rhine-Westphalia SPD leader.

"That's why we'll be holding talks again in the next few days." "Other options are definitely conceivable."

After the CDU victory in the state elections, North Rhine-Westphalia’s Prime Minister Hendrik Wüst wants to talk to “all democratic forces” about the formation of a government coalition.

It's about nothing less than the "reconciliation of climate protection and industrialized countries," said the CDU politician on Sunday evening in ZDF's "Heute Journal".

This requires economic and ecological competence.

»We will then work with the partner who works best.«

“It is clear to me that there must be a constellation that gives clear answers to the big questions of our time and that is willing to reliably rule this important country together for five years,” emphasized Wüst.

The election result in North Rhine-Westphalia puts the traffic light coalition in the federal government under pressure, according to political scientist Karl-Rudolf Korte.

“The Greens triumphed with – one could say – second chancellor Baerbock, and the others lost massively.

The traffic light is under a lot of pressure.« In the state elections in North Rhine-Westphalia on Sunday, Prime Minister Hendrik Wüst's CDU was clearly the strongest force.

Walter-Borjans: The SPD shouldn't blow its cheeks out now

The former SPD federal chairman Norbert Walter-Borjans does not see the SPD in a position to make demands after its election defeat in North Rhine-Westphalia.

"On an evening like this, when you've missed your own goals by a long way, it's not a moment where you blow your cheeks and make demands," Walter-Borjans told the dpa news agency in Düsseldorf.

The evening of the election made it clear: "The SPD has to wait for talks, be ready for talks and hold talks."

He is still convinced that the SPD and the Greens have the greatest overlap, said Walter-Borjans, who was state finance minister in the red-green government until 2017.

But it depends on the Greens what options they see.

a.m .: Election researcher Jürgen Falter has blamed the liberals’ corona policy for the FDP’s poor performance in the election in North Rhine-Westphalia.

"A decisive factor is that, from the point of view of many of its older supporters, the FDP did not cut a happy figure in the fight against the pandemic," said the Mainz politics professor of the "Augsburger Allgemeine".

"Giving freedom over security in Corona times is not well received by older people," emphasized Falter.

"Vulnerable populations choose the safety of a mask rather than the freedom to leave it off," the election researcher added.

According to the first election analyzes in the state elections on Sunday in North Rhine-Westphalia, the FDP lost a lot of votes, especially in the older group of voters. Overall, the Liberals slipped significantly, but still managed to jump over the five percent hurdle.

According to the preliminary result, the CDU clearly win in NRW

The CDU won the state elections in North Rhine-Westphalia, and the Greens have also increased significantly.

According to the preliminary official result, which the state returning officer published early in the morning, Prime Minister Hendrik Wüst's CDU was the strongest party with 35.7 percent of the second votes.

The SPD, with its top candidate Thomas Kutschaty, fell to 26.7 percent.

The Greens tripled their result to 18.2 percent.

The previous coalition partner FDP, however, fell to 5.9 percent.

The AfD can just stay in the state parliament with 5.4 percent.

The left failed again with 2.1 percent at the five percent hurdle.

Greens get seven direct mandates in NRW for the first time 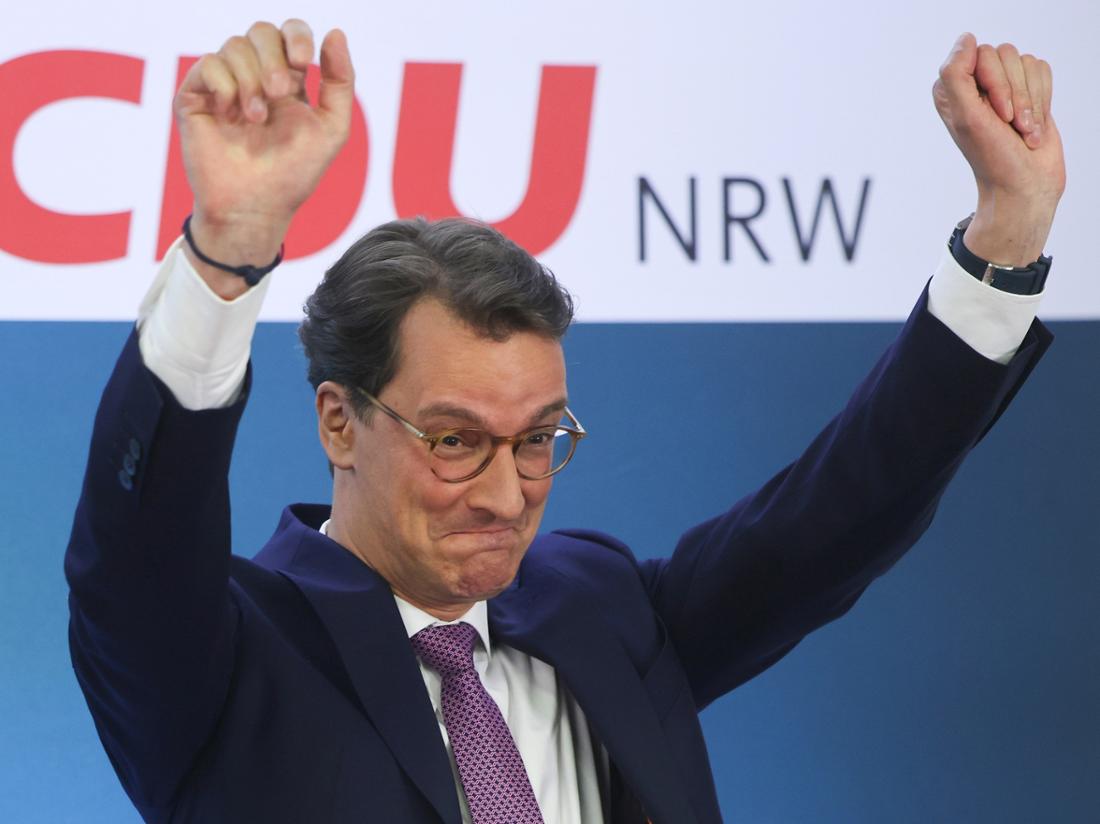 Wüst is the CDU top candidate in the NRW state elections 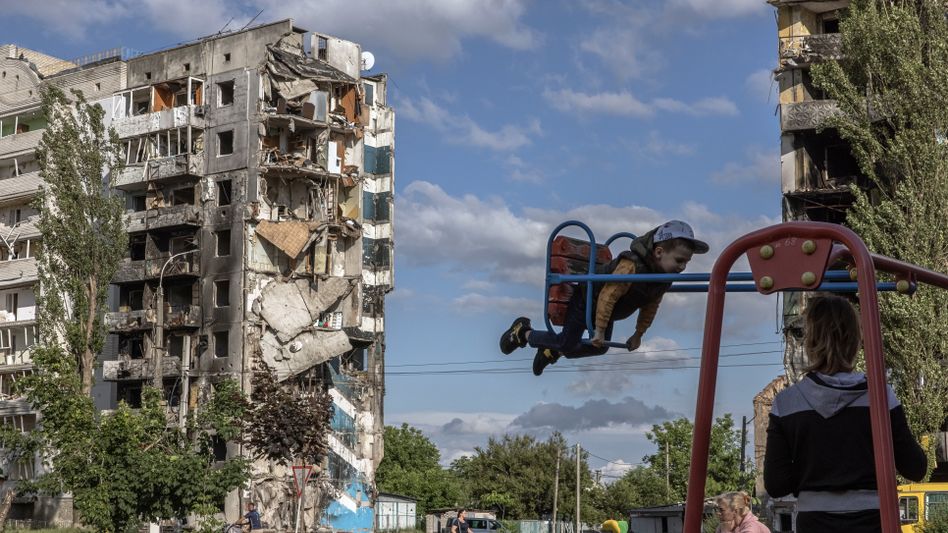