Nine days in the life of Charles de Foucauld: in 1876, he was received at Saint-Cyr

WEB SERIES 2/9 - Le Figaro Hors-Série devotes an issue to the father of the desert, canonized on Sunday May 15. Received at the military school in 1876, Charles signs his act of voluntary engagement in the army. He promises "to serve with fidelity and honor for five years". 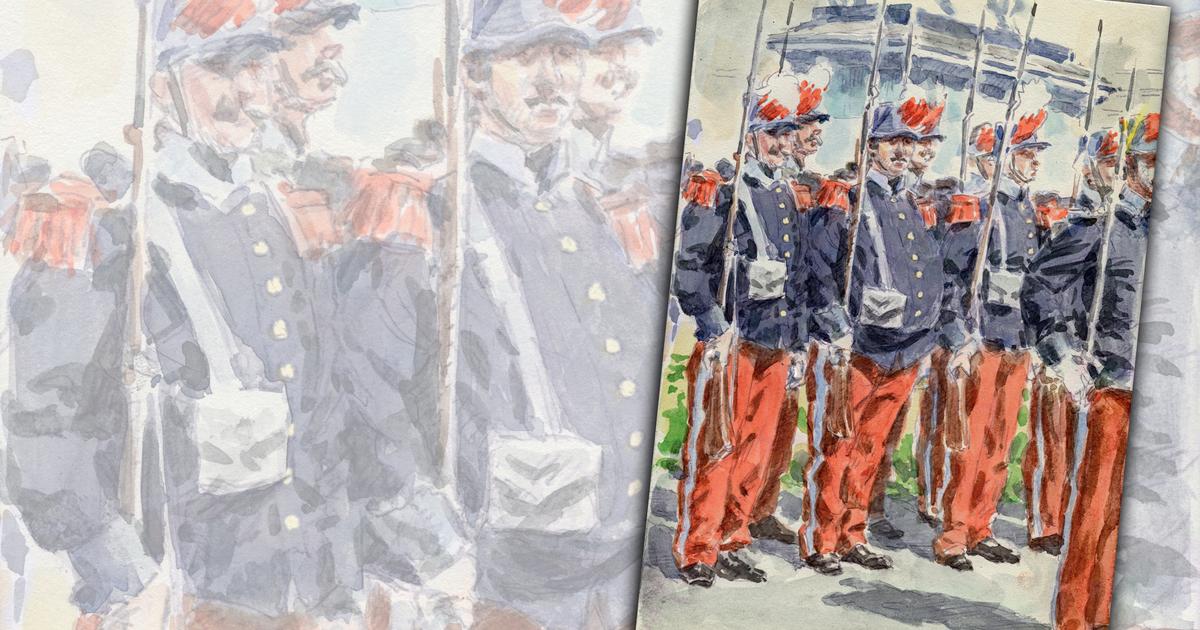 He hated the boarding school, multiplying fugues and grimaces to distract his comrades.

During the second year, the Jesuits made him understand that, out of respect for his grandfather, they did not want to send him away, but strongly advised him to return to Nancy to prepare alone for the Saint-Cyr competition.

Very happy to have found freedom, he prepares for exams with a tutor, who had already helped him pass his baccalaureate.

The tests are scheduled for the month of June 1876. They last three days.

Charles is received at the school 82nd out of four hundred and twelve candidates.

On October 25, 1876, he signed a five-year commitment in the army before leaving for Paris.

Charles leaves his belongings at the Hotel du Bon La Fontaine, where his grandfather used to live and where he rented a room for him, before going to Saint-Cyr.

For about ten days he will stay at school, dressed in civilian clothes, with just the regulation shako, because his corpulence is such that we cannot find a uniform for him.

He cursed with the Jesuits, he started again with the military.

Charles hates getting up early.

Often consigned on Sundays for what he considers to be trivialities, he yawns with boredom.

Horse-riding is one of the few disciplines he practices with pleasure, but watching Antoine de Vallombrosa prance around, he understands that he will never be as brilliant a rider as his new friend.

During the second part of the year, his results were better and he finished 143rd overall with first class stripes.

He spends his holidays in Nancy to stay with his grandfather, whose health worries him.

When he returns to school, his sister warns him that Colonel de Morlet no longer leaves his room.

He asks for permission.

It was granted to him and he returned to Nancy on February 1, 1878. Two days later, his grandfather died in his sleep.

He has the impression of having suddenly aged twenty years.

With eyes full of tears, he remembers the indulgence shown towards him by the one who replaced his parents, his intelligence, his kindness, the pleasure he felt in listening to him talk about archeology or geography, of which the colonel was keen, of the walks they took together near Saverne, of their stays with the Moitessiers.

His second year at Saint-Cyr will be affected by this loss.

Charles was deprived of his stripes, tumbled to 333rd rank out of three hundred and eighty-seven students, but still finished as a second lieutenant and was able to join the Saumur Cavalry School.

He spends the summer at the Château de Louÿe with Mimi.

She is still a minor and will now live with the Moitessiers.

Charles is emancipated by the family council and inherits, along with his sister, a considerable fortune.

It is a young man of twenty, driven to enjoyment, who joins Saumur.

He launches into crazy expenses which will very quickly worry his family.

He also generously lends money to his comrades, who often misuse it.

In Saumur, life is less restrictive than in Saint-Cyr.

In the evening, the officers are free to go out.

Charles keeps an open table in a hotel not far from the school where he shares a room with Vallombrosa, who knows how to organize "disengagements" to which he invites women of slight virtue.

When Charles or Antoine find themselves at the simple stops, their comrades flock to keep them company.

At the end of the year, Charles, so busy enjoying life, is 87th out of eighty-seven students.

What does it matter to him!

He intends not to deprive himself of any pleasure.

Even though more and more often, when the party is over, he feels sad and empty.

However, the next day, he starts again.

Sometimes he wonders if it's not an abyss where he's going to lose his soul.

But can men have a soul when God does not exist?

Charles de Foucauld, a voice in the desert

Nine days in the life of Charles de Foucauld: in 1876, he was received at Saint-Cyr 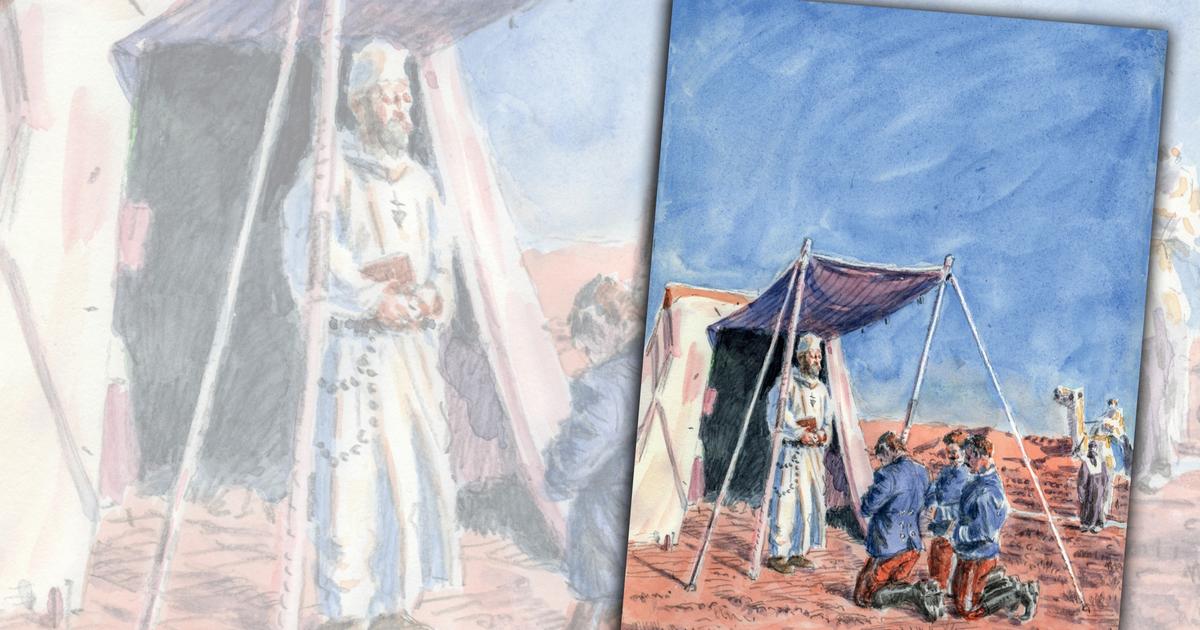 Nine days in the life of Charles de Foucauld: the white marabout 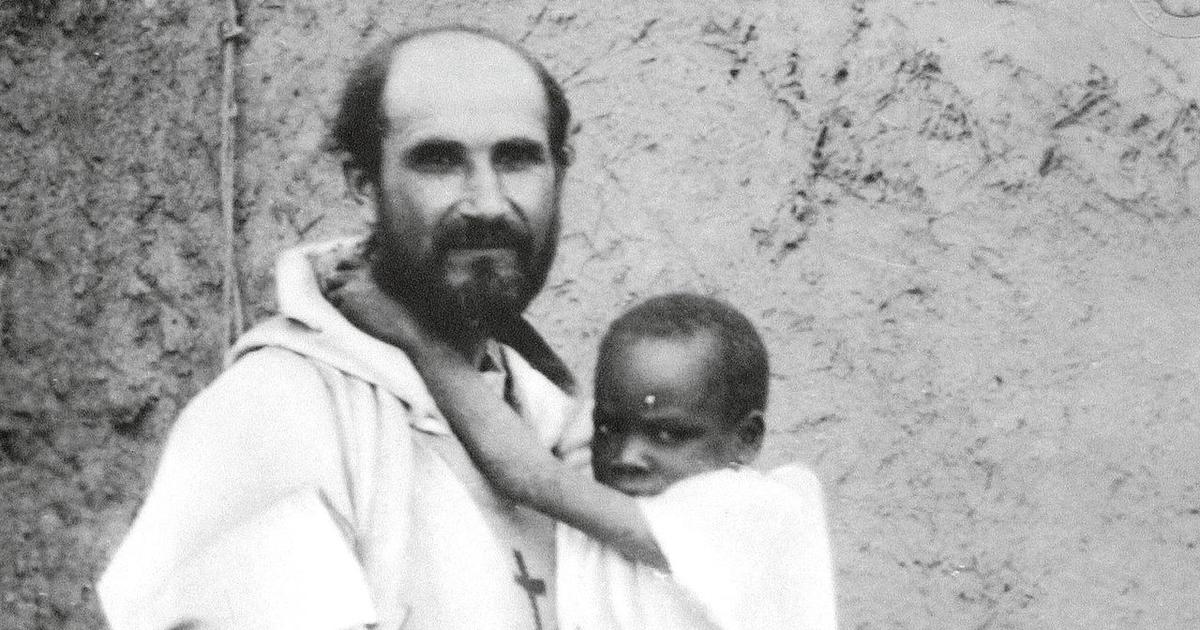 Charles de Foucauld: behind the outbursts of the reveler hussar, an irrepressible aspiration to purity 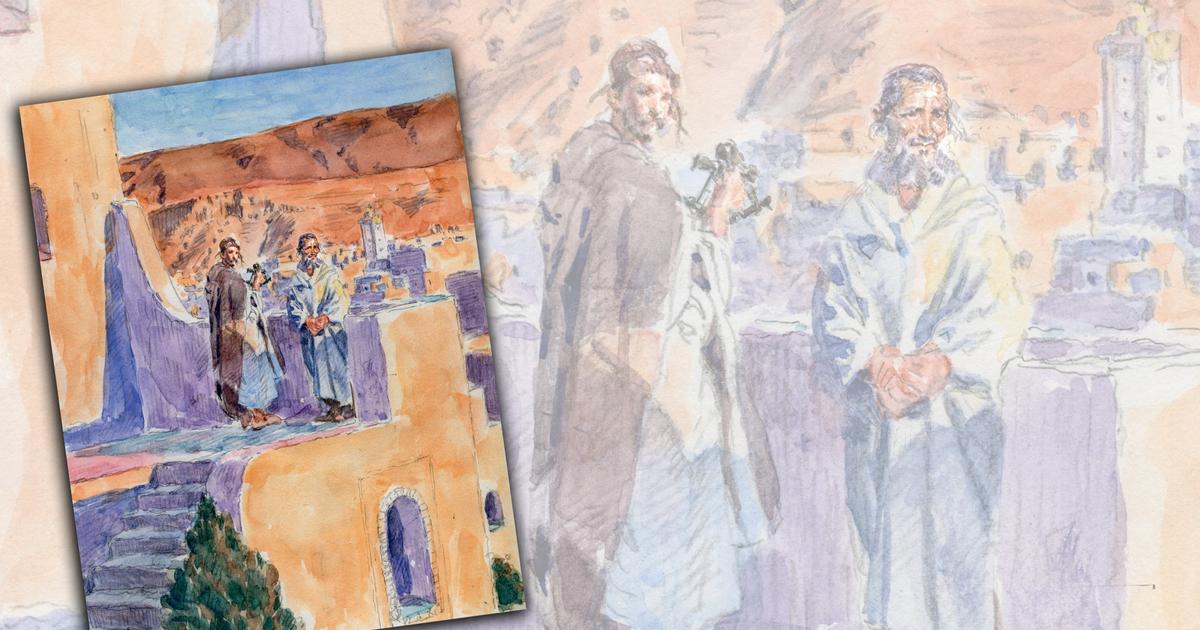 Nine days in the life of Charles de Foucauld: the people of Mogador 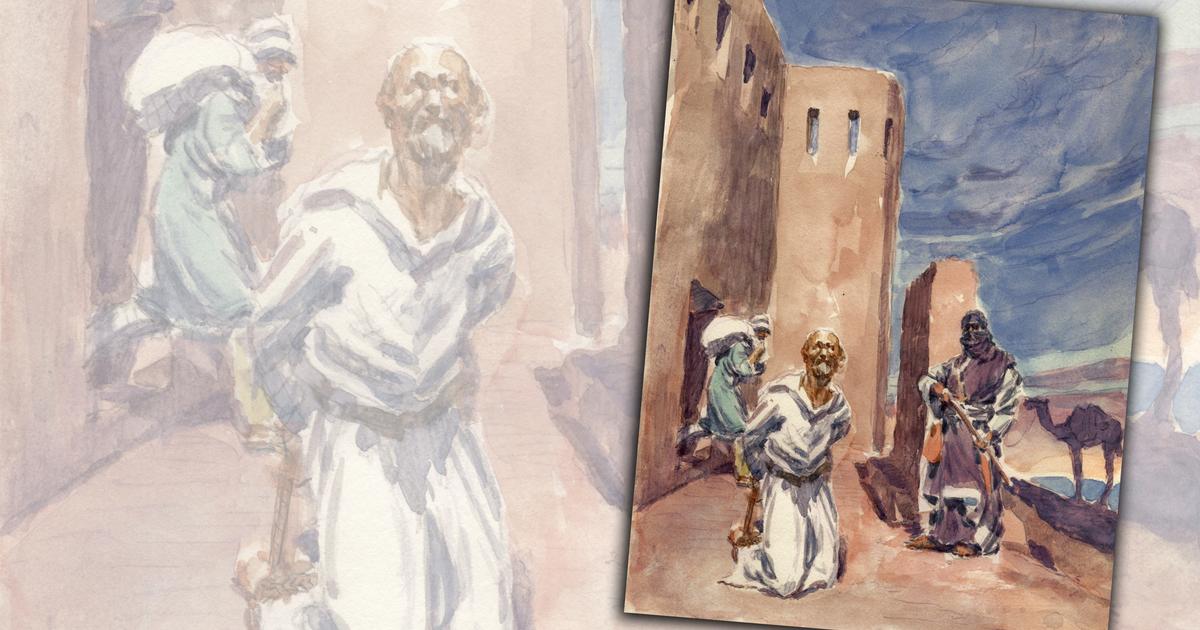 Nine days in the life of Charles de Foucauld: December 1, 1916, the prayer of the end 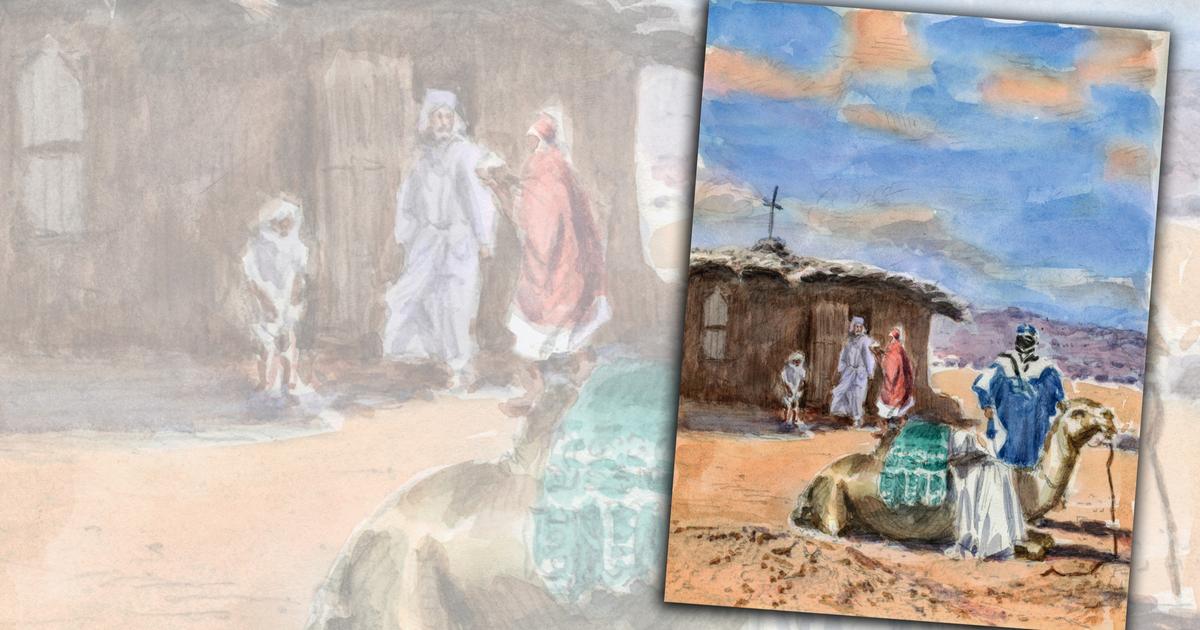 Nine days in the life of Charles de Foucauld: the found friend 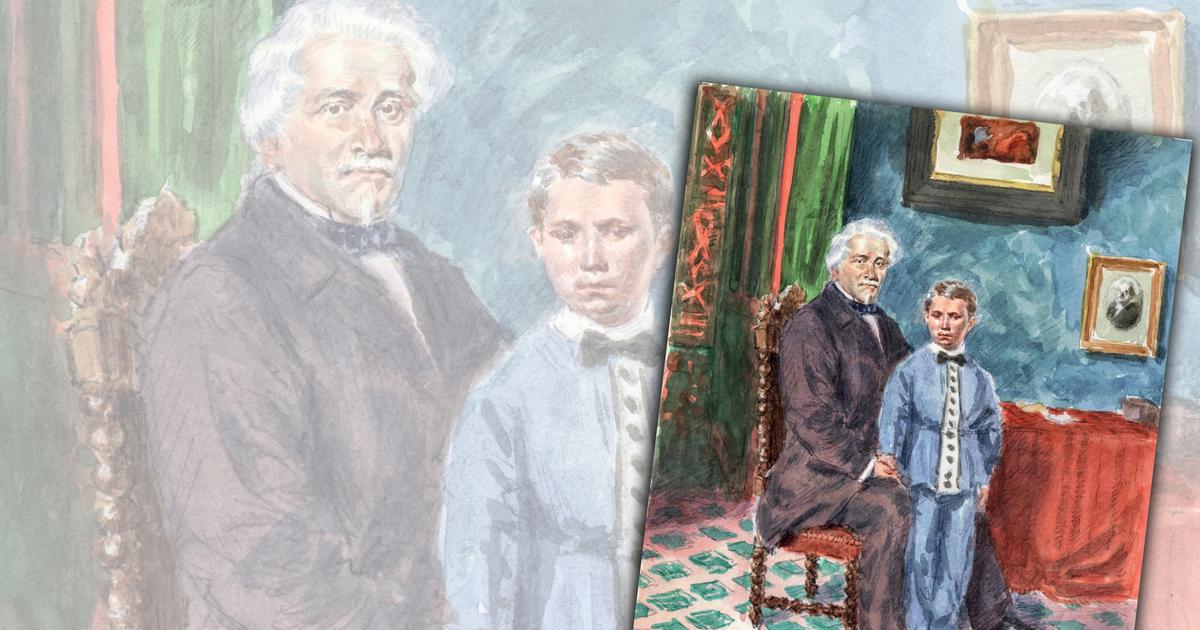 Nine days in the life of Charles de Foucauld: six years old and already an orphan 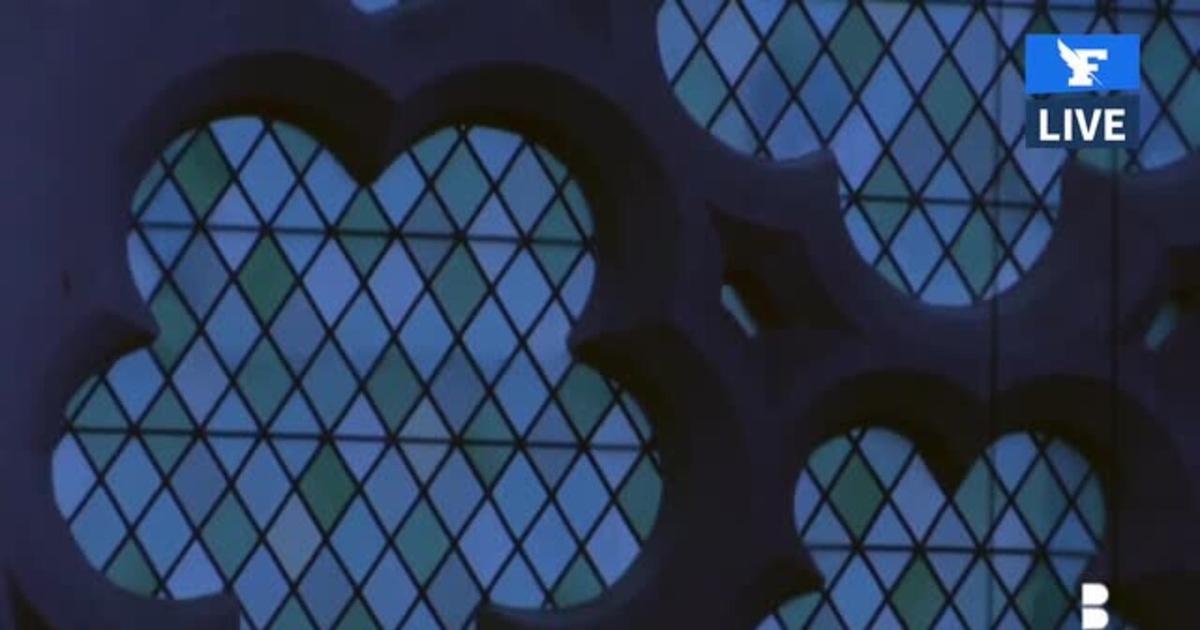