The Turkish President does not want to agree to Sweden and Finland joining NATO – because of alleged security concerns. The Secretary General of the alliance tries to defuse the conflict. 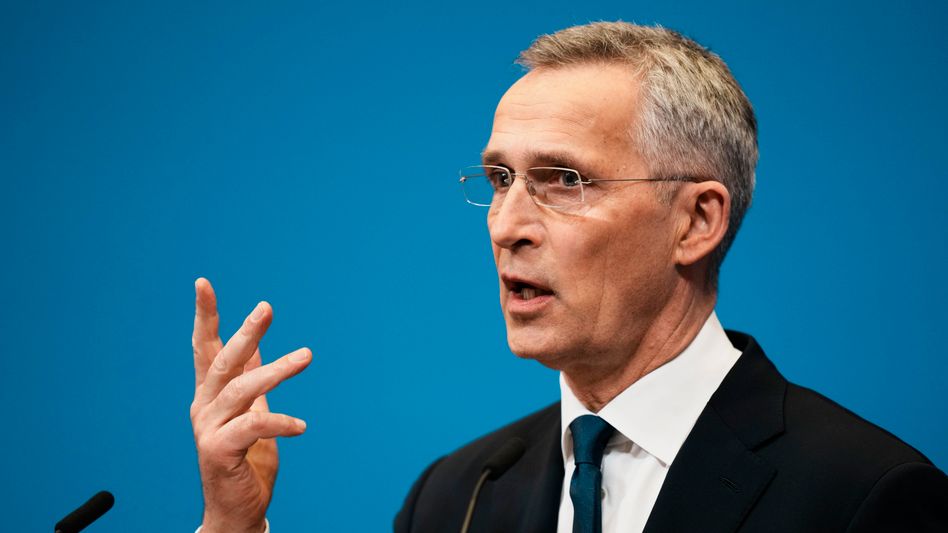 In the struggle for Turkey's approval of the admission of Finland and Sweden to NATO, Secretary General Jens Stoltenberg called for Ankara's demands to be taken seriously.

"Turkey is a valued ally and all security concerns must be addressed," Stoltenberg said on Monday evening after talks with Turkish Foreign Minister Mevlut Çavuşoğlu.

"In this historic moment we must stand together."

Finland and Sweden want to join NATO because of security concerns over Russia's war of aggression.

For decades, both countries had pursued a policy of alliance neutrality.

Turkish President Recep Tayyip Erdoğan and Foreign Minister Çavuşoğlu had repeatedly accused Finland and Sweden of supporting the Kurdish Workers' Party PKK, which Turkey is fighting, and the Kurdish militia YPG in Syria.

There is also criticism that NATO countries have restricted the delivery of armaments to Turkey because of Turkey's actions against these groups.

Erdoğan threatened in Ankara that one could not agree to the accession of countries that imposed sanctions on Turkey.

With regard to the planned visit of a Finnish and Swedish delegation to Turkey, he said they shouldn't even bother.

It is unclear how Turkey can be prevented from vetoing Sweden and Finland's NATO membership.

According to diplomats, in addition to statements by the two northerners on the fight against terrorism, arms deals could also play a role.

The government in Ankara, for example, wants to buy F-16 fighter jets in the USA – but a possible deal was recently politically controversial in Washington. But still a breakthrough when Finland and Sweden join NATO? Erdogan is on the phone with his counterparts

But still a breakthrough when Finland and Sweden join NATO? Erdogan is on the phone with his counterparts