The Government will sell from this Monday between 5% and 10% of the shares of the main telecommunications companies, Cantv and Movilnet 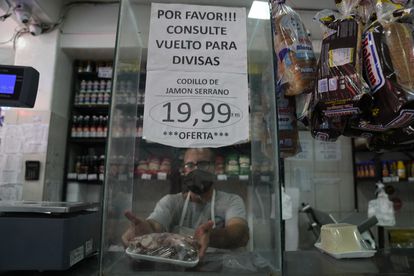 Poster in a store in Caracas for the new government law that applies a 3% tax to transactions made with foreign currencies.Ariana Cubillos (AP)

The Government of Venezuela needs capital and as of this Monday it is putting up for sale, as announced by Nicolás Maduro, between 5% and 10% of the shares of the two public companies that lead the telecommunications sector, Cantv and Movilnet.

The measure means burying the past of expropriations and hostilities with the private sector that Chavismo raised as the banner of Bolivarian socialism, in a turn with which the Venezuelan president tries to revive the economy of an almost totally bankrupt country.

"You will be able to become an investor in Cantv, Movilnet, Pequiven, the mixed oil and gas companies, the basic companies of Guayana (iron, steel, aluminum)," Maduro said in a televised act in which he also announced that he would promote a law to promote foreign investment.

"We need capital," he added.

The announcement has generated expectations in the Caracas Stock Exchange and immediately caused a jump in the value of Cantv's shares, which have risen 19.6% this week.

That increase has also boosted the shares of other public companies and the Caracas stock index, a market that, like the economy, dwarfed during the worst years of Chavismo controls and is now beginning to refloat.

The opening signs seem sufficient to alter the stock market, but uncertainty still reigns over how this transaction will take place, whether it will be carried out on the private Stock Exchange or on the public Stock Exchange and if the Government's opening gestures are sustainable.

In a statement, the Caracas Stock Exchange described the announcement as positive.

"After what we knew as nationalizations and expropriations, now they are turning 180 degrees on the opposite side of the street, seeking private investment," said the president of the Stock Exchange, Gustavo Pulido, in a meeting with journalists.

“We believe that to achieve private investment it is necessary to have the company in order, an efficient administration with corporate governance rules, that the companies be profitable, because whoever buys shares is expecting a return on their investment not only through its revaluation on the stock market, but through dividends.

To fulfill all this, transparency and accountability are necessary,” he explained.

Cantv is the main telephone and Internet provider and was nationalized 15 years ago by then President Hugo Chávez together with its subsidiary Movilnet.

Today they belong to the public services that operate in Venezuela and, in recent years, have carried a heavy load of breakdowns and loss of customers.

In addition, as they are part of the State, they apply censorship to independent media outlets by order of the body that regulates telecommunications (Conatel) by blocking their domains, as organizations such as Ve Sin Filter, Institute of Press and Society and Space have denounced. Public, who watch over digital rights, freedom of expression and the exercise of journalism.

In the more than 20 years that Chavismo has governed Venezuela, more than 5,000 companies have been expropriated and nationalized.

Legal insecurity, and since 2019 the United States oil sanctions, have made the Maduro government's commitment to attract the financing needed to grow an economy that has shrunk 80% in seven years, has generated immense poverty and the emigration of 6.1 million Venezuelans.

Chavismo has decided to turn back its economic dogmas to try to reverse the enormous rejection that the Government provokes with its sights set on the presidential elections scheduled for 2024, which if, through negotiations with the opposition, they manage to be held in fairer conditions, they would mean a serious threat to his permanence in power.

In this economic turnaround, Chavismo has allowed the free circulation of the dollar and has relaxed price controls.

During the last year, the Government has returned some of the expropriated companies to their owners and others have ceded them to a new business elite that gravitates around Chavismo under the guise of "strategic alliances."

At least 13 former government-owned food firms are now run by third parties, according to Reuters.

The National Assembly allied with Maduro sanctioned the so-called

-blockade law to provide a legal framework for these transactions with state assets.

This regulation gives them a character of confidentiality and total opacity to the operations, which still does not appear as a legal framework that gives confidence to investors.

The movements made, however, have led to the consensus of most economists, multilateral organizations and specialized firms to forecast economic growth for this year that ranges from a moderate 1.5% of the International Monetary Fund to the ultra optimistic 20% calculated by Credit Suisse. 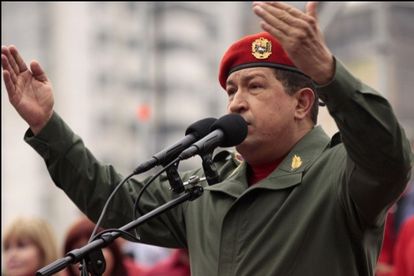 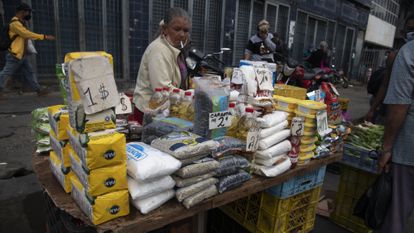 Venezuela reaches the end of hyperinflation