After the outbreak of the fifth wave of the epidemic, the logistics and transportation industry has been severely hit, and all walks of life in Hong Kong have been affected, and Swire Coca-Cola is no exception. Yang Xiaohui, director and general manager of Swire Coca-Cola, revealed that the fifth wave has had more than 100 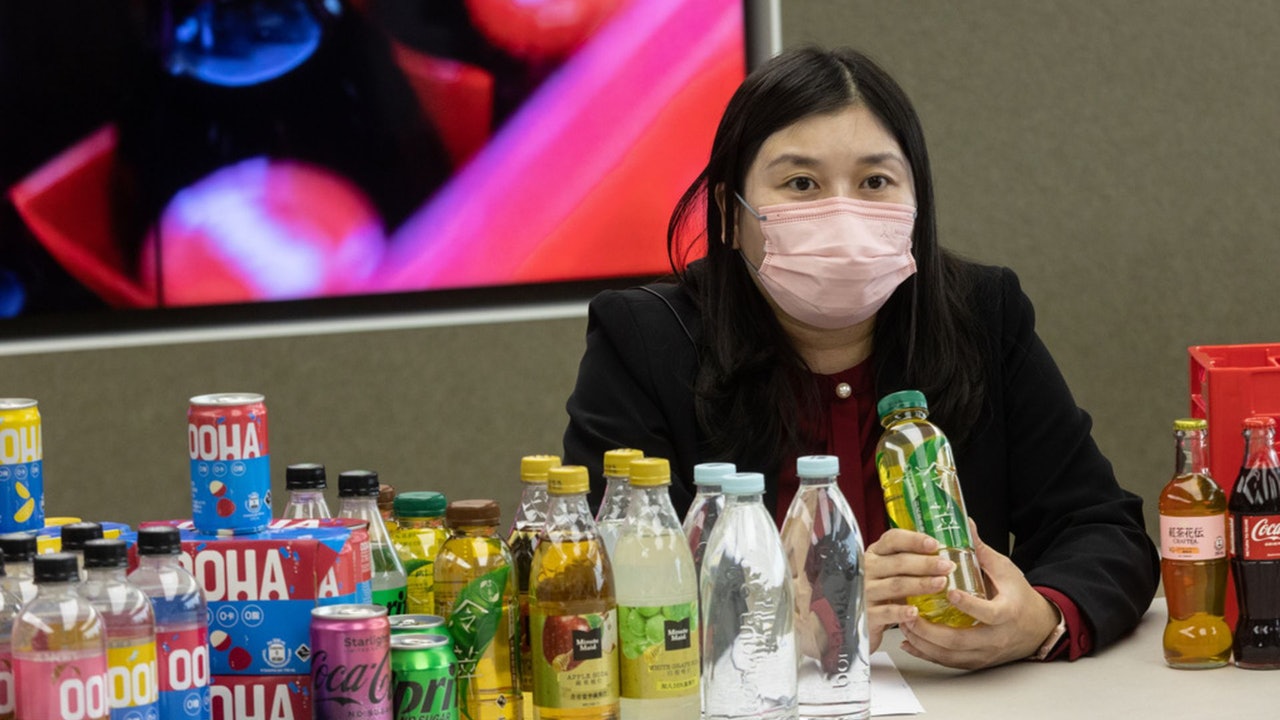 After the outbreak of the fifth wave of the epidemic, the logistics and transportation industry has been severely hit, and all walks of life in Hong Kong have been affected, and Swire Coca-Cola is no exception.

Yang Xiaohui, director and general manager of Swire Coca-Cola, revealed that in the fifth wave, more than 100 employees were diagnosed or quarantined. Due to the ban on dine-in in the evening market, restaurant-related sales fell by more than 30%. At that time, the closure of the city was more likely to occur, and a contingency plan was formulated.

Fortunately, the epidemic has eased since then, and Hong Kong's economy has gradually recovered. She is optimistic about the future: "Because we have confidence in Hong Kong's future beverage market, there is a lot of room for development."

Cola, Sprite, Fanta and other drinks launched by Swire Coca-Cola are an indispensable part of life for some Hong Kong people.

The fifth wave of the epidemic, the most serious in Hong Kong's history, has impacted the company's operations.

Yang Xiaohui said frankly that during the peak of the epidemic, the pressure increased greatly, but she was fortunate that the fleet was large, so it was able to tide over the difficulties and also assist customers in transporting products from the central warehouse to direct delivery to stores, including the two largest supermarkets.

At present, Swire Coca-Cola has about 1,200 employees. Yang revealed that there were more than 100 people diagnosed in the fifth wave, or they could not go to work because they became close contacts and needed to be quarantined, which is a microcosm of the society.

At that time, thousands of people in Hong Kong were infected with the virus every day, and many restaurants were closed. For example, McDonald's also shortened its business hours, so the logistics and transportation could still be balanced to meet the delivery requirements of customers.

"Actually, you can't speak 100% of the time. Only the employees who can return to work have a little hard work and help to supplement the workload of other employees."

Yang Xiaohui is the first female general manager of Swire Coca-Cola Company. In 2020, the company will be transferred back to Hong Kong from the mainland to manage the business at the Shatian factory.

The government announced the ban on dine-in restaurants in the evening market at the beginning of this year to fight the epidemic. In addition to the business of restaurants, beverages such as Coca-Cola were also affected.

Yang Xiaohui said that restaurants are the main sales channels for its products. During the peak of the epidemic, the sales of restaurants dropped by more than 30%.

But she stressed that sales have gradually recovered as the government eased social distancing measures.

Maybe everyone still remembers it. At the beginning of the year, it was rumored that the government was considering closing the city to curb the outbreak, and citizens rushed to the supermarket to buy daily necessities.

Although Coke is not a priority for the public, Yang Xiaohui has also formulated a contingency plan to ensure the supply is maintained after the city is closed.

However, it has a total of 20 brands and more than 80 products, which may only be the main supply of cola or some tea products at that time.

"It is necessary to communicate with them (customers) that they need to store more goods, so as not to be unable to deliver the goods when the city is closed, they will still have to sell."

Yang also revealed that since the existing Shatin plant is facing production bottlenecks and is no longer sufficient, a new logistics center will be rented in Kwai Chung this year. It is expected to be put into service in July, and it is estimated that it will increase the storage space by 60%. Its location is close to the main store. The customer's central warehouse facilitates the arrangement of transportation supplies.

She believes that if Hong Kong needs to close the city in the future, the newly built logistics center will be able to play its role.

Interestingly, in recent months, Shanghai has been closed due to the outbreak of the epidemic, and there have been cases of citizens bartering cola, which is even more unexpectedly popular.

Yang believes that it can indirectly prove the attractiveness of his brand and the liquidity of Coke.

However, she also said frankly: "If the whole city is really closed, everyone can't go out to the streets. I believe there is no way. It may be suspended for a period of time. After the government announces the lifting of the blockade, we can resume our operations first."

During the epidemic, the mainland transferred back to Hong Kong as the first female general manager of Swire Coca-Cola

Yang Xiaohui is the first female general manager of Swire Coca-Cola and has been with the group for 26 years.

She revealed that she joined the company through the management trainee program after graduating from university. In order to accumulate more work experience, she has been stationed in the mainland's main marketing since 1998. She has managed bottling plants in Guangdong, Henan and Fujian provinces until 2020 when she was deployed by the company. Return to the Sha Tin factory to manage the business.

Asked if returning to Hong Kong to manage business during the epidemic would be another challenge.

Yang bluntly said, "I don't think it's a good idea to go back." He also mentioned that the first phase of renovation has been completed recently, and a vertical transportation system covering 11 floors has been set up.

The original 147-meter-high Shatin factory was the tallest Coca-Cola factory in the world. Therefore, in order to tie in with the launch of the new glass bottle, the refurbishment system facilitates the transportation of raw materials and products to different floors.

Yang Xu revealed that during the epidemic, many engineers from Germany, Taiwan and the mainland were unable to come to Hong Kong, or additional costs were required to arrange for them to undergo hotel quarantine for the 14th day.

However, she does not want to delay the plan, which will affect the business returns after the epidemic is over, so she is not afraid of difficulties and costs, and insists on the original plan, and even gains new experience in the rare epidemic.

"Actually, what should we do? Because we have confidence in Hong Kong's future beverage market, and there is a lot of room for development."

Looking back at the outbreak at the beginning of the year, Yang believes that the epidemic will subside in the second half of the year. At that time, new production lines can be used to create new possibilities, such as adding juice to soft drinks or adding gas to tea drinks, which is believed to be able to seize more market share.

She revealed that more products will use glass bottles in the future, including the "Black Camellia Den" that was launched in recent years.

Coca-Cola relaunched glass bottles a year later. It contains 60% recycled glass and is 33% lighter than the old model. Swire Coca-Cola donates 500,000 bottles of drinks to quarantine facilities. Patients and medical staff can drink for free. The calendar is useful to see that Swire Coca-Cola employees continue to strike the union: the employer verbally promised the distilled water department to restore the old system 30 Swire Coca-Cola employees went on strike, dissatisfied with the company's good performance, but still restructured and reduced wages by thousands of yuan in disguised form 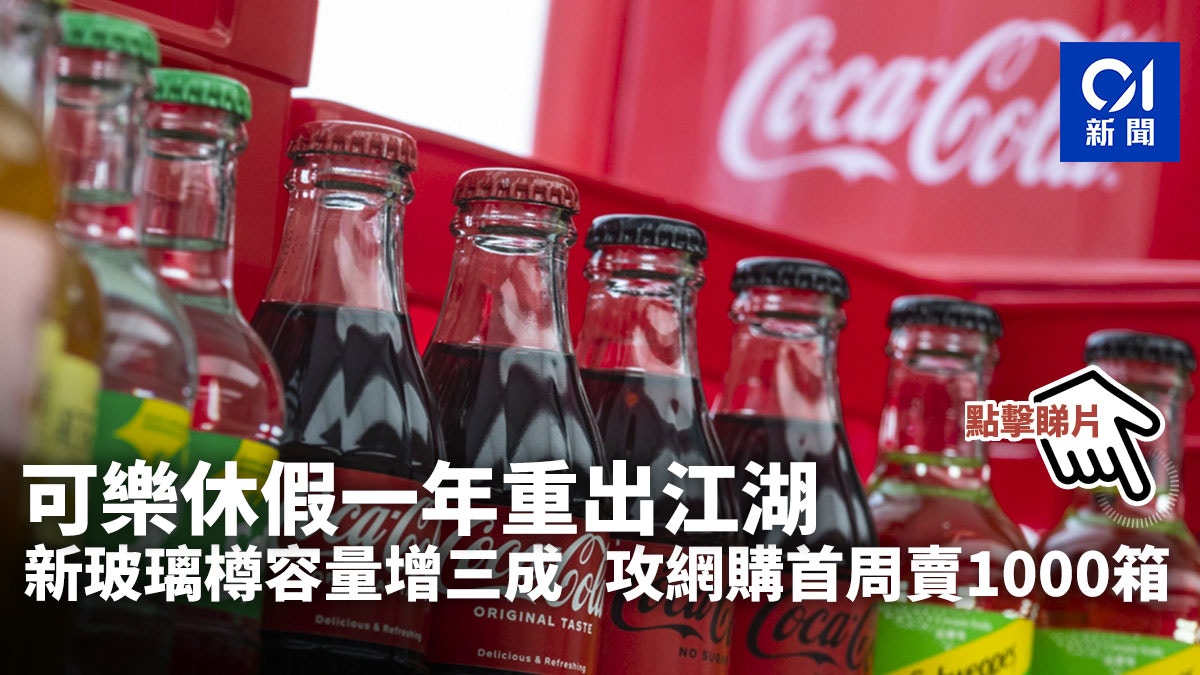 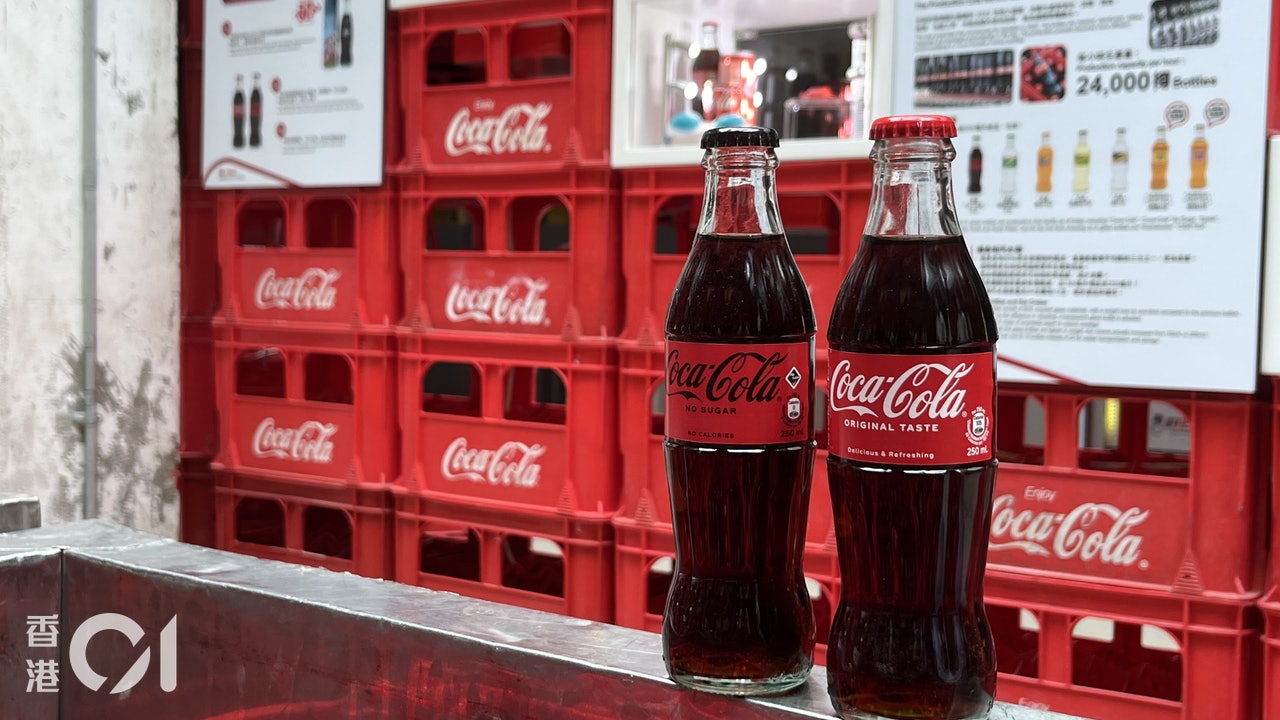 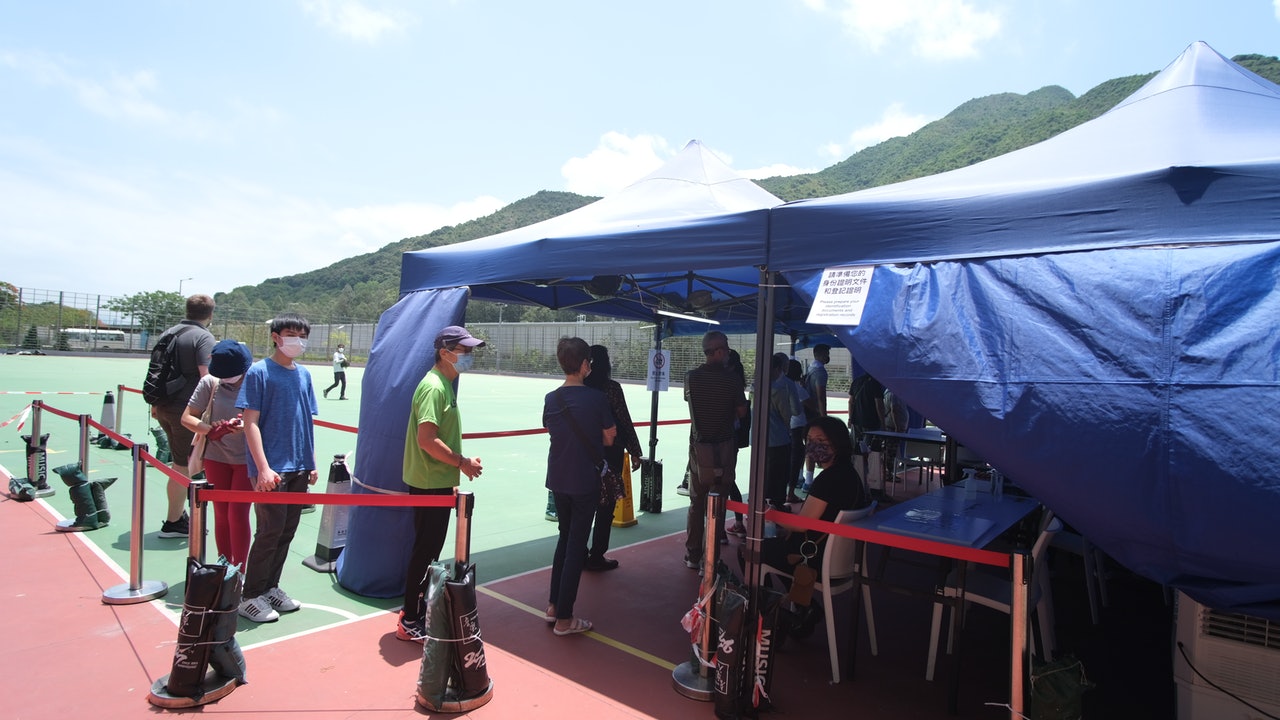 The US Secretary of Homeland Security warns migrants of the danger of their journey across the border after the incident that left 53 dead
2022-07-04T01:58:35.218Z

The death of Ni Kuang｜The Cultural Tourism Bureau issued a message the next day expressing regret: those who liked his works will still miss him
2022-07-04T01:34:27.964Z

Secretary of National Security defends Biden's immigration policy and asks undocumented immigrants not to go to the US
2022-07-04T01:34:21.197Z

Shang Tang continued to open lower and nearly half of the three mosquito gates fell, and large households could not stop moving warehouses
2022-07-04T01:34:14.431Z