Political circles rumors ︱ Dismantling the mystery of the Department of Justice setting up a deputy, some people worry about "side effects"

Chief Executive-designate Li Jiachao announced yesterday (17th) the details of the reorganization of the government structure, suggesting that the new government should set up 3 deputy secretaries. Among them, the most surprising to the outside world, I believe that the Department of Justice will also add a deputy secretary, and for the first time there will be political assistants 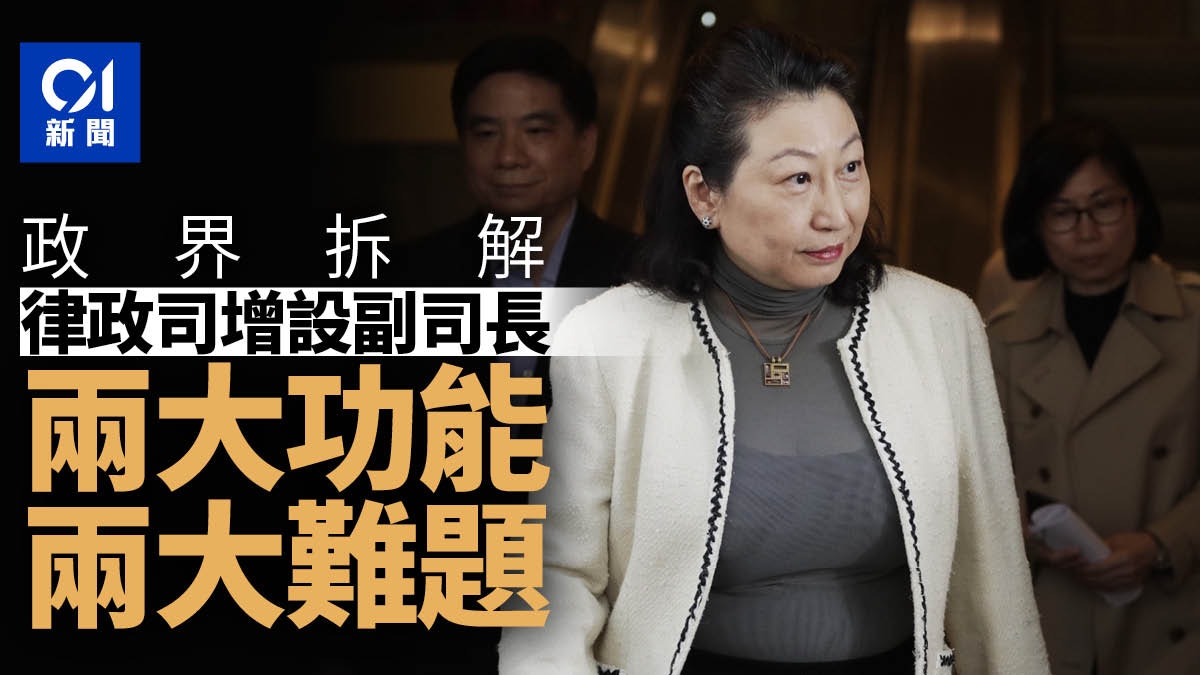 Chief Executive-designate Li Jiachao announced yesterday (17th) the details of the reorganization of the government structure. He suggested that the new government should set up 3 deputy secretaries. Among them, the most surprising to the outside world is that the Department of Justice will also add deputy secretaries and set up political assistants for the first time. .

Based on the observations of many politicians, the main responsibilities of the Deputy Secretary of Justice, in addition to responding to international claims that Hong Kong's legal system is unrealistic, is to deal with the legislature. This has been overlooked in previous administrations.

However, some people worry that the post of Deputy Director-General is always a new one, and the functions, powers and responsibilities have yet to be clarified.

Compared with the other two secretaries, the work of the Department of Justice is considered to be more independent and not influenced by other departments or persons.

However, the Department of Justice still needs to consult the Legislative Council for the drafting of some laws and the legal system. In the past, the Secretary for Justice did not have a political assistant nor a deputy secretary. In recent years, legal disputes and prosecution cases have greatly increased. My workload is "overloaded".

As pointed out in the Government's document to the Legislative Council, the addition of political assistants can help to liaise with Legislative Council members and other stakeholder organisations to gain support for the work of the Department of Justice.

Another member of the Legislative Council reported that, in terms of political reality, when a member communicates with the government, it is usually at least to meet with the deputy secretary, and political assistants play a supporting role at best. The same is true for the secretary.

Therefore, it is impossible to simply set up political assistants to meet the needs of parliamentarians. Therefore, it is normal to set up deputy directors to share the communication work.

Seniors may not be willing to "give up" DOJ helicopter is more convenient?

This is the case in theory, but the selection of candidates is the issue that Li Jiachao's government should consider carefully.

Therefore, the person's proposal for direct promotion to Deputy Secretary from a senior position within the Department of Justice (DOJ) is also worthy of consideration.

Some people in the legal profession have suggested that suitable talents can be selected to serve as Deputy Secretary-General in the senior positions of the Department of Justice.

Tang Jiahua commented on three conditions: being able to convince the public, proficient in criminal and human rights law, and free from political burdens

Member of the Executive Council and Senior Counsel Tang Jiahua believes that in the future, the Department of Justice will face a large number of prosecutions involving National Security Law cases, legislation on Article 23 of the Basic Law, and legislation on disinformation. "Tell the story of the rule of law in Hong Kong", so the work will be very heavy.

However, from a practical point of view, he agrees that it is not easy to find someone to be a deputy in the current situation: "You have a senior executive in the market, who will covet your hundreds of thousands of monthly deputy director labor? Courts don’t just make enough money, and (the deputy director) doesn’t have a lot of power. If they really have the enthusiasm to serve the SAR, there are other better ways.”

Tang Jiahua believes that the post of deputy director does not need to have very rich qualifications in the legal field. The focus should be on being good at communication and being able to convince the public. Therefore, a lawyer or a legal scholar is not a bad choice.

He also pointed out that since Zheng Ruohua's expertise is in arbitration and mediation, it would be very helpful for the deputy director to find someone who is proficient in criminal law and human rights law.

In addition, since the position of the Department of Justice is not suitable for being too politicized, it should be filled by someone who has no political party background and no "political baggage".

However, there are also politicians who worry that the increasing number of officials will make the structure too bloated and cause other problems.

The source pointed out that when the Executive Council discussed the restructuring plan yesterday, some people did raise concerns about whether the Secretary, especially the Department of Justice, would set up a Deputy Secretary, which would cause the Deputy Secretary to "do nothing", resulting in conflicts and power struggles.

Some people think that the greatest function of the Deputy Secretary is to strengthen high-level coordination and overall planning. However, according to the Deputy Secretary of Justice, "there will be no coordination with you all day long", and as the so-called "many incense burners, many ghosts", The position of the deputy director is unclear, and it can turn into a power struggle at any time.

Some people in the establishment laughed and said that even if these concerns were raised at the guild, it would not actually make much sense. Anyway, the guild had to pass it. Lin Zheng just cooperated with Li Jiachao's suggestion. It doesn't matter if the reorganization is made, but a group of accountability officials whose whereabouts are unknown remained silent in this discussion.

Structural restructuring and adding three deputy directors Liu Zhaojia: It is necessary to prevent the deputy director's role from being unclear and not being taken seriously. The structure reorganization is clearly seen in one article. The Financial Secretary plans to find land to build a house Political circles rumors ︱ Dismantling the mystery of the Department of Justice setting up a deputy, some people worry about "side effects" 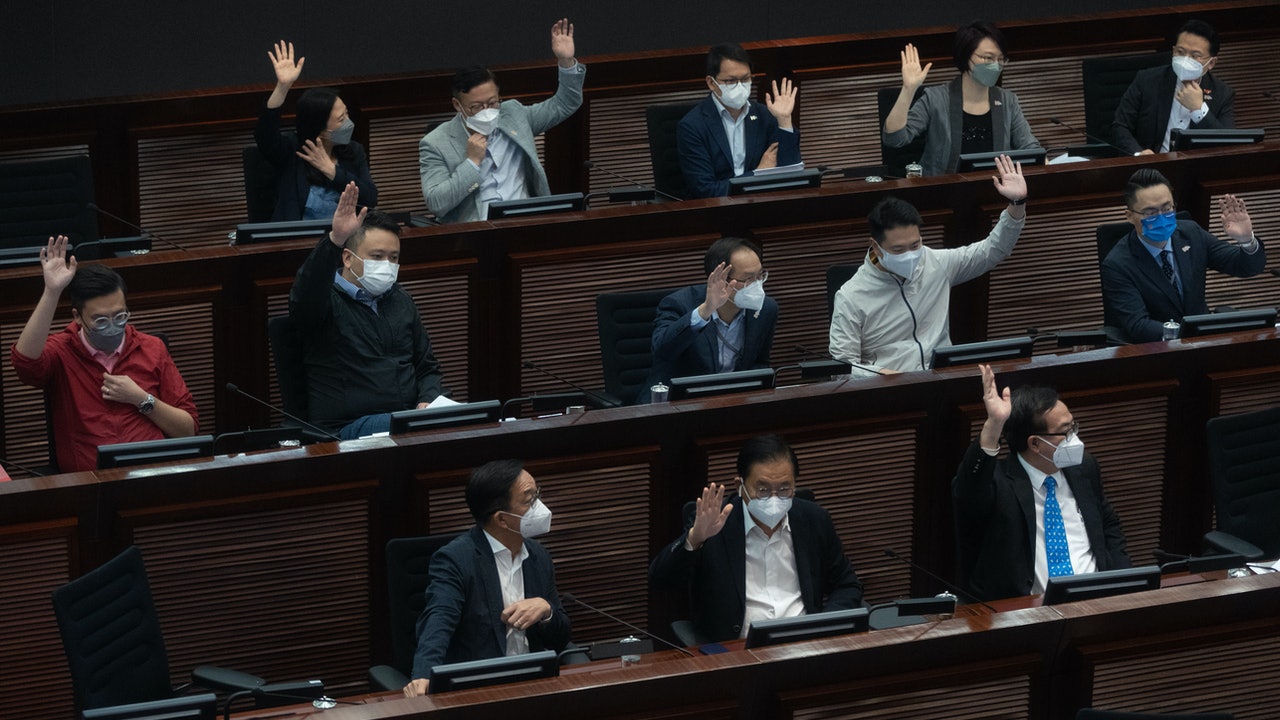 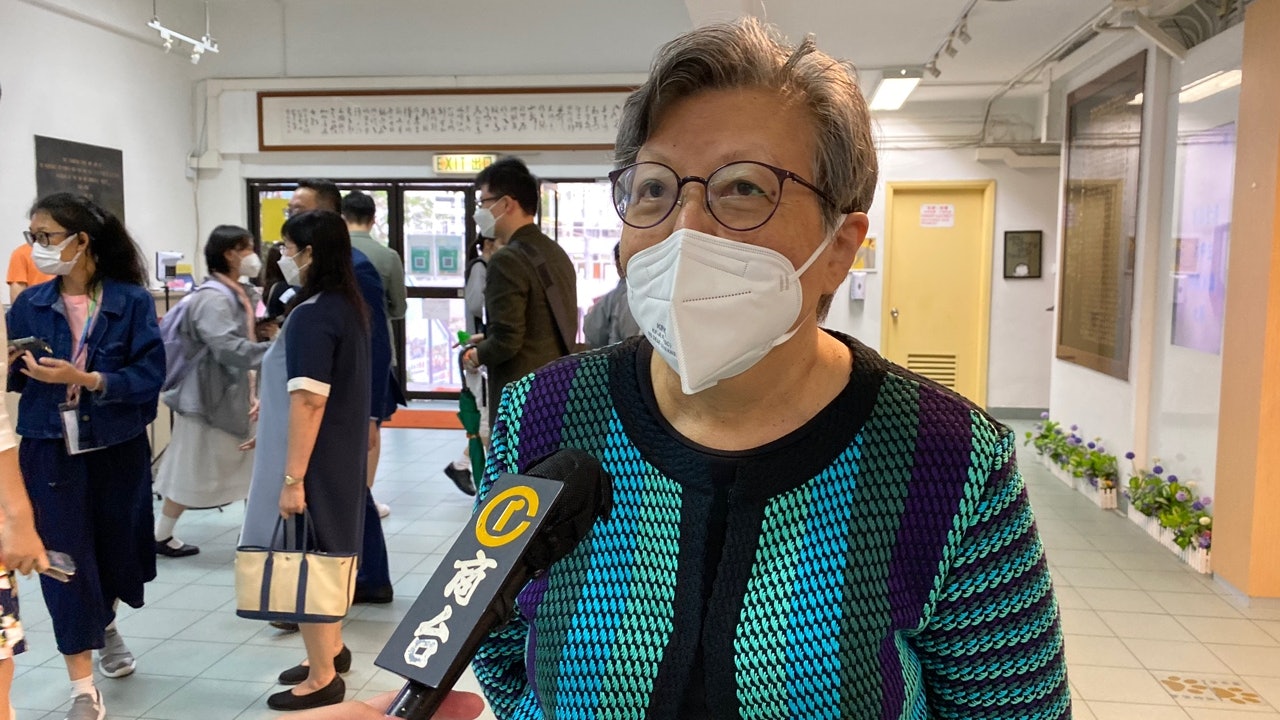 Fan Xulitai: The new government team must serve the citizens regardless of background or expertise 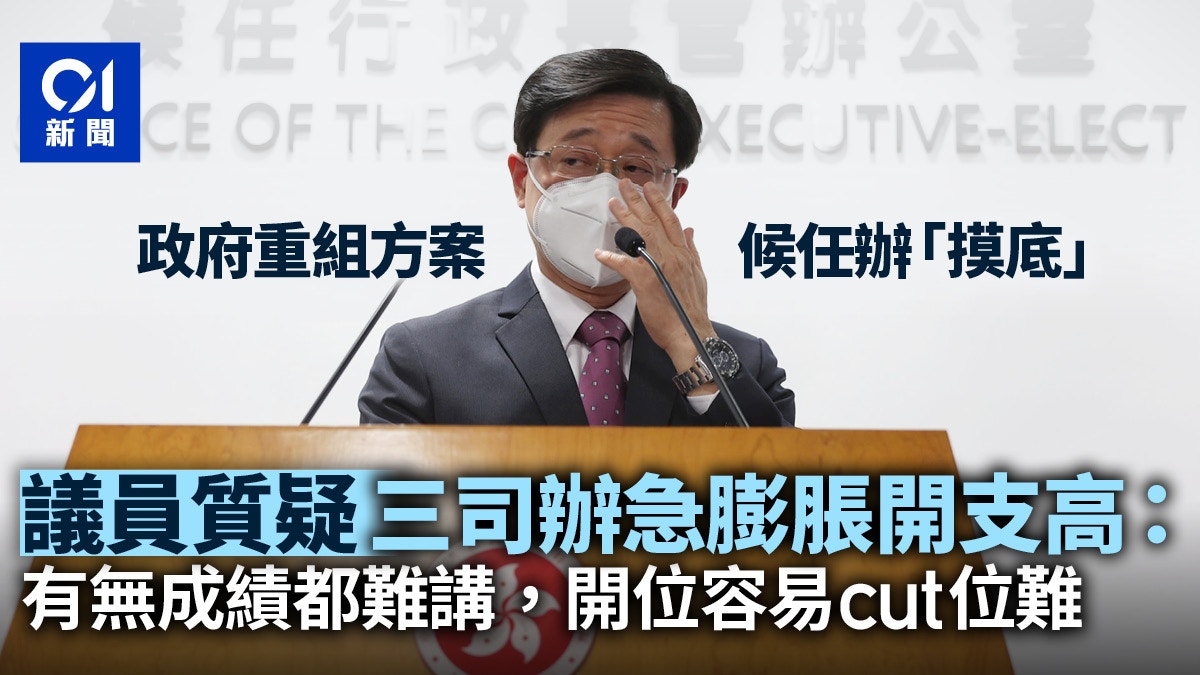 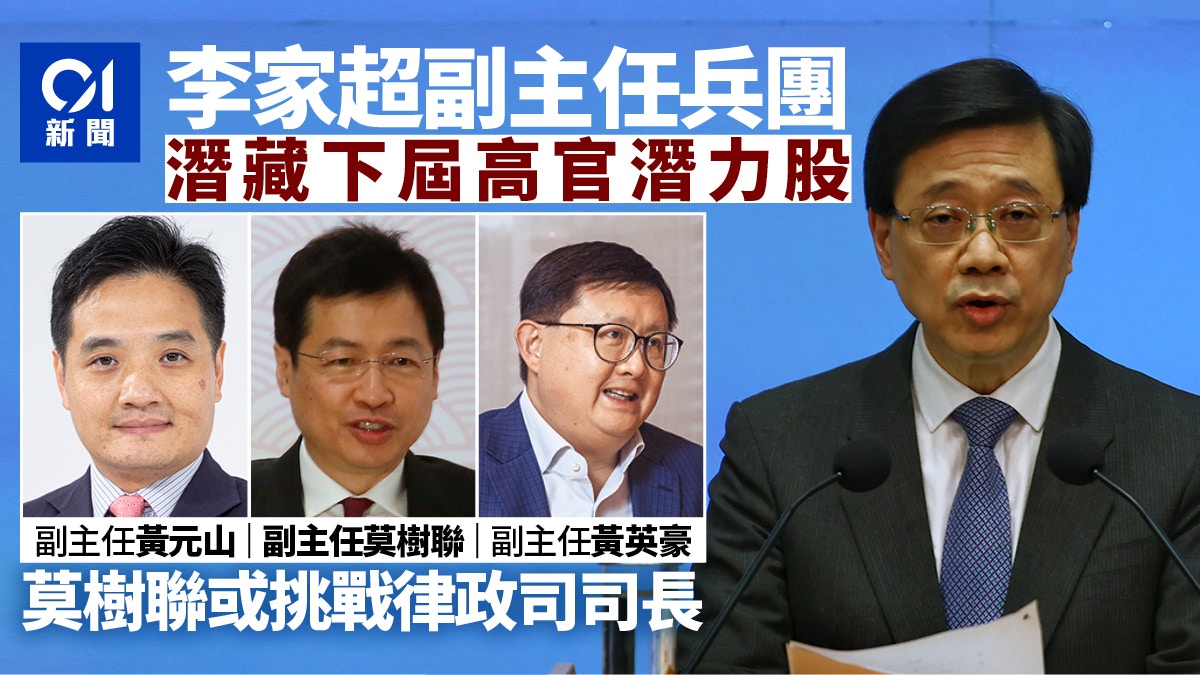 Rumors in the political circle | Li Jiachao's campaign office is a key member of the next senior official candidate, Zheng Ruohua remains in office and meets a strong enemy? 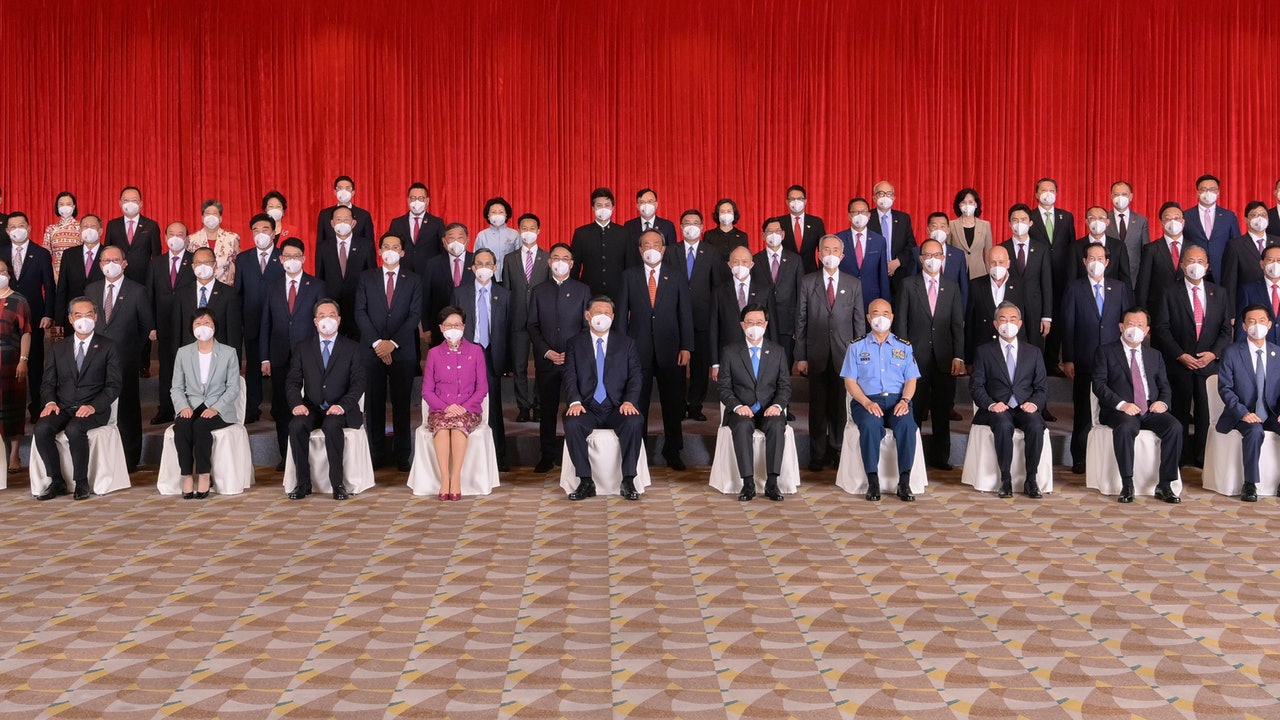 Xi Jinping's visit to Hong Kong | People from all walks of life take a group photo to meet the reshuffle of political and business power in Hong Kong. Chief Li Ka-shing is absent 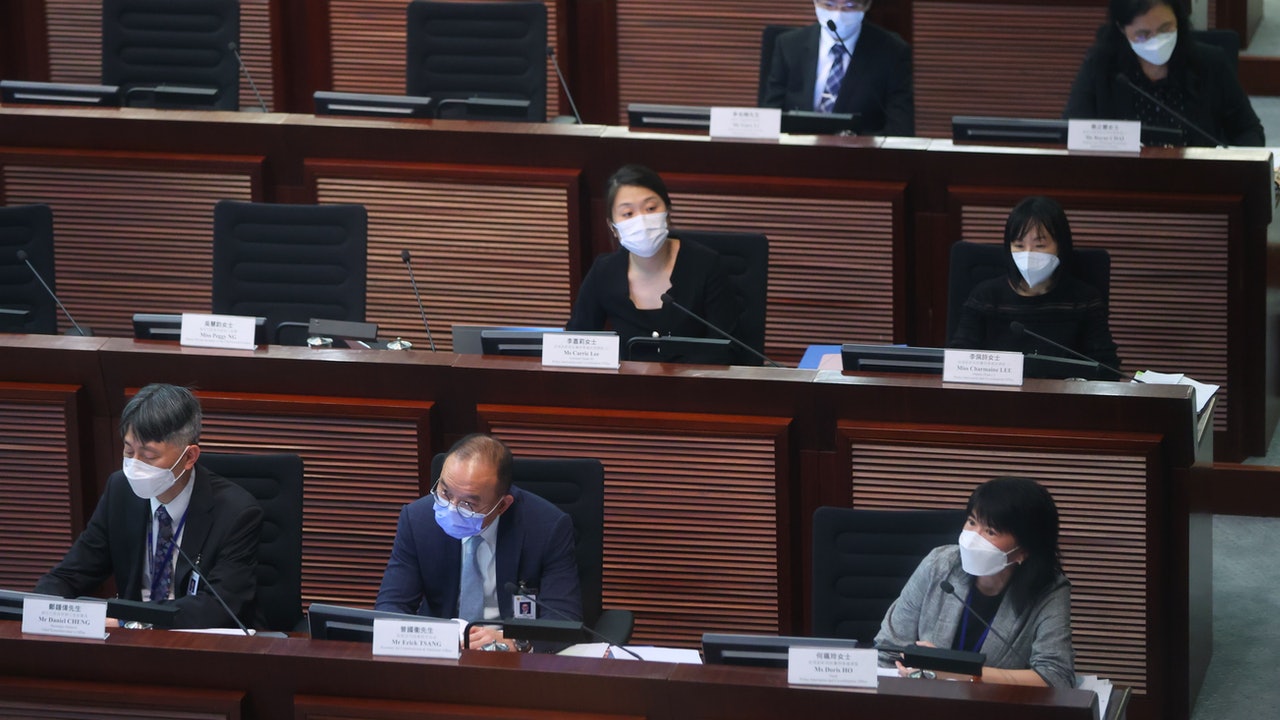