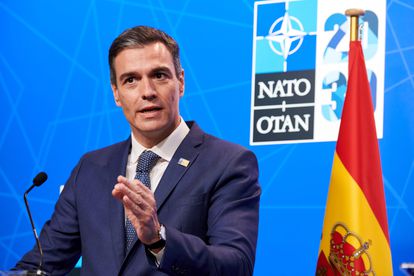 The President of the Government, Pedro Sánchez, during the NATO summit held in Brussels in June last year. HorstWagner.eu (EFE)

Spain will commit to NATO to double its military spending in the same decade during the summit that the Atlantic Alliance is holding in Madrid on June 29 and 30.

The President of the Government, Pedro Sánchez, has expressed on several occasions his intention that Spain reach 2% of GDP in defense spending "in the coming years", without specifying a date.

According to the schedule provided by the Executive, this objective will be reached at the latest in 2030, within eight years, although it could be reached earlier, between 2028 and 2029, depending on the evolution of GDP, government sources assure.

The deadline set to fulfill the commitment to NATO may open new fissures between the PSOE and its government and investiture partners.

When Sánchez assumed the 2% goal, even without setting a deadline, he received criticism from United We Can and the Catalan and Basque nationalists.

The second vice president, Yolanda Díaz, made it clear that she "does not share" the decision and stressed that "the priority" is to increase investment in research, education or health.

Doubling military spending will be a huge budget strain.

Spain invested 12,208 million euros in defense last year, 1.03% of its GDP, according to the latest NATO data, published on March 31.

To reach 2%, it will have to touch the constant 24,000 million euros at the end of this decade.

In addition to presenting its roadmap for the progressive increase in military spending, the Government is studying the possibility of announcing, coinciding with the Madrid summit, an extraordinary credit for Defense that should be applied this year and demonstrate, not only with plans but with facts , the will to contribute to the reinforcement of the allied defense to face the resurrected Russian threat, according to the sources consulted.

The agreement to allocate 2% of GDP to Defense was adopted by the NATO countries at the 2014 Wales summit, with a ten-year horizon to comply with it.

However, many countries took it as a mere recommendation, not a mandate.

The Spanish Minister of Defense, Margarita Robles, still said on March 9 in Congress that Spain would never achieve that goal.

The invasion of Ukraine by Russia and the fear of Putin's renewed imperialism have turned the security map in Europe upside down and have pushed many EU countries - starting with Germany, traditionally the most reticent, which has announced a injection of 100,000 million to modernize its army—to accelerate its rearmament plans or consider joining NATO, like Finland and Sweden.

President Pedro Sánchez assured on March 14 in an interview on La Sexta that "the Executive's commitment is to increase defense spending and comply with the NATO mandate of reaching 2% of GDP."

On March 31, in an appearance in Congress on the consequences of the war in Ukraine, he described the increase in military spending as "peremptory" and "undeferrable", to reach "in the coming years" 2% of GDP.

“I am not talking about a sudden increase because the Ministry [of Defense] would not have the capacity to absorb all that enormous resource of financial capacities, but it would be progressive,” he added, without specifying deadlines.

Although Sánchez said after the European summit in Versailles (Paris), on March 11, that his goal was to finish the legislature allocating 1.22% of GDP to Defense (which would mean an increase of about 2,500 million compared to last year) , the current plans of the Government go through raising military spending by two tenths in 2023 and one tenth in 2024 and 2025, which would lead to reaching 1.4% on that last date.

With this calendar, 2% would be reached during the legislature that begins in January 2028;

that is, after two general elections, if there is no early dissolution of the Cortes.

However, if the Defense demands are met, an extraordinary loan could be approved this year to demonstrate the Government's willingness to start fulfilling its commitment to NATO.

Among other reasons, this increase would be justified by the need to urgently replace the weapons and ammunition donated to Ukraine —more than 60 million, which in the medium term should be covered by the EU—, recover the level of maintenance that has seriously deteriorated in recent years and, above all, to adapt to the new recruitment deadlines set by NATO, which has drastically reduced the time in which units must be ready to fight, which requires them to be fully staffed and equipped.

This extraordinary credit, if approved, should be reflected in a decree law and submitted for ratification by Congress.

Despite having increased military spending by 12 tenths with respect to GDP (from 0.91% to 1.03%) since 2019, Spain is still at the bottom of the NATO countries, only ahead of Luxembourg.

In 2021, eight allied countries exceeded 2% (the United States, the United Kingdom, Greece, Poland, Croatia, Estonia, Latvia and Lithuania) and another two (France and Romania) were close to it.

On the other hand, Spain is among the allies that comply with another of the recommendations of the Wales summit: allocate 20% of its defense spending to equipment.

Robles will visit the Pentagon

Defense Minister Margarita Robles will travel to Washington next Wednesday, invited by her US counterpart, Lloyd Austin.

In addition to the traditional floral offering in the Arlington cemetery, Robles will visit the Pentagon and will meet, in addition to her host, the Secretary of the Navy, Carlos del Toro, of Cuban origin.

Moncloa has been negotiating a visit by President Sánchez to the White House for months, with the aim of having it take place before the NATO summit in Madrid, so far without success.

will travel to the Spanish capital to participate in the allied summit together with the remaining 29 heads of state and government.

The leaders of the two new candidates for entry, Finland and Sweden, as well as those of Ukraine (by videoconference) and Georgia, along with the heads of the EU, with which NATO will sign a new collaboration agreement, will also be invited. 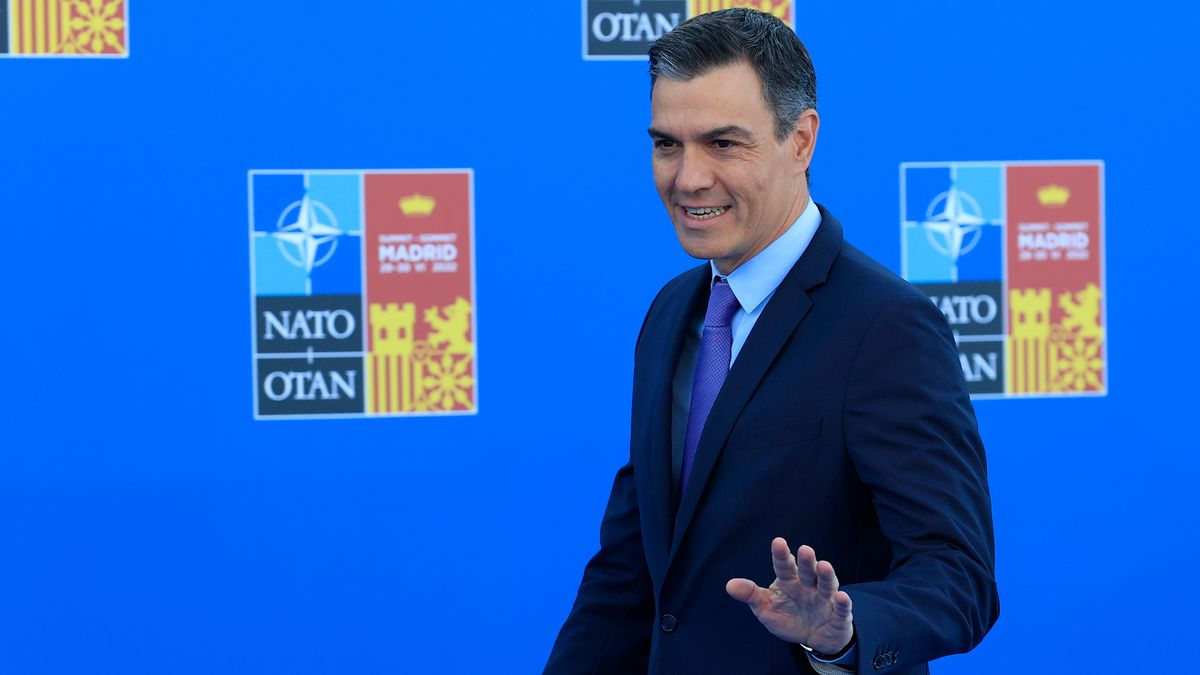 The Government finalizes an increase in defense spending of about 1,000 million this year 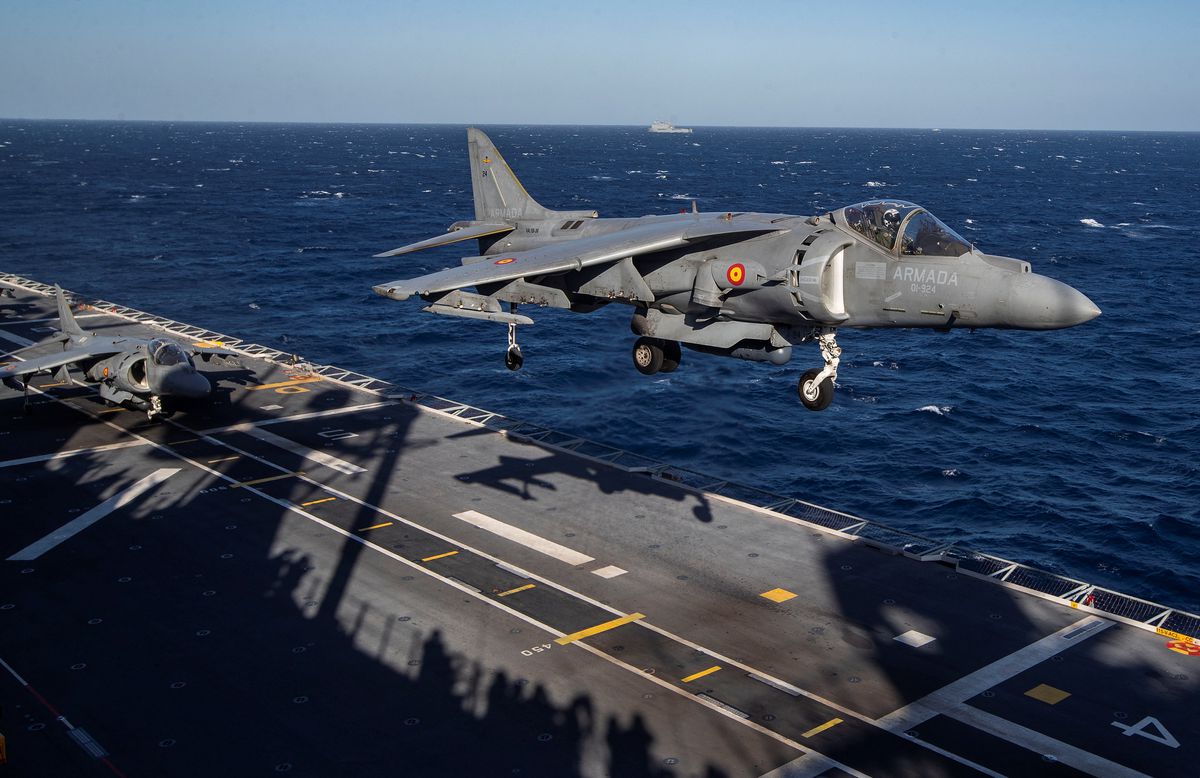 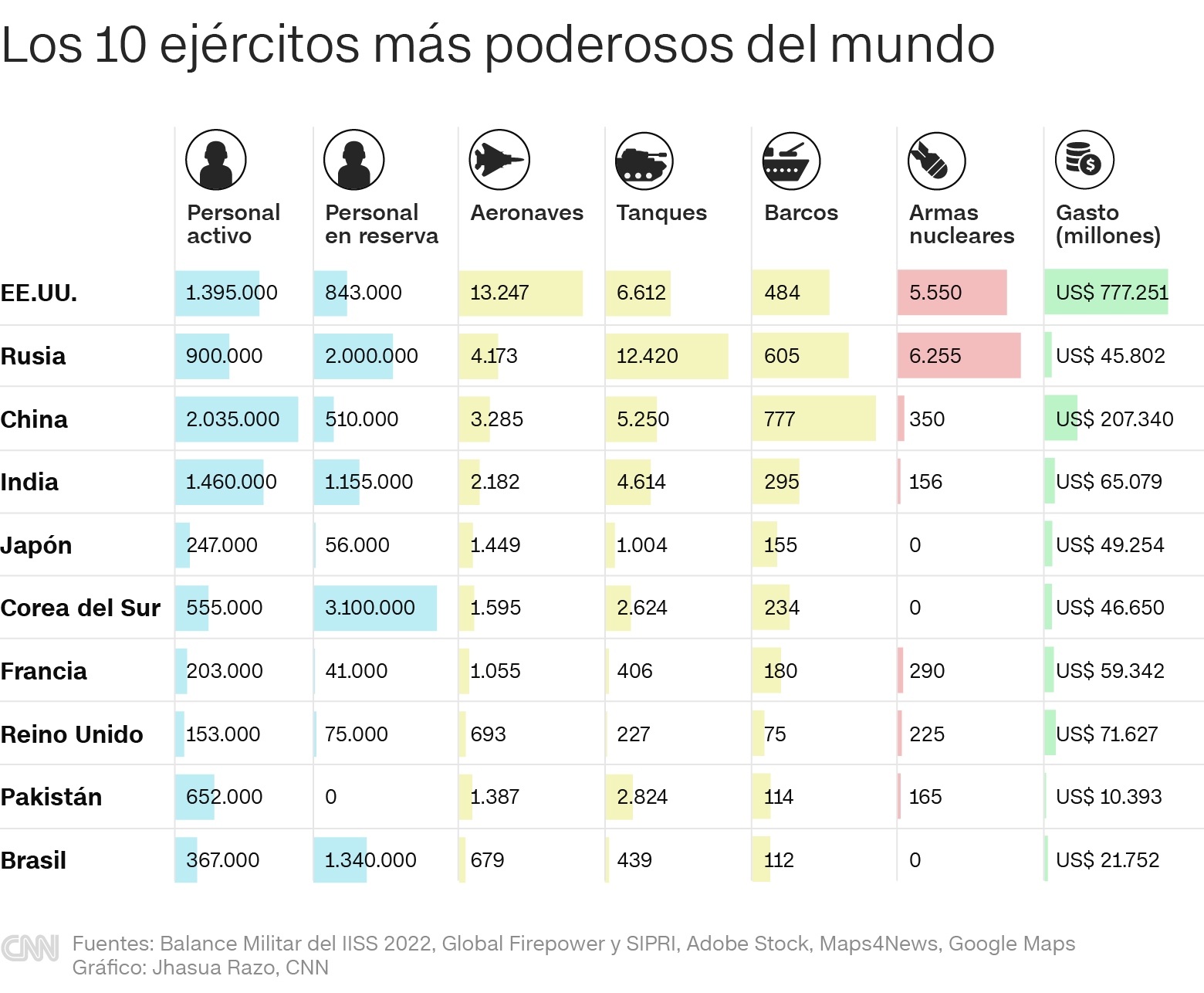 The military power of NATO: who are the strongest members of the Atlantic Alliance? 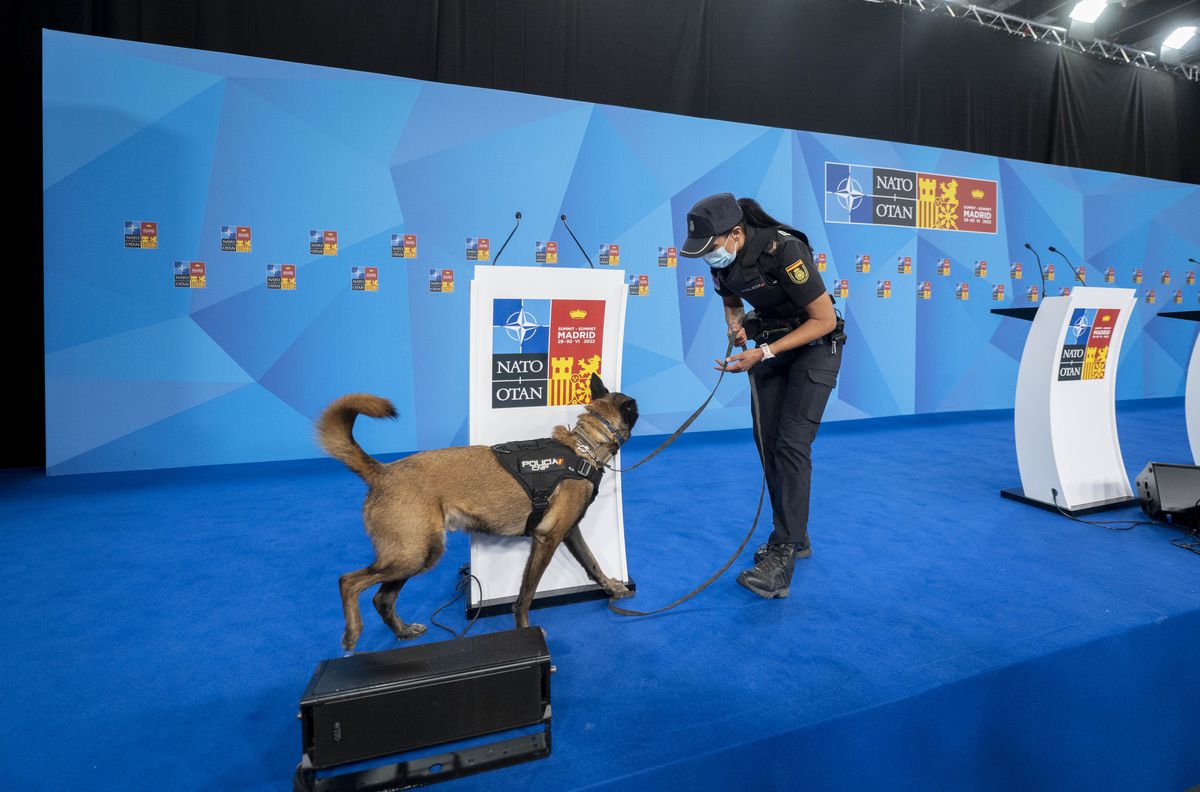 Keys to the NATO summit in Madrid: Russia, enlargement and terrorism 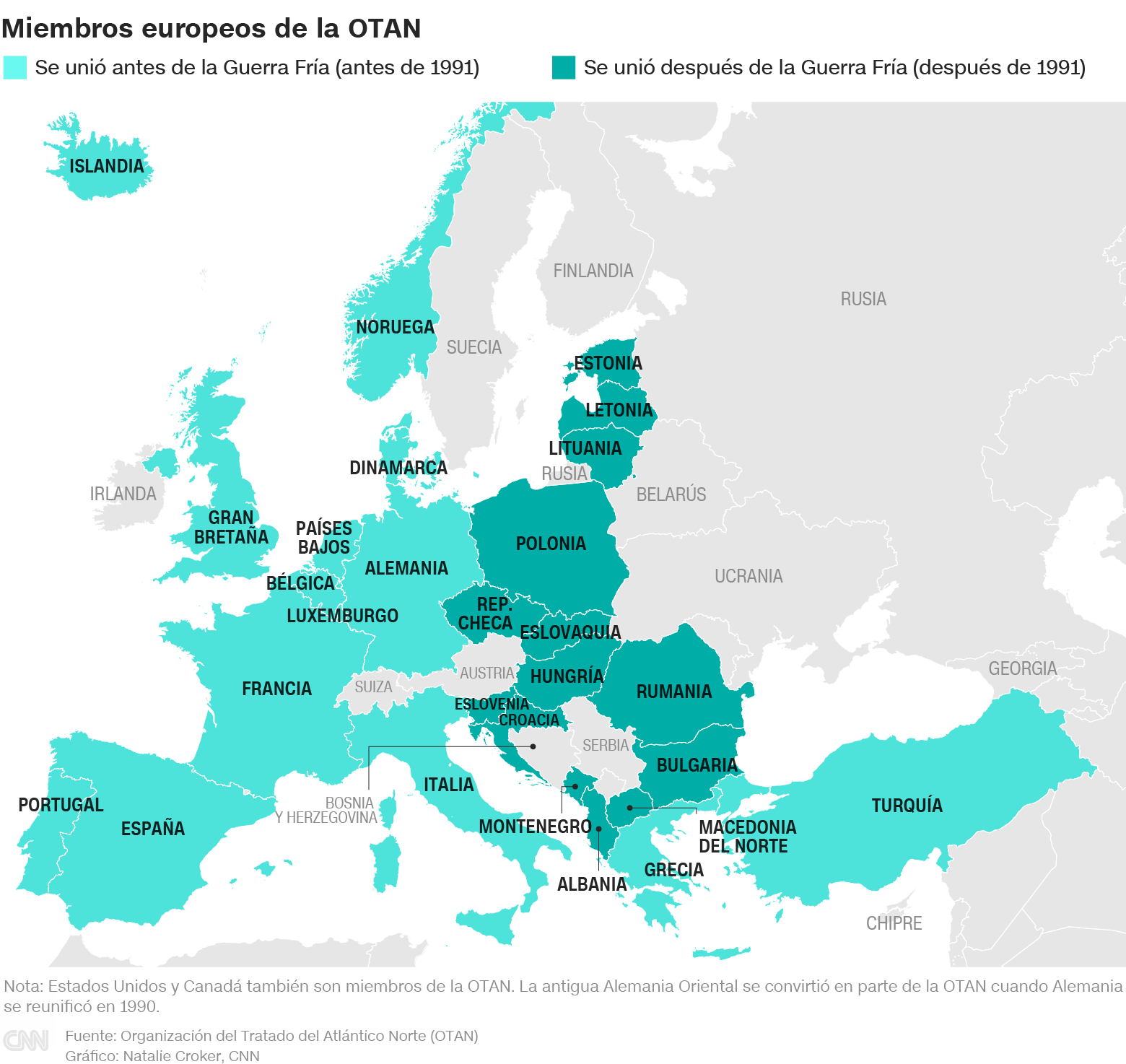 During the fifth wave of the epidemic, more than 500 people were sleeping on the streets due to unemployment. SWD: Provide appropriate welfare support
2022-07-06T05:17:44.297Z

The government has set up 4 teams to deal with poverty alleviation and housing directors to set work targets in August to communicate with councillors every month
2022-07-06T04:29:54.896Z

Cuban Foreign Minister: Stresses the strength of friendship and solidarity relations between Syria and Cuba
2022-07-06T04:23:29.068Z

Li Jiachao's first question-and-answer session had a harmonious atmosphere, only one man questioned the brain drain: You are not active enough
2022-07-06T04:23:22.909Z

Li Jiachao will set up a "Chief Executive Policy Unit" to formulate policies from a national perspective and Hong Kong's interests
2022-07-06T04:23:16.660Z

Subdivided Housing Rent Management | The Valuation Department has taken the initiative to investigate the subdivided housing tenants since May, calling on the owners to report violations
2022-07-06T04:23:03.478Z