The attention in the trial that confronts Johnny Depp and Amber Heard turns from the ex-partner to other great protagonists of the case: their lawyers.

Amber Heard questioned about her drug use 1:15

The attention in the trial that confronts Johnny Depp and Amber Heard turns from the ex-partner to other great protagonists of the case: their lawyers.

Camille Vasquez, Depp's lawyer, came into the spotlight after her harsh cross-examination of Heard.

She is one of the nine members of the team that defends the star of "Pirates of the Caribbean", a high-profile team.

Five women and four men from the Brown Rudnick law firm, which has more than 250 professionals and has litigated cases throughout the world, make up the defense of the actor in his lawsuit against Heard for US $ 50 million in a defamation case .

Benjamin Chew, the team leader, has worked for Depp and other stars like Cher

Chew, a graduate of Princeton University and a member of the American College of Trial Lawyers, has already worked for Depp: he successfully led two fiduciary breach cases for the actor in Los Angeles, according to information available on the firm's website, and is now the lead attorney in the case.

He has had a central role in court in Virginia, where he delivered, for example, the opening arguments of the case.

He has also worked for other stars such as Cher, whom he represented on several occasions, including two cases linked to the Oscar-nominated film "Edith & Eddie."

According to his biography, he is engaged in litigation of a commercial nature and also in international disputes.

His experience includes cases as diverse as representing Dubai and Honduras in litigation in the United States to serving as counsel in a class action lawsuit by black farmers against the Department of Agriculture that resulted in a $1.2 billion settlement and it was based on systemic discrimination in farm loan programs.

He has also litigated outside the United States: he was the one who successfully brought, among others, a case of the current prime minister of Georgia before the European Court of Human Rights in 2012.

In sports, he represented two Olympic gold medalists, Dr. Edwin Moses and Beckie Scott, in a matter related to an investigation by the World Anti-Doping Agency.

"Who was the real monster in this relationship, Miss Heard?"

This was one of the tough questions Camille Vasquez hurled at Heard during Tuesday's cross-examination, where she pressed the actress on several occasions.

According to her bio on the firm's website, she is an associate based in Orange County, California, working in their Litigation and Arbitration Practice Group.

"Camille is an expert in formulating offensive and defensive litigation strategies for private clients."

She also has experience in crisis communication.

Before joining Brown Rudnick, he worked for a national firm based in Los Angeles.

Wayne Dennison has extensive commercial litigation experience, according to the firm, and has worked with clients that include Fortune 500 companies and elected officials.

Among the companies he has represented are in the area of ​​technology, casino operators and health care, among others.

It was during cross-examination of Dennison that a forensic psychologist hired by Heard's team retracted her statement.

Dawn Hughes had declared, after a psychological evaluation of Heard, that the actress suffered from post-traumatic stress as a result of the "serious" violence perpetrated by Depp.

On the other hand, she had characterized episodes of Heard's violence as "mild."

Dennison played a recording of a conversation between the couple during their questioning of the psychologist and showed her the photos of Depp's partially severed finger to question her about the use of the adjective "mild".

Finally, the psychologist retracted, stating that the image showed a "serious" injury.

Another of the names of the legal team that has sounded the most is that of Andrew Crawford, recognized since 2017 by Super Lawyers, a lawyer rating service, as a "rising star" in the city of Washington.

The participation of Rebecca MacDowell Lecaroz, who cross-examined Heard's sister this Wednesday in court, has also been notorious. 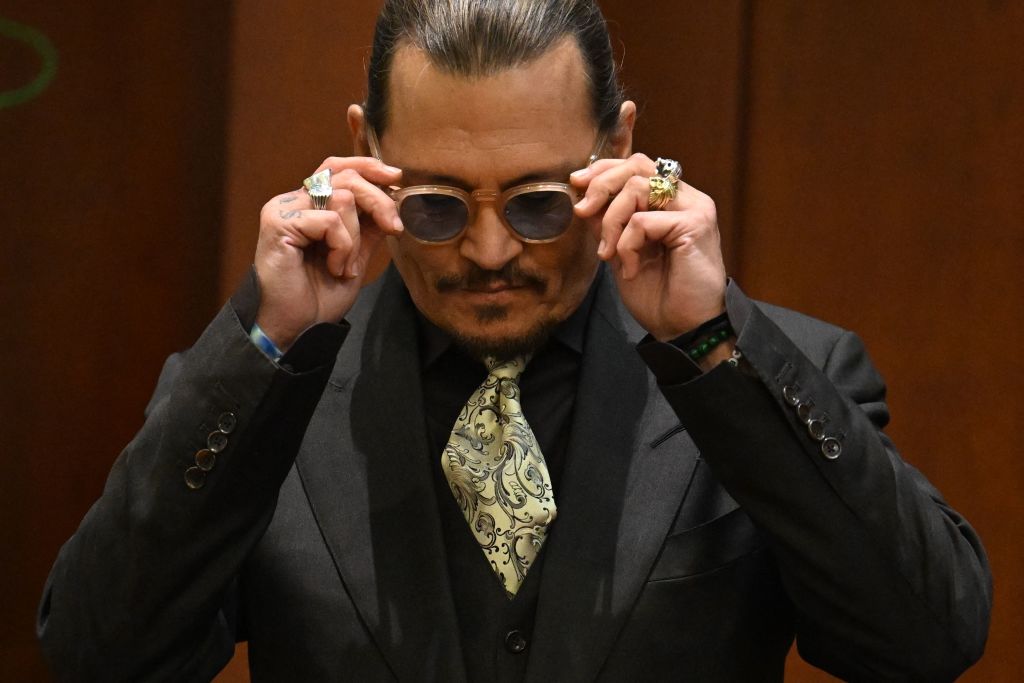 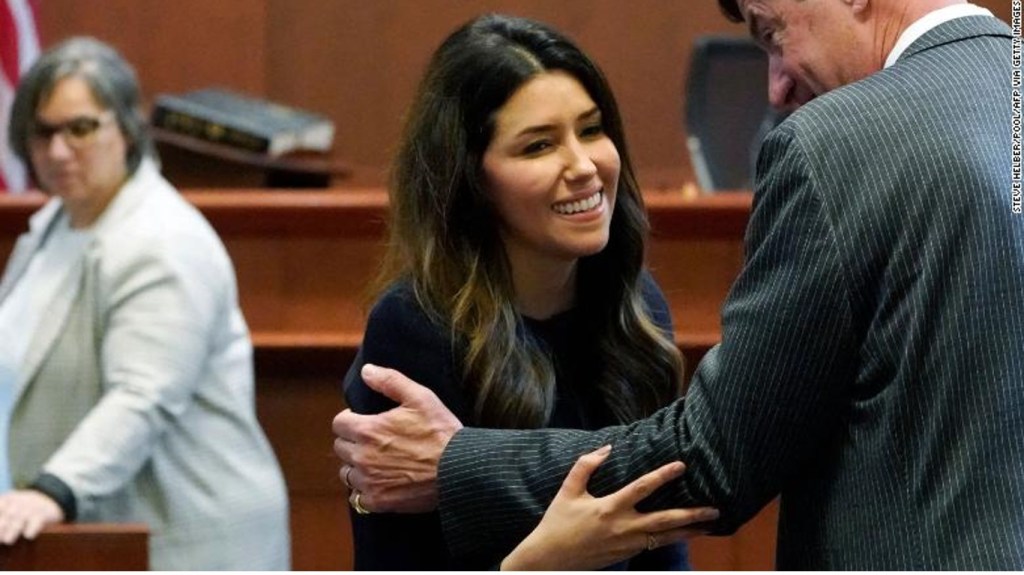 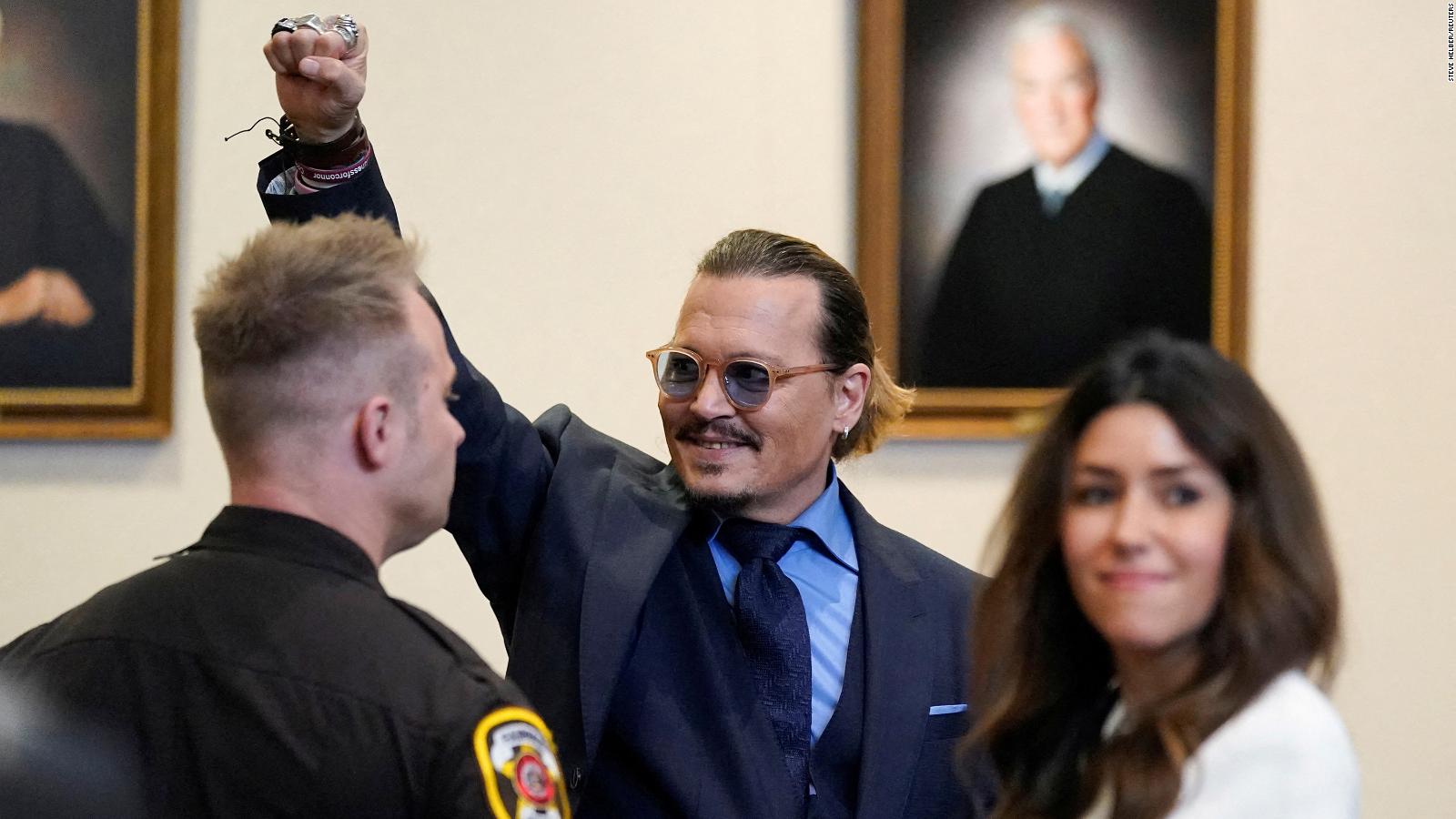 Johnny Depp's lawyers talk about the defamation trial against Amber Hear: "Johnny took on his problems" 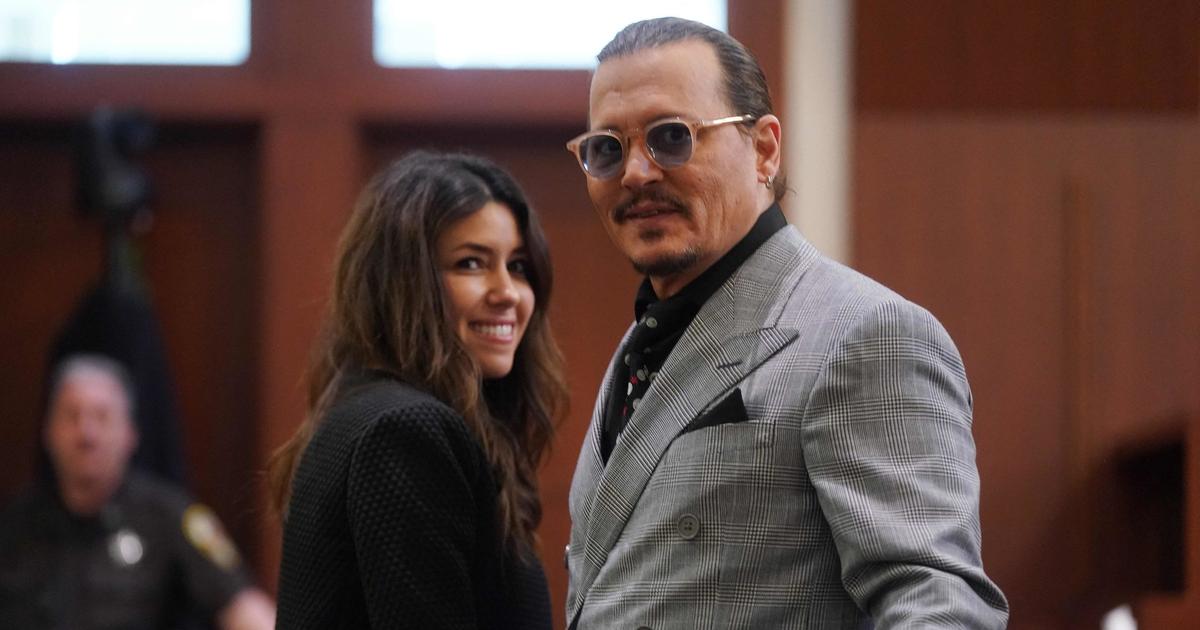 Camille Vasquez, Johnny Depp's lawyer, promoted to the rank of partner in his firm 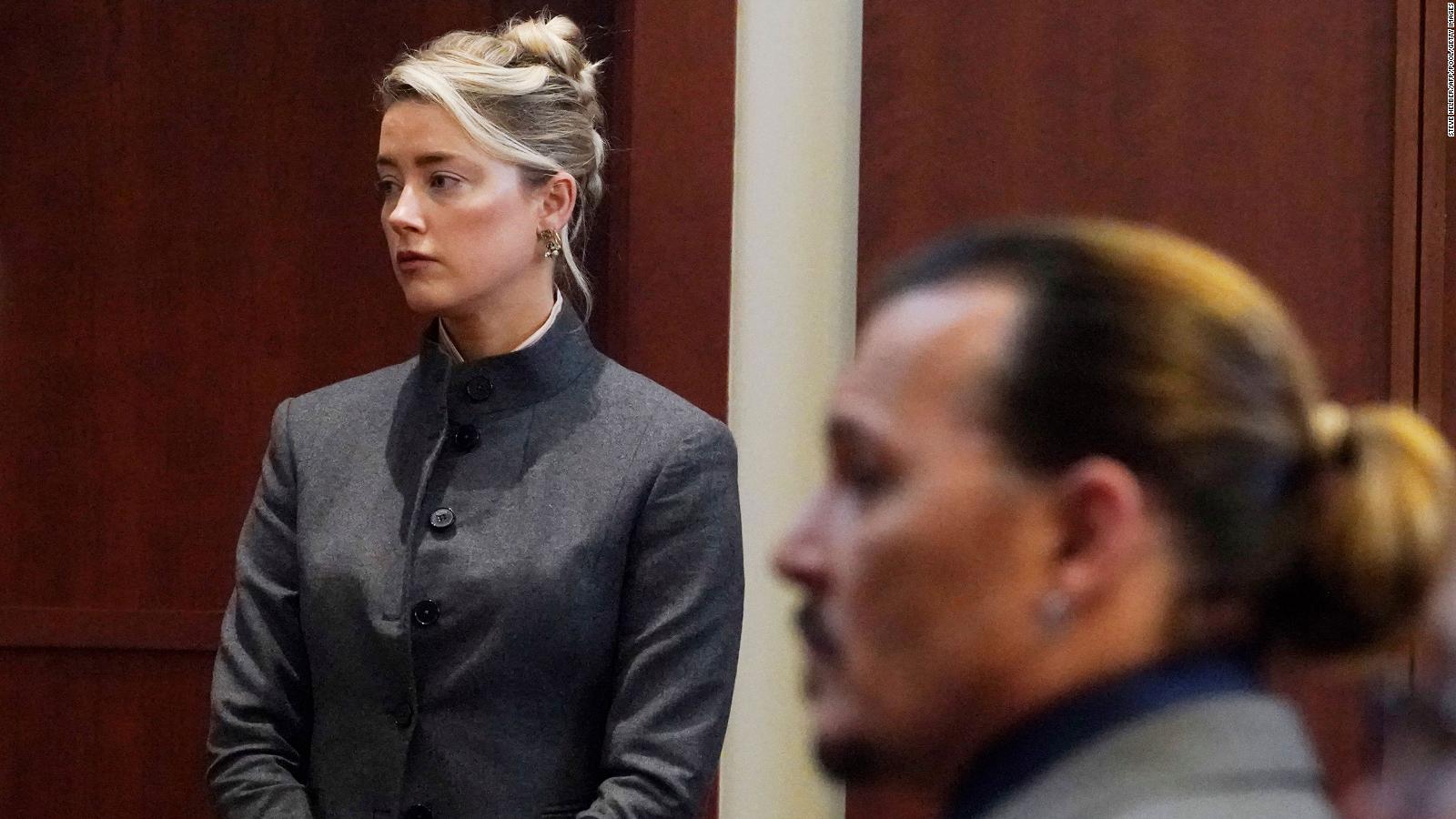 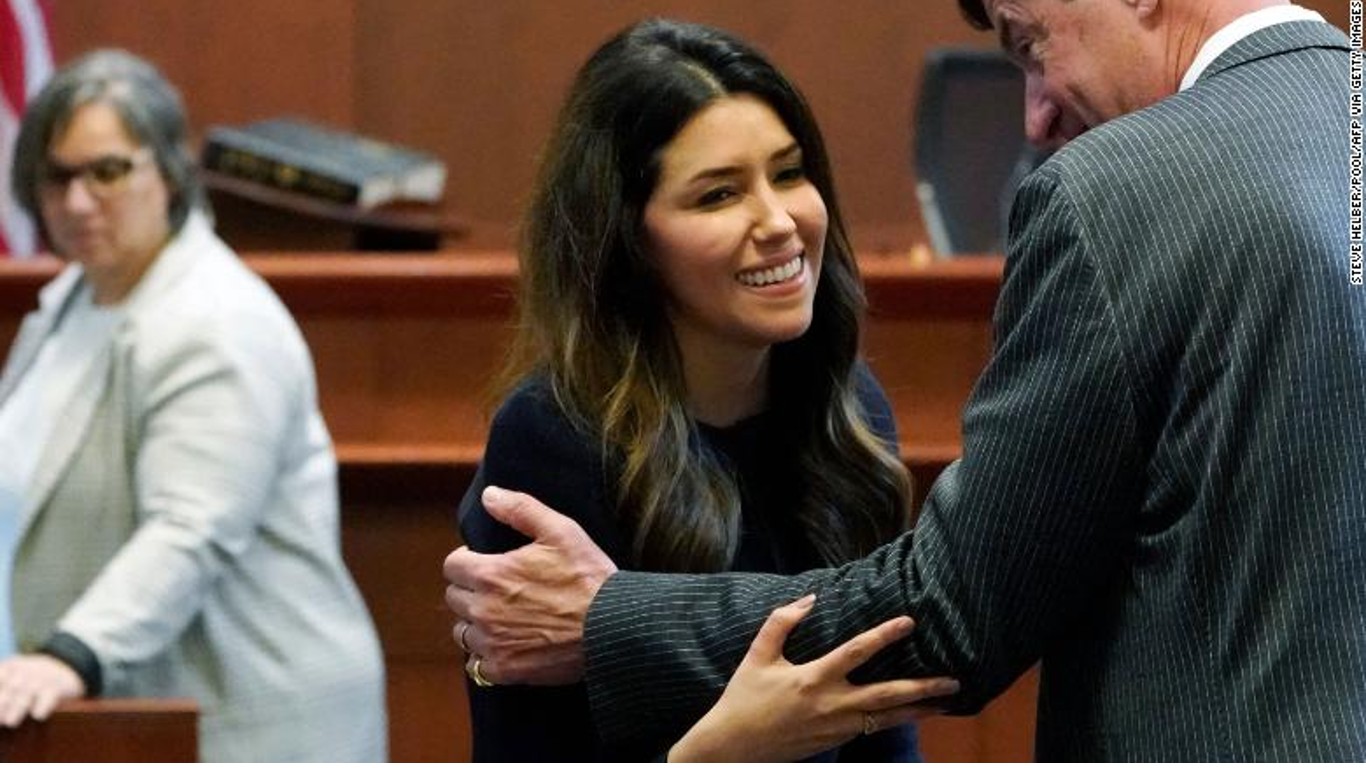 Amber Heard "disappointed" and Johnny Depp "at peace": this is how the actors reacted after the verdict