The announcement of the Knesset member's retirement and the expected vote to dissolve the Knesset puts the government on a fateful political week. The coalition hopes to reach agreements with Zoabi, and the opposition has already resumed contacts with the aim of speeding up the overthrow of the government. Despite the retirement, the coalition is determined to approve the "Dimensions for Studies" law

Optimism in the coalition for another tense week.

Assessment: Zoabi will not support the overthrow of the government

The announcement of the Knesset member's retirement and the expected vote to dissolve the Knesset puts the government on a fateful political week.

The coalition hopes to reach agreements with Zoabi, and the opposition has already resumed contacts with the aim of speeding up the overthrow of the government.

Despite the retirement, the coalition is determined to approve the "Dimensions for Studies" law

In the video: MK Jida Rinawi Zoabi on the essays in the Knesset of Israel (Knesset Channel)

The Bennett-Lapid government opens another fateful and tense political week, in which it will try for the first time to deal with its transformation into a minority government and the consequences of the resignation of MK Jida Rinawi Zoabi (Meretz). A class that is retiring from Meretz and saying that it has sent positive messages that it will not support the overthrow of the government or the dissolution of the Knesset.

The coalition hopes that it will be possible to reach an agreement with Rinawi Zoabi on a point-by-point cooperation in exchange for plans and budgets for Arab society.

The discourse in front of her is led by RAAM chairman Mansour Abbas, who is committed to resolving the crisis and is much closer to it than members of her party.

According to coalition sources, "Ra'am has taken her under its wing." Foreign Minister Yair Lapid is expected to meet with her tomorrow (Sunday) and continue to look for ways to resolve the crisis.

Minister Fridge: I would have resigned instead of Rinawi Zoabi

Following the resignation of Meretz, which left the coalition with only 59 fingers, the opposition said that a bill to dissolve the Knesset would be tabled next Wednesday, but a final decision on the matter will only be made if a majority law is guaranteed.

The opposition is trying to take advantage of the upheaval created to put pressure on other defectors;

According to Likud sources, after Rinawi Zoabi's resignation, contacts with right-wingers and a new hope were renewed in order to expedite the overthrow of the government.

A final decision will only be made if it is guaranteed by a majority law.

Despite the retirement of Rinawi Zoabi, the coalition is determined this week to approve the "Dimensions for Studies" law, which budgets academic studies for discharged fighters.

The coalition last week put a lot of pressure on the Likud to support the law, but the opposition leadership decided to oppose any legislation that the government would bring, including "dimensions for studies."

Last week, the Likud's internal criticism of the decision was raised, and MKs called on opposition leader Benjamin Netanyahu to change his position and support the law. Will increase from 2/3 to 100%, but the coalition refuses to comply with this condition and currently, the majority for approving the law is in doubt.

The government needs to renew regulations in Judea and Samaria, the coalition fears explosions against the RAAM - Walla! News

"The boycott is not our way": Rabbis protest against the decision not to invite Bennett to Jerusalem celebrations at the Rabbi's Center - Walla! news

"A test for the continued existence of the government." Vigilance ahead of the vote on the Judea and Samaria law tomorrow in the Knesset - Walla! News

PM Bennett: "The future of the country is in danger, it must not be given up" Israel today

MK Zoabi: I will not return to the coalition, I will decide how to vote on the dissolution of the Knesset by order of conscience - Walla! News 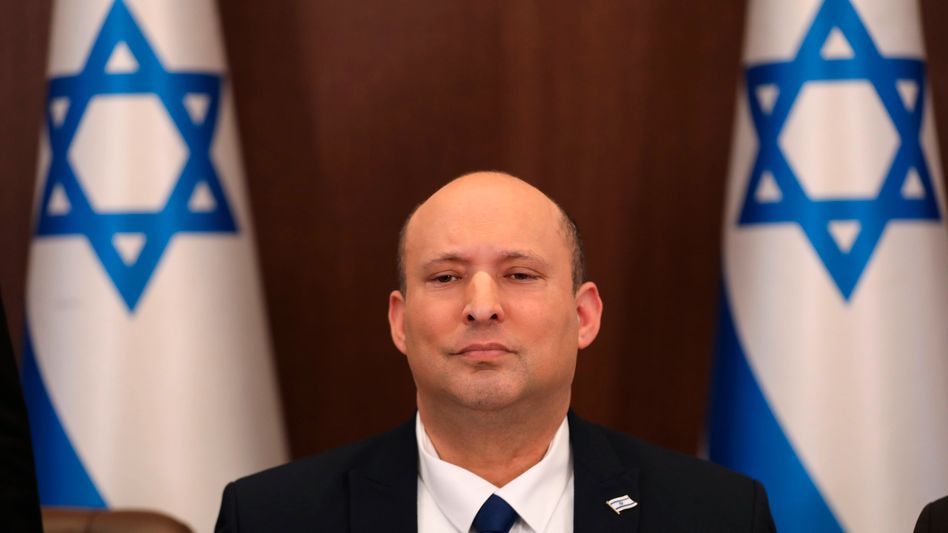 Israel: Government of Naftali Bennett only with Knesset minority