The woman whose voice was heard in the rubble of the Surfside condominium collapse in Miami has been identified. It happened like that

According to the Miami-Dade Fire Department, the "voice in the rubble" belonged to Theresa Velasquez, a Live Nation music executive who was 36 when she died, along with her parents. 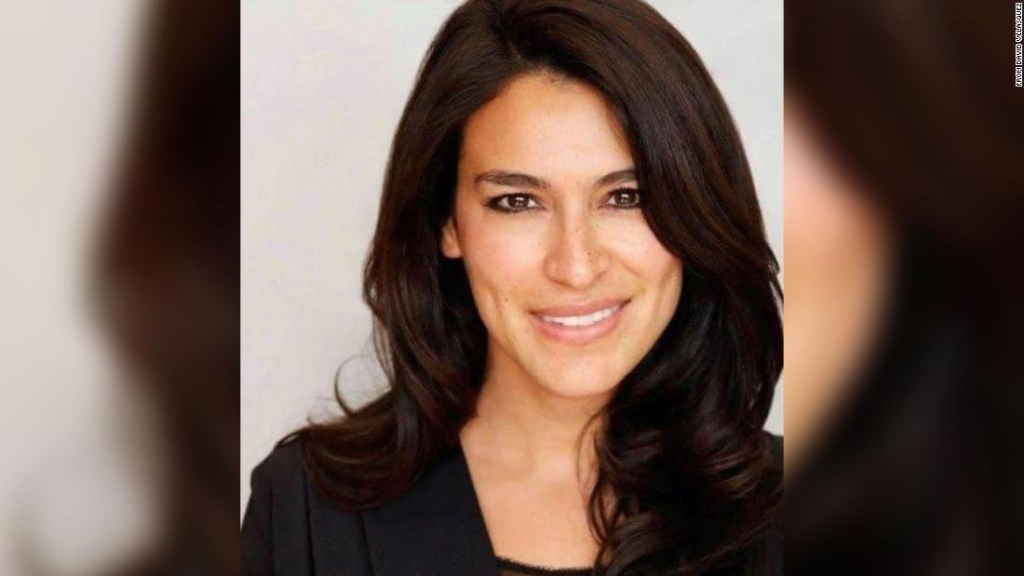 Lifeguards heard a voice in the early hours 1:07

The faint, calm voice of a woman trapped in the massive pile of concrete and twisted steel could be heard for several hours after the Surfside, Florida, condominium collapsed last June.

An 11-page memo released by the Miami-Dade Fire Department last week said the "voice in the rubble" belonged to Theresa Velasquez, a Live Nation music executive who was 36 when she died, along with her parents.

They were among 98 people who died in the disaster at the Champlain Towers South building last summer.

The memo, which describes the precarious search conditions and emotional toll of the search for "life under the rubble," says that rescue dogs "detected the scent of a living victim" under the condominium parking lot around 6:00 p.m. 30 a.m.

Deputy Fire Chief Raied Jadallah wrote that the memo - dated April 25 - was a rebuttal to a newspaper article that suggested the voice in the rubble belonged to a 14-year-old boy who also died in the collapse.

"We are currently reviewing the report from the Miami-Dade Fire Department," Lark-Marie Anton, a spokeswoman for Gannett, which owns USA Today, said in a statement.

"The facts and origin of our story are clear. We have no additional comment at this time."

The memorandum described the high levels of carbon monoxide at the site and the dangers of using power tools in puddles of water.

“While working in standing water, rescuers received electrical shocks while operating jackhammers due to moisture in power lines,” Jadallah wrote.

Ultimately, a total of 37 survivors were rescued.

Air bag lifts, hydraulic tools, pneumatic shoring devices and other instruments were used to rescue four survivors trapped under debris, according to the memo.

The four survivors include a 15-year-old boy whose hand and fingers were seen moving through the debris by a man walking his dog, Miami-Dade Fire Department spokeswoman Erika Benitez said Saturday.

The boy's mother was also rescued, but later died of her injuries.

A woman and her teenage daughter, who lived on the ninth floor of the tower, were also pulled from the rubble, Benitez said.

The daughter was found first and pointed rescuers to a spot about 30 feet away where they located her mother.

Both suffered serious injuries but recovered, he said.

The girl's father was among the fatalities.

They identify the victim 98 of the collapse in Miami 1:47

In a statement following the release of the memo, the Miami-Dade Fire Department said "rescue responders spared no effort in this search and rescue operation, and it is important that these responders understand the full scope of their efforts."

"Our hearts go out to all the families of the victims, and we hope they can find some comfort in knowing that everything possible was done to rescue their loved ones," the statement said.

In the interviews, Jadallah wrote, she learned that rescuers "never had a full or lengthy conversation with the woman in the rubble pile."

Communication used to last "a few seconds at a time".

At the time, a fire official said they listened to the woman for several hours.

Some rescuers believed the woman may have been 10 to 20 feet from a huge concrete slab where the operation began.

"Rescue teams explained that the only times they could communicate with the woman was when all operations ceased and everyone was silent," the memo said.

"Even the slightest whisper from rescuers or the splash of standing water negated any ability to hear the woman."

"They would tell him, 'If you can still hear us, if you're still with us, knock two or three times' so they could hear the vibrations through the debris," Benitez said of the rescuers.

"That's how they communicated with her towards the end. She was obviously getting weaker and she was coming and going."

It is unclear if the woman was asked her name.

"Some times they could hear it clearly and then some times it wasn't audible," Benitez said.

"She didn't have the strength to be loud enough to be heard. So we didn't get her name, but that doesn't mean they didn't ask her name."

Jadallah wrote that rescuers said the voice was that of a woman, not a child.

A rescuer thought he heard that the woman was in apartment No. 204, which housed a 14-year-old Colombian girl and her parents.

Two other rescuers thought they heard it was No. 304, where Velázquez was visiting and staying with his parents.

Rescuers told the deputy chief that the woman only spoke English to them, sounded like a native speaker and had no accent.

She told them that she was trapped between two mattresses or between a wall and a mattress.

She said that she had been visiting her parents and that she could not see them around her.

She remained calm as she communicated as rescuers changed shifts.

"It's very unfortunate for all of them not to have had that rescue," Benitez said of the first responders.

"They stayed until they didn't hear the voice anymore... I think that was one of the things that bothered them the most. They never gave up on this person even though conditions were so precarious."

Velasquez's family confirmed to authorities that she had been staying with her parents in apartment No. 304, according to the memo.

An uncle of the 14-year-old girl in the other apartment told Jadallah that her niece spoke English with an accent but that Spanish was her primary language.

The girl had a "very distinct high-pitched voice".

On July 8, two weeks after the condominium tower collapsed, Velasquez's remains were located in the rubble, Jadallah wrote.

That same day, search and rescue efforts transitioned to a recovery operation.

Velasquez was identified on July 17.

After the collapse, his brother, David Velásquez, had posted on Facebook that his parents, ages 66 and 60, respectively, lived in the building.

His sister was visiting them.

David Velasquez, through his wife, declined to comment to CNN.

“I trust what is in that report and the people who made that determination,” he told CBS Miami.

He added: "There's no way to know 100 percent, but it seems like the logical conclusion."

Jadallah wrote that he informed Velasquez's brother of his findings in late December.

Velázquez, senior vice president of Live Nation, was named to Billboard's 2020 list of LGBTQ music executives who "shaped the industry."

"Sending love to everyone in Surfside, we need miracles tonight," Rapino wrote on Twitter hours after the collapse.

More than nine months after her remains were found, Jadallah wrote in her memorandum: "This report documents the actions taken and the testimonial and physical evidence gathered that led to the identification of the female voice under the rubble as that of Theresa Velasquez."

The woman whose voice was heard in the rubble of the Surfside condominium collapse in Miami has been identified. It happened like that 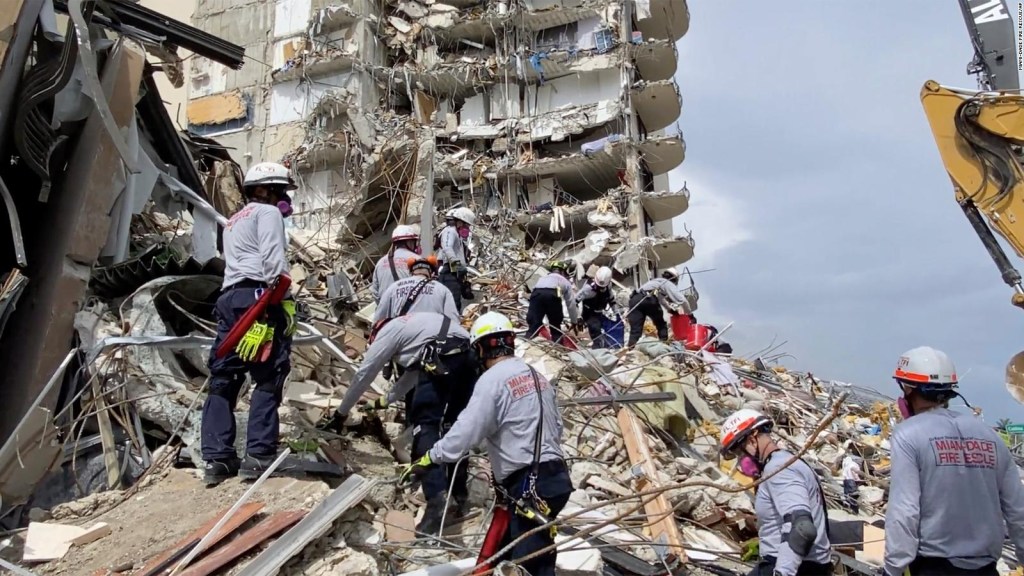 What happened in a building collapse in Surfside, Miami? How many people died? Timeline and research 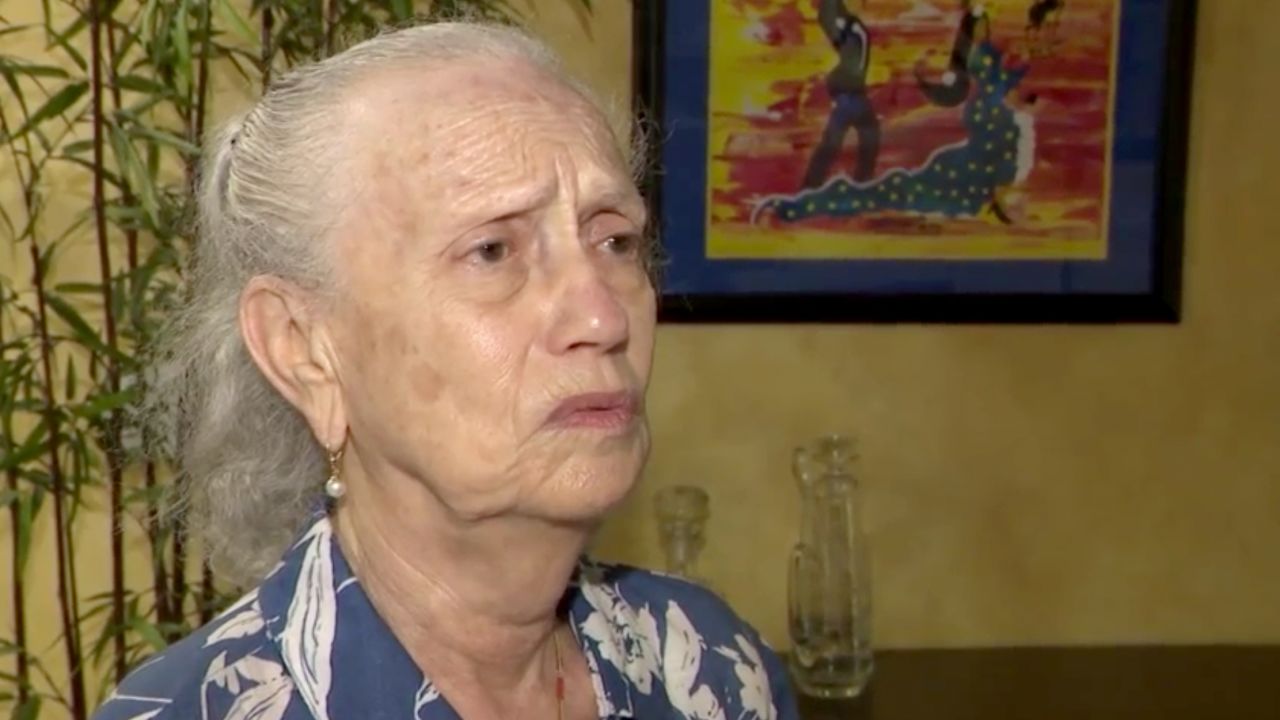 Surfside Survivor Stories: 5 Tales From Those Who Came Out Alive From The Building Collapse 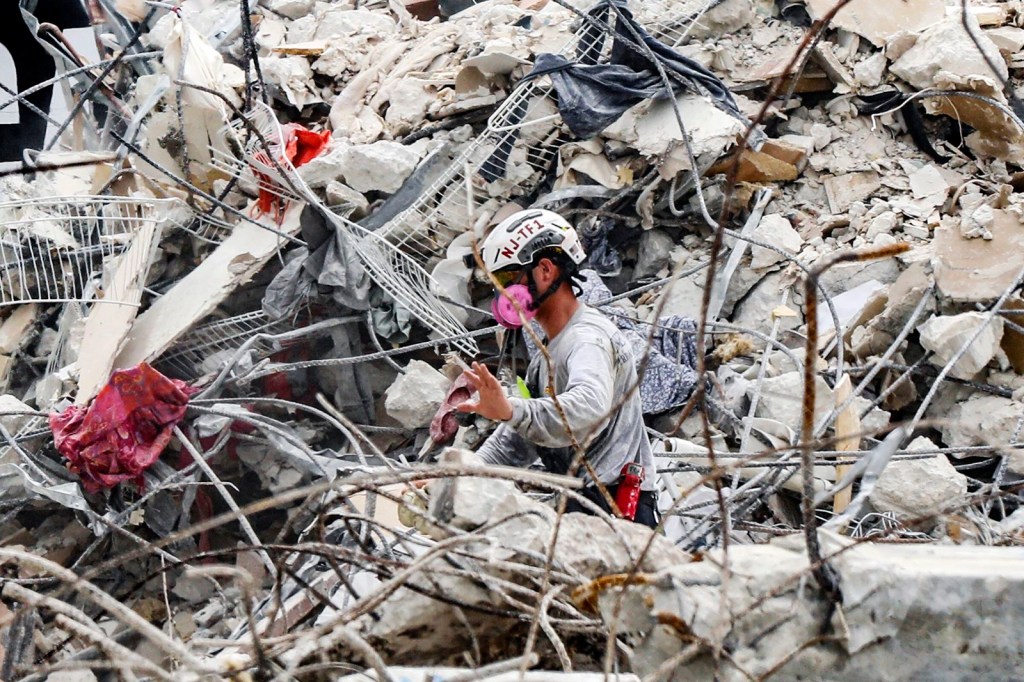 A year after the tragedy: the most shocking images of the building collapse in Surfside 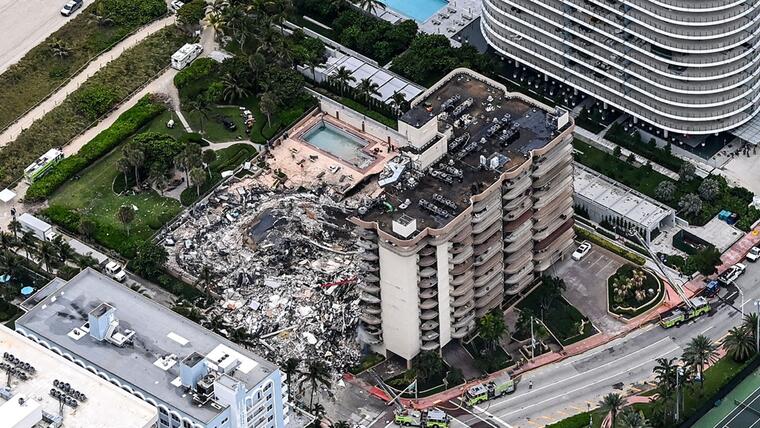 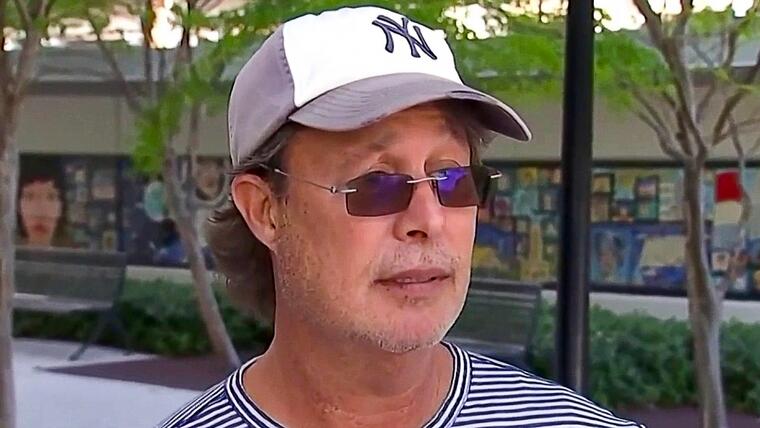 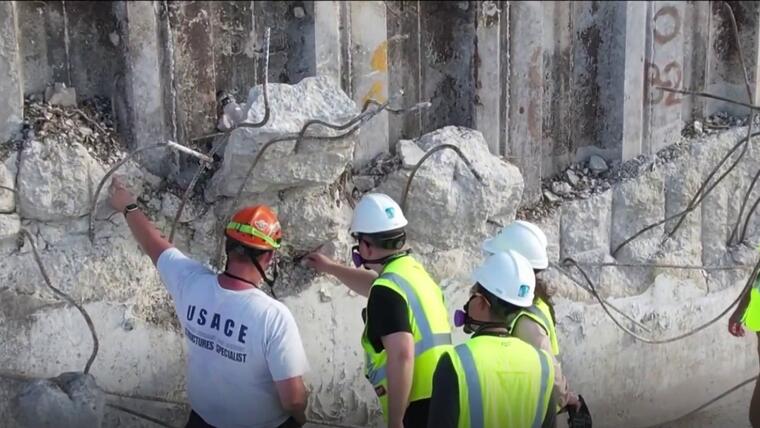