The 'president' clings to a variable arithmetic but excluding the socialists The Minister of Economy, Jaume Giró (l), the Vice President, Jordi Puigneró (c), and the President Pere Aragonès, at the Consell Executiu last Tuesday. Marta Pérez (EFE) The second year of the Aragonès era at the head of the Catalan Executive begins with a question mark. Will the internal change in Junts be noticeable in the configuration of the Consell Executiu Carles Puigdemont's party will cho 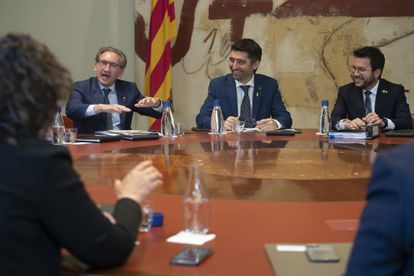 The second year of the Aragonès era at the head of the Catalan Executive begins with a question mark.

Will the internal change in Junts be noticeable in the configuration of the Consell Executiu Carles Puigdemont's party will choose a new direction in two weeks, in which the most groundbreaking wing headed by Laura Borràs gains weight.

Several voices from that formation deny that the new balance of forces is going to be transferred to the Government.

In the Republican leadership they rule out a government crisis as a shock, at least in the ministries that correspond to them, but they do not take their eyes off the internal life of their partner.

The great success of the first year of the legislature, they defend from the republican part of the Government, has been what they call "the defense of the institutionality".

After the end of Quim Torra's mandate, accelerated by his disqualification for disobedience and the interim parenthesis of Aragonès himself, in ERC they defend that his arrival brought the Catalan Administration out of lethargy.

That start-up, however, was not easy due to the lengthy negotiations with Junts, where possibleists and defenders of a repetition of 14-F clashed.

A central point of that pact was a long list of control bodies to ensure the fluidity of the relationship between partners and that, for example, now raises doubts in the face of the certain bicephaly that is glimpsed between the leader of the Parliament and Jordi Turull at the head of Together.

Both in ERC and in the representatives of Junts in the Executive they assure that despite continuing the partisan confrontation, the level of internal noise "has decreased" and the Government is focused on governing for "the complete Catalonia" that the president draws in his speeches .

The balance that Aragonès himself will give tomorrow at a press conference will focus on this, coinciding with the 365 days of his inauguration.

The focus will be on the advances in the four revolutions that he outlined in his mandate: for example, the push for renewable energies or the commitment to feminize the body of the Mossos.

The lack of noise, defend the Republicans, has helped that Patrícia Plaja assumed the spokesperson.

That, they believe, prevents the Catalan government from opening up on the channel (and live) at the weekly press conference every Tuesday.

But the fact that the journalist gains more and more experience in avoiding brinjals does not imply that they do not exist.

There are several examples: the confrontation over the dialogue table, the pact to respond to the sentence of 25% of Castilian or the reform of the El Prat Airport.

Until now, in Junts the commitment to socio-vergence in the Barcelona Provincial Council and other municipalities and county councils (at the expense of the Republicans on many occasions) could coexist in continuous contradiction, but the internal change, for the moment, suggests that the voices that they oppose will have more loudspeakers.

A week ago, the future organization secretary of the formation, David Torrents, accepted on the local Badalona radio station that the pact that had allowed Xavier García Albiol to be removed and replaced as mayor by the socialist Rubén Guijarro could be broken by the new address.

This type of political earthquake is very likely to have an effect on Catalan politics.

The legislature also looks at the time of the courts and of the Budgets.

The judicial situation of Borràs, for which ERC does not yet have a position in Parliament, is also worrying.

And a possible disqualification of Roger Torrent (whose trial and that of the rest of the pro-independence members of the Parliamentary Table in the last legislature will be in July) implies a change in the cabinet.

In ERC, he does not have a crisis in the Government in the plans.

They believe that it is time to start showing government work, despite the fact that “breaking inertia” —another of their contributions, they say— can generate wear and tear.

The figure of Josep Gonzàlez-Cambray, head of Education, is shielded.

“At school we are suffering because we are transforming”, these voices defend.

But the next flying goal is the 2023 Budgets, whose mechanism is activated in July with the requests of the departments.

In the ERC wing of the Government they believe that the extension will not be used.

They insist that the preferential partner, again, will be the CUP, with whom the relationship is cold and that continues to insist on the confidence motion that the Republicans no longer see after the

The PSC, who has been approached to renew the stalled charges, is not on the list of doors to knock on.

Variable geometry has few options: only the common ones remain. 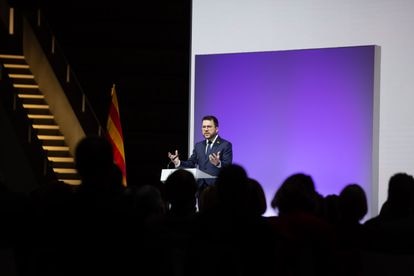 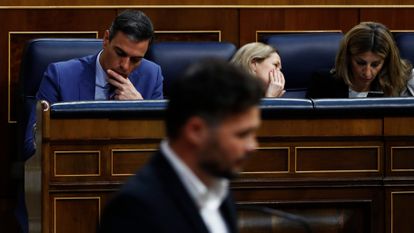 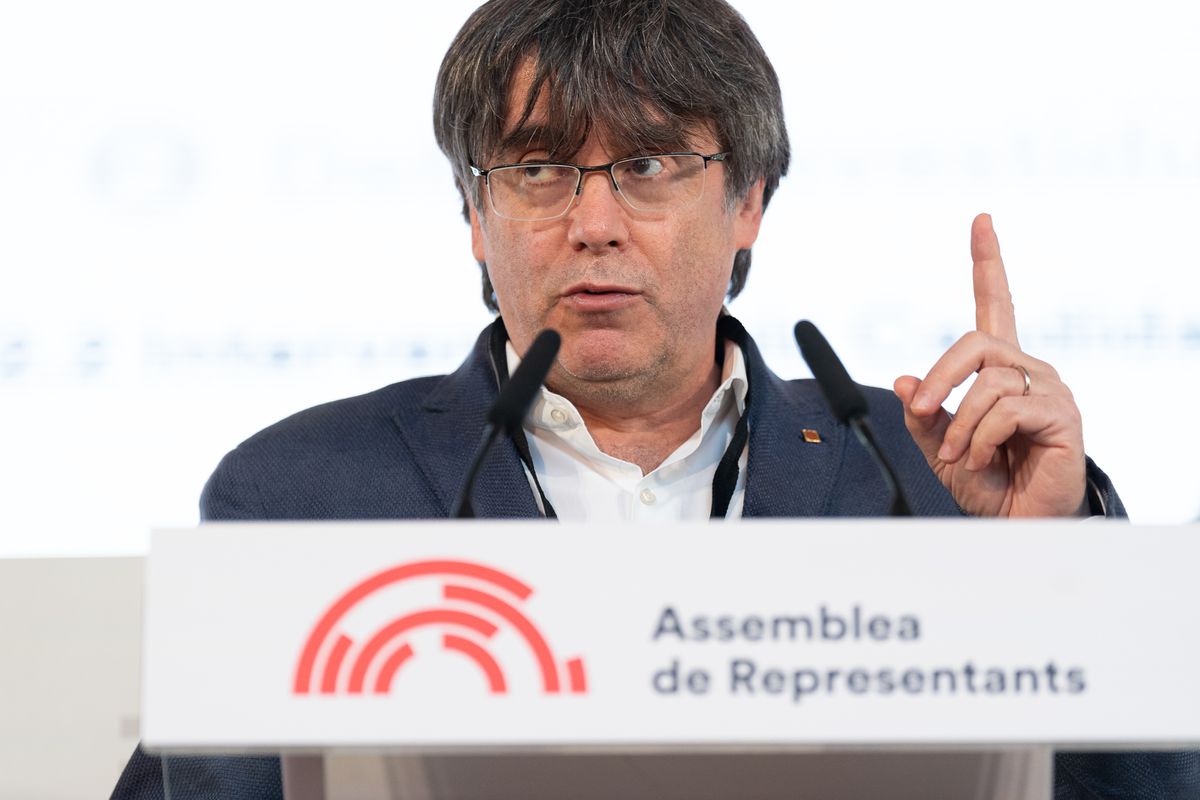 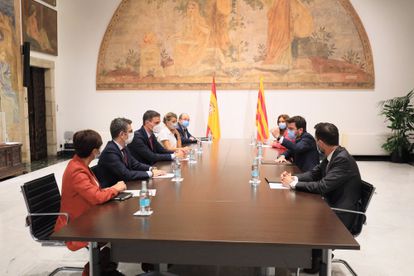 The dialogue table between the Government and the Generalitat, now postponed due to the war in Ukraine 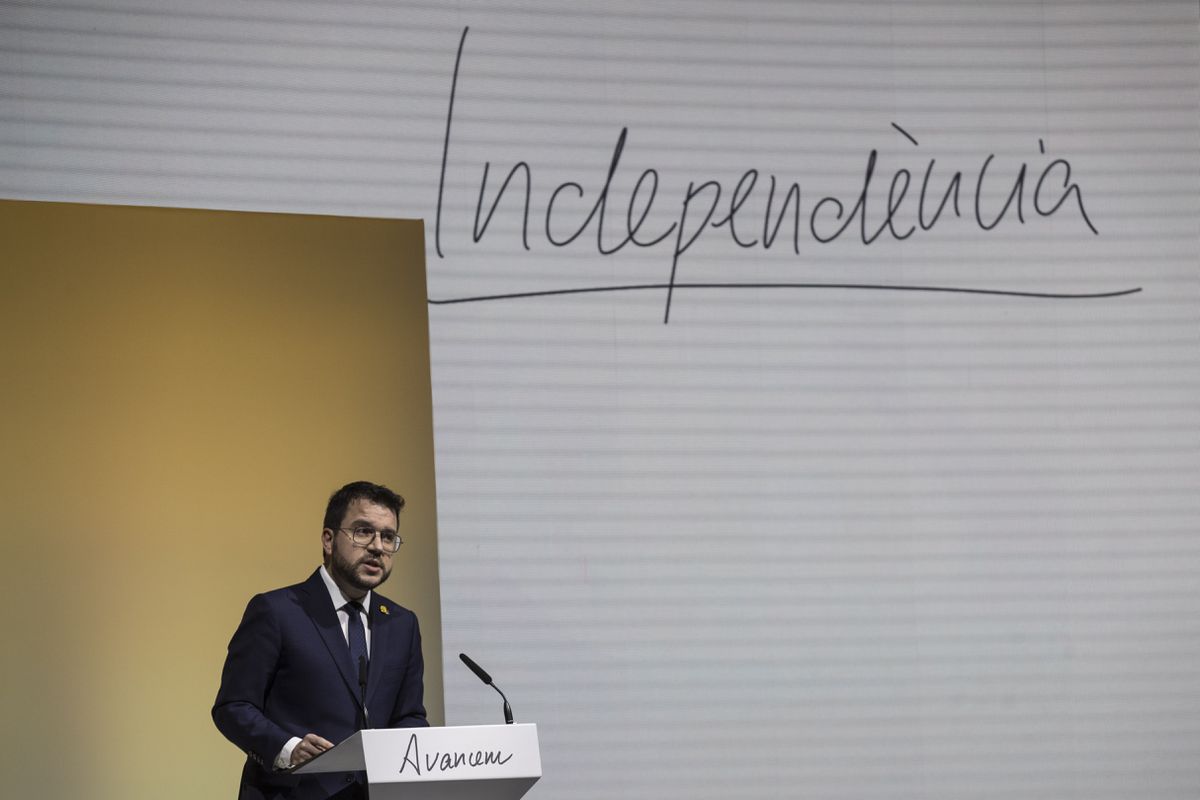 Aragonès: "If the PP and Vox govern it will not be the fault of the independence movement, it will be because of the lack of courage of the Government" 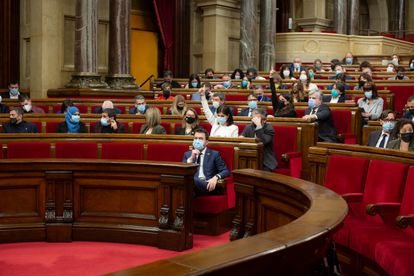 The PSC and Esquerra would dispute the electoral victory in Catalonia and Junts is sinking, according to the Catalan CIS 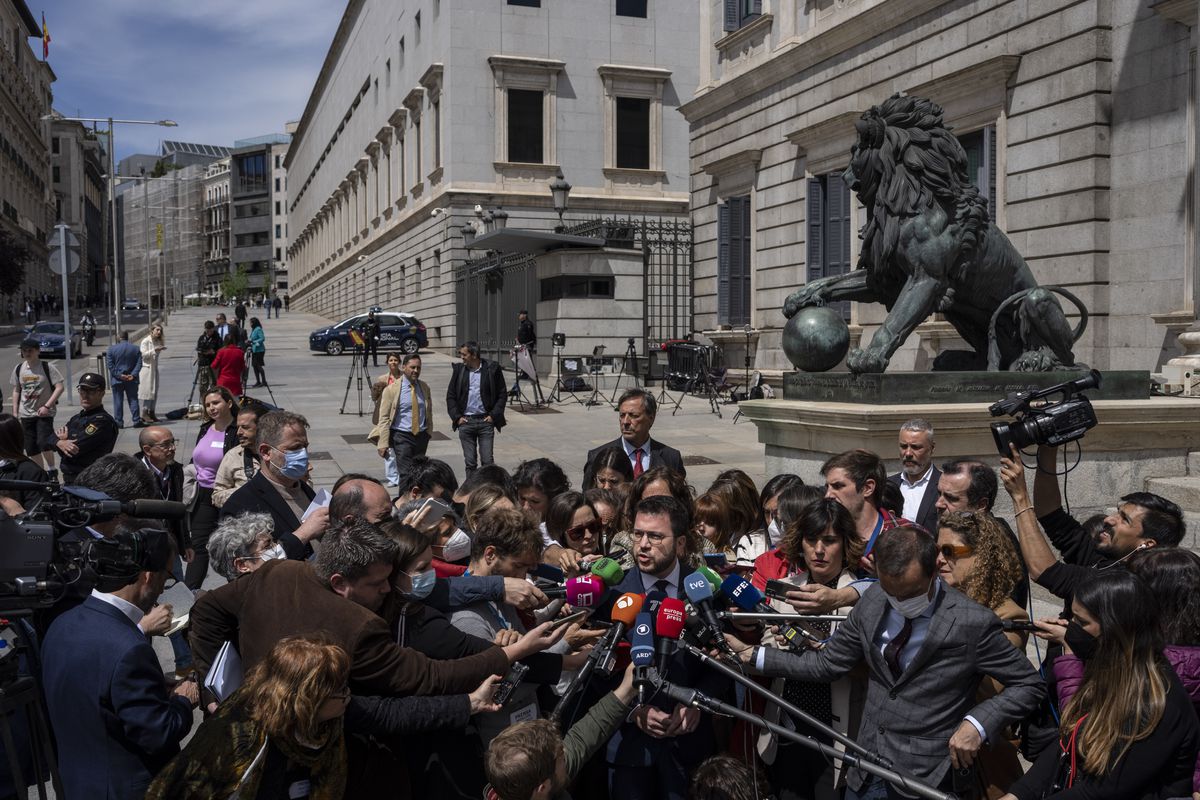