epidemic. Latest | He Bailiang expects another new virus mutation case expert points out that the fourth needle is not necessary

The epidemic situation in Hong Kong continued to slow down, but many infection clusters continued to expand. There were 237 new positive cases in Hong Kong yesterday (22nd), and another related case in the Lan Kwai Fong hotel cluster in Jiurufang was infected with Omicron mutated virus strain BA.2. 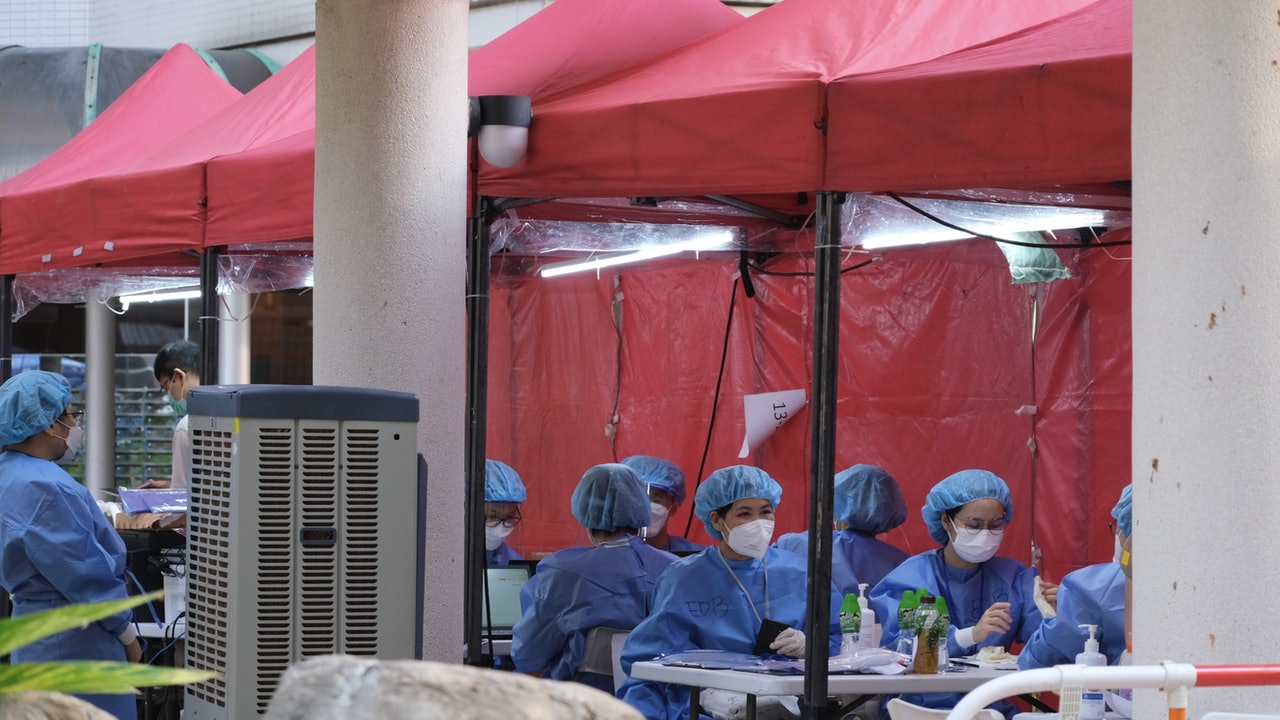 There were 237 new positive cases in Hong Kong yesterday (22nd), and there was another related case in the Lan Kwai Fong hotel cluster in Kowloon Square. When visiting McDonald's at Cityplaza, the center found that a family of three fell ill on the 18th and tested positive on the same day. McDonald's in Cityplaza will be closed until further notice.

The CHP also pointed out that a middle-aged man who returned to Hong Kong from Singapore and returned to his residence on the South Bank of Bel-Air after completing the hotel quarantine, developed mild symptoms on the 12th day of arrival in Hong Kong. After community testing, the result was positive and the virus load was high. It is not yet confirmed whether it is an imported case or a local case.

Au Ka-wing, chief physician of the Infectious Diseases Division of the Centre for Health Protection of the Department of Health, said that the sixth wave of the epidemic will definitely appear, but it is only a matter of time.

Last week, three students in the same class of Secondary One were diagnosed with the Alumni Association College of Nangang University in Wong Chuk Hang. The whole school has been thoroughly cleaned and disinfected a few days ago, and physical classes will be held as usual today (23rd).

In addition, Liu Yulong, chairman of the Scientific Committee on Vaccine Preventable Diseases, said on the radio program this morning (23rd) that from the perspective of severe disease prevention, except for the elderly and chronically ill patients, many people do not need the fourth injection, which is not a priority. There is only one to two months more protection after vaccination.

5.22｜McDonald's in Taikoo Shing is suspected of a new variant virus outbreak, three diners contracted the virus after visiting

[13:30] The Omicron mutated virus strain BA.2.12.1 sub-strain has entered the community for the first time recently. He Bailiang, director of the Center for Infection and Infectious Diseases of the University of Hong Kong, said on the radio program today (23rd) that it is difficult to completely eliminate the spread in quarantine hotels. Therefore, the public should be psychologically prepared that there will be sporadic cases flowing into the community.

However, he also pointed out that as long as most of the citizens have been vaccinated and have been naturally infected before, even if other Omicron variants enter the community, even if the number of cases increases, it is believed that there will not be a large number of deaths or severe illness, and there is still room to adjust the quarantine arrange.

Vaccine Pass｜From 6.13 to enter the hospital, you must have an injection approved by the Social Association to implement a follow-up consultation for the elderly who are in a hurry and inconvenience

[11:30] A few days ago, the government announced that from June 13, the designated medical premises under the Food and Health Bureau, the Department of Health and the Hospital Authority will implement the "vaccine passport" arrangement. Those who have not received injections must first obtain a negative nucleic acid test. result.

Lian Weiqiao, director of the Community Organization Association, criticized on the RTHK program today (23rd) that the government has implemented relevant measures too hastily, and some elderly people have to go to the hospital for follow-up visits and blood draws almost every week, which means they need to be treated every week in disguise. Additional nucleic acid testing; some of them have limited mobility, and they themselves need escort services for follow-up consultations, that is, they will need to spend extra money in the future to hire escorts to wait for testing, which constitutes additional expenses.

The Hong Kong University Alumni Association College is as usual in class, and he has been in contact with patients in his life: the classmates are shocked

The school said that no other teachers, students and employees have been diagnosed with the disease so far. The whole school has been thoroughly cleaned and disinfected a few days ago, and physical classes will be held as usual today (23rd).

Some students revealed that the school had asked students to submit a quick test certificate last weekend, and set up an online form for students to fill out before going to school.

A student from Secondary One expressed that he was worried that he had come into contact with confirmed students, and said, "The students in the special class are shocked."

18 to 59 years old can get the fourth injection Liu Yulong: The protection is only 1 to 2 months and it is not necessary

[09:45] The government announced a few days ago that uninfected people aged 18 to 59 who have a higher risk of exposure or personal needs can receive a fourth dose of the new crown vaccine.

Liu Yulong, chairman of the Scientific Committee on Vaccine Preventable Diseases, said on the radio program this morning (23rd) that there have been many misunderstandings about the fourth injection in the past two days. There is no need to be vaccinated, which means "it really shouldn't be vaccinated", which is not a priority. Even after vaccination, there is only one to two months of protection.

Liu Yulong even more frankly said: "You have reviewed the book for the fourth time, you have thought about it, and your score has reached 70 points... There is no need to improve it." The proportion of three injections is only about 20%, emphasizing that the highest priority is to push up the vaccination rate of the third injection.

▼On May 22, McDonald's at Cityplaza was closed for disinfection▼

▼On May 22, the Jockey Club will reopen the racecourse for horse fans to enter▼

[00:00] The fifth wave of the epidemic was forced to explode in public hospitals. The first community isolation and temporary care center was established in Cairong Road Gymnasium to take care of patients diagnosed with mild illness.

Year 5 students of the Bachelor of Nursing from the Faculty of Medicine of the University of Hong Kong, Chen Yunya and Ho Aiqi, once went to the respite center to help take care of the elderly. During the fifth wave, they saw that both the elderly and the medical care were very hard. As nursing students, they thought of doing their bit.

They have also brought new elements to the respite center, such as the introduction of a rinse-free wipe, so that the elderly who cannot take a bath can easily clean their bodies.

McDonald's in Taikoo Shing, a family of three who had been in the same room with patients from the Lan Kwai Fong hotel group. McDonald's in Cityplaza was closed for disinfection until further notice. Last Friday, I went to the American Clubhouse to drink and travel with peace of mind | A new telephone hotline is set up for citizens to inquire about the epidemic situation of the vaccine pass, which operates from 7 to 9

Chen Shizhao attended the World Health Organization Video Conference and emphasized "three reductions, three priorities, and one priority" to achieve dynamic clearing of the fourth injection | The elderly who have received three injections who have recovered want to be refused injections: old people have many diseases to clear customs | General Chamber of Commerce Chairman Ruan Su Shaomei The unemployment rate rose to 5.4%, and the unemployment rate rose to 5.4%. Chen Maobo pointed out that the data lag did not reflect the improvement of market conditions, so there is no need to be too pessimistic

Compulsory testing｜Involving 48 locations including Jiazhao Terrace in the mid-levels, Xue Jiayan’s residence, Yinhua Garden Phase 2, was listed on the list of 6 housing estates including Tseung Kwan O’s Blue Bay and Xinbaocheng. 170,000 people tested positive for sewage. New month low Pokfulam mansion Baguio Bay and LOHAS Park Linkai are on the list of closed areas for testing serial "Ginkgo". The Department of Health points out that patients may be positive for sewage due to home isolation and detoxification 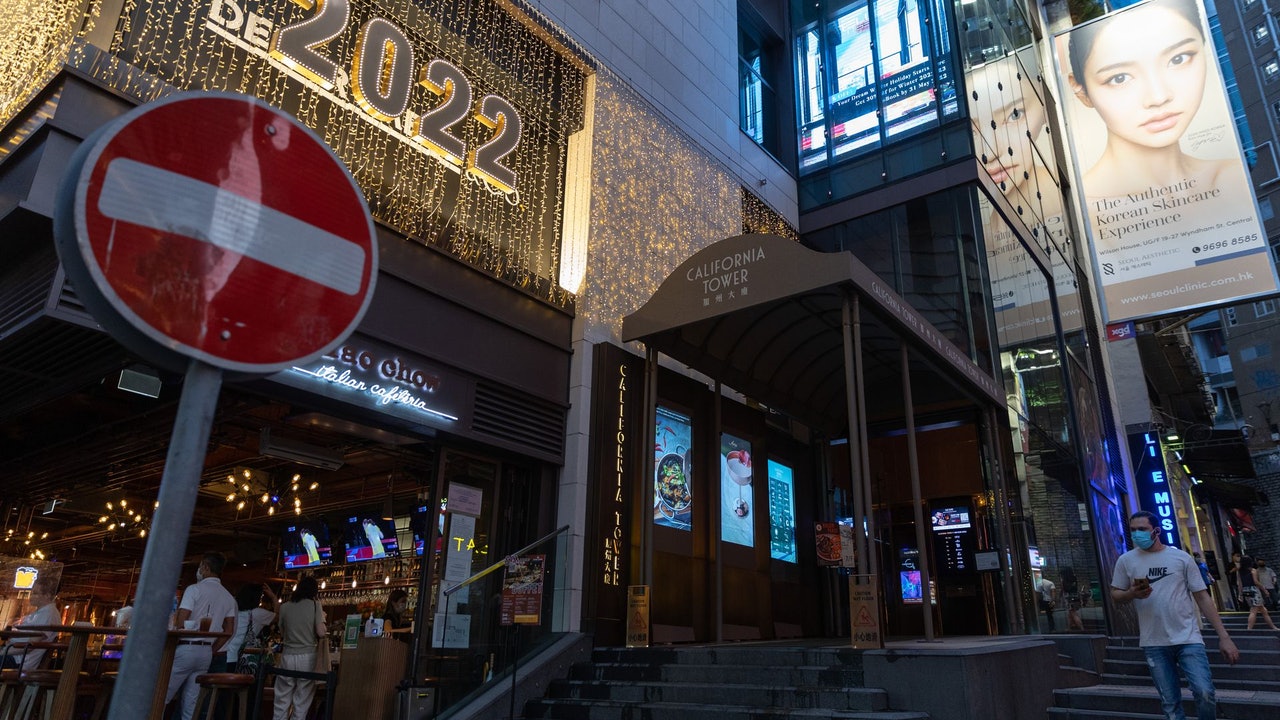 He Bailiang, the bar's series of outbreaks or related to overcharging customers: no need to tighten the rules, it's too outrageous to enforce the law

epidemic. Live | He Bailiang expects there will be another case of new virus mutation, the existing vaccine protection is sufficient

epidemic. Latest | He Bailiang expects another new virus mutation case expert points out that the fourth needle is not necessary 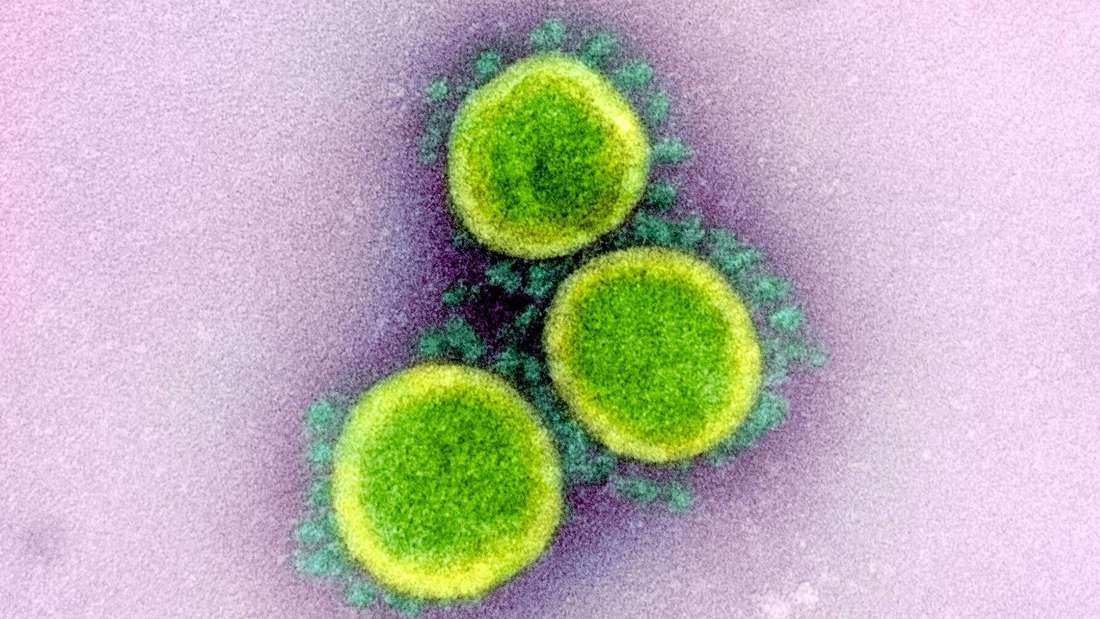 Epidemic｜Zhang Zhujun: The overall epidemic situation is stable and more worried about the mutant virus strain 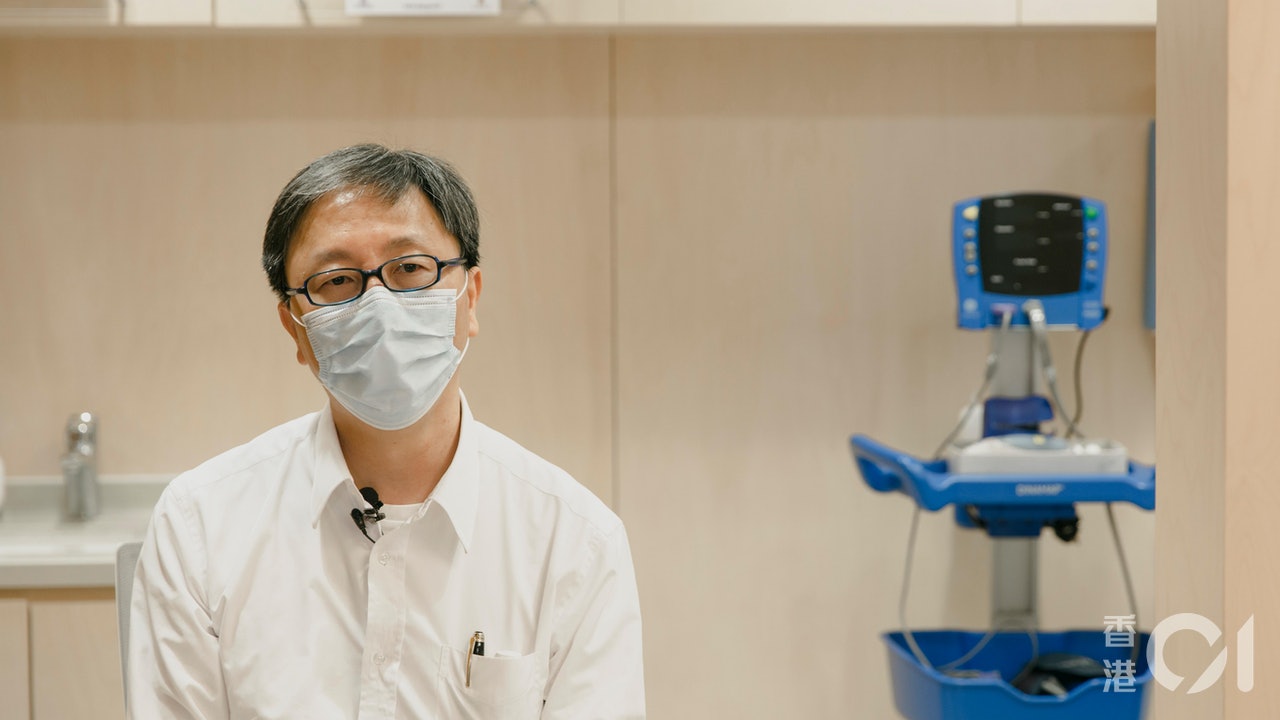 Heavy losses in the Ukraine war: "They die like flies" 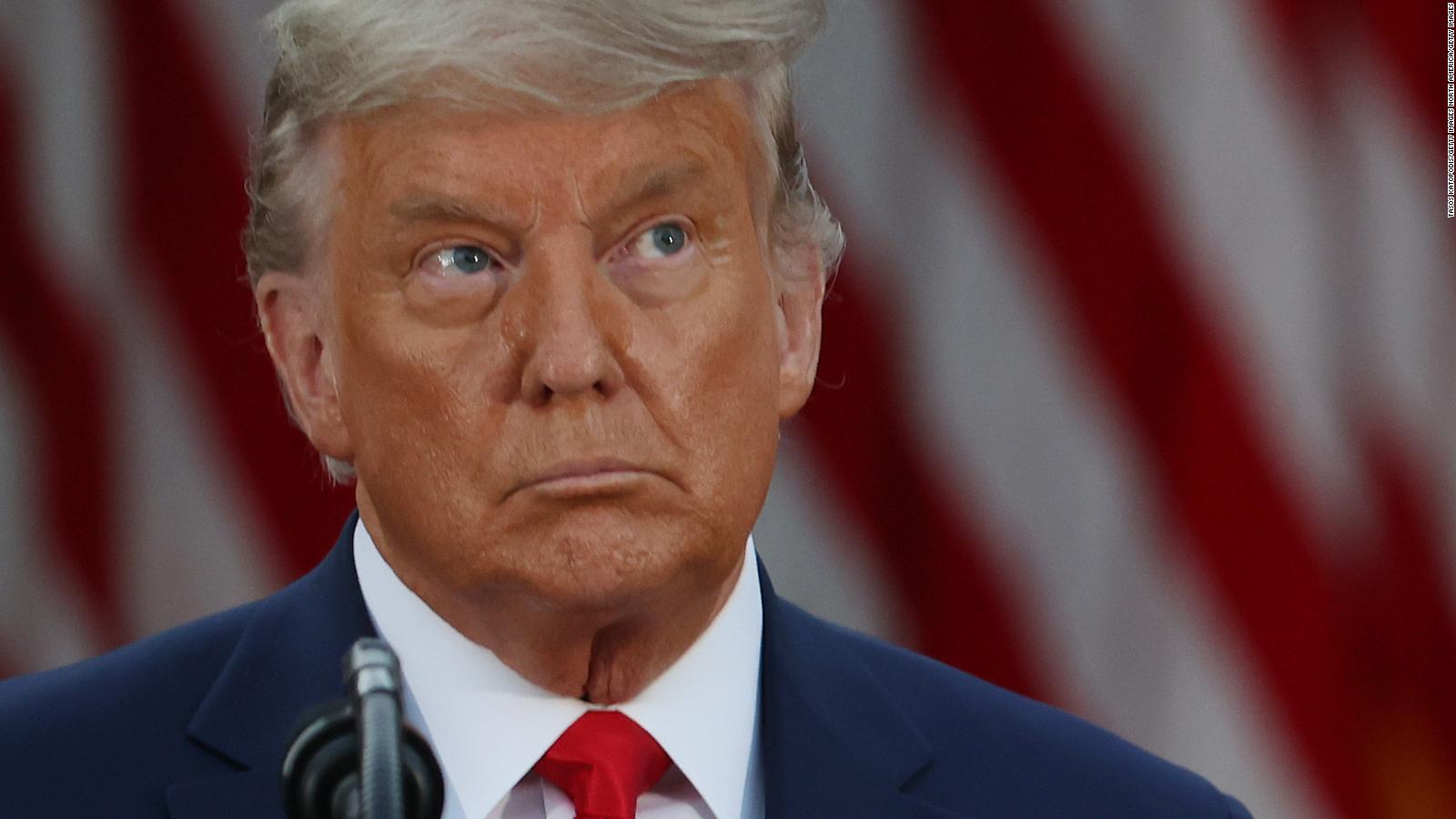 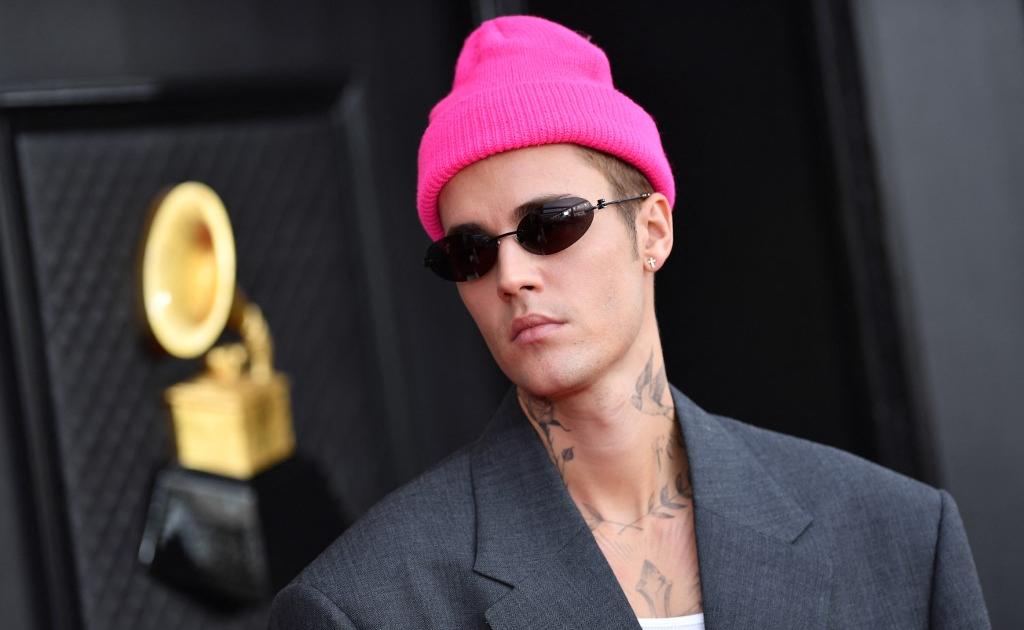 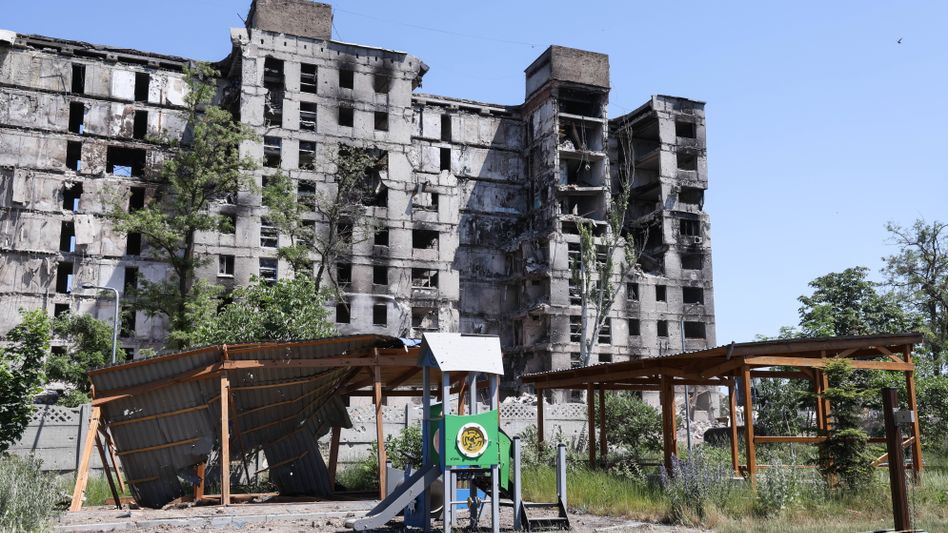 The Federation of Trade Unions urges the government to improve the outsourcing system and explain its rights to workers
2022-06-11T11:13:59.962Z

Why you have to live singing: improves brain function and prevents cognitive disorders associated with age
2022-06-11T10:56:11.532Z

A capricious prince or a normal boy? Experts analyze the conduct of Prince Louis of Cambridge during Elizabeth II's Jubilee
2022-06-11T10:52:35.790Z