Against the background of the criticism of the limited assistance, the mayor of Kharkiv wrote to the Israeli ambassador to Ukraine: "We will establish cooperation in the rehabilitation of Kharkiv even after our victory" • Ukrainian residents also expressed appreciation for Israel on social media

In response to senior Ukrainian officials' criticism of Israel's limited assistance to their country, Mayor Kharkiv, which suffered heavy shelling from the Russians, recently sent an excited letter of thanks to Israel Foreign Ministry, detailing the vital humanitarian aid received by its residents. Israel.

This is part of a change in the trend in Ukraine towards Israel, which stems from the humanitarian effort led by the Foreign Ministry, which managed to soften the criticism against Jerusalem's position in the conflict.

As part of this change, in recent weeks the flow of statements by senior Ukrainian officials against Israel has greatly diminished.

"On behalf of all the residents of Kharkiv and on my own behalf, I would like to express our sincere gratitude to the Israeli Embassy in Ukraine and to you personally for the humanitarian assistance you provided to Kharkiv," Mayor Igor Tarkov wrote to Israel's Ambassador to Ukraine Michael Brodsky.

Among other things, the State of Israel provided the residents of Kharkiv, through the International Cooperation Division of the Ministry of Foreign Affairs (MASHAV), with thousands of food rations delivered to the city's residents under fire. Tarkov added that Even after our victory! "

As mentioned, the State of Israel has come under sharp criticism from senior Ukrainian officials, including President Zlansky and Defense Minister Reznikov, for refusing to provide the state with military assistance.

Special criticism was voiced about Israel's refusal to provide Iron Dome-type defensive systems, for fear of the Russian response.

In Jerusalem, they tried to "walk between the drops" following the assumption that the transfer of military aid to the Ukrainians could cause the Russians to restrict the IDF's freedom of action in Syria, and recently Defense Minister Gantz approved the transfer of helmets and vests to civilian organizations in Ukraine.

At the same time, to "compensate" for the lack of military aid, the state initiated an extensive humanitarian aid operation, in which a field hospital was established near the border between Poland and Ukraine and planes loaded with dozens of tons of essential equipment were sent.

The head of the International Cooperation Division at the Ministry of Foreign Affairs (MASHAV), Einat Shlain, told Israel Today: "Medicines, generators and water purification systems, including the establishment of a field hospital in partnership with the Ministry of Health, food deliveries to citizens in besieged cities and the delivery of workshops to deal with trauma and sexual violence to thousands of Ukrainians."

Israeli aid has aroused sympathy in large parts of Ukraine, and positive messages about Israel have also recently begun to appear on social media.

For example, the person in charge of supplying water to the city of Levib recently posted a video thanking the State of Israel on his Twitter account, which shows huge generators transferred by Israel and allows the regular operation of water pumps in the city: "Our dear Israeli friends, I want to express my gratitude for your help." , Said the senior.

"This equipment you have provided us will help us fight and survive the war with the cruel enemy. I am sure that together we will win. Thank you very much and long live Ukraine!" 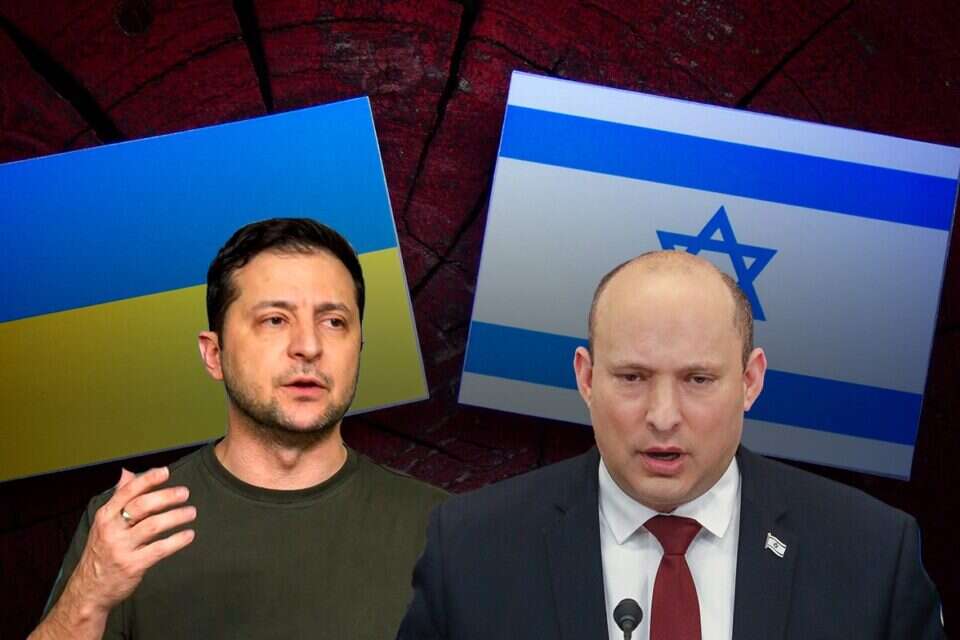 Gantz spoke with Ukrainian Defense Minister: Approved for the first time the purchase of protective equipment for helmets and vests - Walla! news

Ukraine has requested helmets and life jackets from Israel for medical teams that treat the wounded on the ground - Walla! news

Ambassador of Ukraine: President Zelsky is very pleased that Bennett has offered Putin to mediate between us and Russia - Walla! news