The battle in the Knesset: Will the coalition succeed in passing the "Dimensions for Studies" law? - Walla! news

The Knesset plenum will vote today on a bill designed to provide scholarships amounting to 66% of the tuition fee for IDF veterans - even though the coalition does not have a guaranteed majority. Ganz: "Putting politics aside"

The battle in the Knesset: Will the coalition succeed in passing the "Dimensions for Studies" law?

The Knesset plenum will vote today on a bill designed to provide scholarships amounting to 66% of the tuition fee for IDF veterans - even though the coalition does not have a guaranteed majority.

In the video: Bennett calls on Likud MKs not to oppose the "Dimensions for Studies" law (Photo: Roni Kanfo)

After a week of debates, accusations and attempts at compromise, the Knesset plenum will vote today (Monday) on the "Dimensions for Studies" bill, which is intended to provide tuition scholarships for IDF veterans. This is despite the coalition not having a guaranteed majority. They will support the law, and the Likud announced that the opposition will oppose the law in its current wording, which stipulates funding of 66% of tuition until the funding rises to 100%.

If the law falls, 16,500 fighters waiting for a scholarship will be harmed.

The vote around the bill on second and third reading has become a heated battle between the coalition and the opposition, as well as within the opposition.

They claimed that non-support for the proposal was a step that would damage the Likud, but despite pressure, the party announced that it had unanimously voted against the wording of the current proposal, demanding that funding be increased to 100% of tuition.

I was called a sucker when I enlisted in the army instead of the reserve.

I made a big mistake when I relied on the state

Was under pressure to support the law.

The Likud's decision was preceded by Netanyahu's conversation with the leaders of the opposition, which was conducted in high tones.

. He read the legislation in the current Knesset yesterday on Twitter to Likud members "vote for and put politics aside" and clarified that the coalition will use "all the levers and parliamentary tools at our disposal for the IDF fighters."

Prime Minister Naftali Bennett called on them to abstain from voting and not to oppose so as not to harm the soldiers.

"Vote for and put politics aside."

The bill stipulates that combatants, lone soldiers, and soldiers of special socio-status will be entitled to a scholarship for academic studies after discharge in the amount of 66% of the tuition fee.

The plan was launched by Finance Minister Avigdor Lieberman, who was then Defense Minister, in 2016. Two years ago, the Netanyahu government decided to condition the scholarship on volunteer hours - which contradicts the main points of the law.

In the coalition agreements, Yisrael Beiteinu demanded that the original law be included in the budget base, so that the plan would return to its former state, and now it is ready to vote.

However, after the retirement of MK Idit Silman, and in light of RAAM's lack of clear support for the proposal, the coalition has no majority to approve it.

In recent days, calls have been made for the opposition to support the law, which is intended to benefit the soldiers.

On the other hand, the Likud also announced that the opposition opposes any government legislation, and if the party's support is required, the funding of wages should be increased to 100%.

Miri Regev: "We have decided that we want to overthrow the government, so there is no stomach ache even when it's on the soldiers" - Walla! news

The battle in the Knesset: Will the coalition succeed in passing the "Dimensions for Studies" law? - Walla! news

Will the coalition succeed in recruiting a majority? The "Dimensions for Studies" law goes to the polls - Walla! news

"It will have consequences": The leaders of the opposition parties demanded that Netanyahu oppose the "Dimensions for Education" law - Walla! news

Bennett announced that he would vote against the defendant's law: "Do not change the rules before the election" - Walla! news 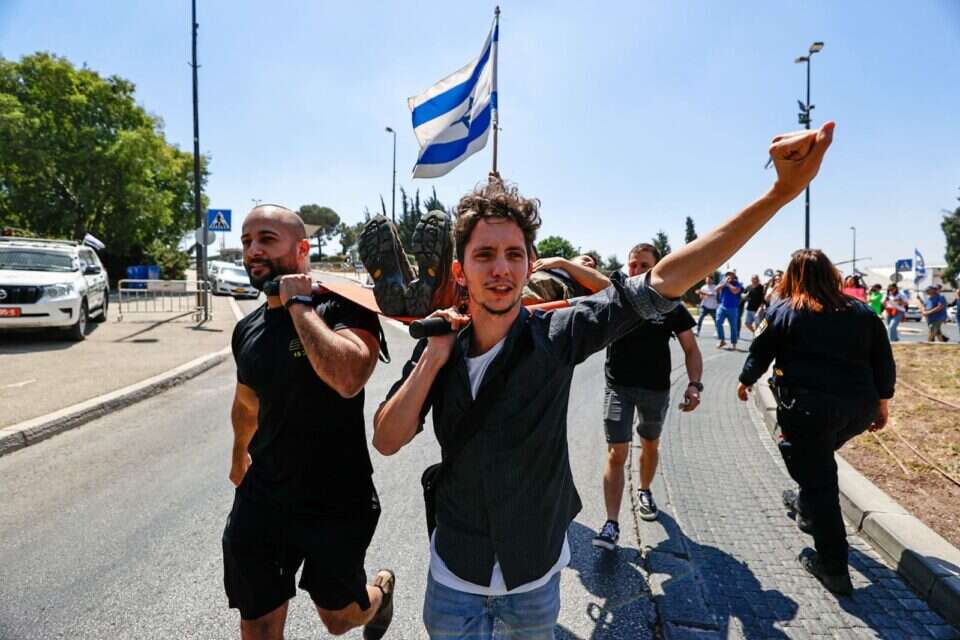 "Do not go to school without dimensions": Dozens of students demonstrate in front of the Knesset | Israel today

The dilemma of the dates and the false presentation of Netanyahu: The race for legislation to dissolve the Knesset is taking a step - Walla! news