Outside the Medical Enquiry Support Hotline Centre in Block M of Kowloon Hospital, there is a Poinciana tree in full bloom. Colleagues answering the hotline sent photos in the WhatsApp group of bright red flowers blooming on the lush foliage, dazzling 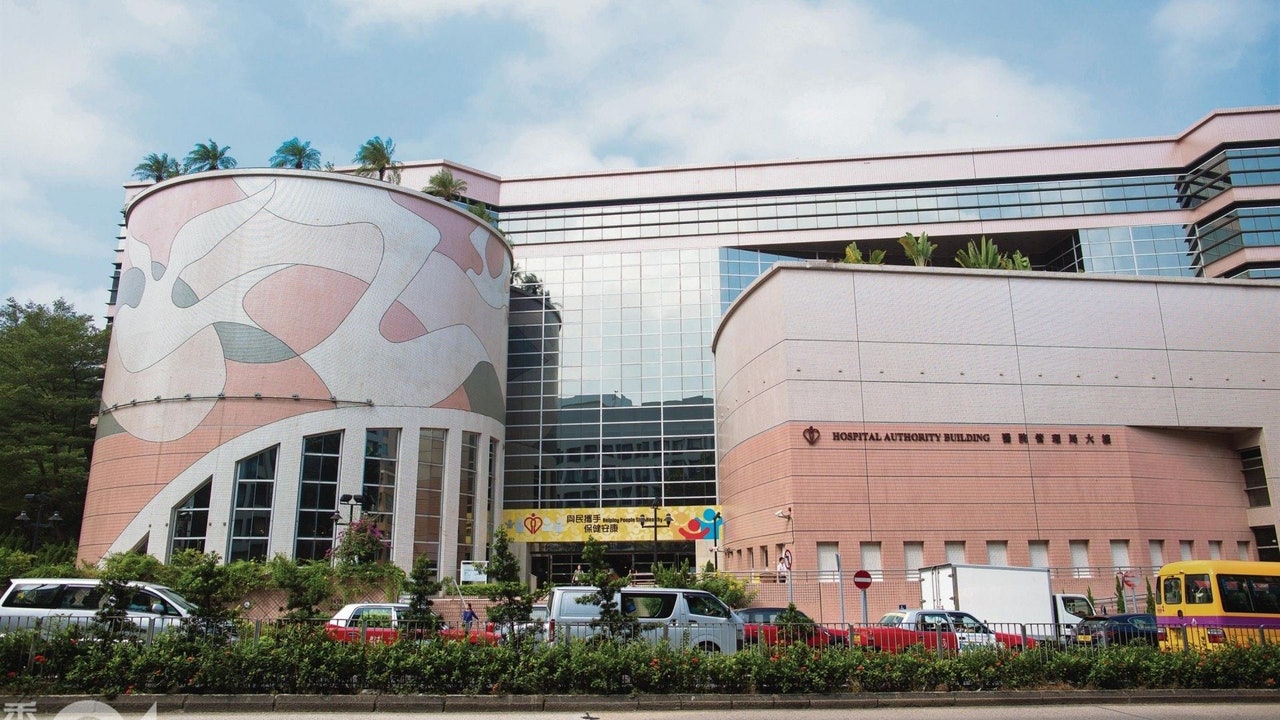 Outside the Medical Enquiry Support Hotline Centre in Block M of Kowloon Hospital, there is a Poinciana tree in full bloom.

Colleagues who answered the hotline sent photos in the WhatsApp group, and the bright red flowers were blooming on the lush foliage, which was dazzling and could not help but sigh.

The reason why colleagues sighed is that they are glad that the fifth wave of the epidemic has slowed down.

While answering the hotline, I unknowingly witnessed the change of seasons, and the epidemic has also dropped from the peak.

The HA has set up a medical enquiry support hotline 1836115 since February 15 this year to answer medical and infection control questions for confirmed COVID-19 patients waiting to be admitted to isolation facilities. So far, about 70,000 enquiries have been handled.

As the fifth wave of the epidemic has gradually eased, we have also adjusted our hotline services earlier.

Looking back on this battle, I hope to use "Phoenix wood" to express my thoughts on the support hotline service and summarize my experience.

Looking back at the peak of the epidemic, the HA once set up nearly 200 hotlines, handling more than 3,500 enquiries every day.

In response to the stabilization of the epidemic, the support hotline has gradually adjusted its services. Only a few colleagues stayed behind until the end, and most of the seconded colleagues have returned to the hospital.

I would like to express my heartfelt thanks to every friend who has participated in the hotline support, including colleagues from the Hospital Authority, nearly a thousand volunteer students, and every mentor who guides students to provide services behind the scenes.

They come from different hospitals, different colleges and universities, and different majors.

By chance, they went from not knowing each other to coming together.

They "started from nothing", working together to get through tough times, unafraid of challenges to accomplish arduous tasks.

Everyone said in unison that a thank you from the public is their greatest motivation.

A phoenix tree outside the support call center.

This time, a team composed of different professions works together, which can be said to be a breakthrough new attempt.

A group of doctors, nurses, allied health colleagues, nurses and medical students, colleagues from district health centers, etc., in an emergency, gathered their professional knowledge, coordinated with each other in a short period of time, and handled a large number of public inquiries.

I think that the "Integrated model", which is often mentioned by the HA in recent years, has been pushed to a higher level and presented on an alternative platform.

In particular, a large group of enthusiastic nursing students took the initiative to help answer the hotline as volunteers. They told me that the things they learned from the hotline service process were not learned in normal clinical practice, such as helping patients through remote support, etc. The experience reminds them not to Don't forget their original aspirations and the core values ​​of the profession of guardianship.

I am really encouraged by the "hot blood" of a group of young people. We are full of hope and confidence in the new generation of nurses in the future.

The experience of this support hotline is of great reference value.

In the early days of the peak of the epidemic, some patients reported that the hotline had a long waiting time or that there were not enough manpower to answer the phone, which shows that we had shortcomings.

We have conducted a serious review, summed up our experience, and made more comprehensive preparations for software and hardware. In the future, should different situations arise, we will be able to respond more quickly to the needs of the public.

Looking at the phoenix phoenix tree outside the support hotline center, after a rain, the flowers fall, and the grass is like a "red carpet", which is unique.

"Luohong is not a ruthless thing, it turns into spring mud and protects flowers." I hope that the medical inquiry support hotline will never be used again, and everyone will continue to fight the epidemic together and return to normal!

"Hong Kong 01" "01 Clinic", in cooperation with the Hospital Authority, publishes a column "Garden Tour" written by medical staff every Wednesday.

"Xinglin" comes from the story of Dong Feng, a famous doctor in the Three Kingdoms era. Later generations praised medical care as "Xinglin". Four people from Xinglin from the Hospital Authority led the garden to visit Xinglin Grand View Garden. A little bit of reason.

When there is danger, organic Chinese and Western medicine cooperate to fight the epidemic and pay tribute to nurses. Where does the money come from? 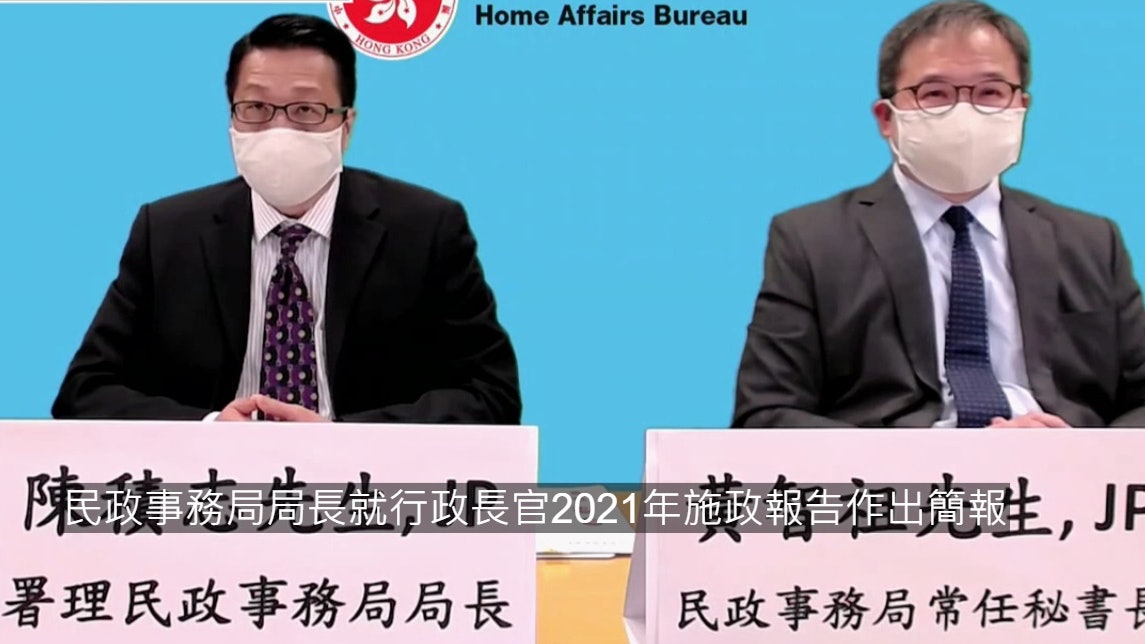 Fake News Law︱Chen Jizhi: The goal is to complete the research in the first half of the year and deny the "flat" treatment 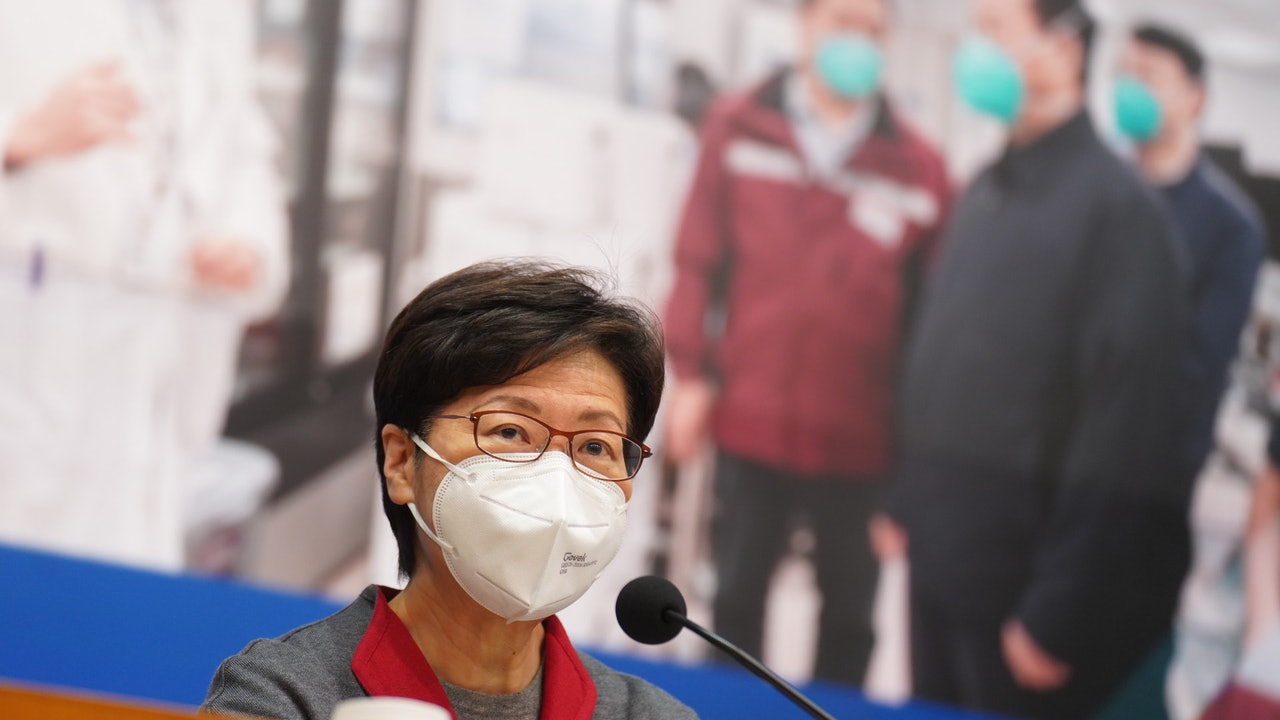 Live | Carrie Lam announces that she will not run for the next chief executive, thanking the central government for trust and there are still 4 aspects of work 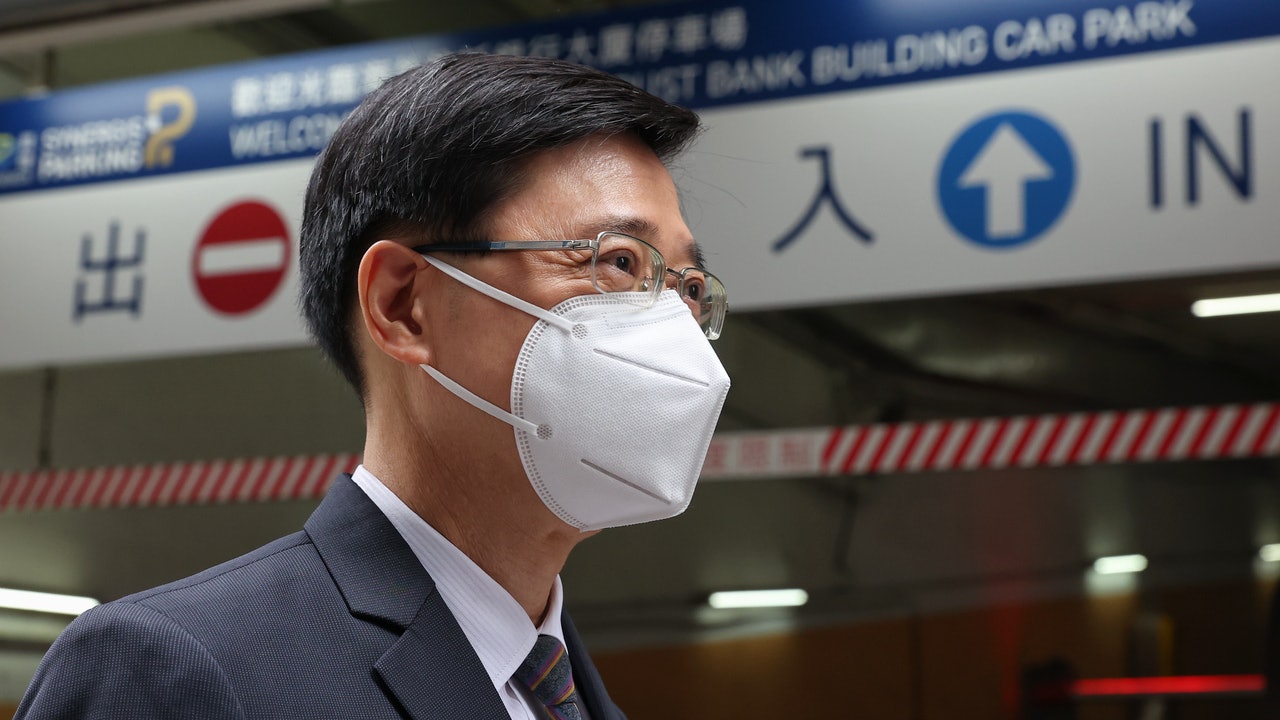 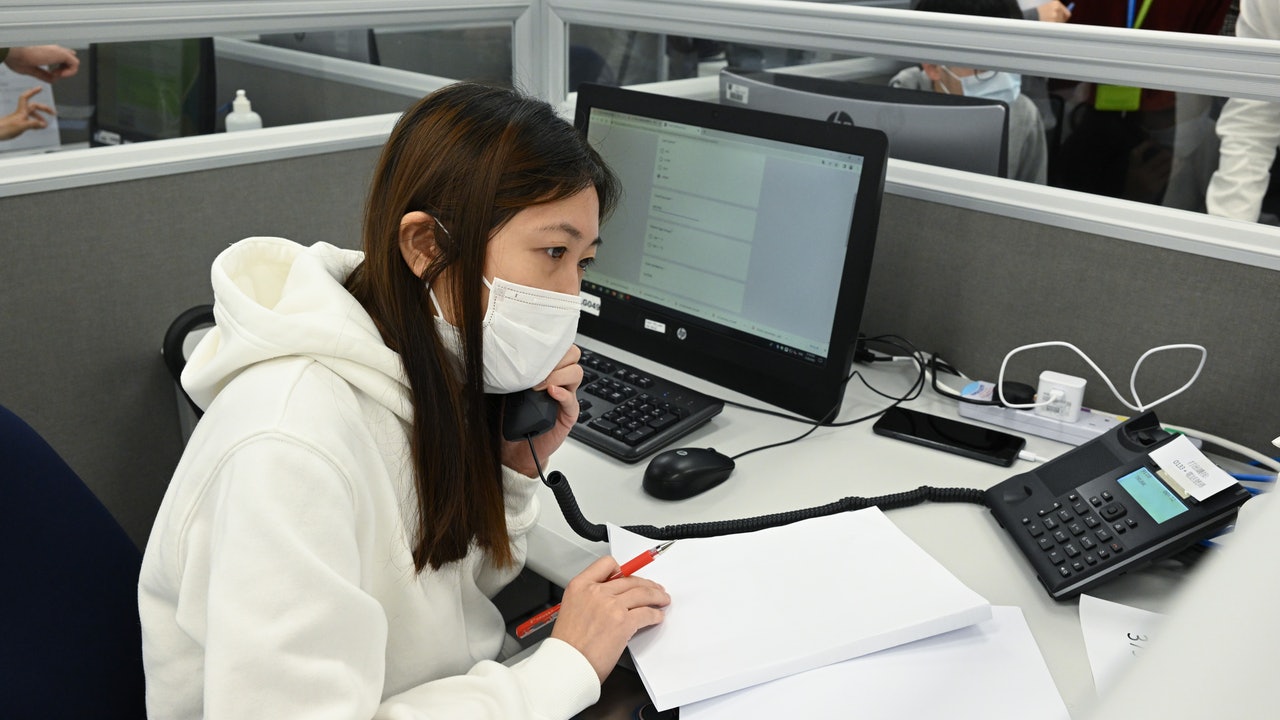 Epidemic | Metropolitan University set up a hotline center to follow up with patients, nurses, students, help elderly couples infected with the epidemic to seek medical treatment 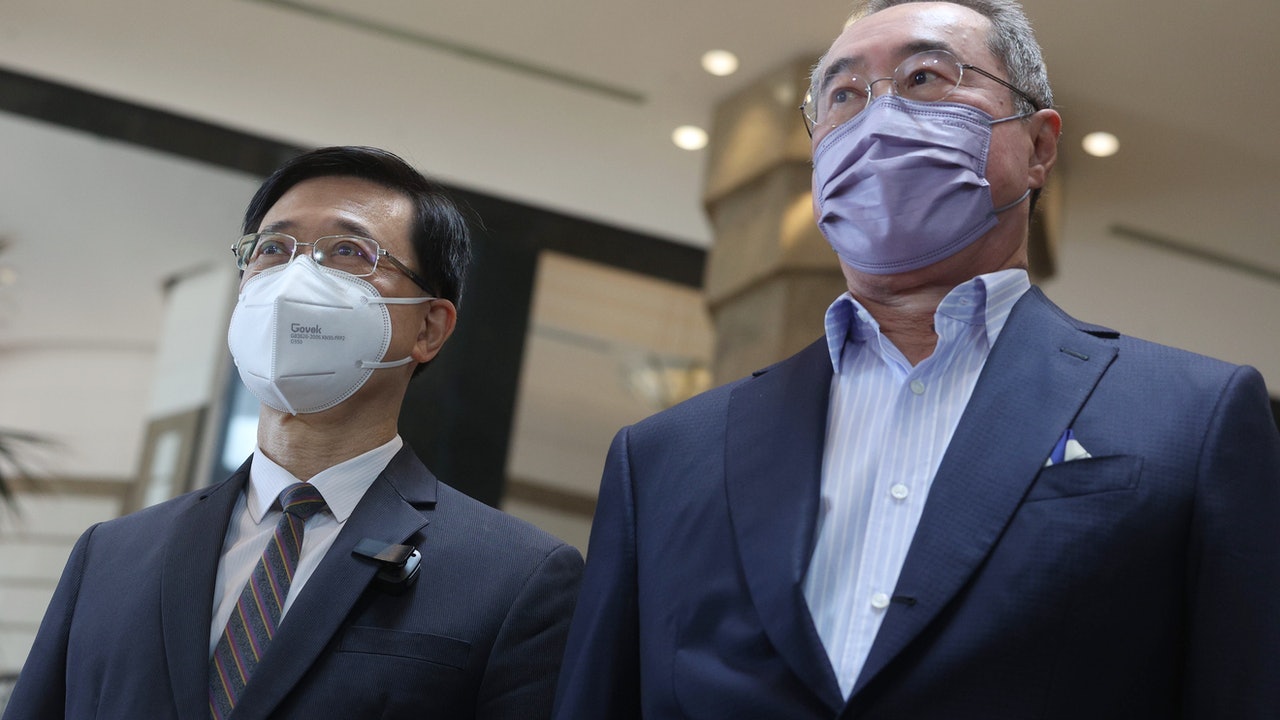 Chief Executive Election︱Li Jiachao went to 10 meetings with Tang Yingnian: All the 388 election committees of the Friendship Association supported