Mong Kok Murder Case | Couple was ambushed by gangsters to collect debts, one killed and one injured, police detained 6 murderers including the main brain knife

The murder occurred in Mong Kok in the early hours of Friday (27th). A middle-aged couple came to the fishing machine gambling stall on Portland Street and was ambushed by gangsters while recovering more than 100,000 yuan of loans. 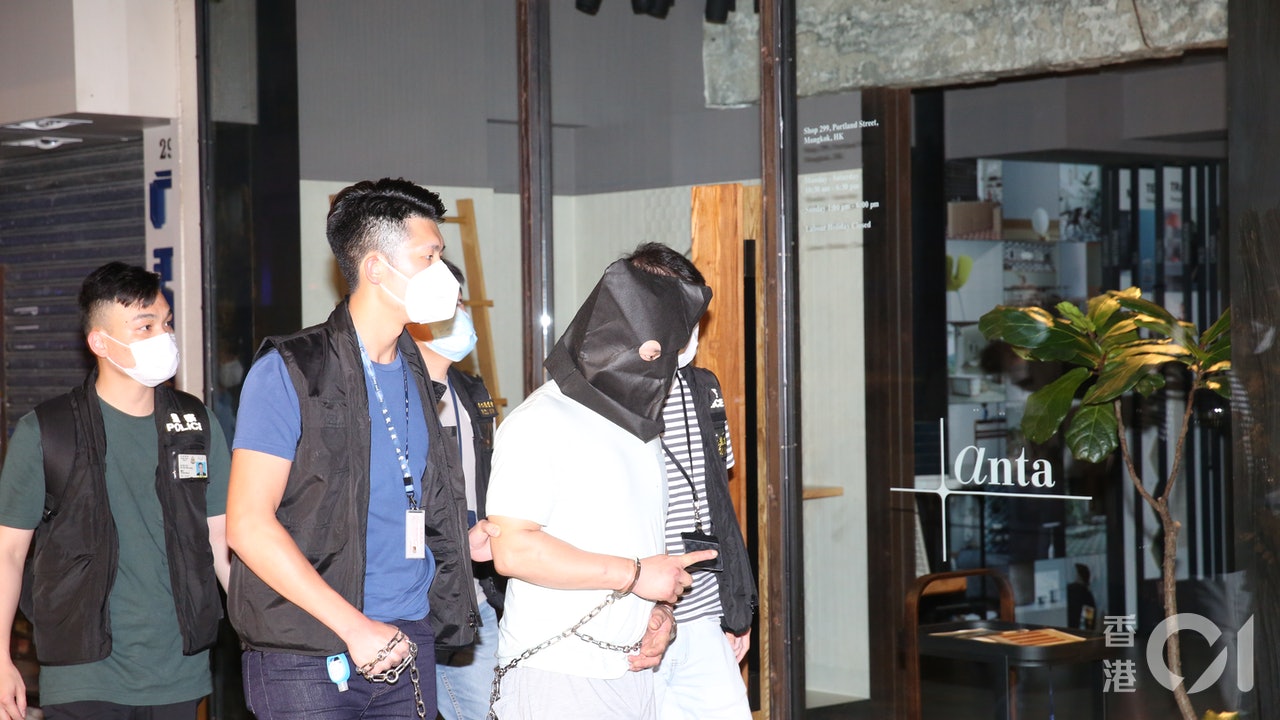 The murder occurred in Mong Kok in the early hours of Friday (27th).

A middle-aged couple came to the fishing machine gambling stall on Portland Street and was ambushed by gangsters when they were recovering more than 100,000 yuan in loans. A 46-year-old man surnamed Zhang was beheaded to death with a knife and almost half of his body was crossed. He was 59 years old. His girlfriend was attacked by a hard object and fainted for an hour.

The Kowloon West Regional Crime Squad took over the case and arrested 6 suspects, including the mastermind and the knifeman, all of whom have triad backgrounds.

According to sources, the police are investigating the whereabouts of "Bai Fenli", a key figure in the case.

Male deceased with multiple knives, almost half of his body was slashed

Superintendent Zhong Yalun of the Crime Department (Operations) of the West Kowloon Region said that in the early morning of yesterday (27th), the male deceased and the injured female (the two were in a relationship) went to a gambling venue at 299 Portland Street. There was a dispute between the murderers, and one of the murderers used the phone to summon helpers from the same party.

A few minutes later, the other eight perpetrators arrived at the scene in two private cars. After entering the site, several perpetrators could not help but attack the two with knives and hard objects. The entire attack lasted about one minute. Afterwards, everyone ran away.

The female injured then called the police for help, and the ambulance took them to the hospital for treatment. Unfortunately, the male deceased suffered multiple stab wounds and was later confirmed dead.

It is reported that the male deceased was hit with 4 to 5 knives, of which there were medium knives on the head, front abdomen, and shoulders. One of them was fatally wounded.

The female victim was not stabbed, but was attacked by a hard object, resulting in a broken hand and is still in hospital.

The police quickly solved the case and arrested 6 murderers, one suspect wanted to abscond from Thailand airport and was arrested

After intelligence gathering, the detectives arrested a 37-year-old main male perpetrator on murder charges in a unit in Mong Kok at 9:00 a.m. yesterday (27th) a few hours after the incident. It is believed that he was at the scene of the murder at the time. Responsible for directing the entire attack operation.

Later, police officers arrested two more men and two women (aged between 20 and 34) in Sham Shui Po, the airport and Mong Kok districts in the afternoon and evening respectively. Three of them were charged with murder and the other one was a woman. The crime is aiding a criminal.

The police believe that they were involved in the attack, arranging for the transport of the perpetrators, and other work.

One of the men arrested at the airport was planning to abscond with a one-way ticket to Thailand.

The police continued their arrest operations today (28th) and arrested another 34-year-old male assailant in the Mong Kok district, bringing the total number of arrests to six. He will be charged with the relevant charges later.

In addition, the police also found two vehicles in Ma Yau Tong Village and Tai Kok Tsui in Sai Kung earlier today, and found the murder weapon in the vehicle. The work will continue, and we are confident that the culprits who have not been arrested will be brought to justice.

The police are tracing the whereabouts of "Bai Fenli", a key figure in the case

It is reported that the injured woman surnamed Zhang (59 years old) in the case is suspected of having borrowed more than 100,000 yuan to her friend "Bai Fenli" earlier, and the debt has been in arrears for several years. Exclude someone with a grudge.

After Zhang Nv received a suspicious phone call on Thursday (26th) to inform the debt boy's location, she and her boyfriend Zhang (46 years old) went to an illegal fishing machine gambling stall at No. 299 Portland Street to collect debts. People ambushed, leading to murder.

The news said that "Bai Fenli" did not appear at the scene of the murder from beginning to end, and the 37-year-old male mastermind and "Bai Fenli" were friends.

Since "Bai Fen Li" is a key figure in the case, the police are looking for her to assist in the investigation.

The suspect was taken back to the West Kowloon Regional Headquarters.

Mong Kok Murder | Police have locked the identities of 5 perpetrators with mysterious calls to lure the murder bureau Mong Kok Murder | Suspect was about to board a plane and absconded in Thailand, but was intercepted by the Serious Crime Squad and arrested 3 men and 2 women Mong Kok Murder | Couple broke into a fishing machine stall and a debt collector was killed with a knife Dead girlfriend knocked out for an hour 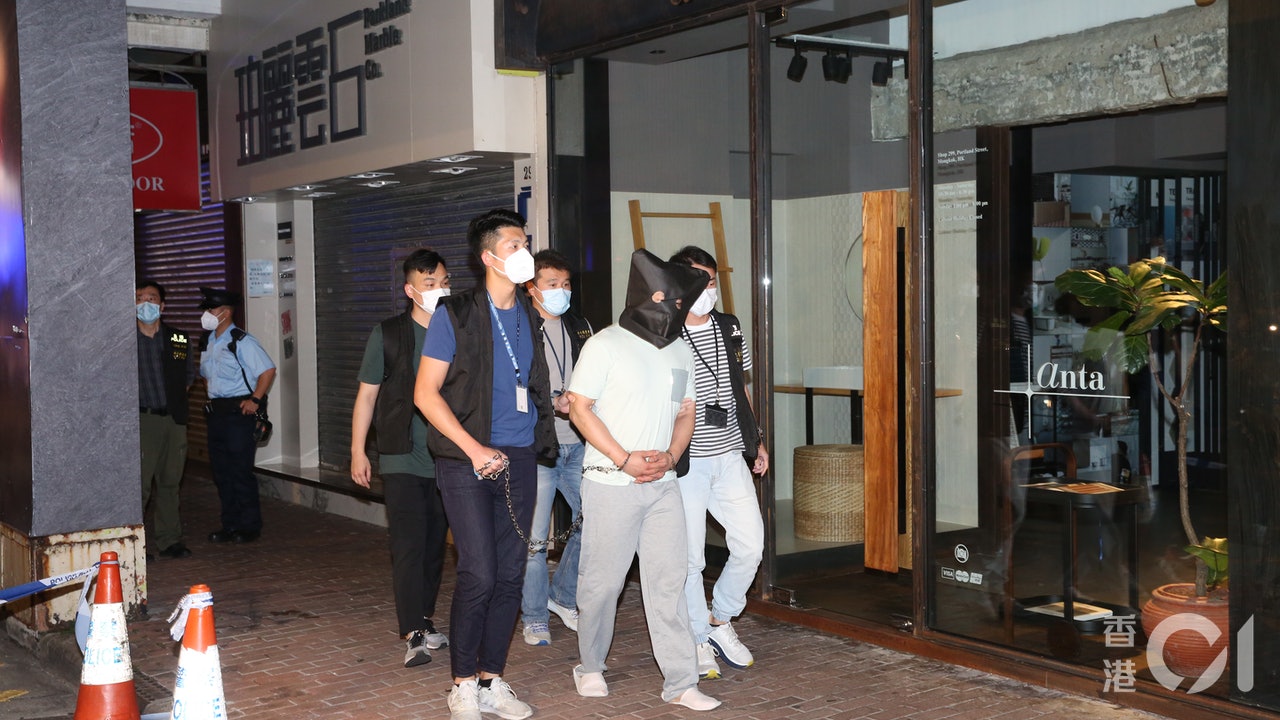 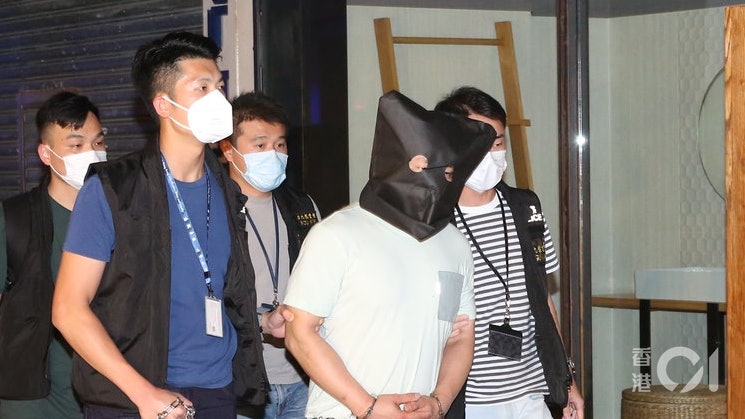 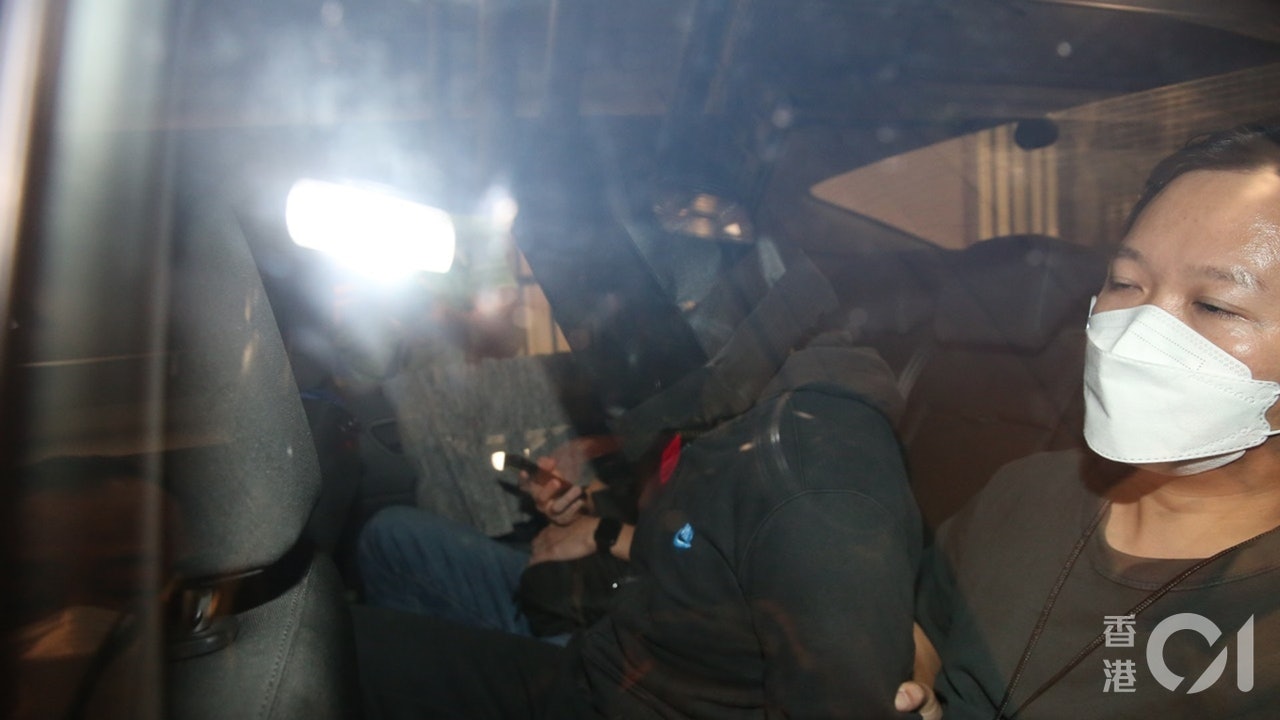 Mong Kok Murder Case | Couple was ambushed by gangsters to collect debts, one killed and one injured, police detained 6 murderers including the main brain knife 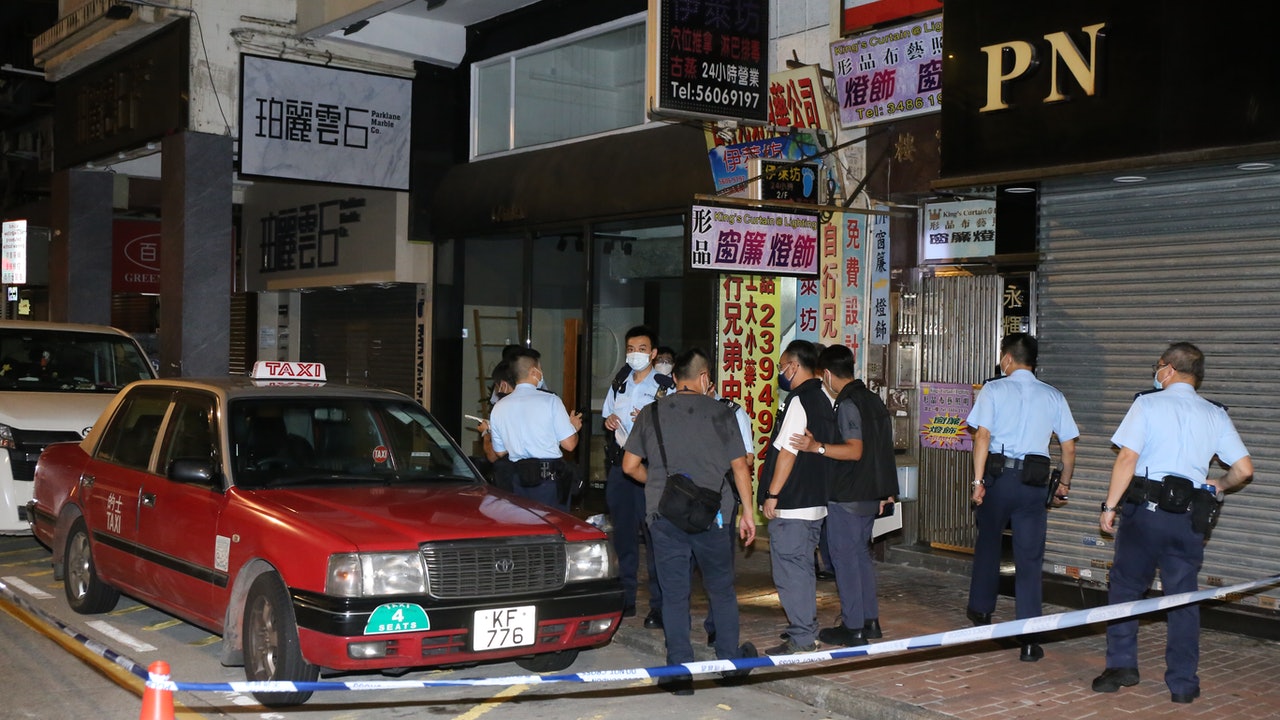 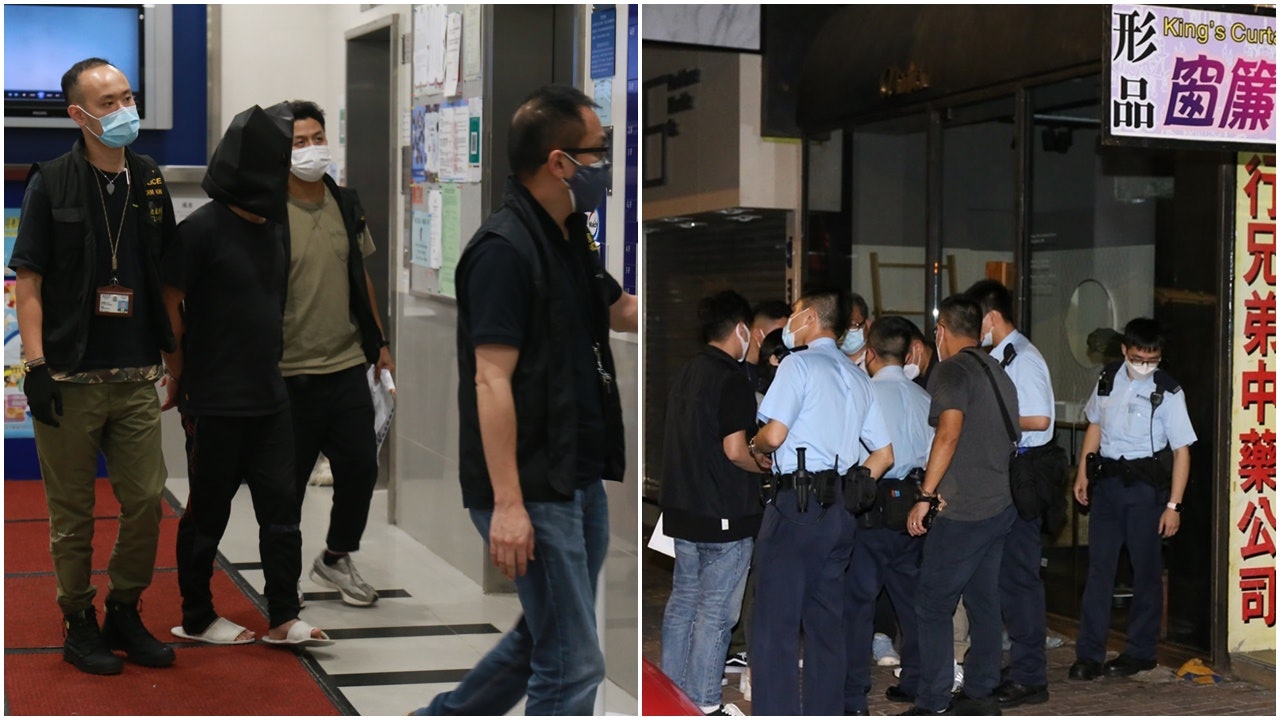 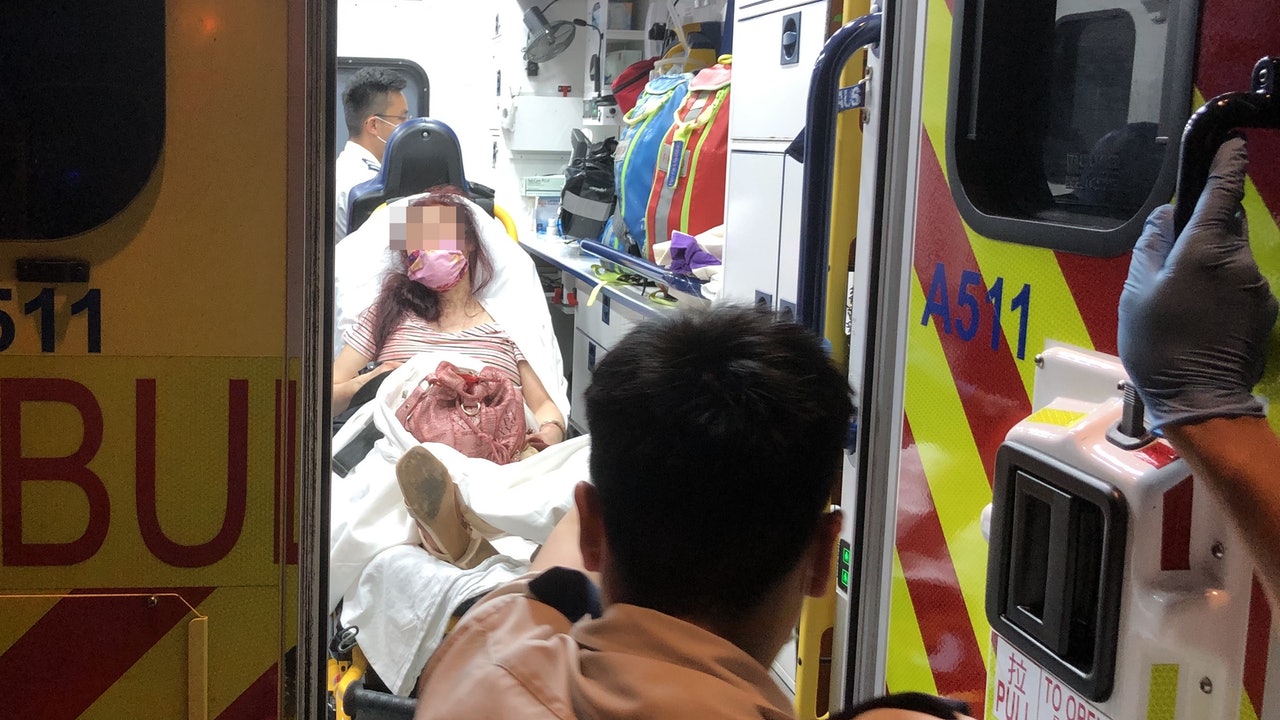 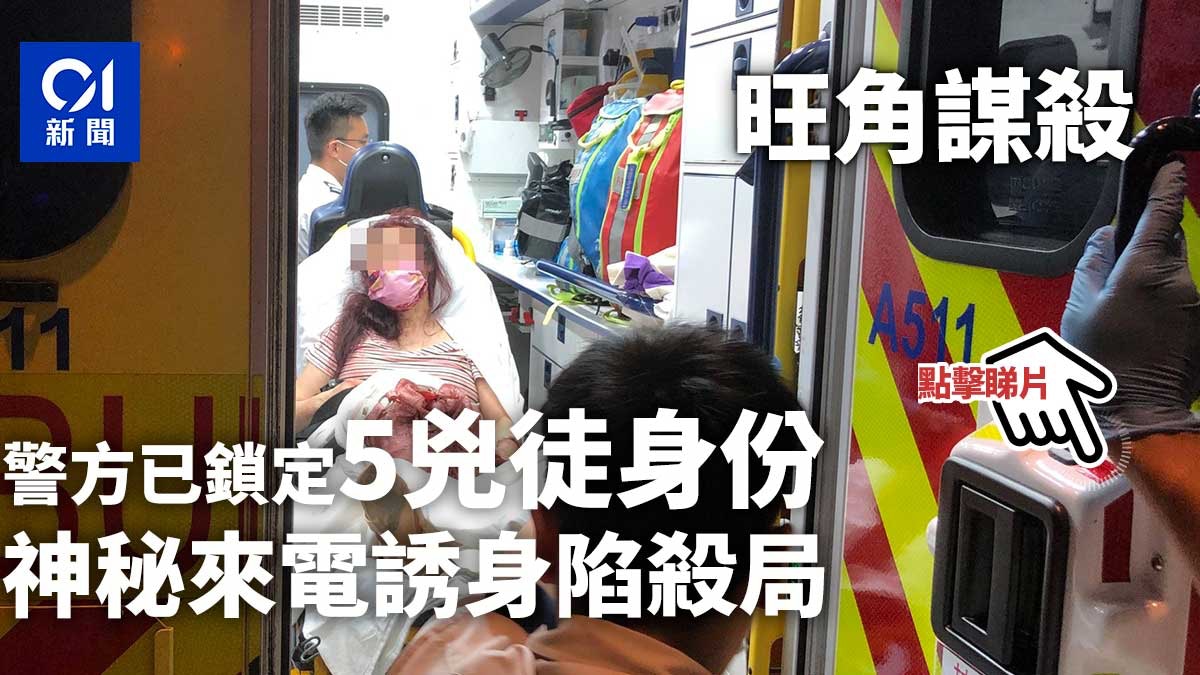 Mong Kok Murder | Police have locked the identity of 5 murderers, mysterious calls to lure into the murder bureau