Eleven customers of the bar "Zentral" on D'Aguilar Street in Central contracted the virus, the source of which is unknown. A restaurant near the California Building in Lan Kwai Fong, where "Zentral" is located, said that some diners canceled their reservations due to concerns about the epidemic. 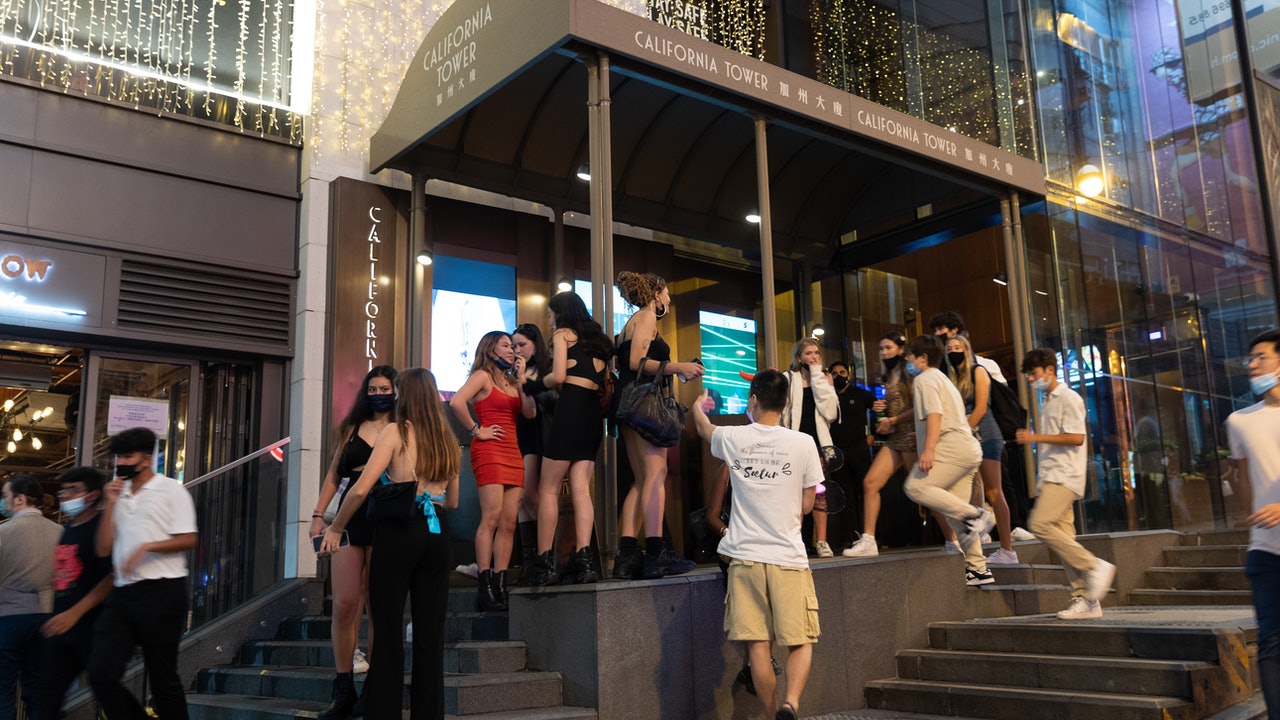 Eleven customers of the bar "Zentral" on D'Aguilar Street in Central contracted the virus, the source of which is unknown.

A restaurant near the California Building in Lan Kwai Fong, where "Zentral" is located, said that some diners canceled their reservations due to concerns about the epidemic, and bluntly stated that the incident had an impact on business.

Although the flow of people in Lan Kwai Fong did not decrease significantly tonight (28th) on the weekend, some citizens who were planning to hang out and feel the atmosphere turned around and left when they heard the news of the outbreak of the epidemic in the bar: "I'm so surprised, there are so many people." Some citizens are not afraid of the epidemic, and went to the bar for entertainment tonight: "There is nothing to worry about, and I can't help it when I am sleepy."

At about 9 pm on weekends, the flow of people in Lan Kwai Fong continued, and many bars were almost full, and people gathered outside the door.

Mr. Hung, a citizen, went to the Lan Kwai Fong bar for drinks with his friends. He bluntly said that the last time he went to the bar was last year, so "I have nothing to worry about. .

As for whether he will be more careful about epidemic prevention, he pointed out that he will use alcohol to sanitize his hands. He may leave when too many people are crowded, and he has been vaccinated for three times: "It seems that the sports field has to remove the mask, there is no way to avoid it."

Miss Li (right) and Miss Zhang (left) pointed out that they originally planned to hang out in Lan Kwai Fong after the meal to feel the atmosphere. After the reporter informed that there was an outbreak in the bar, the two immediately turned their heads and left the area of ​​Lan Kwai Fong.

The two women went to Lan Kwai Fong after dinner to learn about the "transition" of the outbreak: going to places with fewer people

However, some citizens admitted that they were worried about the epidemic, that is, "turned around".

Miss Li and Miss Zhang pointed out that they originally planned to hang out in Lan Kwai Fong after dinner to feel the atmosphere. The two claimed that they had not noticed the news about the outbreak of the epidemic in the bar. Turn around and leave the Lan Kwai Fong area.

However, Ms. Zhang pointed out that although there is news of the outbreak, she will continue to go to bars for entertainment, and she will choose places with fewer people.

▼On May 28, the Zentral Bar on D'Aguilar Street, Central, broke out▼

The restaurant has one or two customers to cancel the reservation Manager: always take adequate epidemic prevention measures

A restaurant manager near the California Building pointed out that the news of the outbreak in the bar also had an impact on business. "Some people are shocked. One or two stations have been canceled. I must be worried about the industry."

He emphasized that his restaurant has always taken adequate epidemic prevention measures, and employees also do daily rapid tests.

The person in charge of a bar said that the business has little impact: restaurants have groups

Mr. Jian, the person in charge of the bar AKJ in Lan Kwai Fong, believes that the relevant news has little impact on the business, and no customers have canceled the reservation yet. I believe that epidemic prevention measures can be taken.

For example, he pointed out that at present, customers must use a vaccine pass and "travel with peace of mind" before entering a bar, and there are many groups in restaurants, "in fact, they are all the same."

Mr. Jian, the person in charge of the bar "AKJ Pick", believes that the relevant news has little impact on the business, and no guests have cancelled their reservations yet.

All peers abide by the rules and do not suspend business: if you are not brave enough to violate the rules, you will stop for 14 days

Mr. Kan emphasized that the current employees are also required to undergo rapid tests every day, and disinfection is also carried out before opening the door.

When asked if he would be worried about the government tightening bar business requirements, he believed that the government would make a decision based on the current situation of the epidemic. "A bar with 11 more people is called a large outbreak, and a group of restaurants can spread to other places." Mr. Jian also pointed out that all his colleagues in the industry abide by the rules: "They are not brave enough to violate the rules. If they are caught, they will be suspended for 14 days, and they are not allowed to do business.

Central D'Aguilar Street bar Zentral hits 11 people recruited by basketball coach to teach Po doubtful rumors 6 students bar resumption The person in charge expects the business to drop by 90%: the business will be closed again or leave Hong Kong to develop the reopening venue on 5.19｜The bar karaoke will reopen the evening market and dine-in will be postponed until midnight [Details] The bar will reopen｜ Half of the employees are worried about changing jobs and then closing down and refusing to return to the boss of the nest Heavy money sucking new blood and robbing people The Epidemic Bar in Central invites DJs to perform Lan Kwai Fong Association: The law does not define live performances and promotes clarification 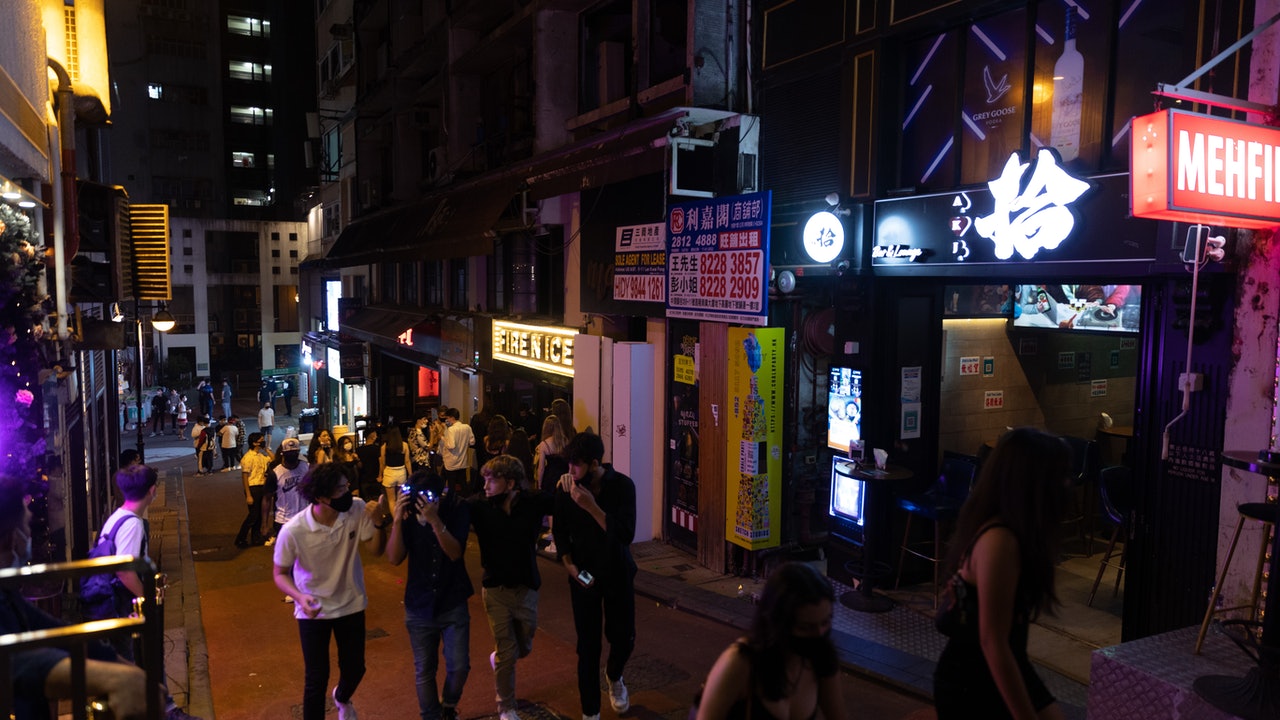 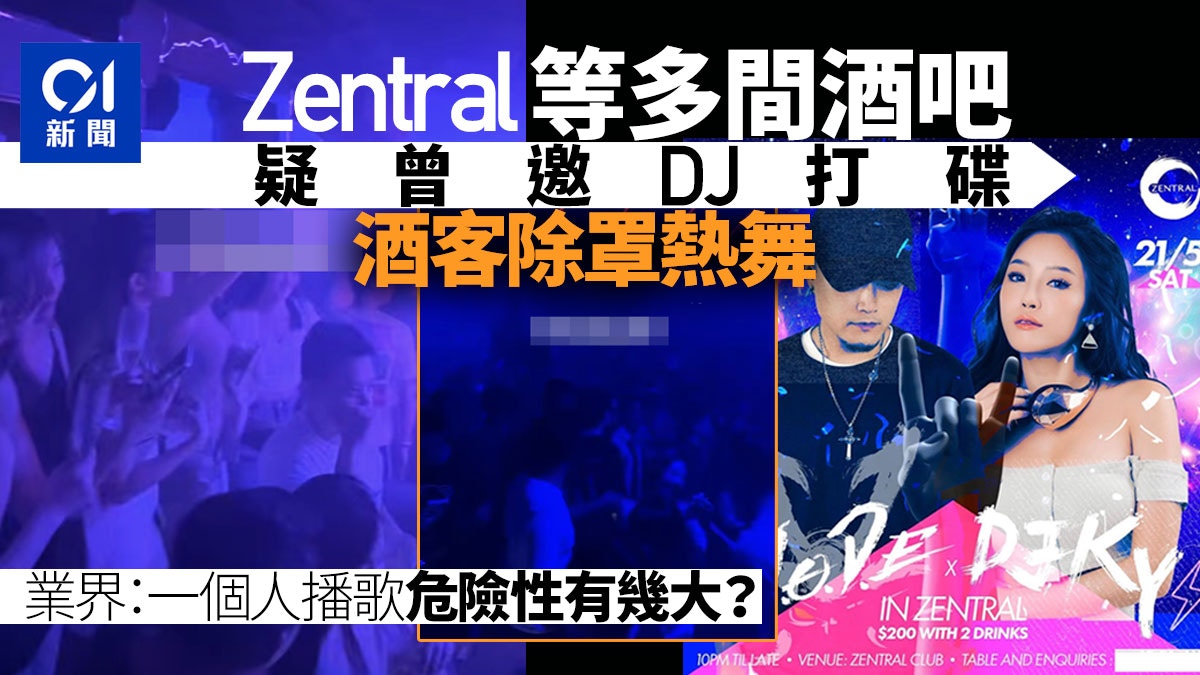 The customers of the Central Epidemic Bar illegally remove the masks and dance in a room with a DJ performing. The situation is not unique 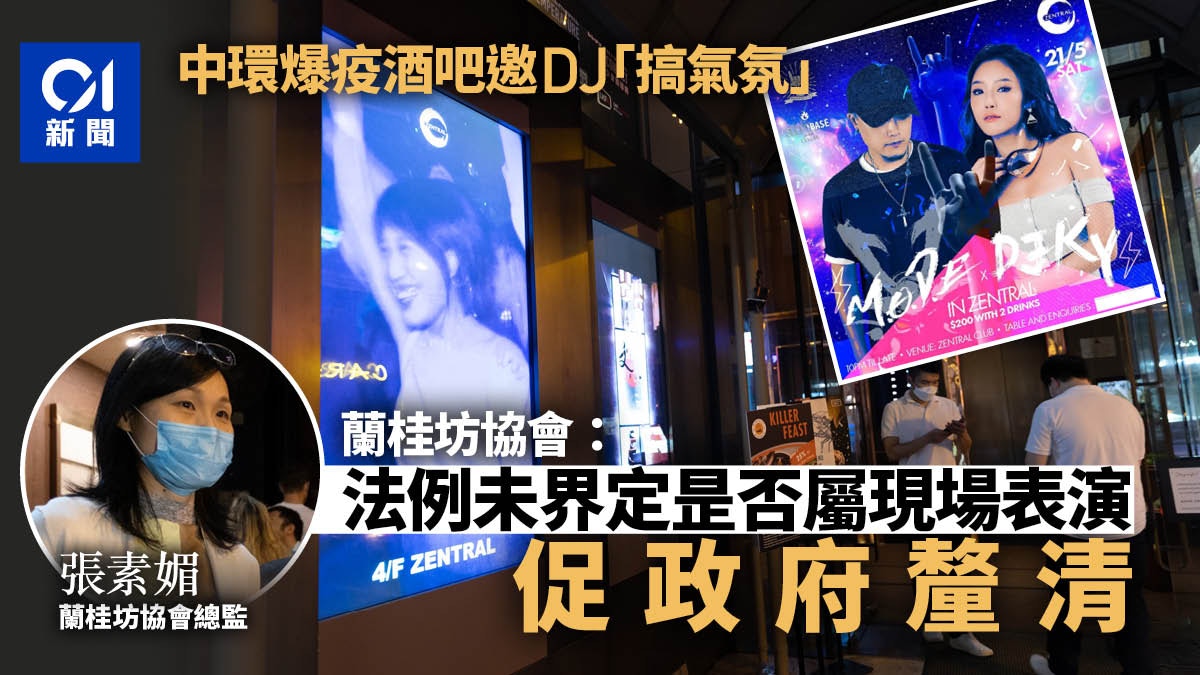 The Central Epidemic Bar Invites DJs to Perform Lan Kwai Fong Association: There is no clear definition in the law, please clarify 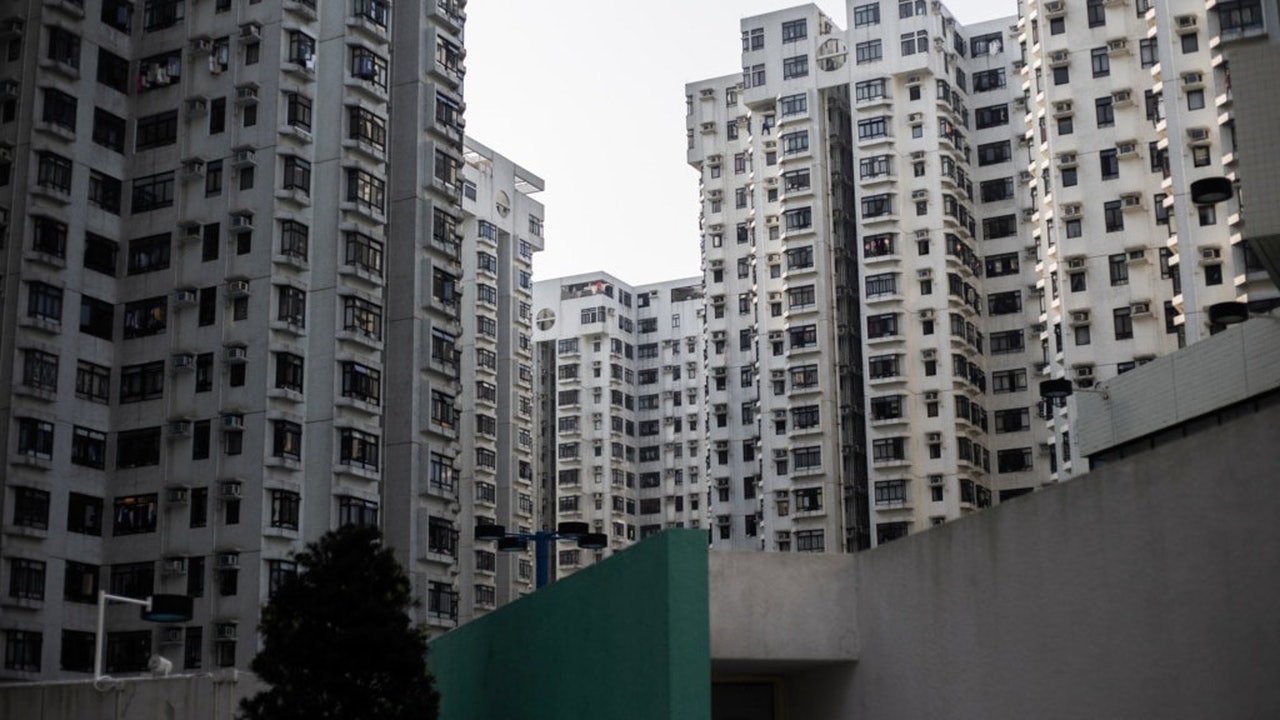 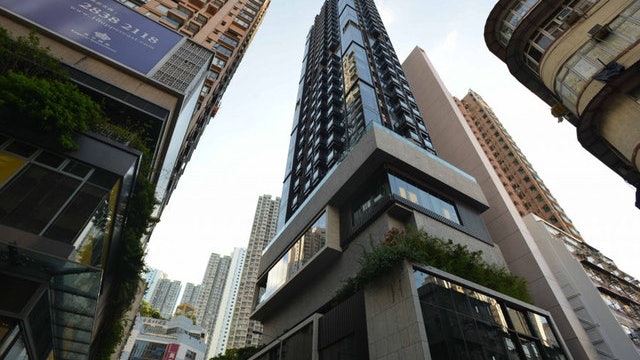 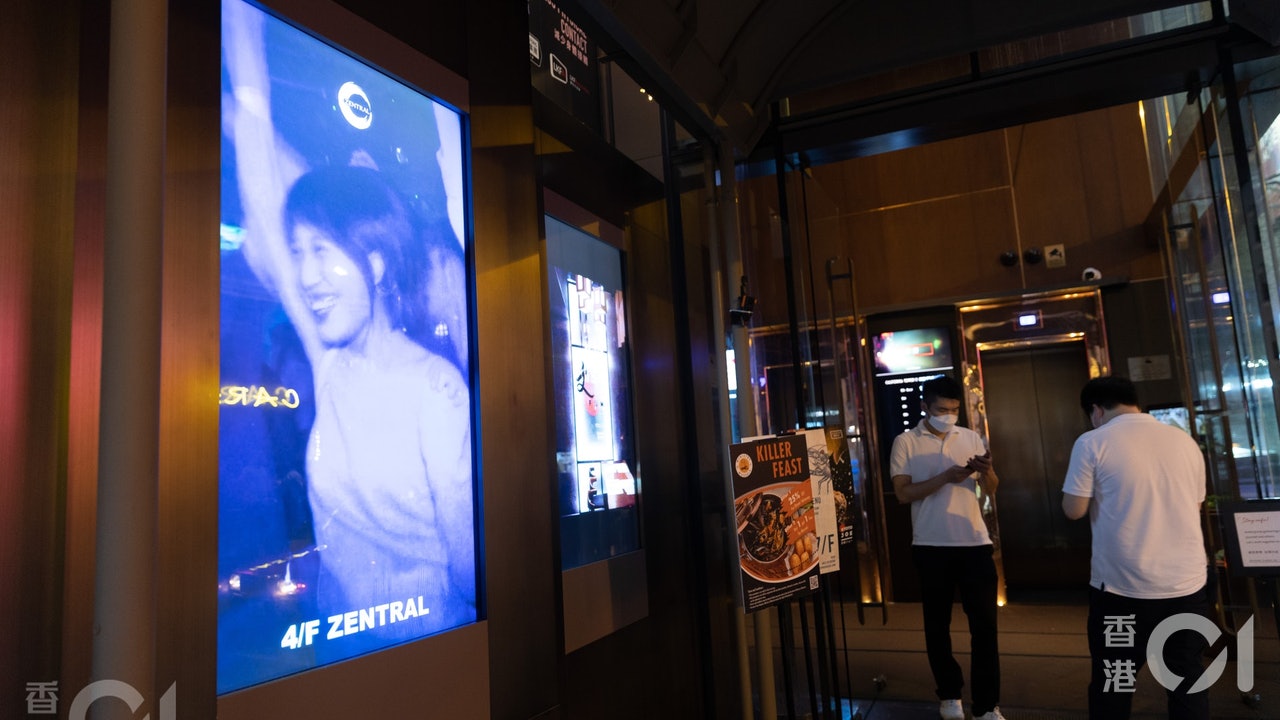 President's visit: The fall of the government will force Biden to navigate Jerusalem with great political sensitivity - Walla! news
2022-06-25T11:37:08.792Z

Jiudushan gondola crashed to the roof, the hanger was stuck on the fence, and the trade union said the ground should be properly enclosed
2022-06-25T11:18:53.951Z

The opposition loyal to former president Correa deepens the political crisis in Ecuador and launches to remove the president
2022-06-25T10:40:39.878Z

The Palestinian Foreign Ministry condemns the crime of killing a Palestinian boy by the occupation bullets
2022-06-25T10:40:33.339Z