Ukraine War: Russia destroys camps with UE and US weapons Created: 06/12/2022Updated: 06/12/2022 2:18 p.m By: Markus Hofstetter According to the Ukrainian secret service, the Kremlin is preparing for protracted fighting. According to their own statements, Russian forces have destroyed western weapons in western Ukraine. The news ticker on the military situation in the Ukraine war. Ukrainian Se

According to the Ukrainian secret service, the Kremlin is preparing for protracted fighting.

According to their own statements, Russian forces have destroyed western weapons in western Ukraine.

The news ticker on the military situation in the Ukraine war.

According to their own statements, the Russian armed forces attacked a large arms depot near Ternopil in the west of the country during the Ukraine war.

The weapons are said to have been supplied by the US and European countries.

Four long-range Kalibr missiles were fired from a frigate in the Black Sea, according to the Defense Ministry.

According to their own statements, the Russian armed forces have destroyed targets in western Ukraine with sea-launched Kalibr long-range missiles (archive photo from June 23, 2017) © picture alliance/Russian Defense Ministry Press Service/AP/dpa

The head of the Ternopil regional administration, Volodymyr Trush, confirmed the attack.

Among other things, four houses were damaged.

Nothing was known about the dead.

Serhiy Hayday, governor of the Luhansk region, the Russian army is using “all its reserves” to occupy Sieverodonetsk.

This is reported by the Ukrainian news agency Unian, citing local media.

The aim of Russia is therefore to bring the road between Lysychansk and Bakhmut under control today or tomorrow.

The Russian Defense Ministry, meanwhile, reports that its navy destroyed a warehouse containing weapons from the US and European countries in a Kalibr missile attack on Chortkiv in Ternopil Oblast.

Previously, Volodyr Trush, governor of the oblast, had confirmed a rocket attack (see update at 9.40 a.m.).

Ukraine conflict: many towns in the Luhansk region under fire

In the Ukraine war, after the Russian attack troops, the battle for the city of Sievjerodonetsk in the Luhansk region continues in the east of the country.

The situation there is the worst in the country, said the governor of the Luhansk region, Serhiy Hajdaj, in a video address published on Sunday.

It was impossible to count the shelling.

A Ukrainian tank drives through the fiercely contested city of Sieverodonetsk in eastern Ukraine.

Many towns in the region are under fire, Hajdaj said.

The situation in the town of Toshkivka, south of the administrative center of Sievjerodonetsk, is particularly difficult.

There the Russian attackers tried to break through a defensive line.

In part, the Ukrainian armed forces managed to stop the enemy.

According to the Ukrainian general staff in Kyiv, the Russian troops in the area of ​​the important traffic junction of Bakhmut have been pushed back during the ongoing heavy fighting in the Donbass.

Up to 150 attackers were "destroyed".

Ukraine conflict: Rocket attack damages gas pipeline in the west of the country

22 people are said to have been injured in a rocket attack in the Chortkiv area in Ternopil Oblast in western Ukraine.

This was announced by the governor of the region, Volodyr Trush, on Telegram.

In addition to a military facility, a gas pipeline is said to have been damaged.

Ukrainian secret service: Russian General Staff adjusts plans to the course of the battle in Donbass

Kiev - Russia is said to be preparing for an even longer operation in the Ukraine war.

This emerges from the current report of the "Institute for the Study of War" from June 11th.

According to this, the Ukrainian secret service GRU has the information that the Russian army leadership has extended its planning by 120 days until October 2022.

The Russian General Staff is adapting its plans to the course of the fighting in the Donbass, so that they are changed monthly.

One problem with this is that the Russian army still lacks reserves.

According to the GRU, Russia has deployed 103 BTGs (Battalion Tactical Groups) in Ukraine so far.

Another 40 BTGs are to be held in reserve.

However, these should not be full-fledged combat units, but associations whose personnel have been thrown together from other units.

According to the Ukrainian secret service, the Russian army has personnel problems.

Here, Russian soldiers guard foreign journalists on a trip organized by the Russian Defense Ministry near the town of Shchastya.

Ukraine conflict: Fighting for the city of Sievjerodonetsk continues

Meanwhile, according to the Ukrainian military, fighting for the city of Sievjerodonetsk in eastern Ukraine continues.

The Russian army fired on the civilian infrastructure in the city and in neighboring Lysychansk and three other places, the General Staff of the Ukrainian Army said on Facebook on Saturday.

The Ukrainian soldiers are in the process of resisting Russian attacks in Sieverodonetsk.

In the suburb of Metelkino, an attack was successfully repelled and the Russian army withdrew, the situation report said.

Fighting continued in another suburb.

In addition, Ukraine is said to have retained control of the Azot chemical plant in Sievjerodonetsk.

This was announced by the governor of the region, Serhiy Gaidai.

Around 800 civilians are said to have found refuge in several bunkers below the plant.

On Saturday it was reported that the shelling of the plant had started a major fire, it is not known if it has been extinguished yet.

The strategically important industrial city of Sieverodonetsk is the last major city in the Luhansk region not yet fully under Russian and pro-Russian control.

They have been fighting for weeks. 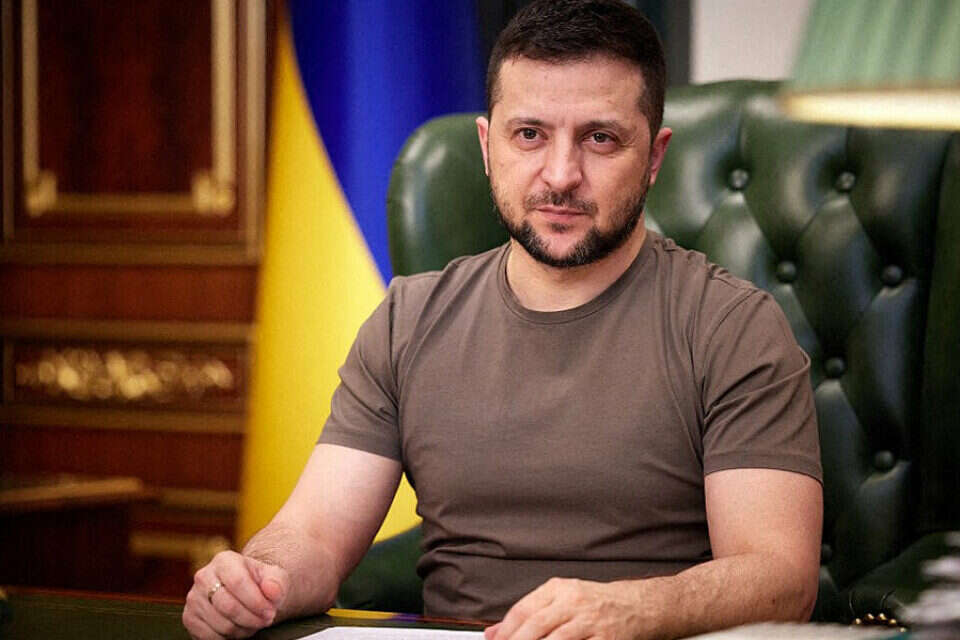 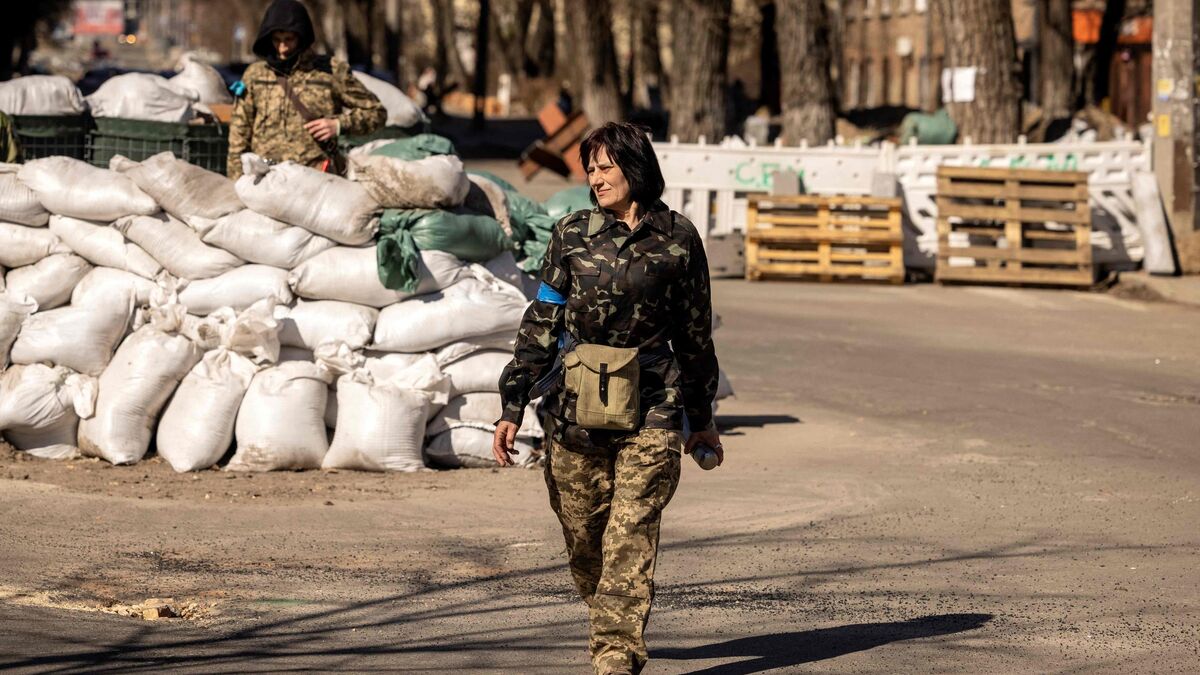 War in Ukraine: negotiations with Russia, fear of chemical weapons ... the point on this 27th day of fighting 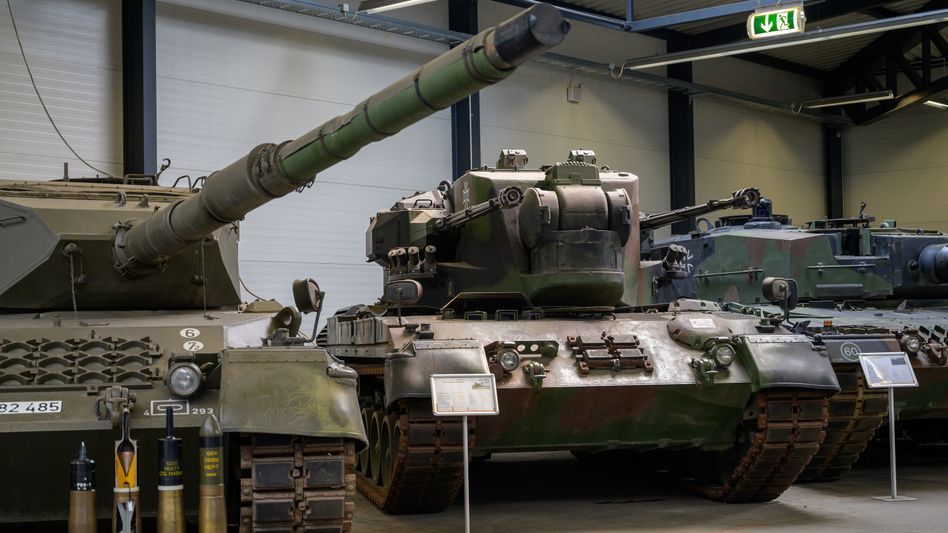 Ukraine war: heavy weapons from Germany, billions of dollars from the USA