Many American travelers will no longer have to worry about the hassle of taking covid-19 tests before returning home, which could increase the demand for travel to Europe this summer. 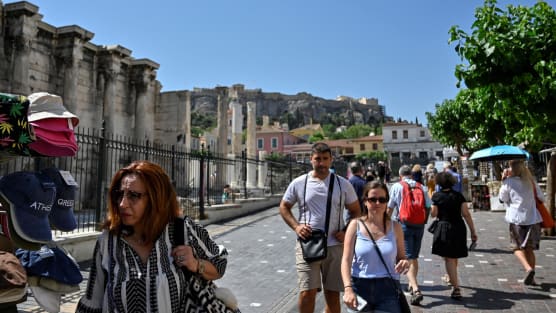 What costs are Americans facing to travel this summer?

Just as summer heats up, the United States lifted its longstanding requirement that all travelers entering the country present a negative COVID-19 test.

The news brings both a collective sigh of relief and a likely rush of new international travelers to an already chaotic summer season.

For many American travelers, development means no longer having to worry about the hassle of testing before returning to the United States, or the cost and burden of staying abroad to quarantine and wait for a negative result if a pre-travel test fails. trip is positive.

Meanwhile, international travelers bound for the United States can plan trips without the fear of having to cancel due to a positive test.

Most non-US citizens are still required to be vaccinated to travel to the country.

And the battered travel industry celebrates the removal of the barrier for both groups of potential customers.

The Centers for Disease Control and Prevention (CDC) say they will reassess the rule if the COVID-19 situation changes.

The development comes after intense pressure from tourism and travel trade groups as the industry continues to recover after more than two years of pandemic-induced recession.

For months, such organizations had called for the test requirement to be dropped, as it has been in Canada and the UK since March, as well as most countries in Europe.

After Friday's news of the end of the rule, the American Hotel and Lodging Association (AHLA) and the US Travel Association (USTA) were among the groups that issued statements applauding the measure.

AHLA President and CEO Chip Rogers described it as a "significant victory for hotels and the broader travel industry" in a statement released Friday, calling the requirement outdated that creates a "chilling effect" on travelers. incoming international travel.

Meanwhile, USTA President and CEO Roger Dow stressed that the removal of the testing requirement could bring an additional 5.4 million visitors to the United States and an additional $9 billion in travel spending through the end of 2022.

Tourists and locals stroll in a tourist area in Athens, Greece, on June 1, 2022. (Louisa Gouliamaki/AFP via Getty Images)MOREHIDE

Despite many in the travel industry supporting the development, some experts are warning of increased demand, decreased availability and higher prices as a result, which will exacerbate what has already been a chaotic travel landscape. both in the United States and abroad.

"Europe will be inundated with American travelers," Mina Agnos, president of Travelive, a specialist travel agency for Greece with offices in Athens and Delray Beach, Florida, told CNN Travel by email.

“When talking to travel advisers in the US, the consensus is that 2022 is 'three seasons in one.'

Hotel availability is very limited and local services [such as] guides, drivers, local air, ferry and train services and restaurants will be full this season," Agnos said.

It is an assessment that the tourism industry, especially the hotel sector, is delighted to see.

Chitra Stern, CEO of Martinhal Resorts, a family-focused luxury hotel group with properties across Portugal, said US testing restrictions have "prevented many travelers" from planning trips abroad, especially families, who are the core demographic of the brand.

Because a negative test is no longer required to return to the United States, Stern expects to see an increase in American guests, the main market for Martinhal's property in central Lisbon, booking stays in Portugal and across Europe.

London is expecting a surge in American visitors now that the test requirement has been lifted.

Laura Citron, CEO of Visit London, expects to see a similar rise in American travellers, who make up London's largest inbound tourism market, heading to the capital city this summer.

"Throughout the pandemic, we saw spikes in bookings from the US to London when travel restrictions were lifted," Citron told CNN Travel via text message, adding that passengers flying from the US US to London almost reached pre-pandemic levels during the week of Platinum Jubilee celebrations.

According to Agnos, travelers with their hearts set on a vacation to Greece this summer should start planning their trips right away and expect to brave the crowds.

If Agnos's business is any indication, the Mediterranean country is about to see a flood of tourism in the coming months, so much so that June is "virtually sold out" for Travelive guides, transfer vehicles and even yachts, Agnos said.

It is the first in the tour operator's 21-year history.

"Hotel availability is a serious concern, even in areas like Athens and Mykonos, where inventory has always been adequate," Agnos explained.

"This is the first time we've had to stop doing business due to unavailability."

A view of the Boni windmill and Mykonos Old Port in May 2020. Accommodation will be scarce this summer, says a travel advisor.

"A Boost in Transatlantic Demand"

Exactly how much the end of the restriction will cause airfare costs to rise remains to be seen.

But it's safe to say that with the inevitable increase in demand, passengers should consider booking flights as soon as possible to get the best deal.

According to Scott Keyes, founder of Scott's Cheap Flights, an airfare booking and tracking site, increased demand could result in airlines expanding routes and service to popular destinations like Europe.

“I expect to see increased demand for transatlantic travel and airlines respond by adding more flights to capture the new swaths of travelers eager to travel between the US and Europe,” Keyes said.

"A lot of national rates are higher than ever, and that's because that's where the demand is highest," Potter said.

"As more people look to Europe and beyond, we could easily see airlines increase fares, especially during the peak summer season."

"We're still finding great deals for Europe, like $500 (or less) nonstop fares to London or Rome in that time frame after the transatlantic rush dies down a bit."

Travelers to high-volume destinations must also arm themselves with extra patience in light of the staffing shortages the travel industry continues to grapple with in the hotel, restaurant and airline sectors.

"I am concerned about service delivery this year," Agnos said.

"Staffing remains very difficult, so service levels may not be comparable to pre-Covid-19 levels, particularly in luxury travel services."

Kathy Hirst, travel manager for Black Pearl Luxury Services, a Salt Lake City-based personalized travel operator, said that while she's "excited" about the end of the testing requirement, she also anticipates some frustration from customers who waited to book international travel until proof was no longer needed, and now you may face limited availability.

Visitors were already lining up to enter Paris' famous Louvre Museum on April 29.

The summer travel season will be very busy in many parts of Europe.

“Now that they are ready to book, they will most likely be disappointed by the lack of inventory with tours, hotels, cruises and airline tickets,” Hirst said by email.

"Right now we find that many hotels, airlines, tour companies and cruise ships are struggling to operate due to a lack of employees."

Like Agnos, Hirst has seen a significant increase in inquiries and bookings in hot spots across Europe, including France, Greece, Italy and the UK.

He said destinations in the Caribbean and Mexico are also "extremely popular" and that demand has generally been so high that some of his colleagues are turning down requests to book custom trips.

“These itineraries are a lot of fun to plan but they are very time consuming and many advisors are turning away new clients because we are inundated with requests,” Hirst said.

"People have waited two years to travel, and pent-up demand is a good problem for us, but it also makes the days very long and stressful," he said.

"Hopefully things will stabilize in the next couple of months, but for now traveling is more exciting than I've seen in my 20+ years in the industry."

CNN's Marnie Hunter and Forrest Brown contributed to this report. 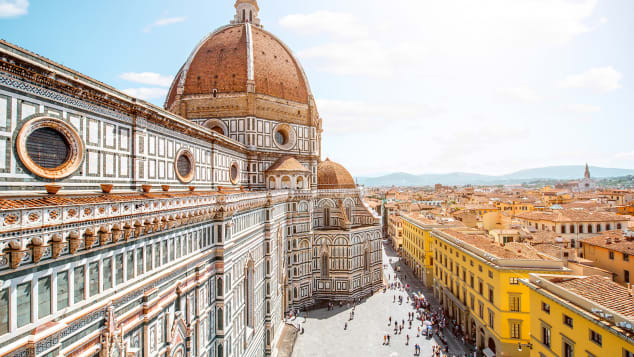 The CDC adds three destinations to the "high risk" level of travel by covid-19, including Mexico 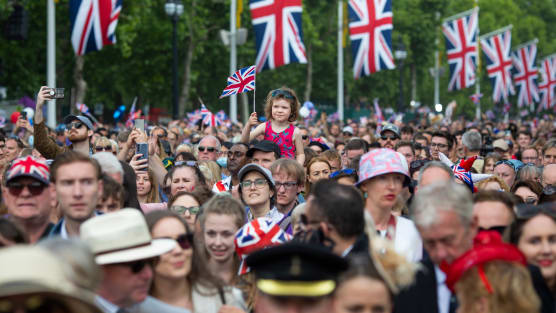 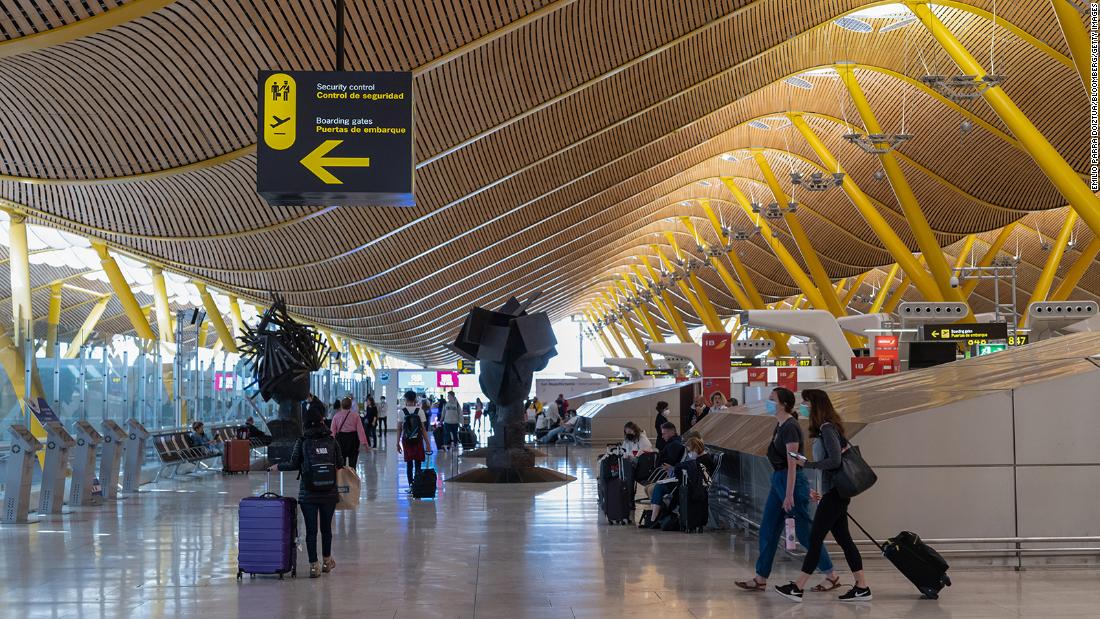 Elimination of the pre-covid-19 test requirement: what you need to know about the new US travel policy 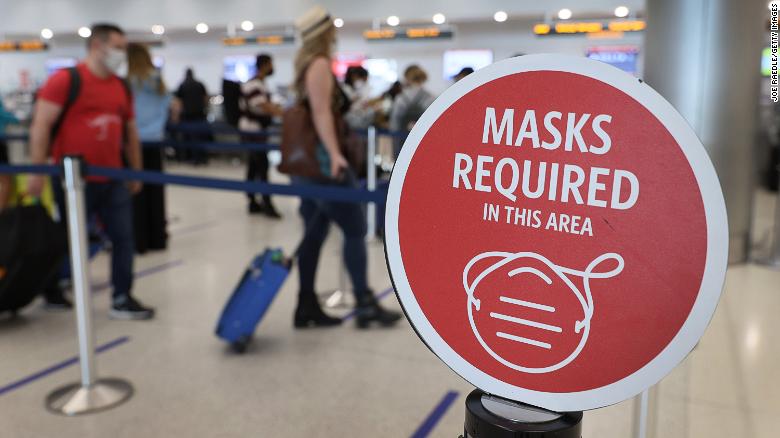 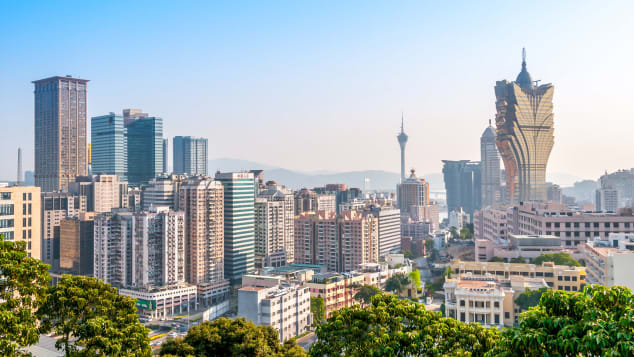 These popular destinations are still off-limits to tourists 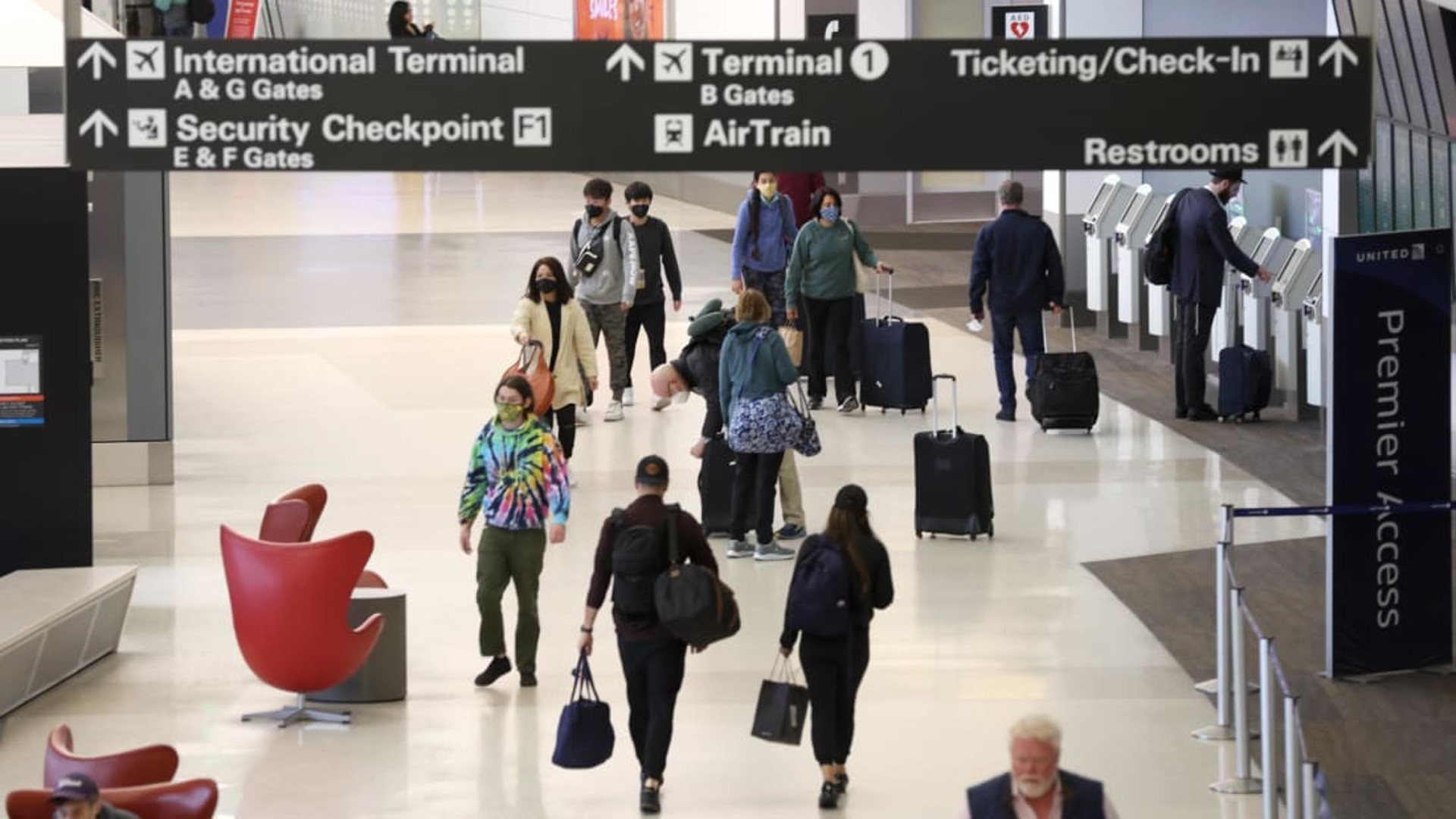 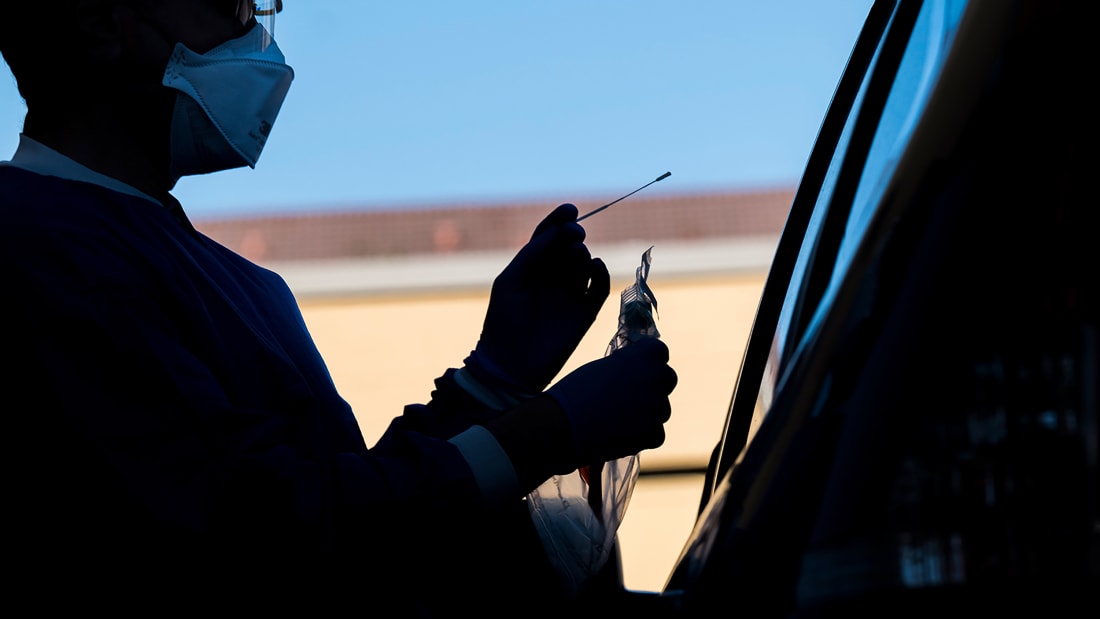 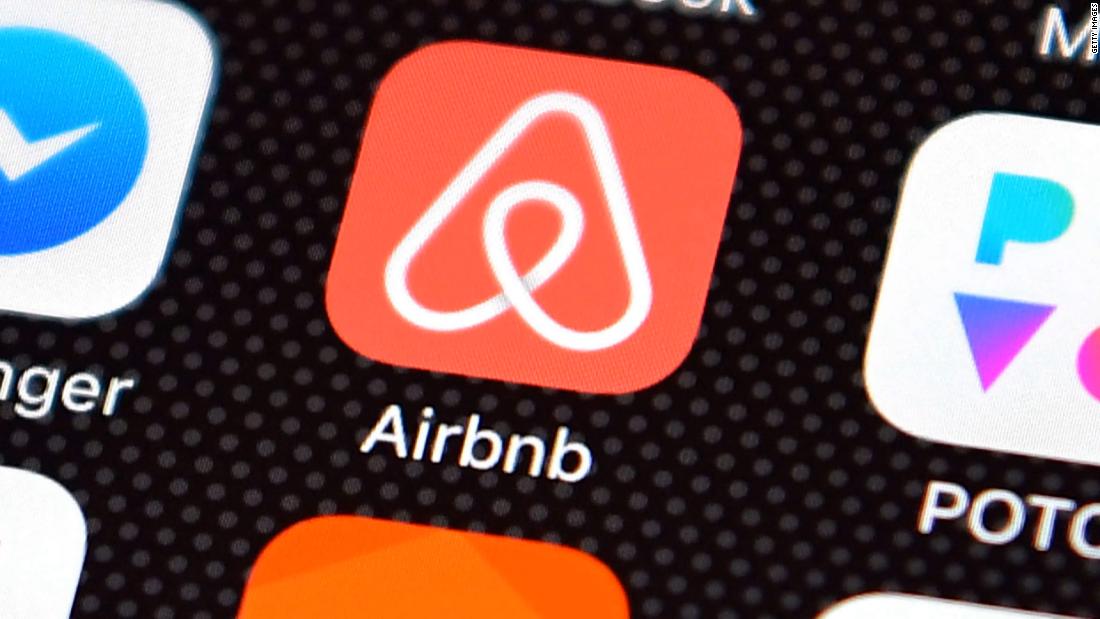