5 places that emerged due to droughts: how extreme weather reveals vestiges of past lives

With droughts becoming more frequent and severe in different parts of the world, vestiges of ancient cities or cultures are emerging from the water, when global warming was probably not an urgent issue. 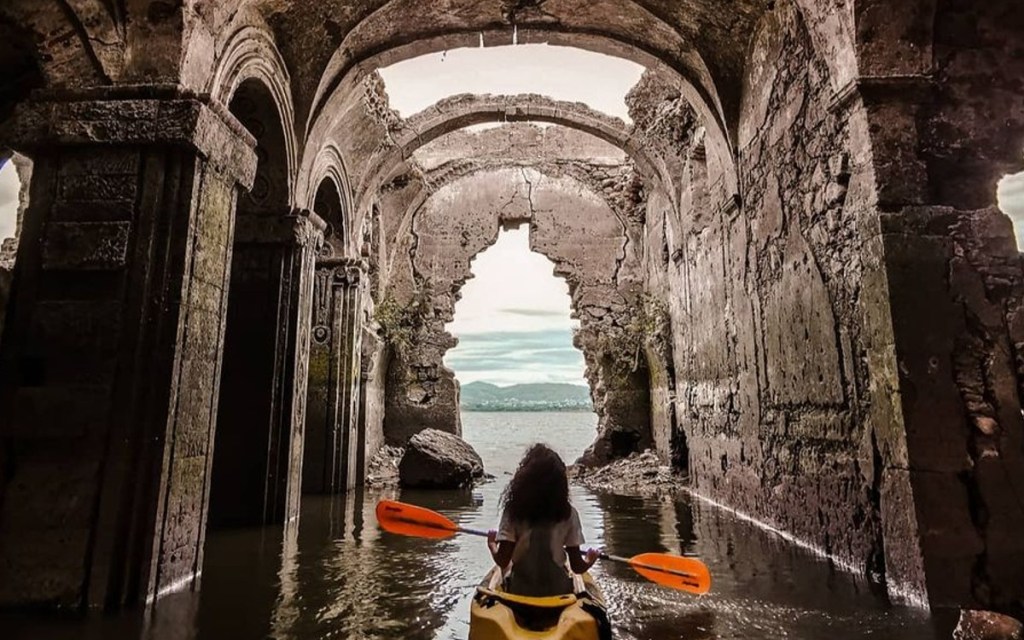 There have always been droughts, but in recent years - due to climate change - they have been more frequent, longer and more severe, causing millions of people in the world to live in extreme conditions due to the scarcity of Water.

At the same time, they have also made startling revelations of past lives, times when global warming was probably not yet an urgent issue.

Whether in Mexico, Iraq, the United States or Spain, the remains of churches, cities or ancient cultures emerge from the waters as a result of droughts caused by global warming.

A phenomenon that has increased by 29% in number and duration since 2000, according to a study by the specialized body of the United Nations (UN) against desertification, in different regions of the world.

A temple from the colonial era

A church from the time of the viceroyalty of New Spain was born in the middle of last year in the community of El Zangarro, located in the central state of Guanajuato, in Mexico.

With the drought currently plaguing the country, the water level of this dam built in 1979 by presidential decree has dropped and, with it, revived the ruins of the Temple of the Virgen de los Dolores.

Its construction dates back to the 18th century and the civil registry offices and the vicarage of what was then known as Villa Real de Mina de Guanajuato were located there, according to

Dulce María Vázquez, director of the Municipal Archives of the city of Irapuato, located 25 km from the temple.

The temple has attracted visitors and onlookers ever since.

Six years ago, another 16th-century Dominican church resurfaced after the Grijalva River's water levels dropped 25 meters due to droughts in the area, tourism authorities explain on their website.

The Temple of Santiago, located in Quechula, in the southern state of Chiapas, in Mexico, was left exposed after being submerged for years.

"Quechula was submerged at the time of the construction in 1966 of the Nezahualcoyotl dam, also known as Malpaso", is explained on the website of the temple that is currently reached by boat and is visited by tourists every time the drought is pressing and they go down the water levels.

"That construction that impresses with its dimensions and apparent strength, and that today is a refuge for ducks, herons and birds in general."

The water levels of a reservoir in Mexico have receded to reveal the remains of an ancient church: the Temple of Santiago, also known as the Temple of Quechula.

The church was built by monks who were led by Bartolomé de la Casas, a Dominican friar.

When the monks first arrived, the area was inhabited by the Zoque people, an indigenous group from Mexico.

According to Carlos Navarrete – an architect who worked with Mexican authorities to report on the structure – the church was built under the assumption that the area would be highly populated.

"It was a church built thinking that this could be a large population center, but that was never achieved."

Instead, the project was abandoned midway through the construction process.

According to Navarrete, this was due to the spread of the plague during 1773-1776.

The area was then flooded in 1966 when a dam was built for the nearby Nezahualcoyotl reservoir.

Due to the recent drought in the area, the water levels have dropped almost 25 meters, revealing the underwater structure.

The bell tower of the church rises 48 meters from the ground.

This is the second time that the dam's water levels have revealed the temple since it was submerged in 1966. In 2002, the water levels dropped so low that visitors could easily walk inside the church.

Extreme drought in Iraq allowed archaeologists to recently discover a city that dates back some 3,400 years.

After the water level dropped rapidly, the experts excavated an area on the banks of the Tigris River against the clock where they found what could be the city of Zakhiku, an important center of the Mittani empire that reigned from 1550 to 1350 BC.

Zakhiku was submerged under water after the Iraqi government built the Mosul Dam in the 1980s and has hardly seen the light of day since.

An ancient city in Iraq is believed to be Zakhiku, a settlement of the Mittani Empire that reigned between 1550 and 1350 BC.

Follow the gallery to learn more about this discovery.

Archaeologists raced against the clock to excavate the archaeological site before rising waters once again engulfed the city.

Five ceramic vessels containing more than 100 cuneiform tablets were discovered among the ruins.

They probably belong to the Middle Assyrian period, immediately after the reign of the Mittani empire.

The researchers heavily covered the ruins with plastic sheeting to prevent the ancient city from being eroded by water.

The cuneiform tablets have yet to be studied, but researchers hope they will detail what happened to the city after a devastating earthquake.

Archaeologists had to work in extreme weather conditions, including storms and sub-zero temperatures, to excavate the settlement before it disappeared underwater.

According to the researchers, it is practically a miracle that the vessels with the unfired clay tablets have survived for decades underwater.

The ancient city is now submerged again, but the researchers were able to catalog much of the archaeological site.

Although little is still known about the ancient Mittani people who built the city, archaeologists were able to find certain artifacts during the latest excavation that could help provide information.

They are believed to belong to the Middle Assyrian period, which lasted between 1350 and 1100 BC, and could shed light on the disappearance of the city and the rise of Assyrian rule in the area, according to a press release.

A palace had already been documented when the city briefly emerged in 2018, but multiple additional structures were documented during the latest excavation.

Some of the discoveries include a fortification complete with towers and walls and a multi-story tall storage building.

Relics of the Gold Rush

Folsom Lake's water levels were so low last year due to a severe drought in the U.S. state of California that relics of the Gold Rush era that are normally submerged were revealed on dry land.

"With historically low water levels made worse by the impacts of climate change, artifacts and ruins that once belonged to the area's past communities and cultures are now showing up along the lake bed," according to a Facebook post from the Area. Folsom Lake Recreation Center.

Empty moorings on a dry lake bed at Folsom Lake Marina as the lake experiences lower water levels during the California drought emergency on May 27, 2021 in El Dorado Hills, California.

For more than a century before the Folsom Dam was built, the area where this northern California lake now stands was used for gold mining and farming, according to the

"The settlements were destroyed when the reservoir was filled in the mid-1950s, but some ancient foundations and artifacts remain in the lakebed," the newspaper explains.

Whenever water levels drop due to the drought that particularly hits this region of the United States, tourists can see the ruins at places like Salmon Falls, Red Banks and Mormon Island, according to the Folsom Lake Recreation Area.

Visitors can be fined if they tamper with the remains of the site.

On the border between Spain and Portugal, the remains of a small town that had been uninhabited and flooded emerged from the depths in early 2022 due to drought caused by lack of rain.

With the Concello de Lobios dam at 15% of its capacity, the details of a life frozen in 1992 — when the town of Aceredo in the northwestern Spanish region of Galicia was flooded — are revealed once again.

"It's like I'm watching a movie. I have a feeling of sadness," Maximino Pérez Romero, 65, a resident of A Coruña, told Reuters.

"My feeling is that this is what will happen over the years because of the drought and all that, with climate change."

Flooded town emerges from a reservoir after a drought 0:53

Tourists walking on cracked ground in parts of the area found partially collapsed roofs, brick and wooden debris that once formed doors or beams, and even a drinking fountain with water still gushing from a rusty pipe.

Crates of empty beer bottles were stacked next to what used to be a cafe, and an old semi-destroyed car was rusting by a stone wall.

María del Carmen Yáñez, mayor of the municipality of Lobios, of which Aceredo is a member, blamed the situation on the lack of rain in recent months, particularly in January, but also on what she described as "quite aggressive exploitation" by the Portuguese electric

With information from CNN's Megan Marples 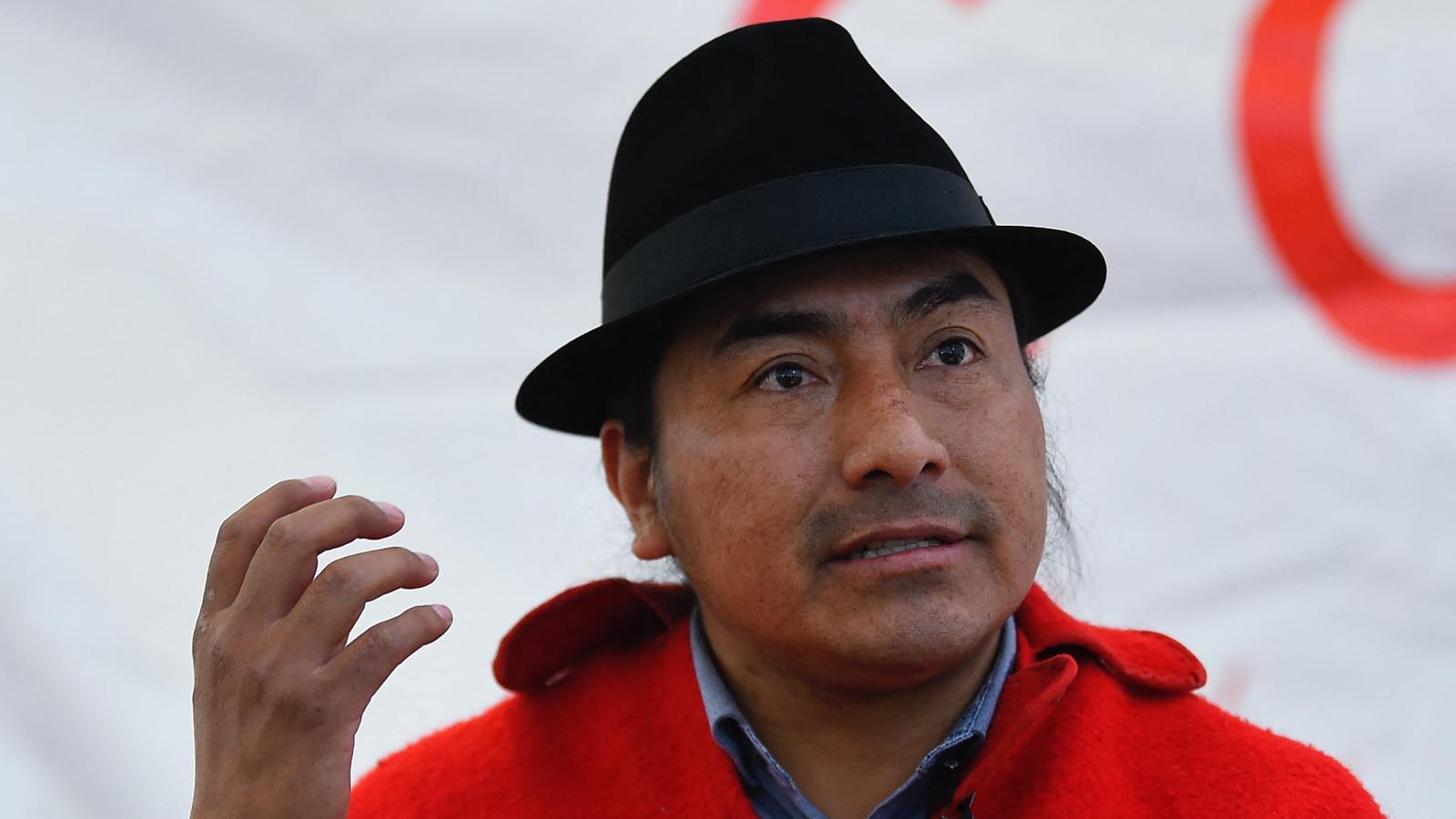 The 5 things you should know this June 23: Who is Leonidas Iza, the indigenous leader who leads the protests in Ecuador? 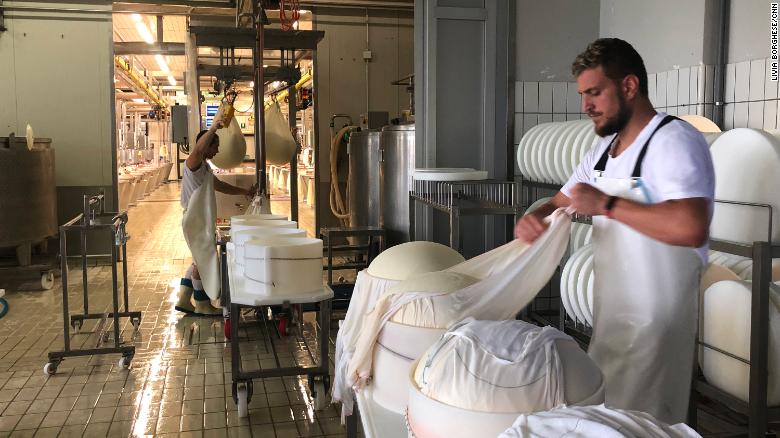 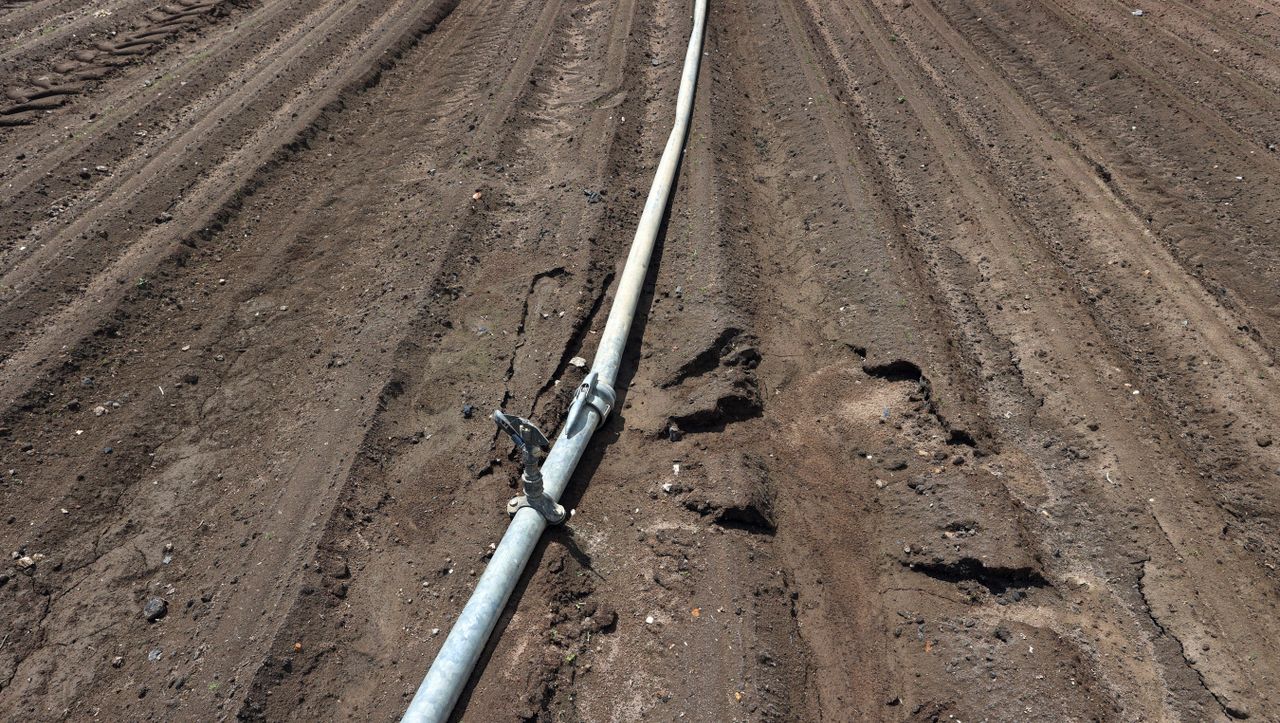 Extreme weather: What's going on in Europe and what's still to come 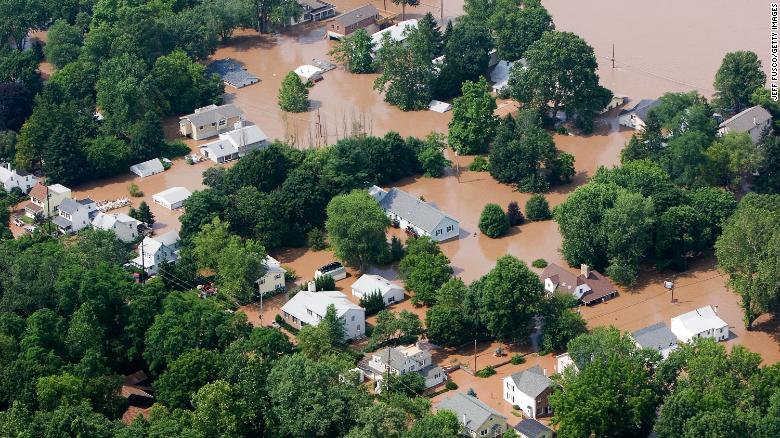 The next extreme floods could be even worse, according to a new study. But there's a way around it 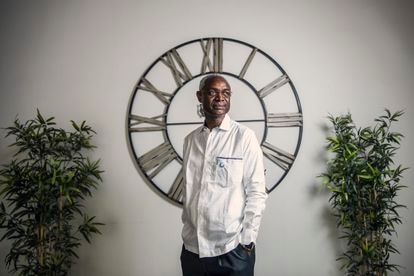 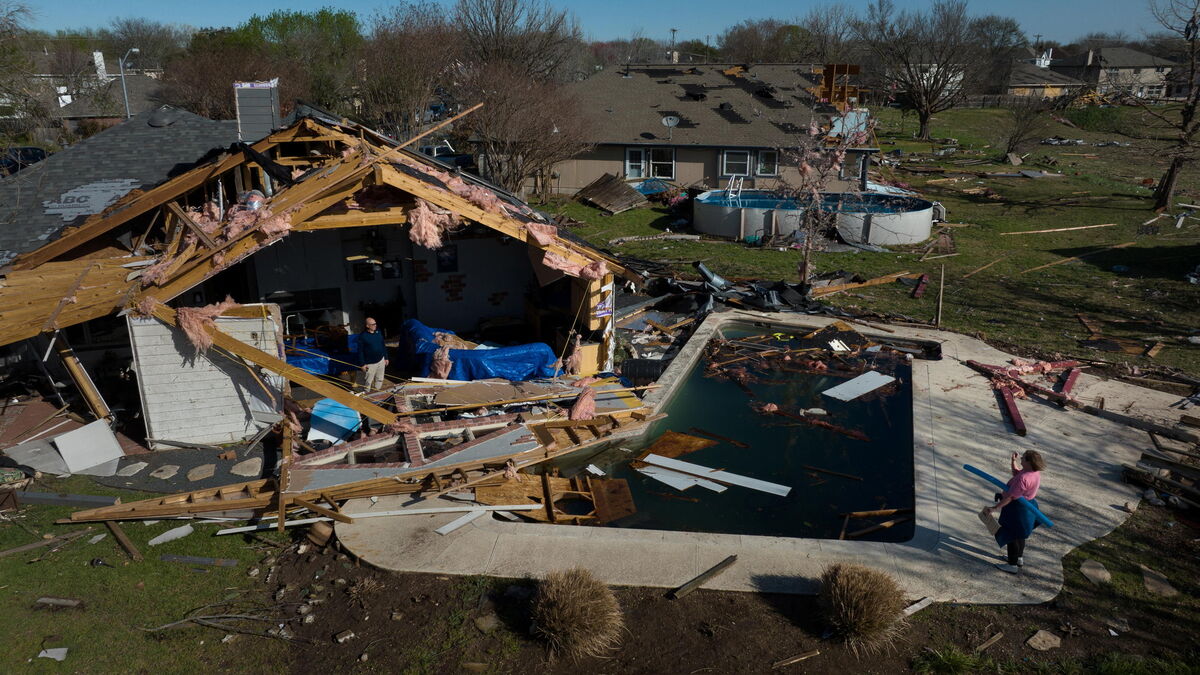 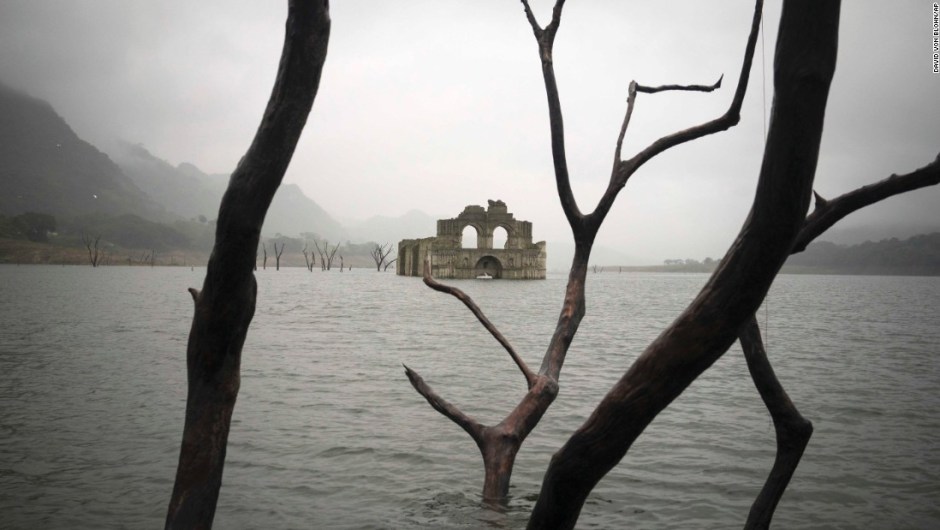 5 places that emerged due to droughts: how extreme weather reveals vestiges of past lives 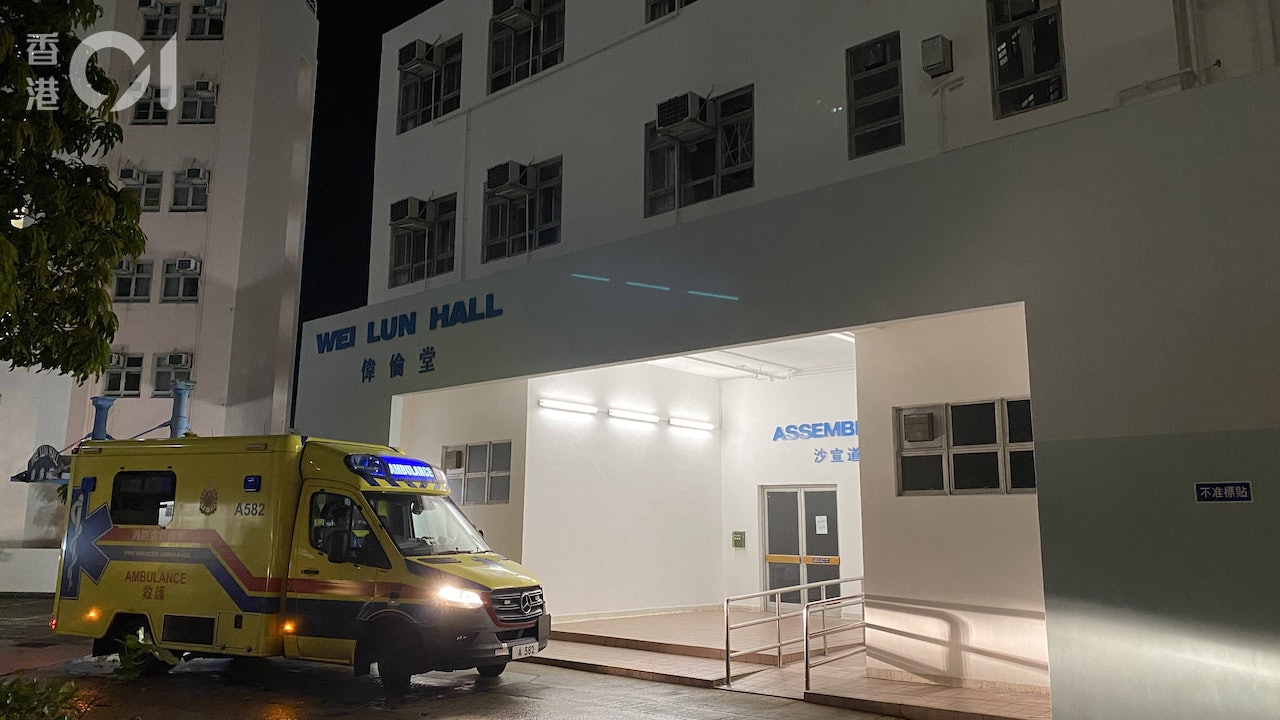 Israel's champions in the struggles: the regional council that stands at the forefront of the war over the agricultural areas in the center Israel today
2022-08-08T05:43:29.543Z

Travel with peace of mind and apply the red and yellow codes for the time being only for inbound travelers and not extended to close contacts
2022-08-08T05:43:22.830Z

The female policewoman on vacation was involved in stealing more than 500 yuan of food including avocado scallops from Taoda DONKI, which will be reported in September
2022-08-08T05:37:29.936Z

The copying and its pay: what is the proportion of students suspected of copying in the matriculation, and is it worthwhile to appeal? | Israel today
2022-08-08T05:19:29.337Z

Automotive: Renault will transform its thermal utilities into electric thanks to Phoenix Mobility
2022-08-08T05:01:40.604Z

The principal advocates that 90% of the primary school vaccination rate can be considered full-time face-to-face schools. It is difficult to hire teachers
2022-08-08T05:01:22.029Z

Typhoon | The Observatory will hang the No. 1 typhoon signal as soon as tomorrow morning, squally thunderstorms will hit Hong Kong and the rain will continue until next week
2022-08-08T04:43:21.863Z

The IDF concluded the operation; a situation assessment will be conducted regarding the return to normality in the Gaza Strip | Israel Today
2022-08-08T04:37:42.183Z