The report published Wednesday after four years of investigation into state corruption in South Africa, mounted by ex-president Jacob Zuma and a... 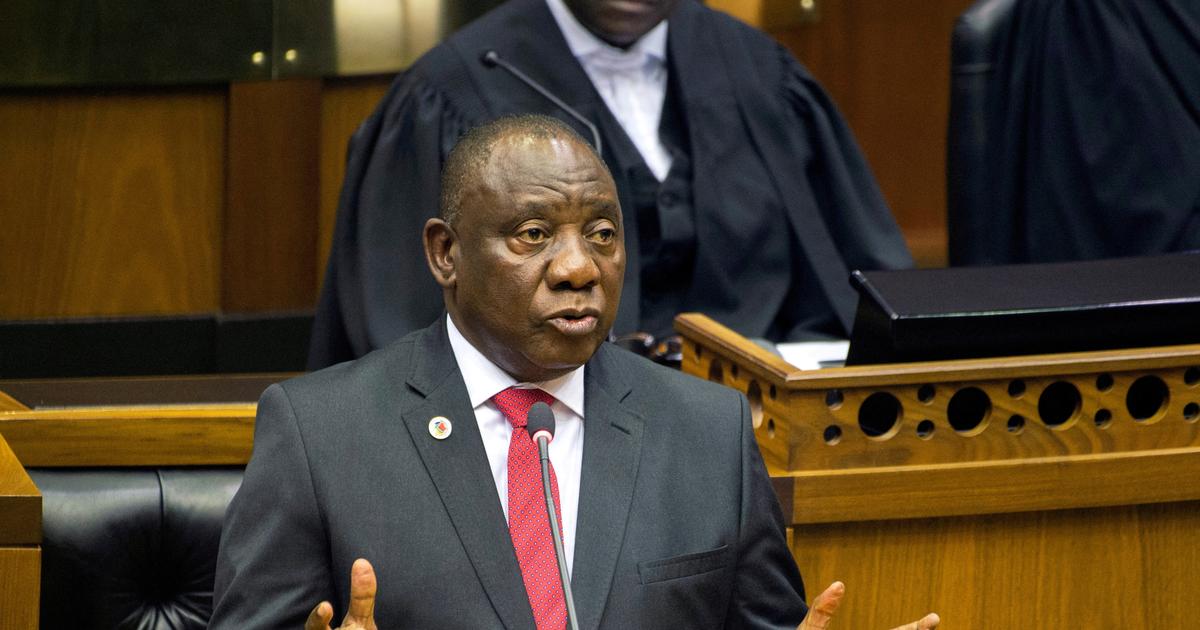 The report published Wednesday after four years of investigation into state corruption in South Africa, mounted by ex-president Jacob Zuma and a sulphurous sibling of businessmen, suggests that his successor Cyril Ramaphosa would have been able to act against these misdeeds as vice-president.

After 400 days of hearings, more than 300 witnesses and the examination of hundreds of incriminating documents which led to the questioning of nearly 1,500 people by an ad hoc commission, chaired by Judge Raymond Zondo, the finding, which spans 5,000 pages, is overwhelming.

Read alsoSouth Africa: a “difficult battle” won with the lifting of patents on anti-Covid vaccines

The +state capture+ was a real attack on our democracy, it violated the rights of every man and woman in this country

,” President Ramaphosa said during the official presentation of the report in Pretoria, employing the term used in the country to designate the years of rampant corruption.

He had estimated the amounts embezzled at the equivalent of more than 30 billion euros.

But the current head of state is himself on the grill for alleged passivity.

", according to the report.

The attitude of the current president pointed

Could he have acted against this corruption?

Surely there was enough credible information in the public domain (...) to prompt him to at least investigate and perhaps act on a number of serious allegations

as vice-president, he certainly had the responsibility to do so

The person concerned, who has sworn to eradicate corruption by succeeding Jacob Zuma and will announce in Parliament in four months the opening of possible prosecutions, did not react immediately to the content of the report nor a fortiori to the passages aiming at it.

Since January and the submission of the first of six chapters, Judge Zondo has demonstrated, as new parts of the investigation are published, how Jacob Zuma, described as "

" of the sulphurous trio of businessmen of Indian origin , the Guptas, siphoned off the state coffers.

The affair which has kept South Africans in suspense for several years with river hearings broadcast live on television, must now go to the judicial stage.

The commission has an advisory role but its conclusions can be forwarded to the public prosecutor's office.

Judge Zondo has already recommended the opening of legal proceedings against more than 130 people, including several former ministers.

Jacob Zuma, 80, is now on medical parole, sentenced to 15 months in prison for stubbornly refusing to testify before the commission of inquiry.

His incarceration in July sparked an unprecedented wave of riots that left more than 350 people dead.

The final presentation of the report comes a few weeks after the arrest of two of the Gupta brothers, at the heart of the scandal.

Atul and Rajesh Gupta, targeted by an international arrest warrant from Interpol, were arrested in early June in Dubai.

The news caused a jolt in a South Africa benumbed by a disillusionment with the institutions, a justice deemed ineffective and a police deemed corrupt.

An extradition request is pending.

The wealthy family is accused of having infiltrated the top of the state thanks to its long friendship with Jacob Zuma: influence on the choice of ministers, pressure to pocket public contracts, looting of public companies (electricity, transport, aviation), before fleeing.

Getting the two arrested suspects to appear in South African justice would be a blast for Cyril Ramaphosa, in turmoil after recent corruption charges.

The head of state, who is seeking an investiture to run for a new presidential term in 2024, is the subject of a complaint filed in early June.

Former South African intelligence chief Arthur Fraser accuses him of concealing from the police and the tax authorities a 2020 burglary at one of his properties, during which large sums of cash, concealed in furniture, according to him were stolen.

At the head of a personal fortune, Cyril Ramaphosa, heckled during a recent appearance in Parliament, admitted that a sum had been stolen from him, while explaining that the money was drawn from the sale of animals of his farm north of Johannesburg.

The opposition is demanding that he withdraw to make way for an investigation. 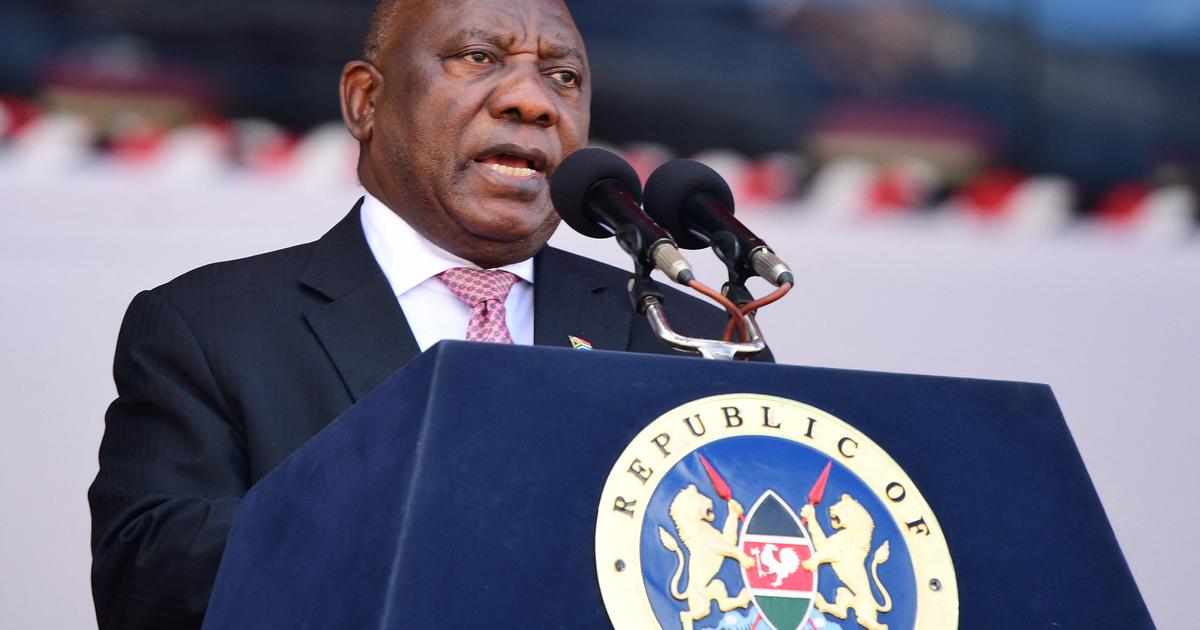 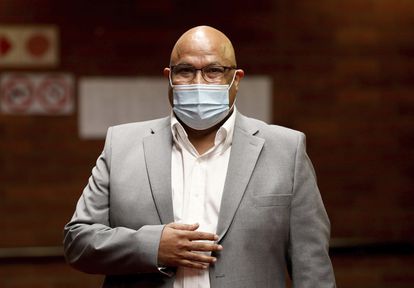 A scandal with spies, a luxury farm and a millionaire robbery surround the president of South Africa 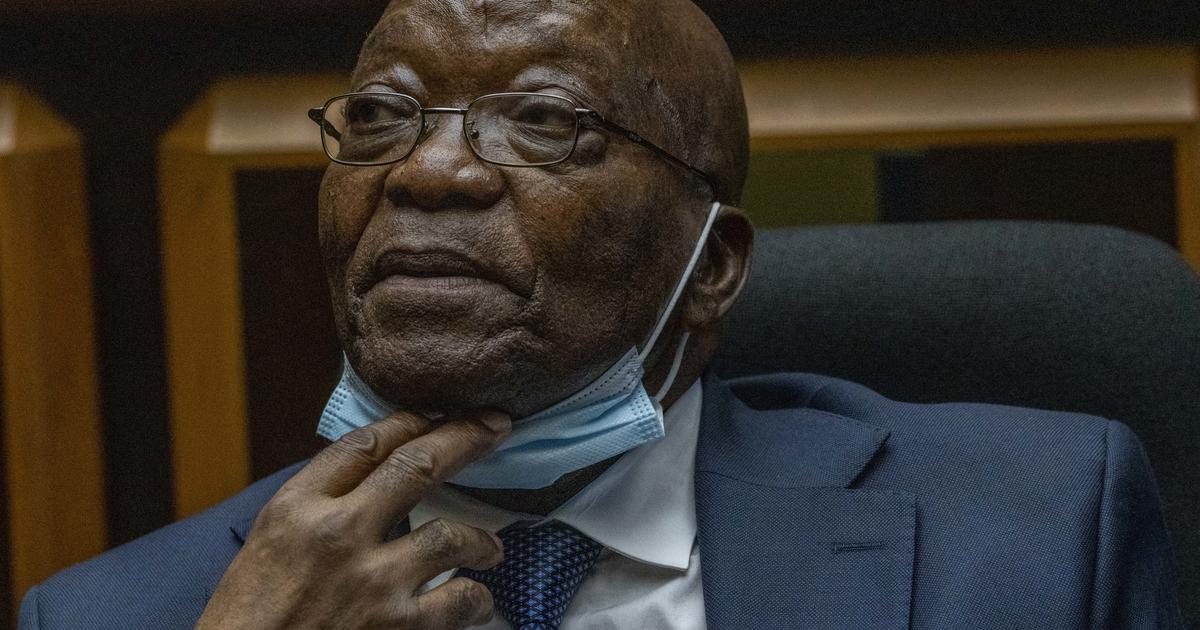 South Africa: new part of a damning report on state corruption during the Zuma era 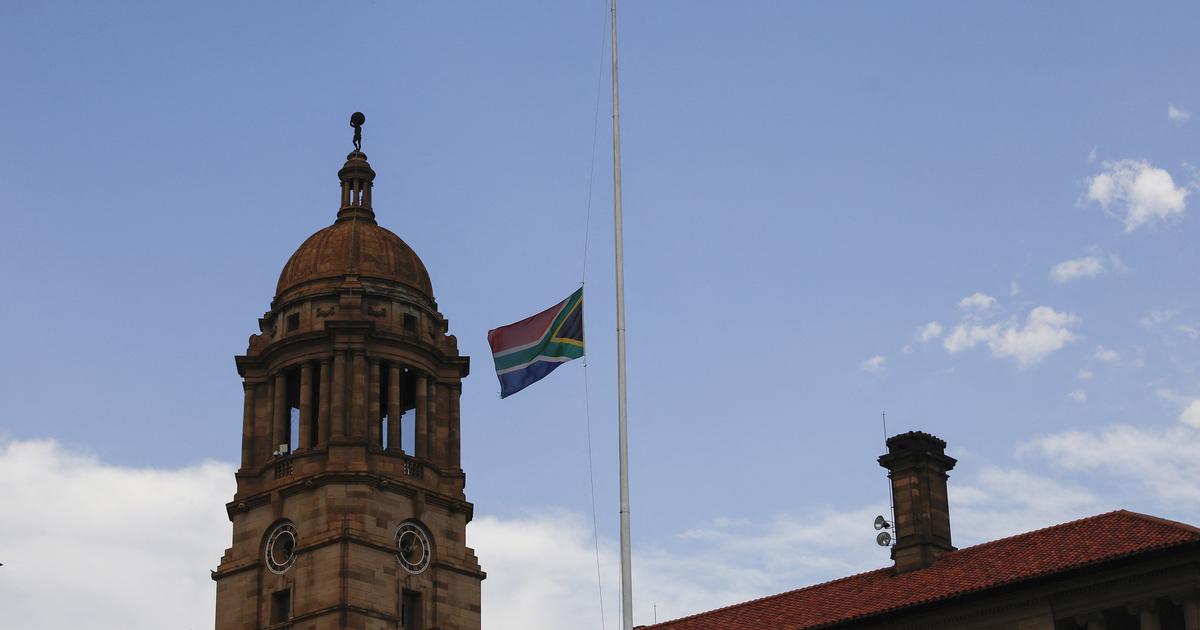 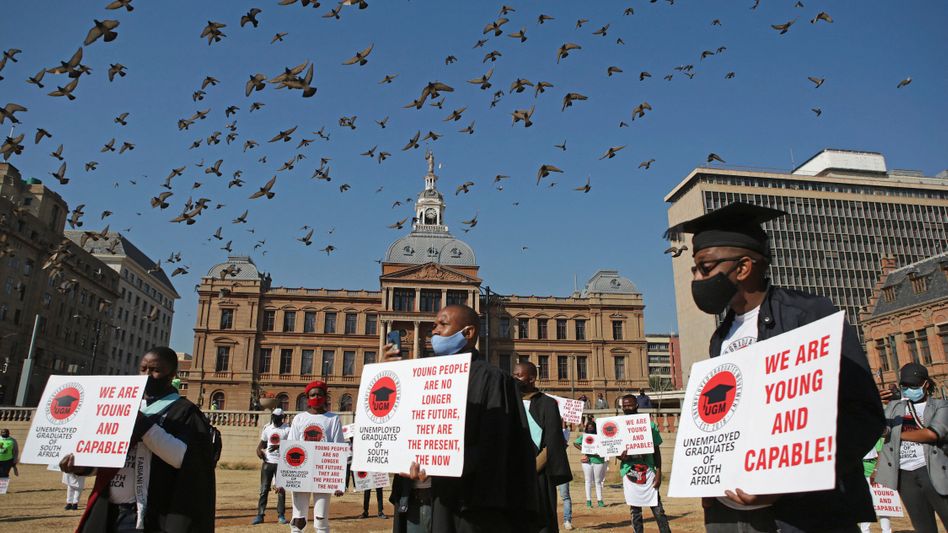 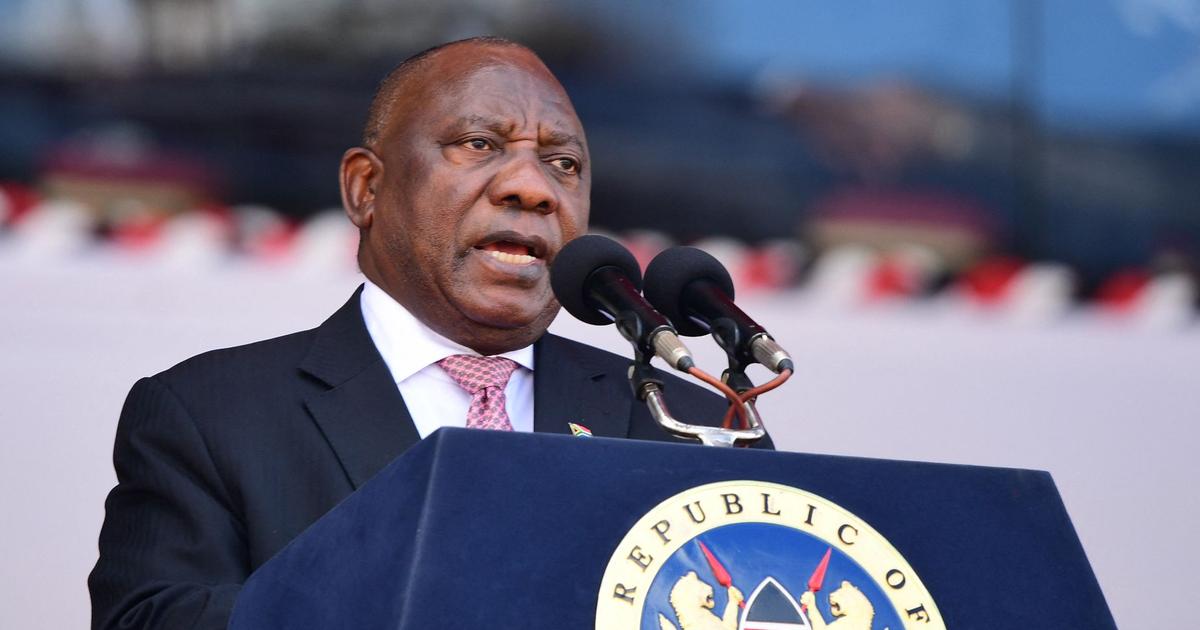 South Africa: President Ramaphosa, booed on May 1, recognizes a "loss of confidence" 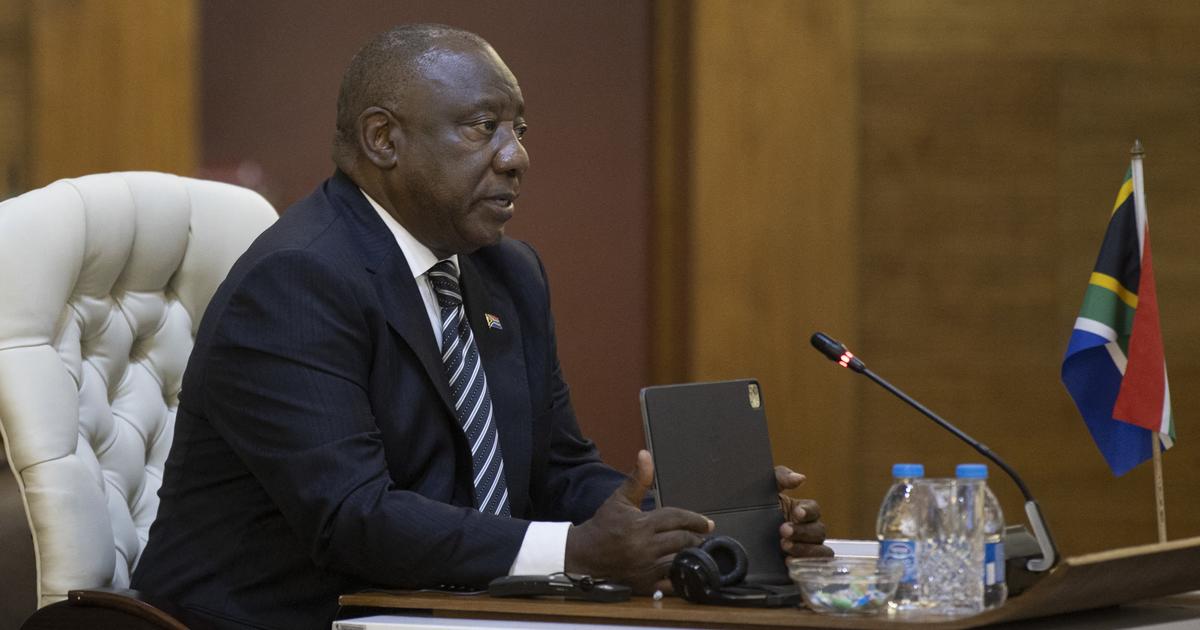 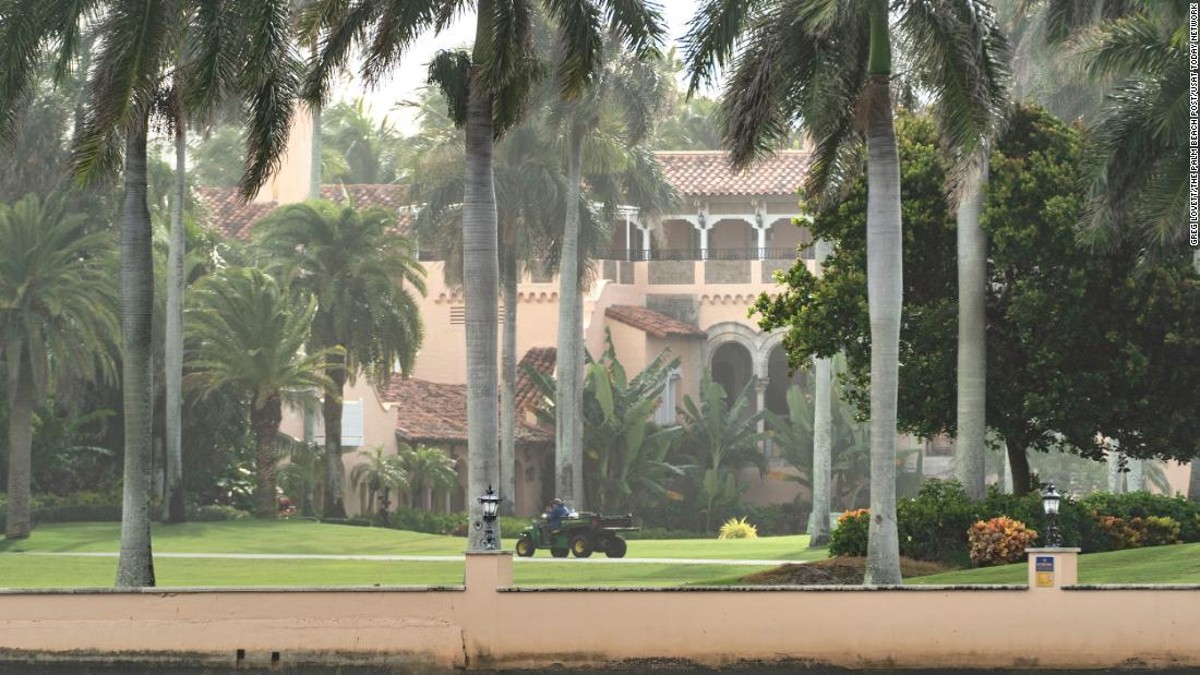