The former minister, in the 'Kitchen commission' of Congress: “Why do I dare to say that you will not hear any recording of me with Mr. Villarejo? Because he couldn't have her." 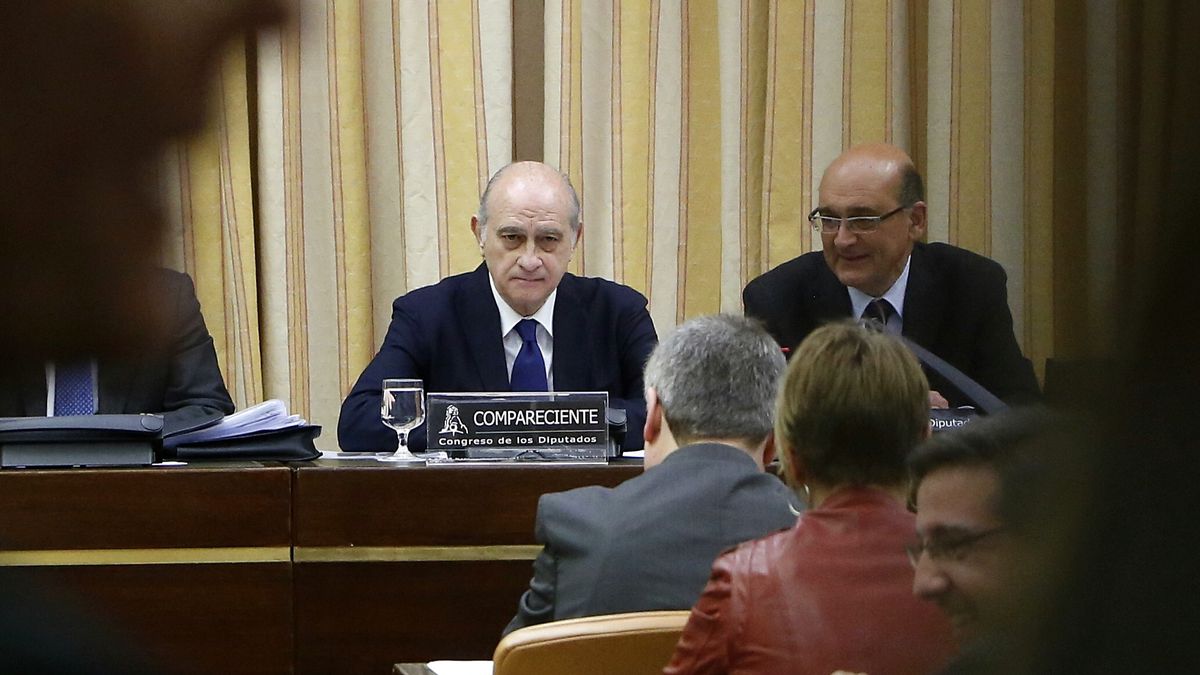 Jorge Fernández Díaz, Minister of the Interior in the Government of Mariano Rajoy (PP), has maintained for years that he never spoke with the retired commissioner José Manuel Villarejo and that he barely exchanged a few words with him during his career in the Executive.

He has repeated this in interviews in the press, in investigative commissions of Congress and in the National Court.

“I, in five years, have not had a single relationship [with him],” Manuel García-Castellón, an instructor in the Kitchen case

However, the audio revealed this Wednesday by EL PAÍS, where both exchange details about what was baptized as Operation Catalonia, debunks the version that the former popular leader has maintained for more than five years.

The former minister directed the operation against the Pujol: "I will deny, even under torture, that this meeting has existed"

According to what is heard in the recording - which includes a meeting of about 15 minutes allegedly held in December 2012 between the then Minister of the Interior, Villarejo and Eugenio Pino, the highest operational command of the Police - Fernández Díaz talks with his interlocutors about the possible measures that can be promoted to denounce Catalan pro-independence leaders for corruption.

This talk occurred just when the patriotic police

, a group of agents who dedicated themselves to looking for dirty rags from political opponents of the PP to filter them to certain media or prosecute them, according to a parliamentary investigation commission.

In some cases, with supposed tests fabricated

These 15 minutes of conversation, where Fernández Díaz also insists to the commissioners that it should never be known that they have met, inflict a severe blow on the former minister.

His word is totally in question.

As several deputies have already pointed out, the popular politician lied to the judge and to Congress.

Precisely, on this last point, Jon Iñarritu, parliamentarian of EH Bildu, who recalled this Tuesday that the Penal Code punishes those who "lack the truth" in an investigation commission with sentences of six months to one year in prison.

Of course, the newspaper library is devastating for Fernández Díaz, who held the Interior portfolio from 2011 to 2016. In April 2017, in a first investigation commission opened by suspicions of police corruption in the ministry during his time, he assured the deputies: “I am going to say one thing clearly.

In the almost five years that I have served as Minister of the Interior, I have never dispatched anything with Mr. Villarejo”.

He recovered that thesis in December 2021, when he declared in another second investigation commission, this time focused on the

, the espionage operation on former popular treasurer Luis Bárcenas to seize compromising documentation for high-ranking PP officials, for which the minister is processed.

“Now we know that, apparently, Commissioner Villarejo recorded everyone”, he started when asked by a deputy from his own party, before adding: “Why do I dare to say that you will not hear any recording mine with Mr. Villarejo?

Because there could not be, because I have never dispatched, nor have we been talking more than twice.

Therefore, when I have seen in the newspapers that he has made reference to the fact that he had dispatched with me, I say that this is a lie”.

That version was the same one that he maintained before Judge García-Castellón in October 2020, when he declared as accused by Kitchen —a condition that, according to the law, allows him to lie to defend himself—.

The judge asked about the "relationships" that he had had with Villarejo.

“I will tell you, Your Honor.

I, with Mr. Villarejo, thank God, in five years I have not had a single relationship with him.

And if I have to be more precise, I have had occasion to greet him circumstantially on two occasions”.

According to the former minister in the National High Court, he was found for the first time almost a decade ago.

“I remember perfectly, in 2012, that I left the ministry, went down the stairs... And I remember that I had to give something or say something to my cabinet director, who was Paco Martínez.

I knocked on his door, I went in and he was with a person.

They both got up immediately.

And he told me: 'No, no... Look, Minister, I present to you Commissioner Villarejo.'

The second, as he told the instructor, was in June 2016, at a meal for Pino's retirement: “Before lunch, I went to say hello and a man told me: 'Commissioner Villarejo, delighted'.

That has been all my contact in five years.”

At least, there was a third date, according to the audio revealed by EL PAÍS. 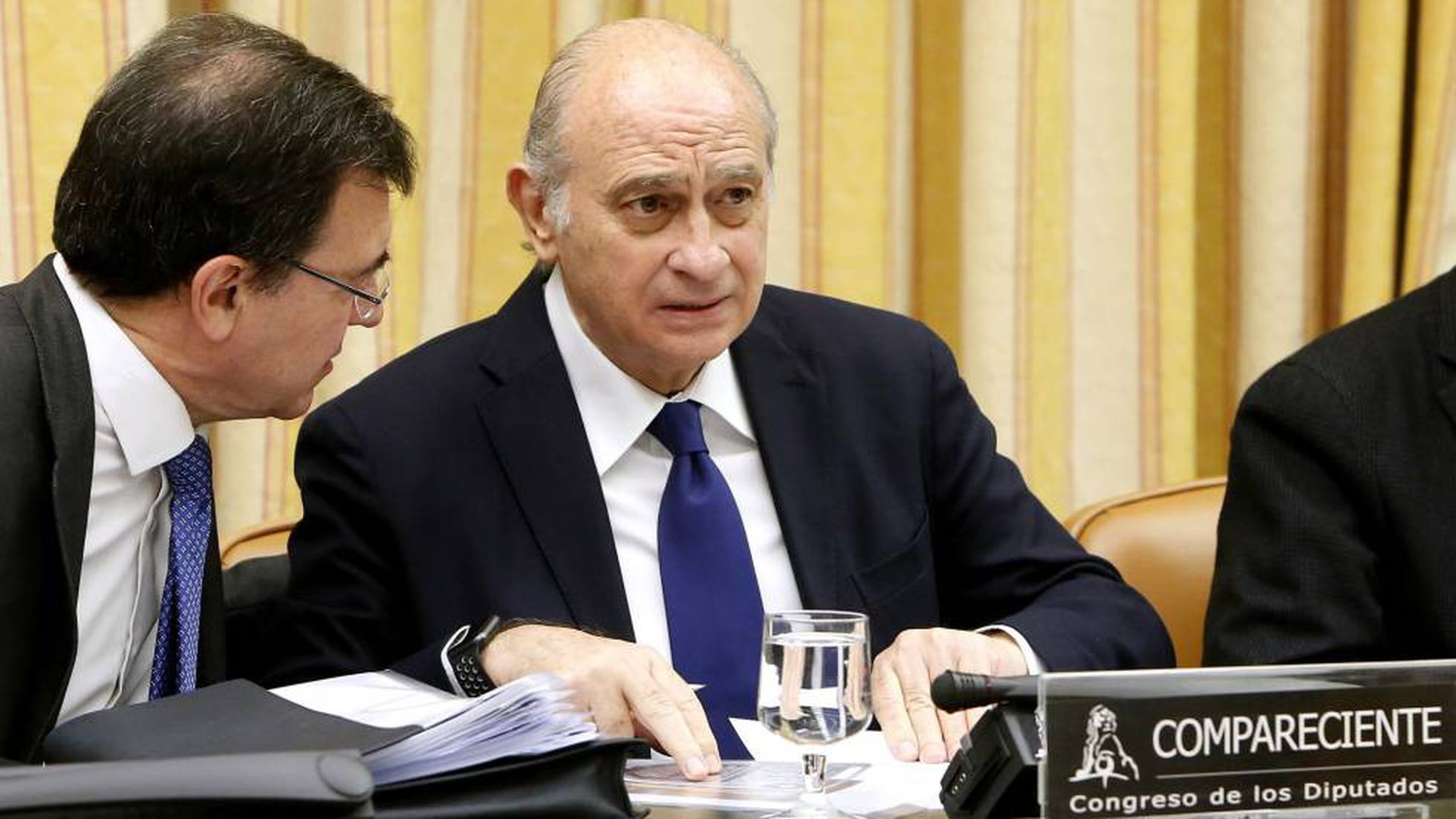 Villarejo to the 'number 2' of Interior: "I have proof that you are all in this move" 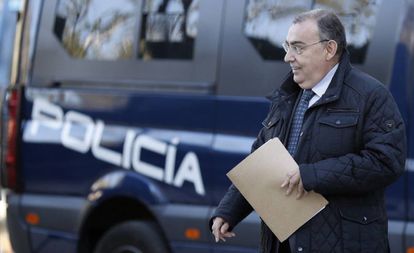 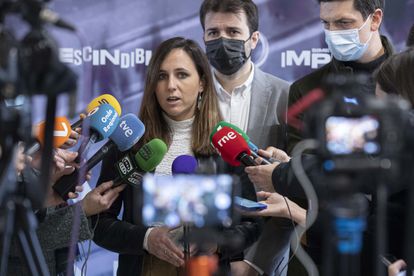 Podemos asks to incorporate the 'corruption audios' into the 'Villarejo case' 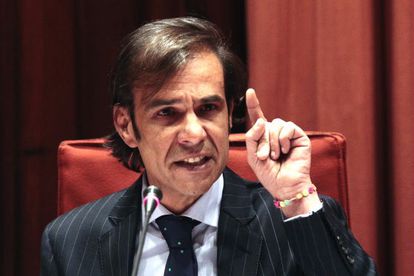 Francisco Marco, a detective in all sauces