Food and Health Secretary Chen Zhaoshi is about to resign. Yesterday (22nd), he also choked up many times when he saw reporters, but he did not respond to whether the government was ineffective in fighting the epidemic, whether he was personally responsible for the fifth wave of the epidemic, and whether he would apologize to the public. 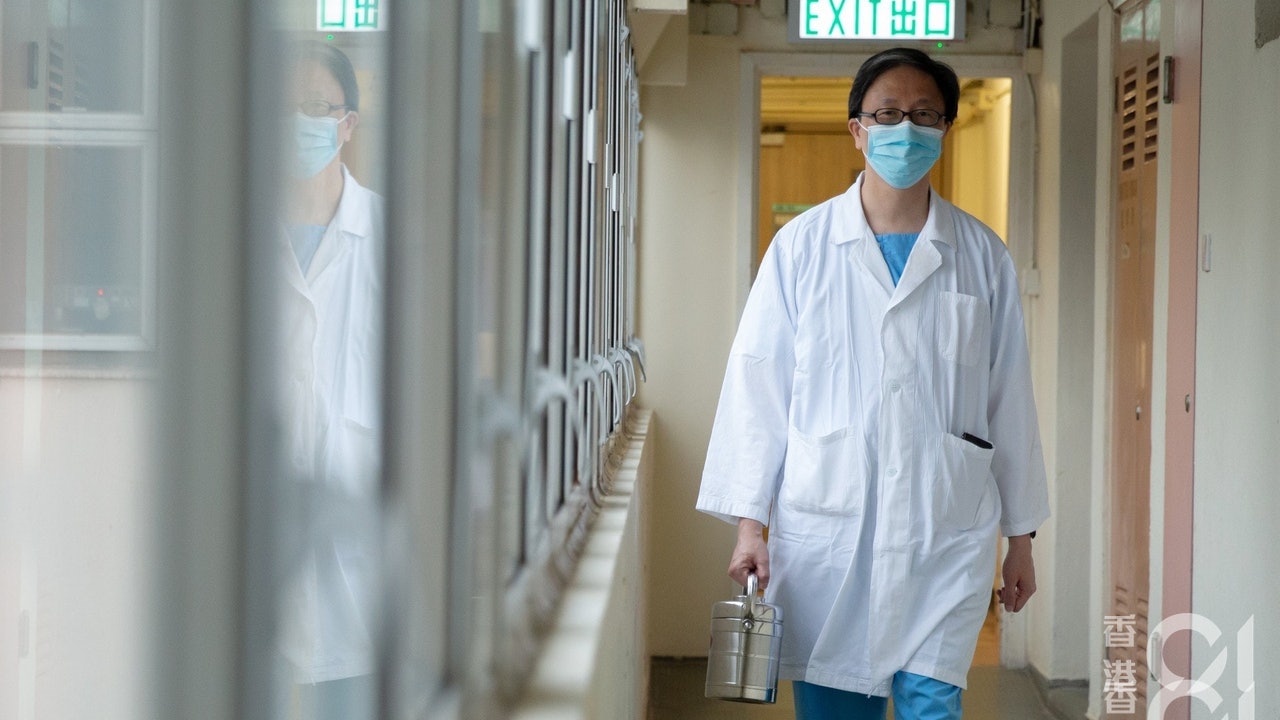 Food and Health Secretary Chen Zhaoshi is about to resign. Yesterday (22nd), he also choked up many times when he saw reporters, but he did not respond to questions such as whether the government was ineffective in fighting the epidemic, whether he was personally responsible for the fifth wave of the epidemic, and whether he would apologize to the public. .

Ho Pak-leung, director of the Center for Infection and Infectious Diseases of the University of Hong Kong, commented on the current government's anti-epidemic performance. He believed that Chen Zhaoshi was a nurse, and he was slow and ineffective in grasping epidemic information and command, resulting in heavy casualties during the fifth wave of the epidemic.

Regarding the outgoing Chen Zhaoshi's performance, He Bailiang believes that in the face of a once-in-a-century epidemic, doctors around the world are often the leading figures, while in Hong Kong, a nurse is the head coach. The words that are often seen in the comments of the general public and parliamentarians are slowness, inadequacy and omission."

He believed that Chen Zhaoshi had "worked hard", but the public was dissatisfied with the results. In the days when the community was basically "cleared" in the fourth wave to the fifth wave, there was no preparation and promotion of vaccination, resulting in heavy casualties in the fifth wave. , brought a painful lesson. I believe that the public will not let go in a short period of time. I hope that the Chief Executive Carrie Lam or Chen Zhaoshi will clearly apologize to the public before leaving office, such as setting up a memorial for the deceased, so that the government and the public will always remember this lesson.

It means that Macau has more preparation than Hong Kong

The epidemic in Macau has heated up, with a total of 71 confirmed cases. Today, the second round of nationwide nucleic acid testing is implemented.

He Bailiang said that Macao adopts a zero-tolerance attitude in epidemic prevention measures, and has more preparation efforts than Hong Kong. At the same time, it adopts nucleic acid and rapid testing plans, so that it will not be caught off guard by the changes in the epidemic. Distributing regional information is far superior to Hong Kong.”

He believes that after July 1, Hong Kong should not turn back, but should move forward bravely and follow the direction of normalcy, describing July to September as a very critical time.

Ho Pak Leung, director of the Centre for Infection and Infectious Diseases at the University of Hong Kong.

In terms of vaccination, children aged 3 to 5 can be vaccinated with Sinovac vaccine, but there are not many clinical data, but He thinks that he can refer to the latest article published by Chile in the academic journal "Natural Medicine", pointing out that during the local outbreak of Omicron, the Young children in the age group were given two injections of Kexing, 28 days apart. After examining the protective effect of more than one month after the two injections, it was found that among the 500,000 children, about 12,000 were infected, and it was found that the effect of preventing hospital admission was 65%. The effectiveness of preventive treatment in the intensive care unit is 69%, reflecting that the effect of preventing severe illness is quite good. Therefore, it is suggested that parents can safely let children aged 3 to 5 vaccinate the three-injection Kexing vaccine, but the relevant clinical data of Fubitai is relatively small.

Epidemic | He Pak-leung points out that the quarantine arrangements for those invited to the July 1st event will be relaxed, expects the Macau epidemic to be under control in the short term, three months from the fifth wave peak, and the epidemic rebounds due to the drop of antibodies He Bailiang: The injection rate is 80%, the risk of severe illness is not high. 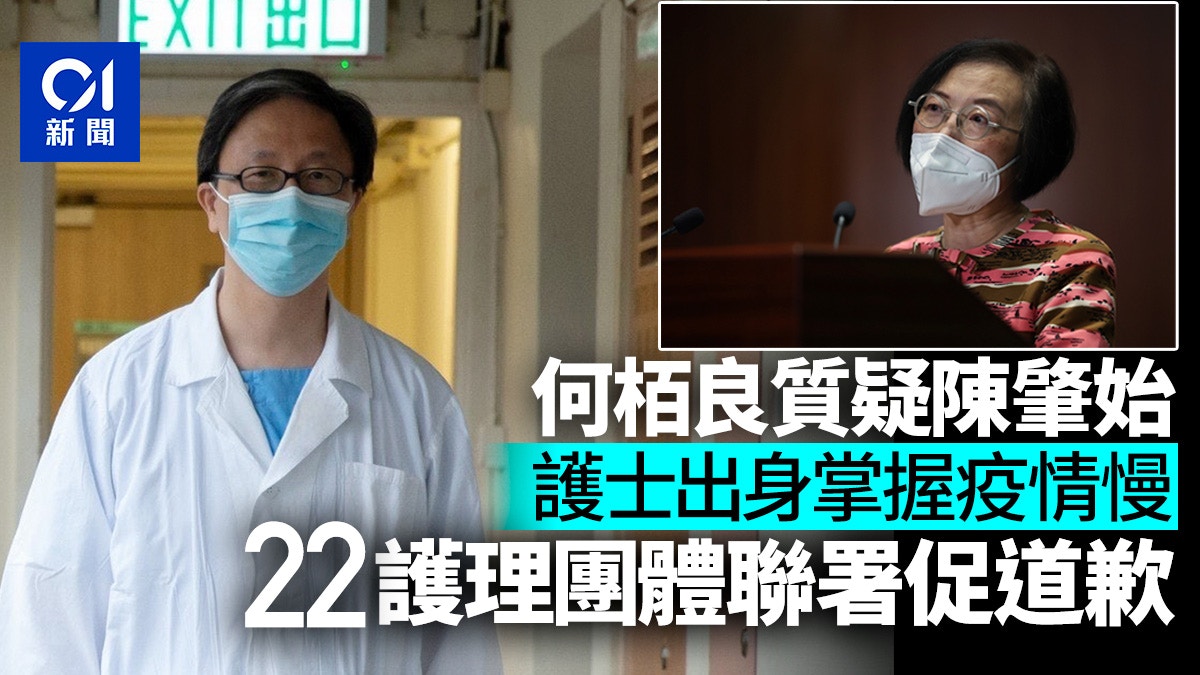 He Bailiang pointed out that Chen Zhaoshi's background and knowledge of the epidemic were not in place. 22 nursing groups jointly signed an apology 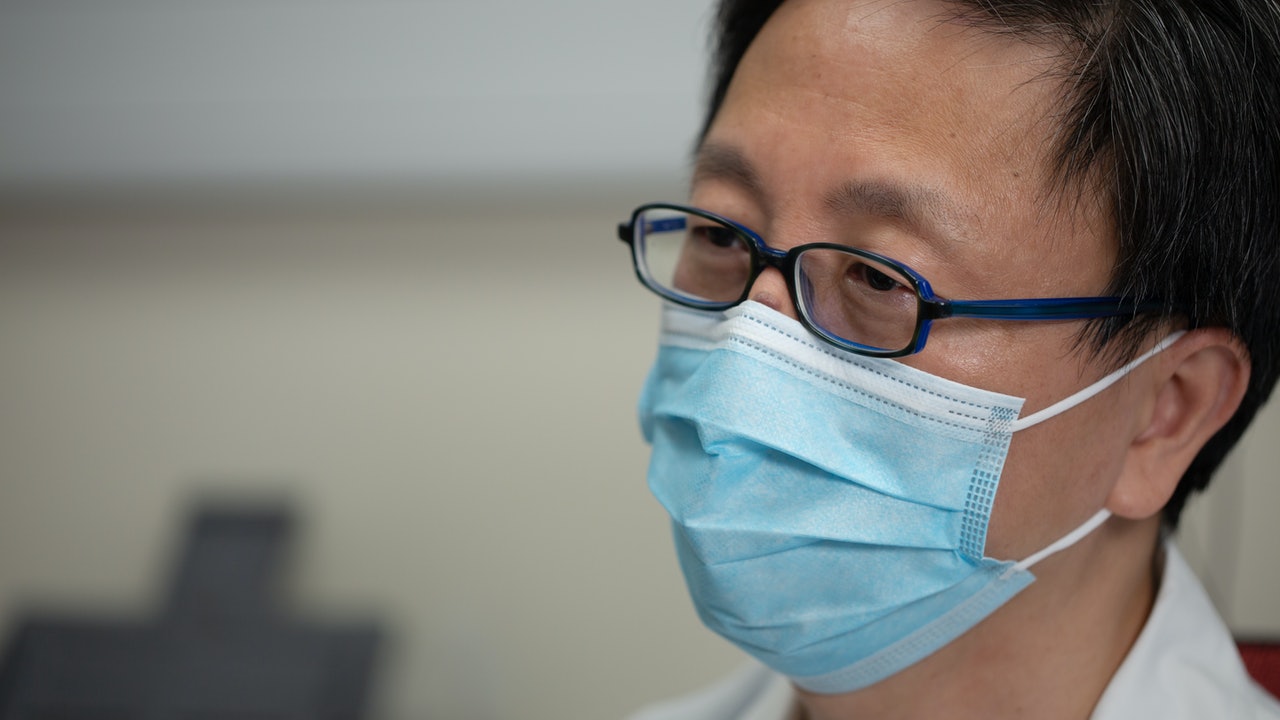 He Boliang retracted Chen Zhaoshi's remarks about his origin as a nurse: he did not link the nursing profession with government performance 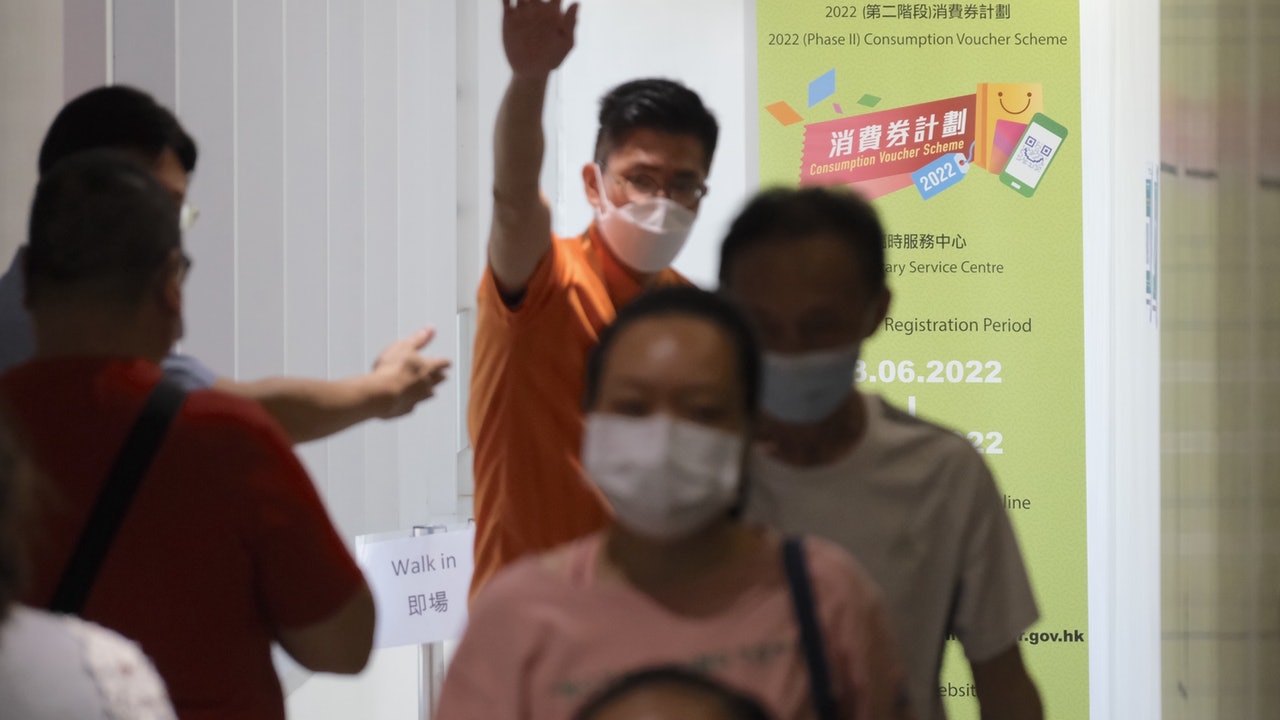 epidemic. The latest ︱The second phase of consumer coupons can be applied for transfer to the second round of national testing of the Macao Exhibition

epidemic. The latest ︱The number of confirmed cases in Macau soared to 110 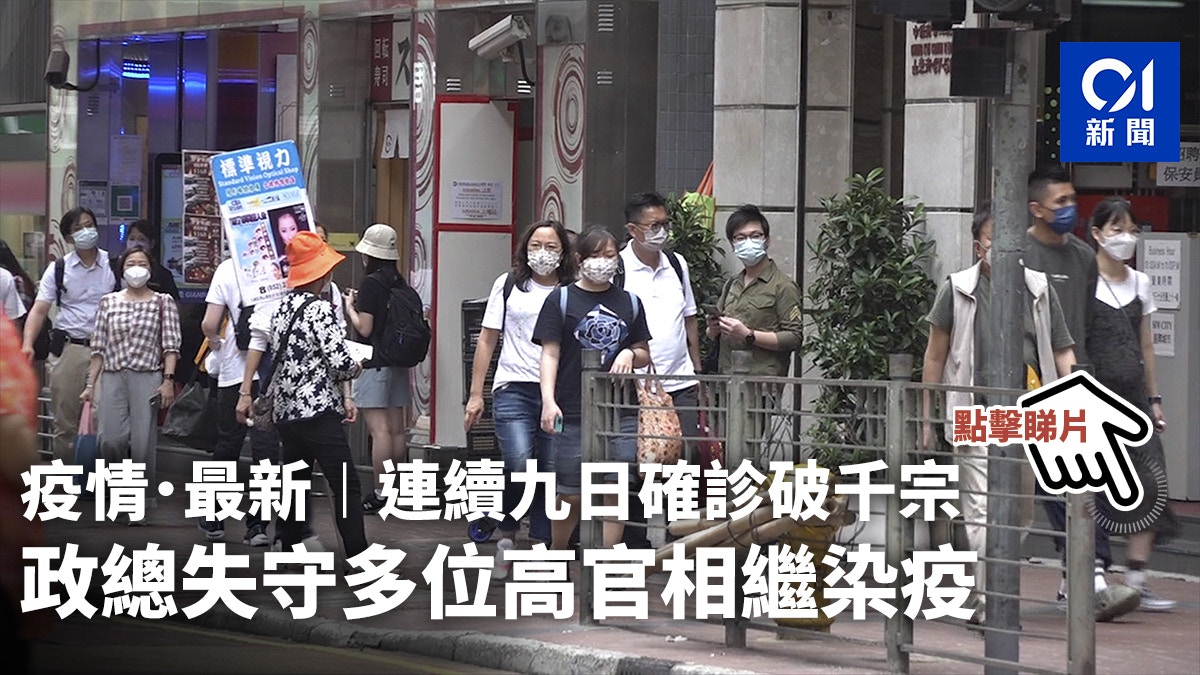 epidemic. The latest ︱The number of positive cases in Macau has increased to 149. The authorities have followed up more than 5,000 people 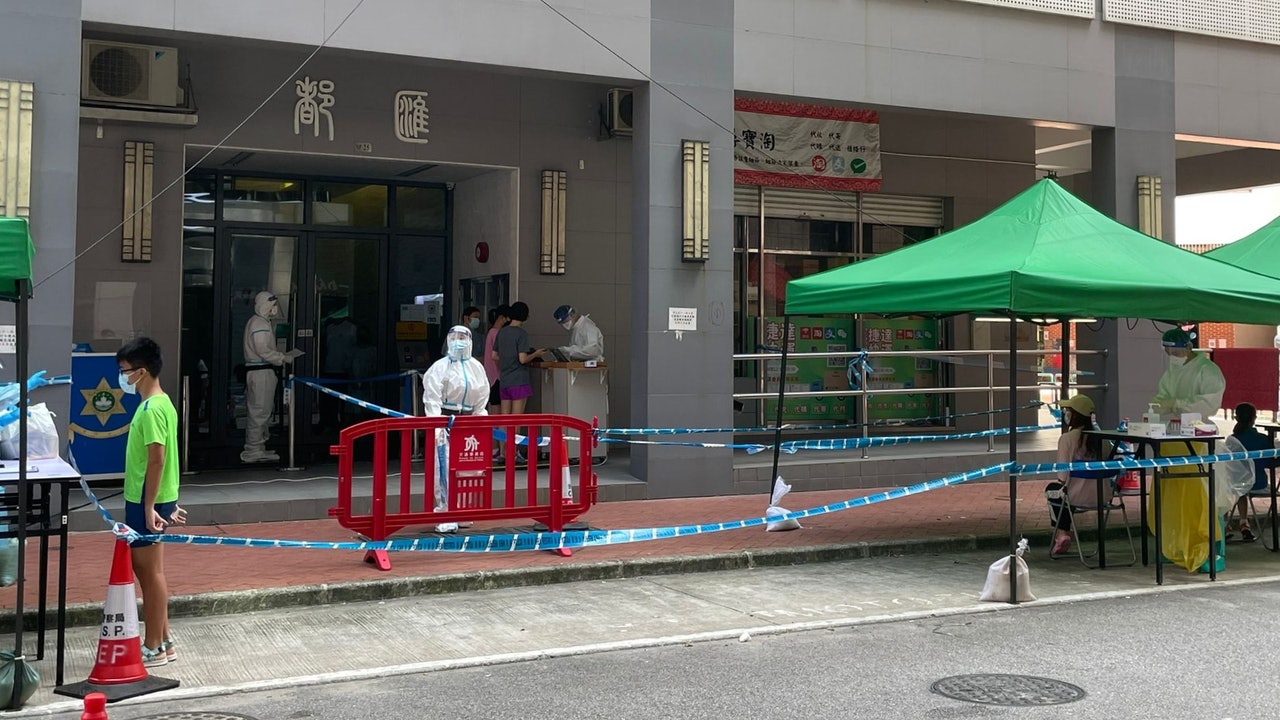 epidemic. The latest︱He Yicheng: The virus strain is BA.5.1 epidemic in the United Kingdom and the United States, not imported from the mainland