Summit on Ukraine accession: Barley rejects accelerated process and calls for EU prospects for the Western Balkans Created: 06/23/2022, 12:56 p.m By: Anna-Katharina Ahnefeld Katarina Barley, Vice-President of the EU Parliament, advocates Ukraine as a candidate country. In the IPPEN.MEDIA interview, however, she warns against losing the Western Balkans along the way. Brussels – Will Ukraine bec 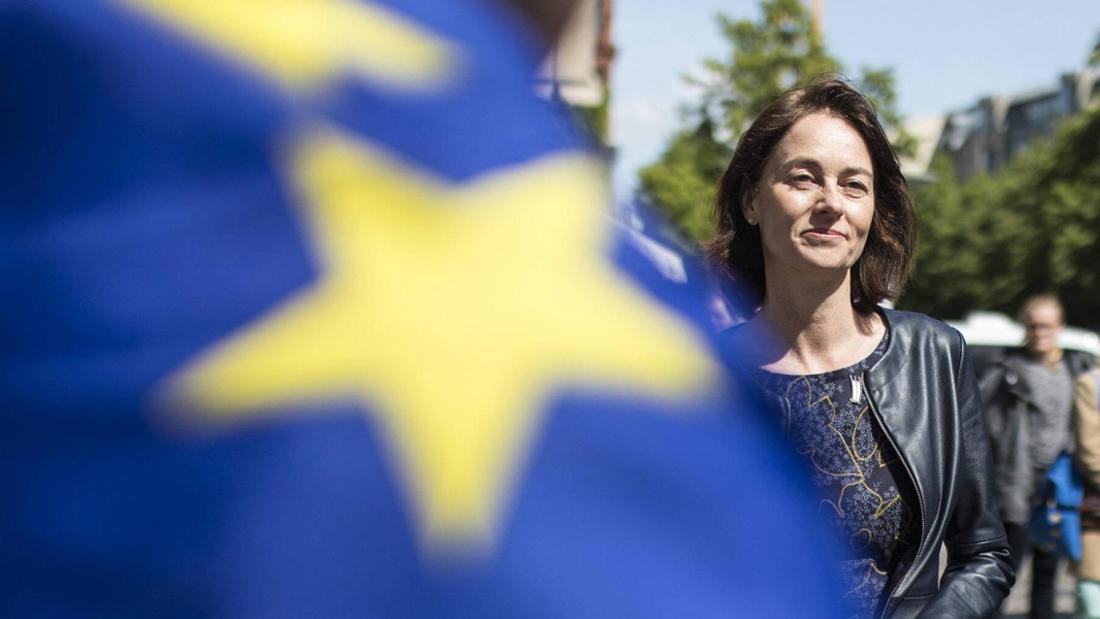 Katarina Barley, Vice-President of the EU Parliament, advocates Ukraine as a candidate country.

In the IPPEN.MEDIA interview, however, she warns against losing the Western Balkans along the way.

Brussels – Will Ukraine become a candidate for accession to the European Union?

The European Commission opened the floodgates last week when it raised its hand for the war-torn country and the Republic of Moldova.

The Ukrainian President was enthusiastic.

Ukraine deserves to be given this status, Volodymyr Zelenskyy said in a video message.

Russia is "very nervous" about Ukraine's aspirations to join the EU.

In an interview with IPPEN.MEDIA, European politician Katarina Barley (SPD), Vice-President of the European Parliament, also advocates Ukraine as an EU candidate.

The decision on this is likely to be made at the EU summit on June 23rd and 24th in Brussels, when the European Council and thus the 27 heads of state and government of the member states meet.

And it could be historical.

Never before has EU candidate status been granted to a country in the middle of a war.

Europolitician Katarina Barley (SPD) in the IPPEN.MEDIA interview: The Vice-President of the EU Parliament speaks out in favor of Ukraine as a candidate for accession - but warns against an accelerated process.

Nevertheless: A Pyrrhic victory, because the fact is that the escalating Ukraine conflict brought the short-term discussion about candidate status to the table in the first place.

Before the war broke out, Kyiv was far from being considered as a possible EU member state.

And candidate status does not lead directly to Brussels, countries like Macedonia, Serbia and Turkey know that, but often ends in a dead end.

Nevertheless, the symbolism is important, as Katarina Barley emphasizes in an interview with IPPEN.MEDIA - but she warns against losing sight of the Western Balkans.

Chances are good that Ukraine will become a candidate for EU membership: does that surprise you?

Katarina Barley: Ukraine belongs to Europe, it belongs to the European Union.

There is no doubt about that.

The candidate status means little in legal terms, but it is a symbol.

During the visit of the four European heads of state and government to Kyiv, President Volodymyr Zelenskyy expressed how important this is for Ukraine.

It is right that the European Union is sending this signal.

There were concerns from individual member states in advance, but since the trip to Kyiv by Olaf Scholz, Emmanuel Macron, Mario Draghi and Klaus Johannis there has been little resistance to this decision.

So we're talking about a symbolic act. But how much does this perspective really help war-torn Ukraine at the moment?

It's a clear statement to signal: We're not just saying that now and when the war is over we'll have forgotten it, but we're going to start a process with you.

Many changes will come to Ukraine.

But it is the start of the whole process.

This is linked to strong support for Ukraine on this path.

These steps could also have been taken without candidate status, Ukraine has been supported for many years, especially by Germany, but also by all of Europe, but now this is happening as part of an accession process.

Doesn't the EU run the risk of Ukraine expecting a quick procedure leading up to EU membership, which is neither possible nor desirable?

We have the Copenhagen Criteria, our admission criteria, which consists of three categories.

Political, i.e. rule of law and democracy, economic and the so-called acquis.

One's own laws have to be brought as close as possible to the European Union so that European law can also be enforced.

Ukraine is still a long way from that.

Most member states agree that Ukraine must meet these criteria before it can join.

And that will take a very long time.

A whole series of politicians have meanwhile emphasized this.

Let's take a closer look at the journey of Olaf Scholz, Emmanuel Macron, Mario Dragi and Romanian President Klaus Johannis: Are you surprised that the heads of government of the three largest EU countries have raised hopes of EU membership?

I've known Olaf Scholz for a long time and it was clear to me that he wasn't just going to Kyiv, but that he had something to bring with him.

He did that together with others.

The fact that the Romanian head of state Klaus Johannis was there is of great importance.

Attempts are currently being made in Eastern Europe, especially by the Hungarian and Polish governments, to establish the narrative that there is a division between West and East.

It is therefore an important sign that the Romanian President was present.

Can you elaborate on this meaning?

The EU countries have different starting positions and interests when it comes to accession issues.

We have those who put in more financially than is paid out to them.

And then we have countries like Romania, which are currently benefiting greatly from European grants.

Ukraine is a large country and would be the fifth largest state in the European Union.

Accession would thus lead to a postponement, with repercussions for countries like Romania.

That is why it is important to send the signal that Central, Southern and Eastern Europe agree on Ukraine's EU membership candidacy.

Barley calls for EU prospects for the Western Balkans

Yes, that is a serious question.

That's why I'm so glad that Olaf Scholz visited the Western Balkans before his trip to Kyiv.

I think that is an important signal.

The countries there have been in the EU accession process since 2003.

They are making progress and have made very great efforts.

However, the reactions of the EU member states are often not sufficient.

At the moment, Bulgaria is blocking North Macedonia for nationalist reasons.

There is frustration there.

This is particularly evident in Serbia, which is actively turning back to Russia.

We have to be careful not to lose these countries along the way because they are disappointed.

That's why it was so important that Olaf Scholz made this trip and made it clear that the Western Balkans are also part of the process.

Apart from Olaf Scholz' trip to the Western Balkans: how do you manage not to lose these countries on the way, especially Serbia, which Russia and China are influencing?

One could initiate the next steps with the countries that have made great progress.

It would be very important for Bulgaria to give up its reticence towards North Macedonia.

North Macedonia even changed the name of the country!

You have to imagine what this country was willing to do to join the EU.

It would therefore be important for them to be given additional support now.

This can be political support, but also economic.

A clear signal that they are making progress in the EU accession process.

Coming back to Ukraine: what time horizon are we talking about, within which the country could become part of the EU?

As a point of reference: With Finland, which has always been very close to the EU in the Copenhagen criteria, it still took four years.

Turkey has been a candidate country since 1999 and is further away from the EU than it was two decades ago.

This is not a sure-fire success, it takes as long as it takes.

I also think that is correct.

At that time, Bulgaria and Romania were accepted into the EU with reservations, and nobody feels that this should be repeated.

What do you say to demands for accelerated EU accession of Ukraine?

I'm critical of that.

Using the example of Bulgaria and Romania, we have found that this does not work properly.

There are still many steps to be taken, especially in the case of Ukraine.

The point is: once a country is in the EU, it can no longer be excluded.

The treaties do not provide for this option.

We already have problems with countries that have already conformed to the Copenhagen criteria.

Poland and Hungary, for example.

In such a situation, bringing in a country that is still relatively far away in all three areas is not sustainable in my opinion.

That would certainly not be good for the EU.

This brings us back to the criticism of this symbolic act of candidate status, because it is clear that Ukraine will not become part of the EU in the foreseeable future.

You can have that criticism.

However, no promises have been made to President Volodymyr Zelenskyy that things will now go quickly.

The example of Turkey shows that this is not a sure-fire success.

The country has to do something about it.

In the case of Ukraine, the EU will provide much more support in terms of reconstruction.

This must be as ecologically sustainable as possible and go hand in hand with democratic change processes.

Doesn't the EU have to reform itself first and get rid of the paralyzing principle of unanimity before thinking about a new round of enlargement?

In fact, we have a chance to do that right now.

At the moment this process is on its way.

We had the conference on the future of Europe, at which 49 proposals were drawn up, most of which go in the direction of the need for reform.

So far, however, the will of the member states to implement them is still manageable.

But if you combine that and say, yes, we all want Ukraine to become a member, but in order to do that we have to reform ourselves, that could be a decisive nudge. 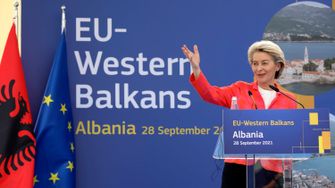 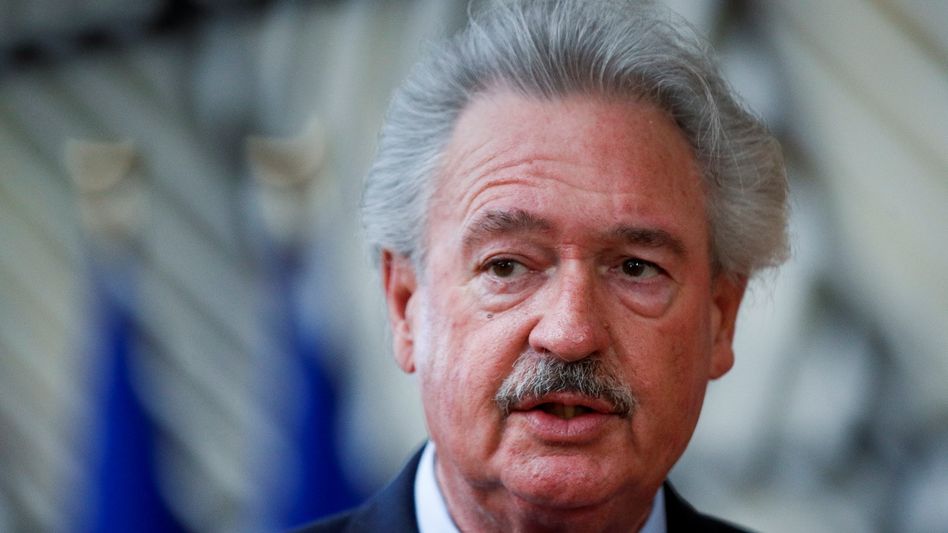