"She says she doesn't remember anything," explains Andrea Fuentes, who believes that the athlete was part of her unconscious routine: "She likes to reach the limit, but she has gone too far." Álvarez later told him: "I gave it my all!" And the coach replied: "You have to give everything but not your life!"

The quick reaction of the Spanish coach Andrea Fuentes prevented a tragedy at the world swimming championships in Budapest on Wednesday.

Fuentes, the coach of the United States team, watched as artistic swimmer Anita Álvarez, 25, sank motionless to the bottom of the pool during her routine in the free solo final.

She jumped into the pool fully clothed, swam to Alvarez, who had lost consciousness, hugged her and brought her to the surface, where another person helped her out of the pool.

"At that time I didn't think, I just told myself you have to get there as fast as you can, bring it to the surface and make it breathe," Andrea Fuentes explained to the Efe news agency.

“I saw that the lifeguards did not jump into the water, they were paralyzed.

I yelled at them from the other end to get into the water now,” Fuentes told the Cadena Ser radio station.

“She is an athlete who likes to reach the limit, but today she has passed 20 towns

"I picked her up and pulled her out, but her jaw was hard and I smacked her twice and yelled at her to breathe. But she wasn't breathing. The lifeguard held her face up and when someone isn't breathing you have to turn them around so they don't swallow water. he turned his head because the other didn't know anything," Fuentes told Cadena Ser.

“Now that I think about it, it's normal, because they [the lifeguards] don't know this sport as much as I do and they don't swim as fast as I do, so it's normal that they didn't react as fast.

That's why I threw myself, because I saw that they weren't going and I told myself I can't wait a second longer”, added Fuentes, who won several medals in this sport at the Beijing and London Olympics.

The International Swimming Federation (FINA) announced this Thursday that it will review the regulations that prevent lifeguards from intervening without a signal from the referee, after pointing out that those hired to work in world championships can only act in that case.

It is a restriction to avoid interruptions in the competition programs "in the event of a misunderstanding," explained the director of the World Cup health service, Béla Merkely, in a note.

Fuentes swims toward the passed out athlete.

As Fuentes explained to the newspaper El País, the swimmer did the last part of the routine

"She says she doesn't remember anything," she said, "blackouts are common in our sport and, oddly enough, they are usually noticed last, because the body continues to go through the routine while asleep.

We call it muscle memory.”

"I usually see this in girls with great muscle power, who suffer great mental stress and are hyperflexible," said coach Ana Tarrés, who now leads the Israeli team.

“When they bend their necks backwards in some way, after prolonged apneas, this can put pressure on the cervicals, and if the muscles get too tense, cut off the circulation of blood and oxygen to the brain.

And you neither breathe nor suffer, ”she added.

According to Fuentes, the swimmer is doing well and looking forward to competing with the rest of her teammates on Friday in the group final.

“The truth is that she is very well, although it may not seem like it, she is perfect, she has slept all morning and wants to swim tomorrow.

The doctors have done all the tests and say that she is fine, but it is something that we still have to assess, "said Fuentes.

"Whether or not she will swim in the team freestyle final on Friday will be determined by Anita and the expert medical staff," the US artistic swimming team said in a statement.

"Our sport is very hard and sometimes these things happen, it already happened with a Japanese swimmer at the Beijing Games in the group final, what happens is that here it was more spectacular because Anita was alone in the pool", explained the coach Spanish.

Fuentes, winner of multiple medals, including three silvers and a bronze at the Beijing and London Olympics, who once she has overcome "the scare" wants to focus on competing again.

“We are in back to work mode.

This morning the team has already competed and has done very well and this afternoon we have the final of the duo.

We have to move on”, concluded Fuentes. 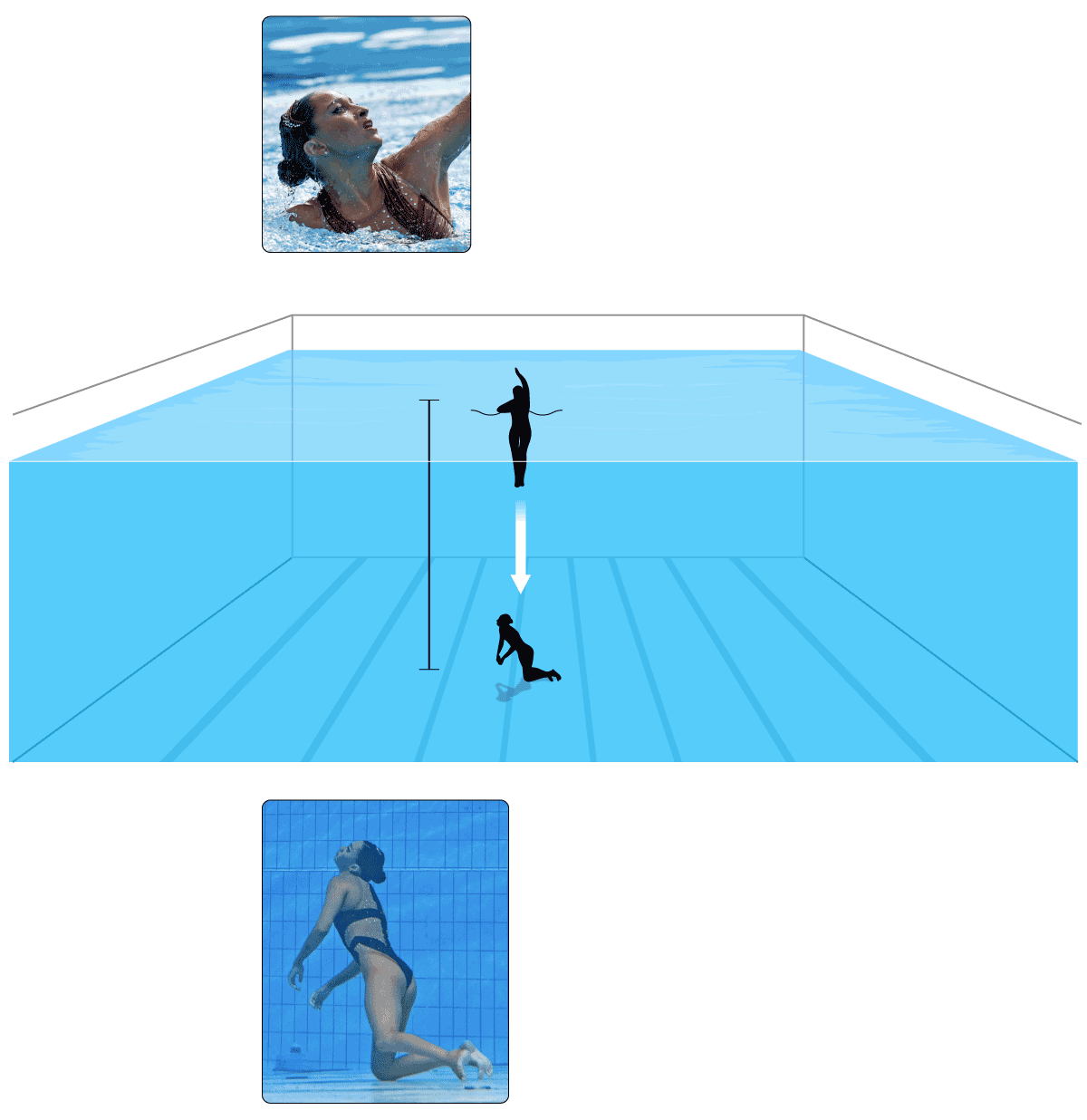 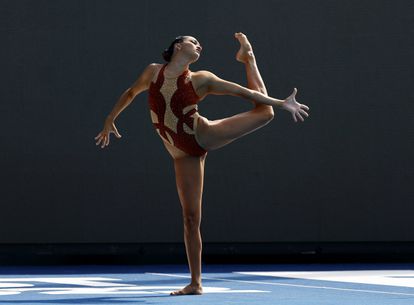 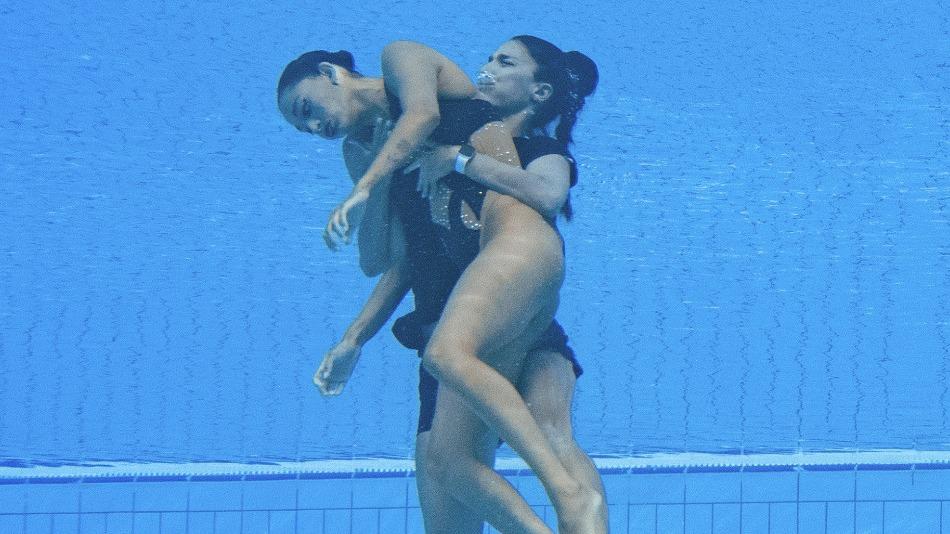 Swimming worlds: "Anita was not breathing, now she is fine", her coach says after her heroic rescue 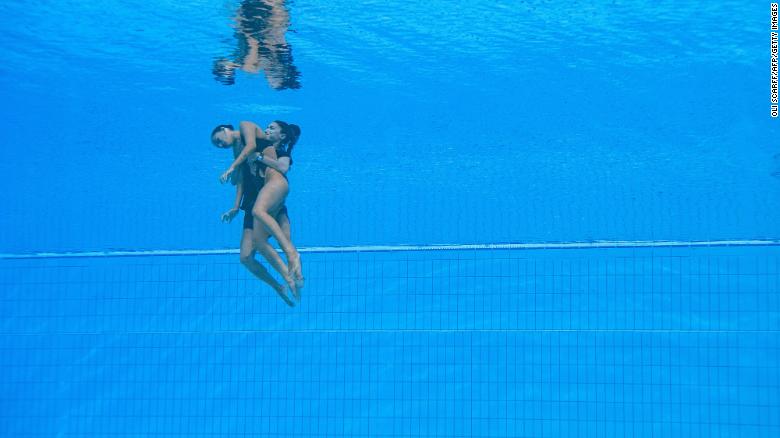 Swimmer Anita Alvarez lost consciousness during a routine. Her trainer jumped into the pool to save her