Two summers without a beach, closed due to contamination: "If this were Barcelona, ​​it would be fixed in two days"

The Sant Adrià del Besòs coastline, next to the Catalan capital and in an area that concentrates disadvantaged neighborhoods, has been closed for two years pending the cleaning of its sand 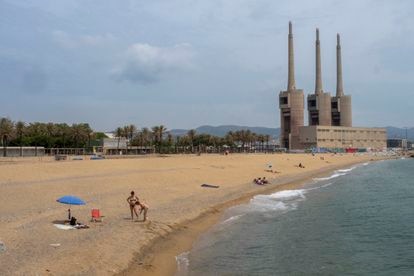 The beach of Sant Adrià del Besòs, theoretically closed due to contamination in the sand, with the Three Chimneys from the old thermal in the background, the day before the City Council fenced it for the second time.Carles Ribas

"It's very simple, if this were Barcelona, ​​it would be fixed in two days."

But it is not Barcelona, ​​it is the beach of Sant Adrià del Besòs, attached to the Catalan capital.

The beach, next to the mouth of the Besòs river, faces the second summer closed due to contamination in the sand, because it is in an area where there were many factories.

The contamination, due to the accumulation of lead, cobalt, copper, arsenic and other materials above what is permitted, was discovered after the Filomena storm and during the installation works of a submarine data cable.

The work to decontaminate the space, which will be carried out by the Ministry of Ecological Transition, does not have a start date.

When asked, the ministry replies that "it is not possible to report on the administrative files in progress."

Metropolitan extreme poverty explodes next to the Besòs

Meanwhile, the City Council installed a new fence last week, more consistent than the one it placed in May 2021 and which the neighbors partially demolished.

Because until seven days ago they were still going to the beach.

The information signs, both on the old and new billboards, do not make explicit reference to contamination: “Important notice.

Provisional and preventive closure to preserve people's health ", they indicate.

Until the installation of the new fence, during the weeks of good weather this spring, on weekends, not even one more towel would fit.

During the week, the beach was quieter, but also crowded.

The last Friday before closing, respected at least the first week, who ensured that if the problem was in Barcelona it would be fixed soon was Adrián.

He used to go down to bathe with his father, Esteban.

The two from Sant Adrià.

They don't think the contamination in the sand today is worse than it was 30, 40 or 50 years ago.

And if it was so serious it should be warned, they reproached.

“What is happening now cannot be worse than when the thermal power plant was smoking and there were I don’t know how many factories: Procolor, one for beams, for oils, for bleach… The river flowed down every day in a different color through the paint factory in above” pointed out the father.

And he warned: “If it happens that there is contamination, it happens;

“What do you want people with kids who don't have a car to do in the summer?” she asked.

Poster on the billboards that for more than a year warned of the closure of Sant Adrià beach, without explicit reference to pollution.Carles Ribas

"If there was so much danger, not so many people would come," Tamara pointed out a few meters away.

And David, another regular, did not understand how this beach is closed and not those of Barcelona: “If it is polluted and it rains, the water goes to the sea and to the beaches of Barcelona.

What do they want?

We are staying home?".

In Sant Adrià there is no public swimming pool, and bathing in the river is prohibited.

The two beaches of the municipality (the other on the other side of the river, open) added 362,000 visitors before the pandemic in summer alone.

The disposable family income of Sant Adrià is 17% lower than the Catalan average, 39% less than that of Barcelona capital, official data from 2019. In 2020, a study by the Institute of Regional and Metropolitan Studies (IERMB) on urban vulnerability placed the Besòs strip as the area with the greatest concentrated and entrenched poverty in the Barcelona area.

The peculiarity is that Sant Adrià has the last urban candy of the Catalan coast: the solar giant that houses the Three Chimneys -the old thermal power plant, an iconic mass, the tallest construction in Catalonia, still standing- of 32 hectares, which it will be a pole of digital economy.

The land is industrial and belongs to Endesa and Metrovacesa.

The urban plan drawn up by the Generalitat, almost a decade under discussion, contemplates that 1,800 flats can be built (40% public) and dedicate 35% of the future roof to economic activity (hotel, commercial and office use).

In addition, there will be a huge green area and facilities.

Mediapro has presented a project for the area.

The beach of Sant Adrià del Besòs, closed due to contamination since May 2021, with the port of Badalona in the background, last Friday the 10th, when the neighbors did not respect the old fence.Carles Ribas

Ariadna Vilardell, from the Marea Verde Sant Adrià neighborhood platform, regrets that the municipality "has become the landfill of the Barcelona area: we have Tersa, the garbage incinerator in Barcelona, ​​Endesa that pours hot salt water with biocides, the treatment plant does not It has a tertiary system [the one that filters the smallest particles]…”.

“The feeling is that it has been assumed that we are degraded areas, they don't take care of us”, she regrets and recalls that the new apartments in Badalona, ​​next door, “are sold with the hook of the beach”.

The one in La Mora, smaller, has also been (theoretically) closed for years.

The mayor of Sant Adrià, Filo Cañete, celebrates that the Ministry "has decided to take on decontamination" and its cost.

Previously, the Generalitat's waste agency (analyzing the sand), the Besòs Consortium (with the decontamination project) and the Barcelona Metropolitan Area (which manages the beaches) have intervened.

She explains that the ministry has informed her that the commission to the public company Emgrisa is imminent.

In theory, the City Council will put civic agents and more vigilance from the Guardia Urbana to inform the public of the closure.

But this Friday morning there was not a soul. 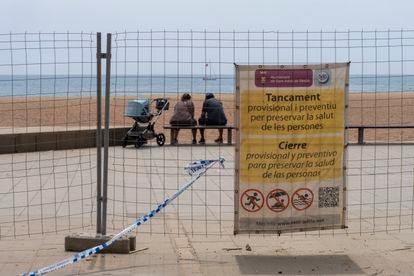 Two summers without a beach, closed due to contamination: "If this were Barcelona, ​​it would be fixed in two days" 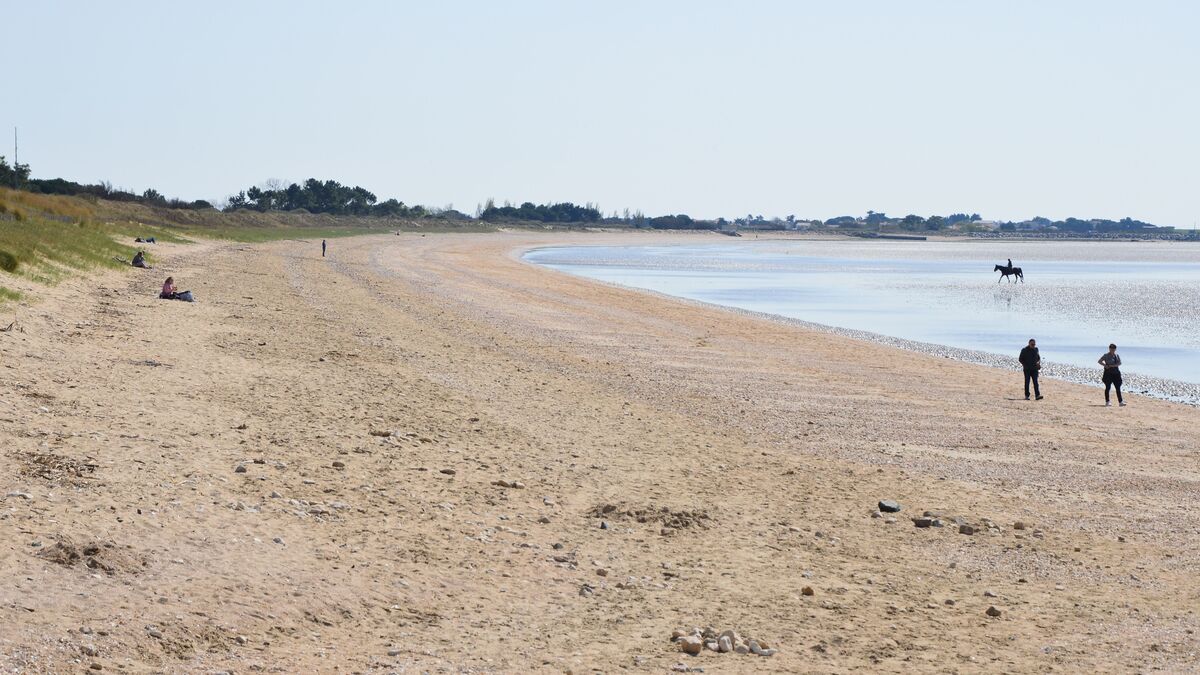 Charente-Maritime: what contaminates Aytré Bay, which has been prohibited for swimming for five years? 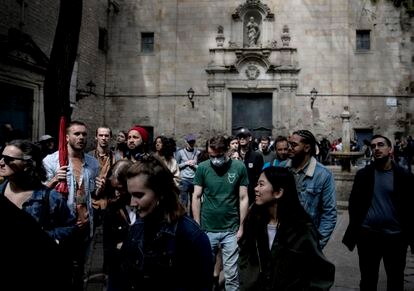 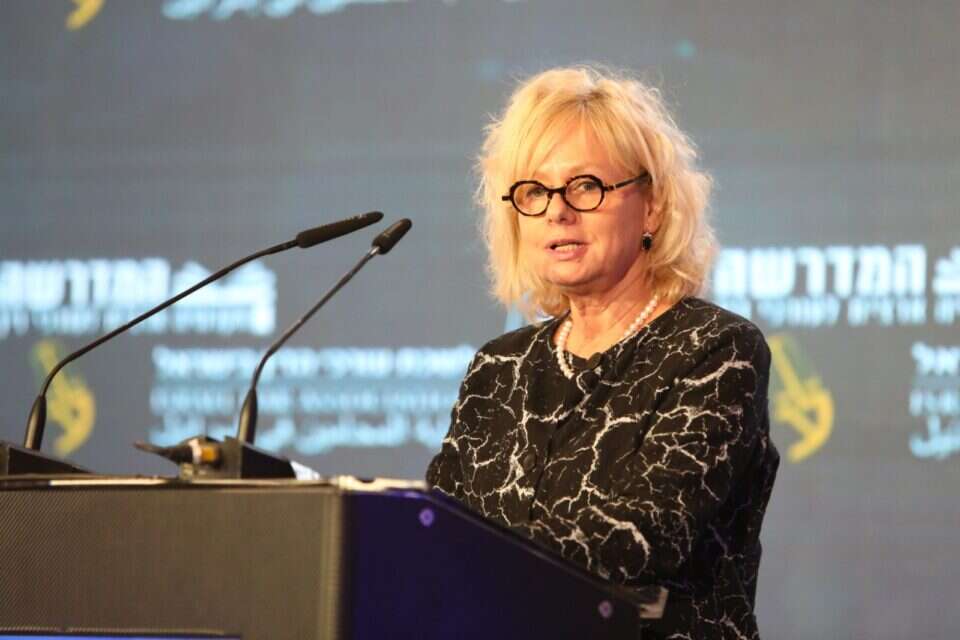 The Speaker: "The Cabinet was not convened before the operation because there was no fear of war" | Israel Today 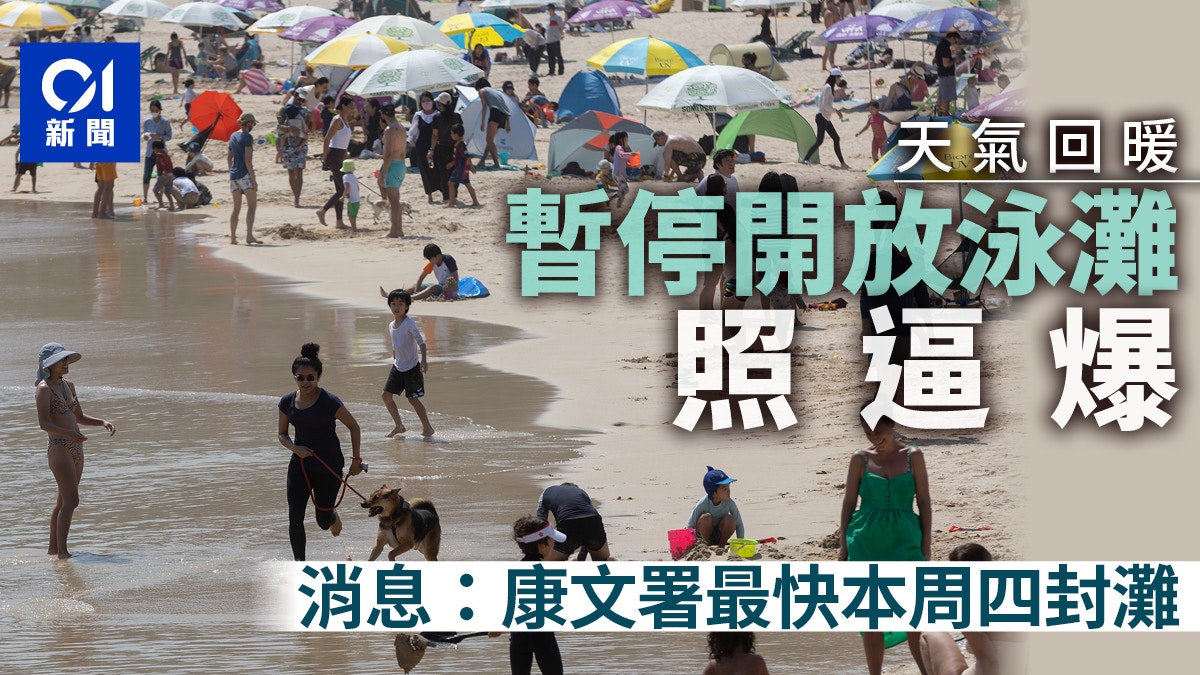 Reduce the number of cruise ships in Barcelona? In Florida they see him Martian The rise of the sea shakes the first railway in Spain

Northern Metropolitan Area | Niu Tamwei Village exploded in land dispute, the village chief said that the fish pond was destroyed and the loss amounted to hundreds of thousands
2022-08-12T16:04:10.479Z