Feijóo considers the negotiations on the Judiciary to be broken and Sánchez accuses him of being in “rebellion”. The Socialists now trust in convincing their partners so that the norm comes out before the summer holidays 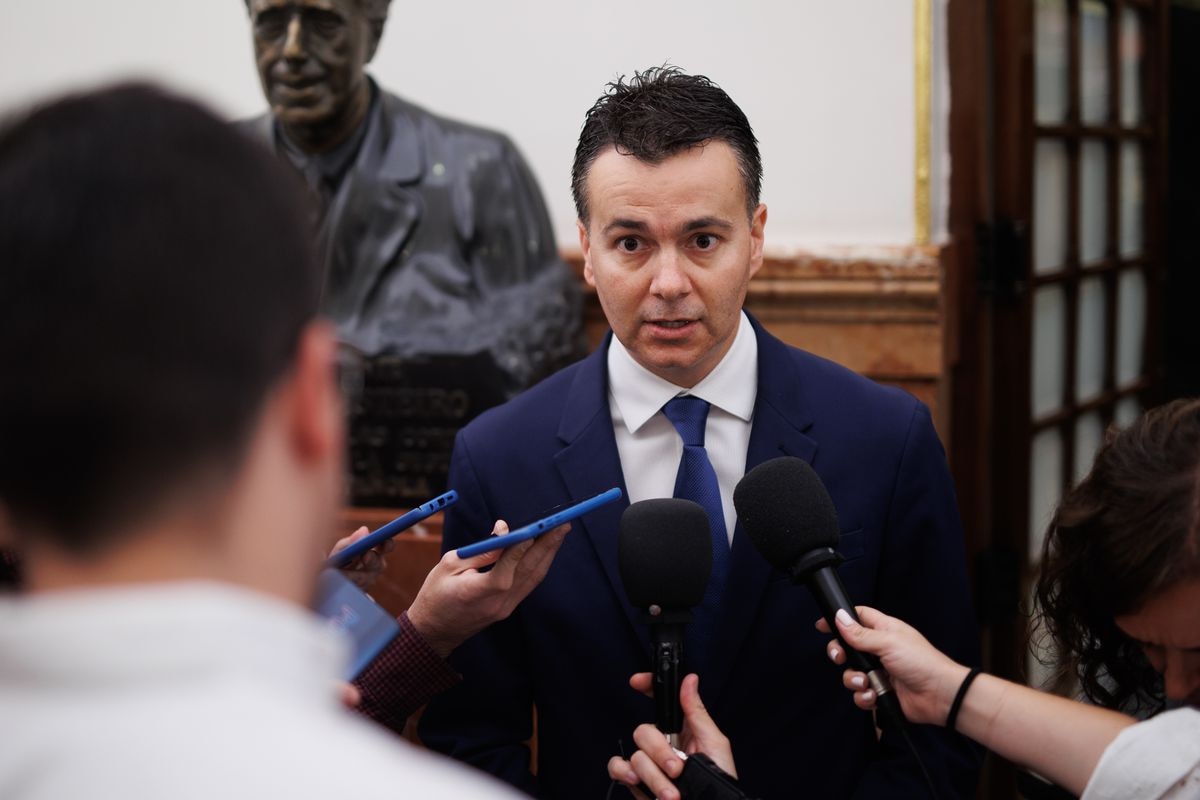 The PSOE has registered this Friday by the urgent procedure, and without having previously agreed with any group, its proposal to reform an article, 570 bis, of the Organic Law of the Judiciary, with the aim of facilitating the immediate renewal, before of the summer, of the Constitutional Court, achieving that the majority happens to be of the progressive sector.

The Socialists justify this rush given the "impossibility" of closing a pact with the PP, now led by Alberto Núñez Feijóo, to agree on the renewal.

The popular leader has already advanced that he rejects this express change and on the part that, he has warned, supposes a breakdown of the negotiations to renew the General Council of the Judiciary, and has maintained that the Government what it intends is "to control the Constitutional",

a court that must immediately address several appeals to laws of the highest relevance, such as abortion.

The Government has responded with indignation: “Feijóo cannot consider negotiations that do not exist to be broken,” said the Minister of the Presidency, Félix Bolaños.

The president, Pedro Sánchez, from Brussels, has accused the PP of being in "institutional rebellion" by keeping these bodies blocked for 36 months.

The proposal registered this Friday by the PSOE supposes partially undoing another previous reform that that party promoted and managed to approve a year ago: that of prohibiting the Judiciary from making appointments of judges while they are in office.

That attempt has kept the Council tied hand and foot for the last year, which has led to a pre-collapse situation (as the Judiciary itself has denounced) in some rooms of the Supreme Court, the most affected court.

Now, the new express reform of the Socialists would imply maintaining that prohibition on making appointments, except in one case: the appointment of two magistrates for the Constitutional Court, which the PSOE wants to renew immediately to end its current conservative majority.

Alberto Núñez Feijóo has received this PSOE project with tremendous anger and assures that he learned about it from the press, after advancing it on Thursday night

and confirmed by EL PAÍS.

The popular leader considers that this movement of the socialists "breaks any type of bridge to continue negotiating" the renewal of the General Council of the Judiciary.

“We have the feeling that the Government does not want to negotiate anything”, he has complained in an interview on Telecinco.

"How are we going to support a change in which the Government seems to be no longer interested in negotiating the Judiciary?" He warned.

“Acting with a hangover from the Andalusians”

In the PP they specify that the communication channels established between Pedro Sánchez and Feijóo in their bilateral conversation in La Moncloa on this matter remained open until Thursday night, and that the contacts between the interlocutors of both parties stopped on Wednesday of the last week for the elections of 19-J and to close their conservations with the judicial sectors involved, with the idea of ​​resuming them from this week.

These sources accuse the Executive of "acting with a hangover from the Andalusian elections" to cause a "media distraction and a democratic error that complicates relations between the parties."

Félix Bolaños, the main person in charge of the Executive's strategy in this matter, has replied indignantly to the opposition leader: “Mr. Feijóo, stop lying.

There was no negotiating table, you have not sat down for more than 80 days, since you are president of the PP.

Every day dizzying the partridge to breach the Constitution, which is what the PP does every day, blocking the judiciary.

"He has never sat down, everything has been excuses," he insisted.

United We Can has also assured that it has found out about this initiative through the press and does not subscribe to it for now, although it has not yet decided what it will vote for.

The PSOE insists that the matter had been "discussed" internally in the Government with its partner, although it was not agreed upon.

Bolaños maintains that the Executive could have directly appointed the two Constitutional magistrates that corresponded to him, but added that since that "generated debate" ―the president of the Constitutional Court rejected it for being doubtful from the legal point of view― he has opted for this formula, which in his opinion is “legally impeccable”.

Everything indicates, however, that it will not be easy for the proposal to go ahead, because it is a unilateral initiative by the PSOE without counting on its allies and with the PP, Ciudadanos and Vox totally against it.

The modification of an organic law such as that of the Judiciary requires an absolute majority in Congress: the socialists will try to find it among their usual partners in Parliament, arguing that thanks to this reform the Constitutional Law can be renewed and the majority changed from conservative to progressive.

The popular had promised to send the Government a proposal on the Council of the Judiciary within a month after the Andalusian elections of 19-J, and sources from the PP leadership assure that this next week they were going to have that already prepared. document.

They emphasize that the Executive has not responded either to their offer of a pact on NATO or to their economic plan to lower taxes.

The talks between Bolaños and Esteban González Pons, Institutional and Justice Deputy Secretary of the PP, had been interrupted during the Andalusian electoral campaign after several previous frustrated attempts by the Government with the leadership of Pablo Casado.

But official PP sources assure that González Pons did not know about this latest reform promoted now by surprise by the Government.

The spokesman for the PSOE in Congress, Héctor Gómez, explained this Friday the reason for the initiative: "Given the impossibility of reaching an agreement with the PP because the PP does not abide by the constitutional mandate to renew the General Council of the Judicial Power, which already affects the renewal of the Constitutional Court, we opted for this proposal to be able to unblock it as soon as possible and so that the two Constitutional magistrates can be appointed and have a correct performance of their functions”.

The intention of the PSOE, once the proposal is registered by the urgent route, is that it be approved in an extraordinary plenary session of Congress in July, be sent with express procedure to the Senate and be published in the BOE and enter into force as soon as possible, if it is possible before the summer holidays.

Podemos and other partners

The Socialists have communicated their intention to their partner in the coalition, United We Can, but Gómez pointed out that he hopes to add more support: “We do hope to have the greatest possible support since it is an exercise of responsibility as soon as possible to put the Constitutional into operation ", has said.

Sources from United We Can affirm that they want to know in detail the proposal signed only by the Socialists, but that their position, in principle, is that all constitutional positions should be completely renewed, not just a part.

Vox's parliamentary spokesman, Iván Espinosa de los Monteros, has also been very harsh against the Government, which he has branded as "totalitarian" and has accused of "not believing in institutions."

“He is an autocrat who wants to control everything,” he has said of President Pedro Sánchez.

Other usual allies of the Executive, however, do not see this response as bad at all.

The PDeCAT, which has four key seats, accepts that "so much reform and counter-reform of the law of the Judiciary is not ideal", but advances that when the Government contacted them last Wednesday night to explain it, they already answered that the They saw "with good eyes given the situation of institutional blockade that currently exists" and because a body such as the Constitutional "cannot be blocked either."

Other formations, such as PNV, ERC or EH Bildu, chose this Friday to wait to react, although they have been ratifying for many months that the constitutional positions should be updated according to the established mandates.

The socialist spokesman repeatedly pointed to the responsibility of the main opposition party.

Gómez summoned the PP to "once and for all sit down to negotiate and renew the Judiciary after three years of blockade."

The socialist sector of the Government maintains that this action by its parliamentary group when registering the proposal unilaterally should not distance the pact with the PP.

"On the contrary, what we want is to give normality to the functioning of the judicial sphere, in this case the Constitutional, and it is an exercise of maximum responsibility," Gómez emphasized.

And he added: "We cannot continue waiting

for the PP and that the functioning of the courts in this country and in this case the Constitutional Court is in their hands and in their will." 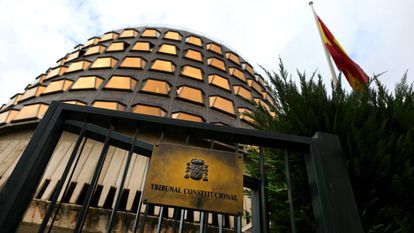 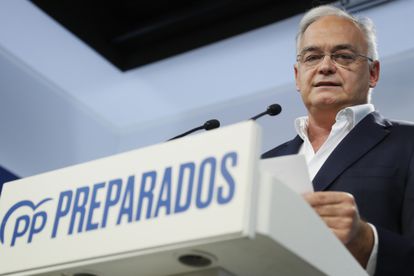 The Government promotes a legal reform to renew the Constitutional 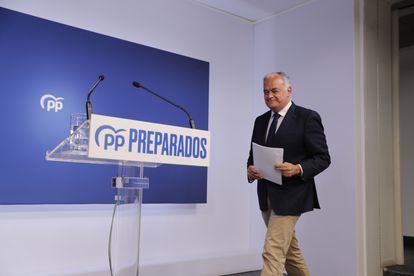 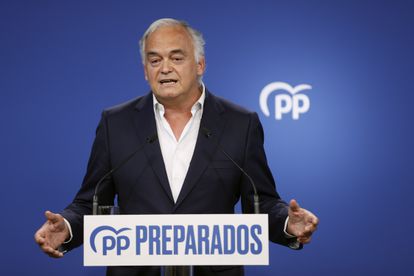 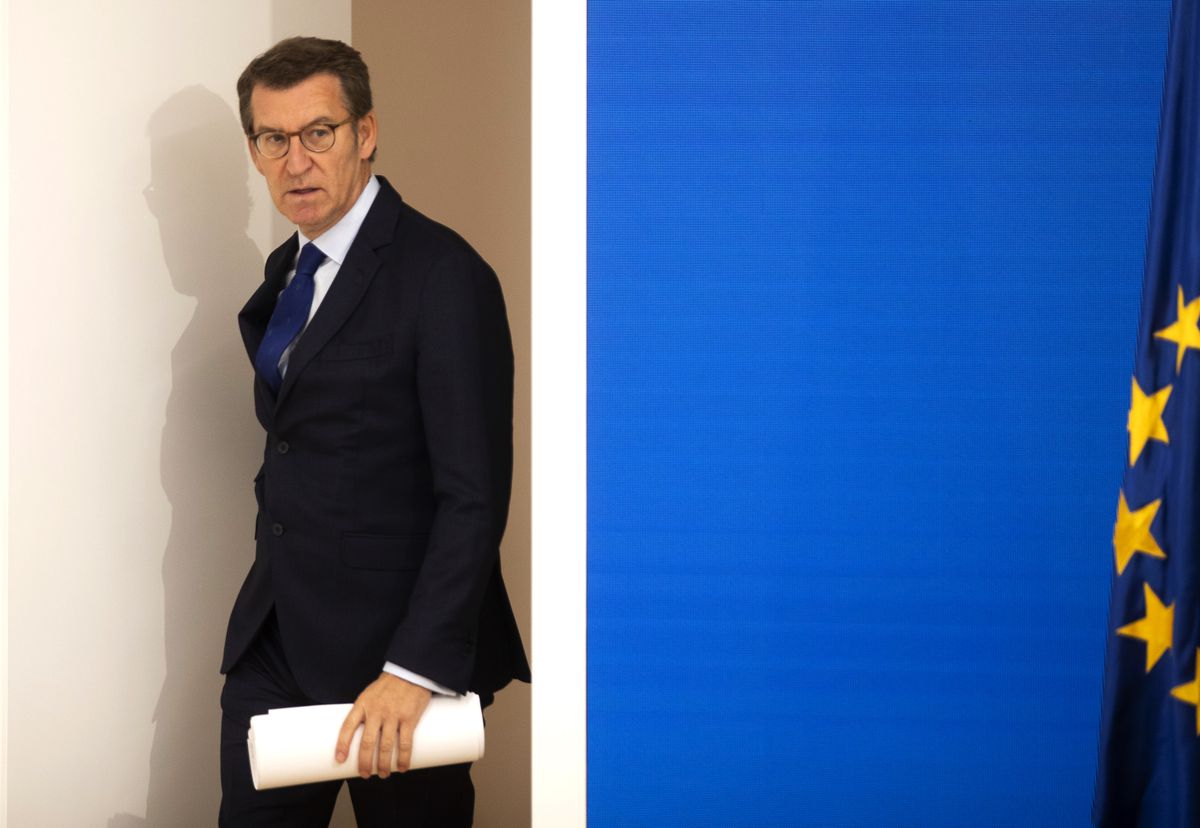