This is how we dealt with the cost of living: this week 70 years ago | Israel today

Attempted assassination shakes the country, promises to ships in the Kishon River port and chicken prices soar • This is what happened this week in Israel seven decades ago 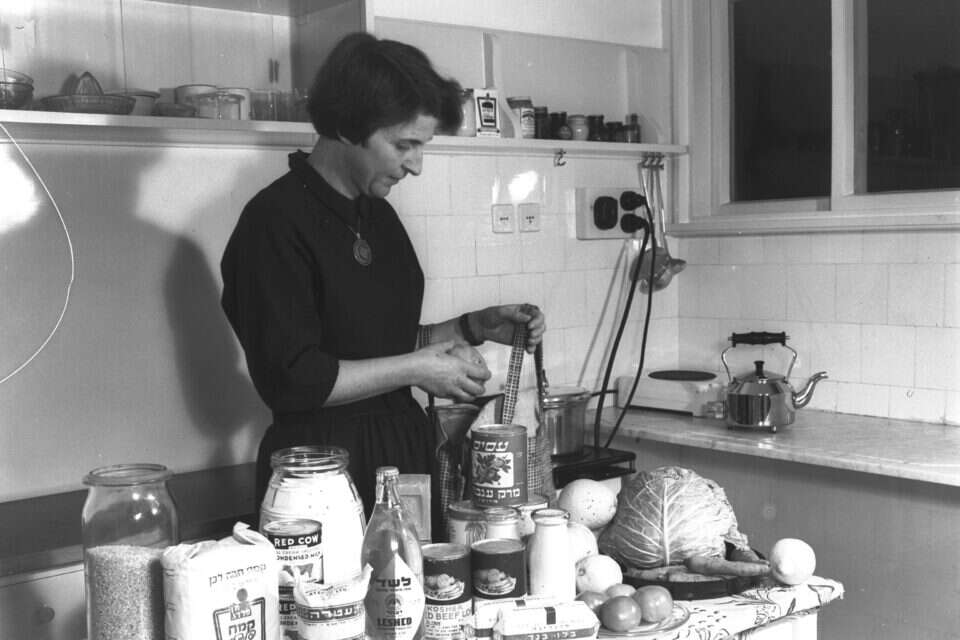 On June 20, 1952, a spokesman for the Ministry of Trade and Industry reported an "expected increase in the price of chicken, which will be sold starting this week at a price of 2 pounds per kilogram, while the increase in carp and eggs will be postponed to next week." To express my astonishment, "Maariv journalist Israel Kimhi wrote that week, asking:" Are there any officials in the Ministry of Trade and Industry who are preoccupied with the question of how the types of food can be reduced?

Or can you achieve just to the point of drafting a monthly notice to the public about further price increases and delivering it to the speaker for distribution?

And on all the other days of the month, what exactly are the officials doing there to do good to the people? "

Helen Keller in Israel, Photo: Association of the Deaf in Israel

With great excitement, with a smile on her face and surrounded by a large curious crowd, Helen Keller arrived at Lod Airport on the morning of June 20, 1952, after a 15-day visit to Israel.

Keller, then 72, was known and revered throughout the world for her miraculous ability to cope with her limitations from being deaf-blind from a very young age.

"I am leaving the Holy Land with a sense of elation, now knowing the good treatment that is being received from the challenges of body and soul in the State of Israel," she said before boarding the plane, on her way to Europe.

The Disappeared / Radio programs from the past

In every program staged in a real law studio that took place in the past in Israel or abroad, and participated in the broadcast of Judge Shlomo Tussia-Cohen the pain of the court, the plaintiff was Tel Aviv District Attorney Yaakov Bar-Or (Gideon Hausner's deputy in the Eichmann trial), and the defense attorneys were Gabriel Bach, later Supreme Court Justice, and others.

The heart of the Israeli wilderness

At the end of June 1952, a year and a half after its establishment, a journalist from "Al Hamishmar" came to visit Tel Yeruham (later "Yeruham") in the Negev, which is considered the most remote in the area.

"I covered the 40 km from Be'er Sheva to here in 45 minutes," wrote Haim Hirschfeld, adding that "the landscape remains as it was, arid and monotonous.

Welcome to the heart of the Israeli wilderness. "

"The material life of the residents of the Tel Yeruham transit camp is good," the journalist reported. A hard feeling of loneliness and unhappiness. "

The Tel Yeruham transit camp was established on Tu B'Shvat 1951, as part of an initiative of the Jewish Agency that called on veterans of the kibbutzim to "roll up their sleeves, volunteer and help the settlement of new immigrants throughout the country." Yeruham to establish a transit point for immigrants from Romania.

During the 1950s, immigrants from Morocco, Persia and India were added to the place, the transit camp was dismantled and replaced in 1962 by the permanent settlement of Yeruham, which for years was considered a symbol of the failure of development towns due to incessant negative migration.

Today, 11,000 people live in Yeruham, and the place, led by Council Chairman Tal Ohana, is considered a success story.

The grocery store / items from the past

An item that was a must in every home in those days, before the air conditioners and patents on the refrigerator door: a lightweight aluminum mold filled with water (from the faucet ...) and put into a night shift inside the freezer ("freezer") of the home refrigerator.

By morning the water would freeze and turn into cubes inside a kind of "drawers" in the mold, and to extract them they would lift the lever handle (pictured), which would separate and extract the ice cubes, which quickly cooled the soft drinks prepared by mixing juice and water concentrate.

"In Kishon ships will sail"

"Following a huge engineering operation, we will soon be able to see with our own eyes ships that will not finish their journey in the port of Haifa but will continue on towards their younger brother, the Kishon port," it was reported on June 25, 1952. As is customary in the largest European ports. "

As is well known, none of the fantasy described here took place except the deepening of the Kishon Channel, although it never reached the size of a river, as described.

A barbed wire fence against bathing in the sea

In the last week of June 1952, the director general of the Ministry of Health, Dr. Haim Sheba, sent an urgent telegram to the director of the Tel Aviv municipality's health department, Dr. Ephraim Cohen, stating "an immediate ban on bathing in the Tel Aviv sea due to pollution." To erect a "thorny barbed wire fence" in the western section between Trumpeldor and Gordon streets, which will prevent a drop to the beach. In response to Dr. Sheba's request, a telegram was sent to him from the Tel Aviv municipality stating that And allocates us the amount of chlorine required to operate the treatment facilities near the beach. "

At around 10 pm on Saturday evening, June 20, 1952, members of the Pinkas family, who lived at 6 Ramchal Street in Tel Aviv, heard the sound of an object falling on the balcony of their house, which turned out to be a barren explosive grenade. Religious and served as Minister of Transportation in the Israeli government. At the same time, an oil crisis broke out in the world, and the Israeli economy was forced to shrink in everything related to energy and transportation. Today is Saturday.

This order took away from many tools, which have long claimed that there is religious coercion in Israel, after the issue has also been discussed in the political framework in recent months.

This was after a group of Mapam (United Workers' Party) members, led by MK Dr. Moshe Sneh, held a conference in Jerusalem in early June 1952, at which it declared "active war on both religion and religious coercion." Another ideological movement of religious opponents It was called "The Canaanites." It was established in Tel Aviv as early as 1939, and its members advocated the establishment of a new Hebrew society in the Land of Israel, disengaging from tradition and religion.

On the Saturday evening after the grenade was dropped, two deaf policemen who were spotted near the house identified two young men who quickly entered the stairwell at Pinkas' house, and immediately after they left, a loud explosion was heard that shook the building and its surroundings.

In the chase that ensued, the police arrested the fugitives, who were identified as Amos Keinan, one of the leaders of the Canaanite movement, and another member of the movement named Shaltiel Ben Yair.

At their trial, the two maintained their right to remain silent, and when the hearings reached the High Court, they were acquitted due to doubt.

Transport Minister David Pinkas died of a heart attack less than two months after the attack on his home, and his associates claimed that "his heart was broken by the disparaging manner in which his friends at the cabinet table treated the assassination attempt on his life."

The rise in carp prices is postponed for a week

31 licenses for oil exploration in Israel,

The first oil exploration initiative in the Land of Israel began in the late Ottoman period, with a franchise acquired by an American company in 1914.

The venture did not materialize, as a few months later World War I broke out.

In the 1930s, the Mandatory authorities conducted a geological survey in the territories of Israel, which hinted at possibilities for locating oil, especially in the Negev and the Dead Sea area.

This time the concessions did not materialize at all because of the Arab uprising in the Land of Israel and then - World War II.

The state made a special effort immediately after its enactment to promote a law on "regulating oil exploration in Israel", which was approved by the government on June 23, 1952. According to the oil law, Israel was divided into four regions, and during 1953 were purchased from the state by no less than 31 entrepreneurs. Oil exploration licenses.

Each license entitles the purchaser to four drillings in the area allotted to him.

State royalties for the oil to be produced were set at 13.5%, and the producing company also undertook to pay to the state treasury a tax on its profits of 50%.

70 years have passed since the distribution of concessions, but no oil has yet been found in Israel, although no less than 400 drilling sites have been developed there.

An exception to this was in the Hulikat drilling (pictured, near Moshav Heletz, 7 km north of Sderot), where a small oil field was located in 1955, from which oil worth about $ 450 million was extracted during its 50 years of existence.

Do you have pictures or souvenirs from the first days of the country?

The Minister of Finance with the truth about the cost of living: we are starting to see results - voila! Of money 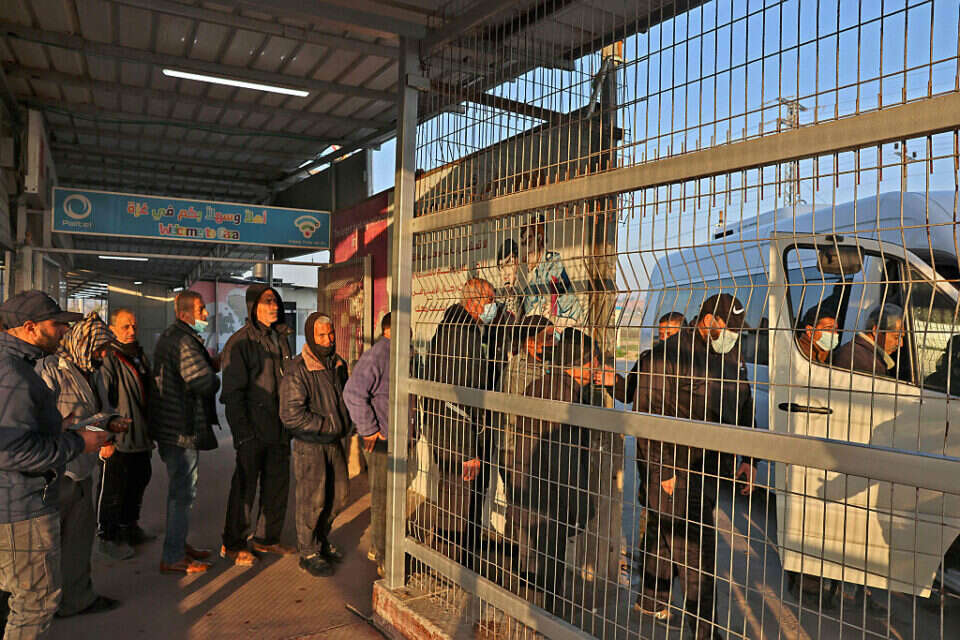 Tahonia Rubel on the cost of living: "Take to the streets and stop it" Israel today

Marine traffic jam: what is stopping the entrance to the ports? | Israel today 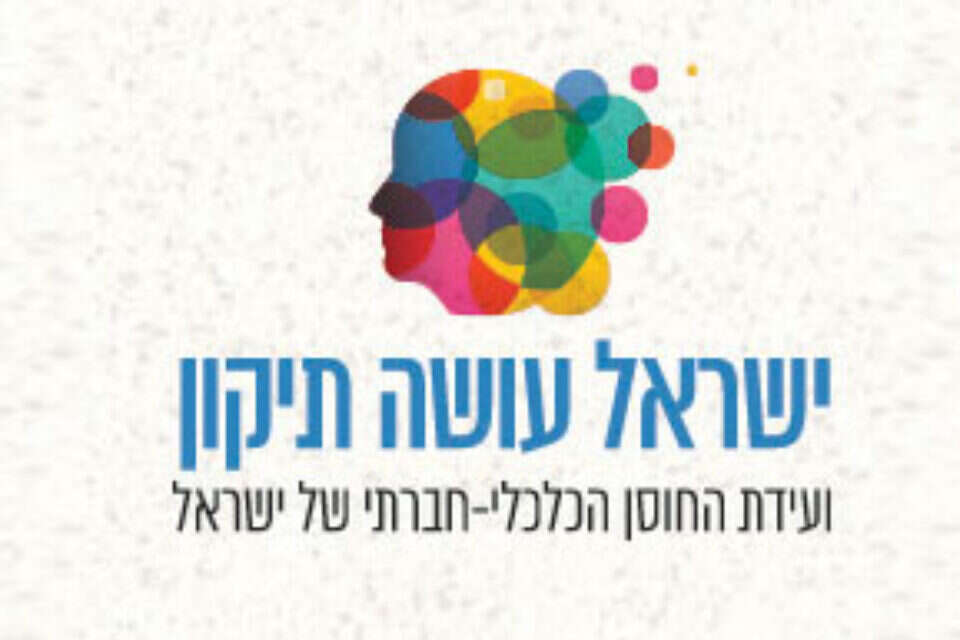 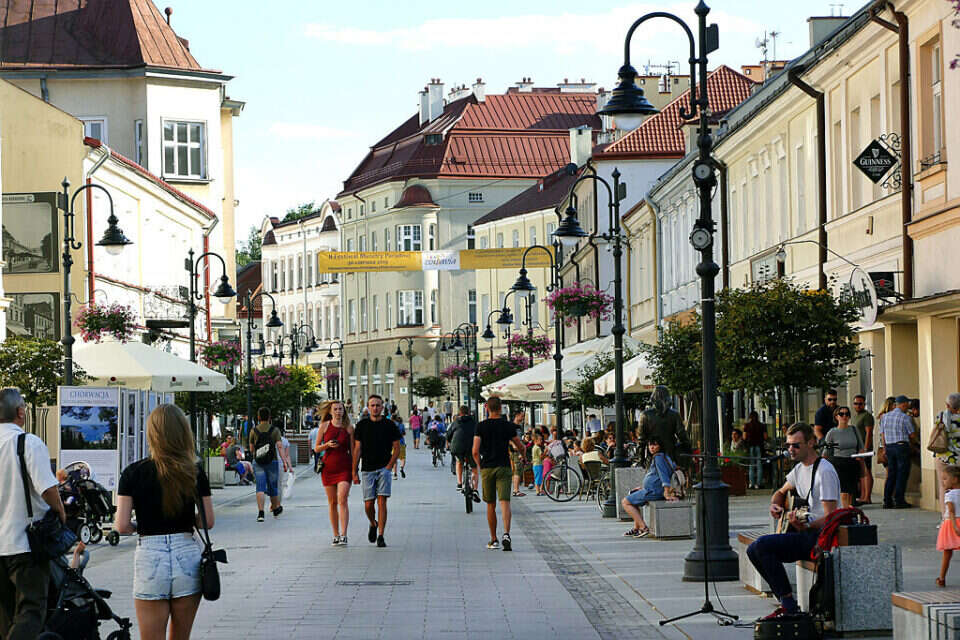 Without tearing your pocket: these are the destinations where you will spend the least money on vacation Israel today

Walt Disney: The real elephant in the room is not the Bennett family Israel today

Buy houses in the outskirts instead of setting up tents - voila! Real estate