Experience makes him angry: Munich radio presenter complains about the G7 summit - "total madness" Created: 06/25/2022, 05:02 By: Theresa Kuchler Radio presenter Mike Thiel was critical of the G7 summit in Elmau on Facebook. © IMAGO / Plusphoto "MorningMan Mike" is one of the most famous radio voices in Munich. The moderator now used his range to rumble against the G7 summit. And to appeal to 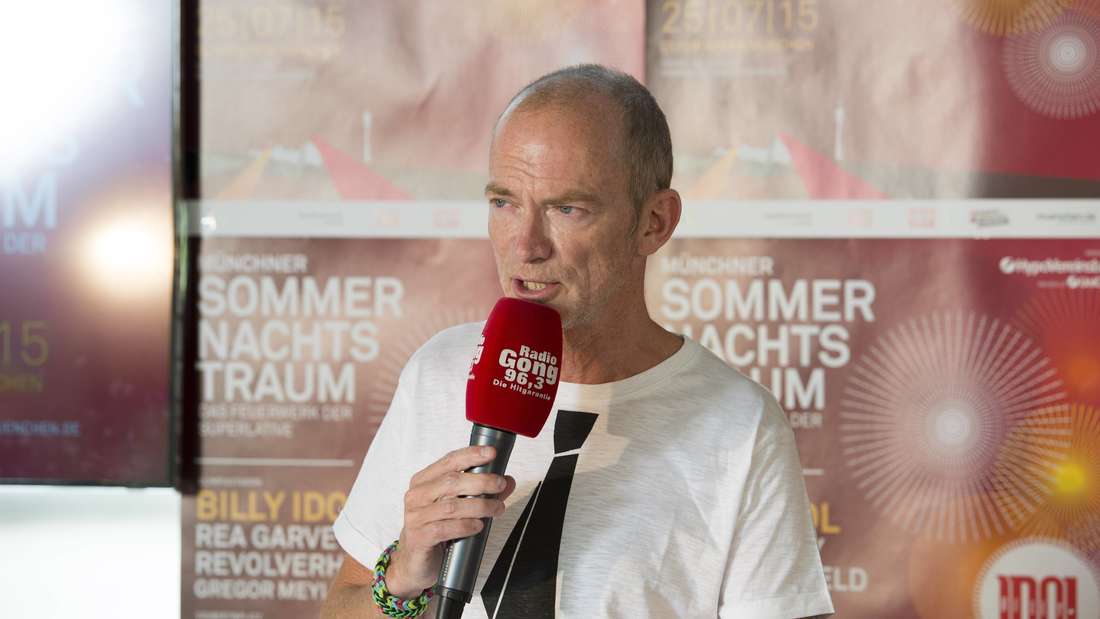 Radio presenter Mike Thiel was critical of the G7 summit in Elmau on Facebook.

"MorningMan Mike" is one of the most famous radio voices in Munich.

The moderator now used his range to rumble against the G7 summit.

And to appeal to politicians.

Munich – For years, the "Radio Gong" presenter Michael Thiel has been getting the people of Munich out of bed.

Under the alias "MorningMan Mike" Thiel is known throughout the city, loyal radio listeners know and love his voice.

Now the moderator has shown that he can also raise them away from the microphone: On the "Radio Gong" Facebook page, he makes it unmistakably clear what he thinks of the upcoming G7 summit in 2022 in Elmau.

The first sentence of "MorningMan Mike's" G7 comment already shows the direction in which the statement is headed.

After just a few hours, the post has thousands of likes and hundreds of comments.

No wonder: the summit meeting at Schloss Elmau, to which representatives of the seven largest industrial nations are traveling from June 26 to 28, polarized opinion.

As recently as Wednesday (June 22), opponents of the G7 set fire to eight police buses.

But less extreme acts, such as some graffiti in the district of Garmisch-Partenkirchen, prove: The summit is under criticism.

Even Thiel cannot understand every aspect of the political meeting.

An experience he had on the Autobahn on Thursday (June 23) was probably the last missing spark to his public statement.

The moderator reports on "columns of police vehicles" that were on their way to Munich.

The moderator is certain that the officials had already covered hundreds of kilometers "to secure the G7 summit in Garmisch at the weekend and to ensure that the violence in our city does not escalate either."

Thiel takes the opportunity to express his gratitude to the police officers who risked their lives during the operation.

The “MorningMan” appeals to the demonstrators: “Violence is never a solution – stay peaceful!”.

And then comes the "but" - which goes straight to politics.

"Why does this madness have to be?": Munich's well-known radio presenter "MorningMan Mike" makes a public statement on Facebook about the G7 summit.

Because Thiel cannot understand why "this madness" has to take place in tranquil Elmau of all places.

He admits that "it is important to exchange ideas personally".

But he doesn't understand why the summit isn't being held in a location that's better secured by .

A place “where all this effort doesn’t have to be?

An island?” Thiel asks the politicians and probably a little himself.

The financing of the political meeting alone is an enormous factor.

After all, “the whole thing costs an incredible amount of money”.

In fact, the state has to put a mere 166 million euros on the table for the summit meeting in Elmau – according to a calculation by the Bavarian Ministry of the Interior.

But not only this point pushes Thiel.

"For environmental reasons, I think it's absolutely irresponsible to send police cars all over the country," he continues.

"We should all save energy, protect the climate... Politics should be a role model here!" Finally, the moderator appealed to the politicians to think about it.

"For a better world."

She just wanted to swim in the Isar: men throw stones at a woman from Munich (22) and injure her

The listeners of "Radio Gong" agree with their favorite Munich moderator on many points.

Many cannot understand the "tax waste until the end" at all, some feel downright "ripped off".

In contrast, Thiel is showered with praise in the comment column: "Very balanced and factual, I think that fits very well," commented a user on his statement.

Another writes: "You really nailed it."

The residents of Garmisch-Partenkirchen in particular have reason to be angry about the G7 summit.

Above all, the effects of the political meeting are causing problems for many people there. 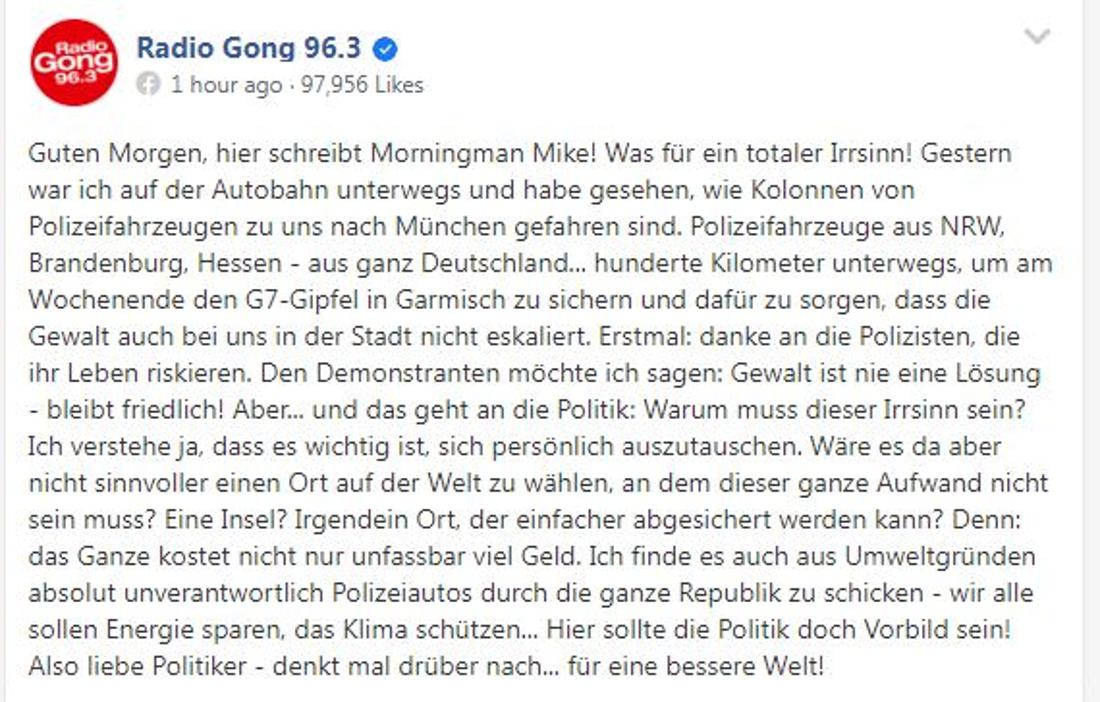 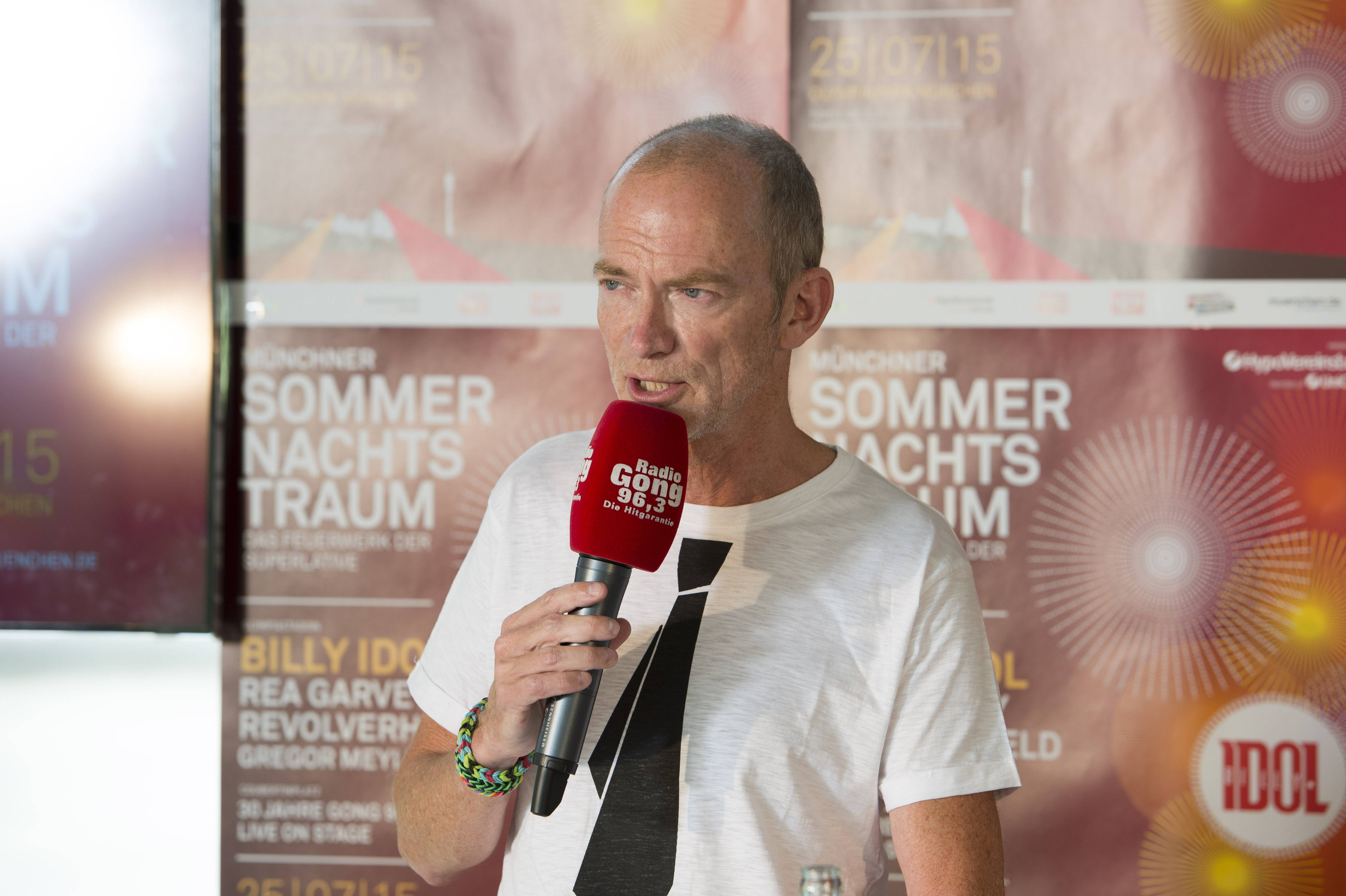