The Government of the capital calculates more than 250,00 attendees to the LGTBIQ + Pride march that overflowed the Zócalo 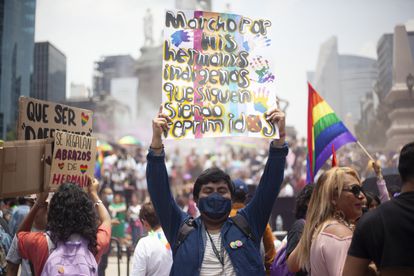 Christian Uriel García Trejo, 21, belongs to an Otomí community in the Sierra de Hidalgo, where sexual and gender diversity is unpronounceable, but this Saturday in the heart of Mexico City he felt at home.

"It's a very nice feeling, feeling really sheltered, like family, with mine," he says.

Behind him, the Angel of Independence full of flags and colors, makes visible the existence of the LGTBIQ+ community that celebrates its day with pride and resistance.

Diverse gender and sexual identities and expressions could be seen throughout the downtown streets.

The packed Reforma Avenue and the Zócalo to bursting.

In his first pride march, García Trejo decided to do it because of the double violence that his community is experiencing.

"I am marching for the indigenous community because even being a violent minority, within that minority, there is another that is twice rejected," he says while holding one of the few posters that can be seen in the demonstration, the most popular after two years of pandemic.

What stands out the most are the colors and the freedom to express the true self.

There are from those who wear the most spectacular and revealing

to those who burst into tears with a hug.

The possibility is there and many take it.

"Hugs from mom," reads a sign that Linda Laura González Reyes decided to take to the first march she goes to with her daughters.

A girl approaches for the hug without waiting for the words with which she is accompanied.

—I love you very much, you are worth a lot, I am proud of you.

"Don't tell me anymore because I'm going to cry."

Wrapped in tears, the 42-year-old woman says goodbye to the young woman who continues her journey to the Zócalo.

“These are words that sometimes kids don't hear in their own homes and that's ugly.

I cry because hearing them tell me that, I couldn't imagine my daughters going through the same situation.

If it was difficult for them to tell me, I imagine for other children who have violent parents or who do not understand.

We are from the old school, but they have to change things, ”she assures.

After 18 years protesting on pride day, Isaac is now surprised to see families having their photo taken.

“I'm in my forties and I've been coming to the marches since 2004 and it wasn't like that before.

I have seen the transformation in the boys, how they now develop, like fish in water”, exposes the actor.

“I say, what a father, but they are also mixed emotions because it cost me a lot, I threw myself into my family at the age of 14, one day before my birthday, and I had to pay a very high price,” he confesses.

A few streets away, Emilio López, 20, says that he still cannot get his family to accept that he is gay, however, his greatest fear is in the streets.

“It terrifies me because recently a boy was thrown acid near my house.

It is like a town, a lot is still needed, in my state there is not even same-sex marriage,” says the young man who lives in Tlalnepantla, State of Mexico.

”I like to see everything colorful because that is how we make ourselves known, but we have always existed.

This will be over in a day, but I assure you that tomorrow they will disrespect someone who put on makeup or a couple who show their affection in public”, warns a mechanical engineering student.

From 8 in the morning until nightfall, members of the LGTBIQ+ community took over the center of Mexico City.

The head of government, Claudia Sheinbaum, led the flag, booed by many of those present.

All in broad daylight and then, with the shelter of the night.

That was his biggest protest, to express himself, "and the one he supports", as was heard many times among the attendees. 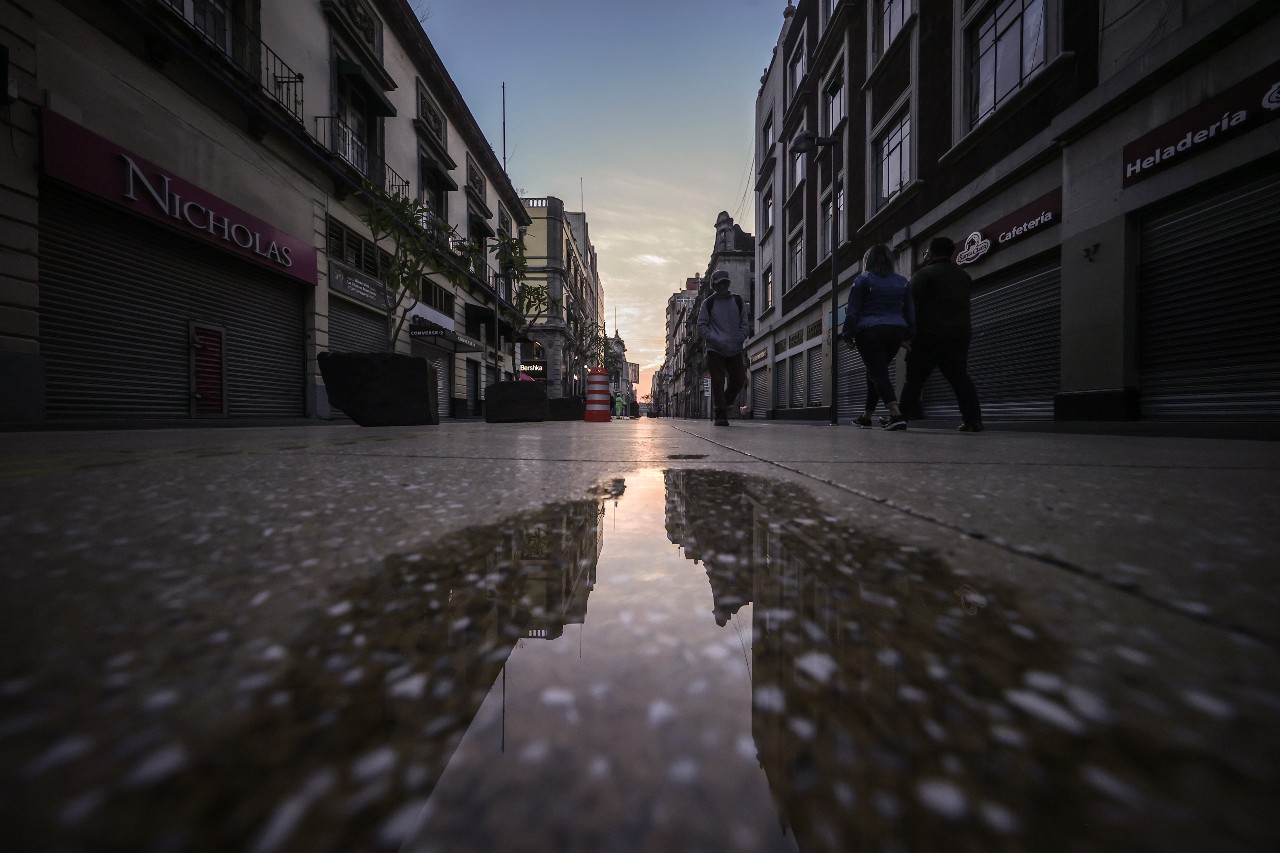 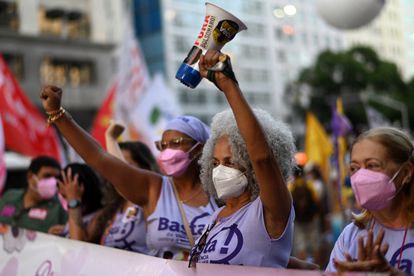 8-M: Latin American women claim their rights in the streets 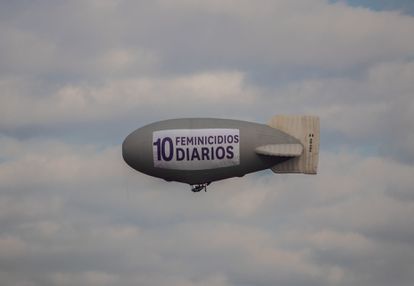 A zeppelin for the pain of femicides flies over Mexico City 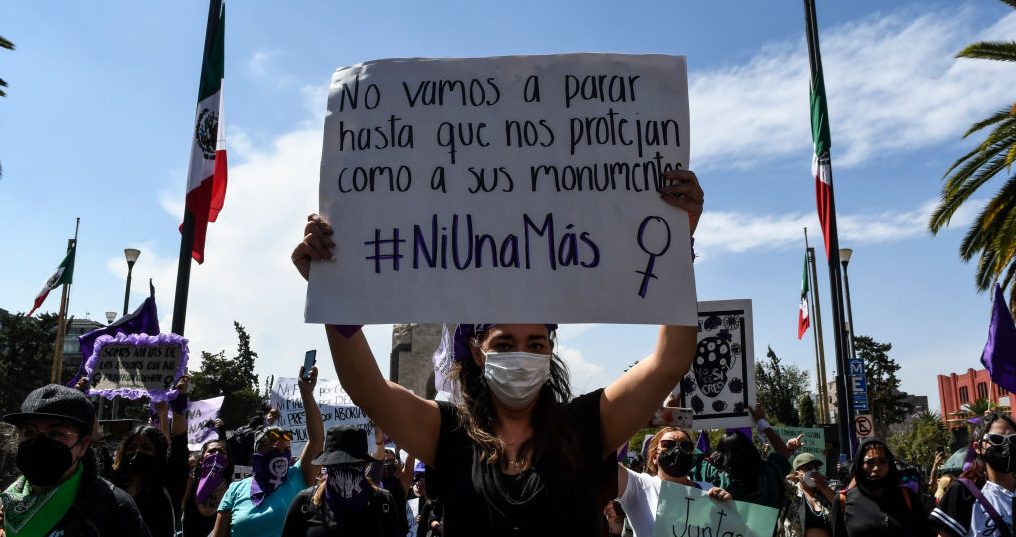 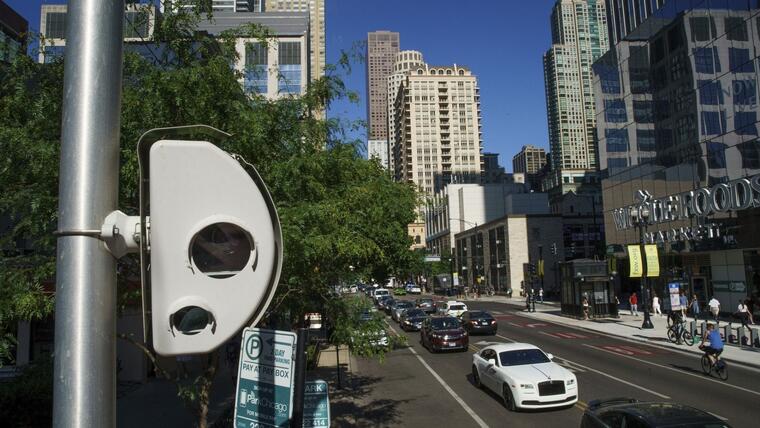 "Not one more murdered": thousands protest indignantly in Mexico for Women's Day 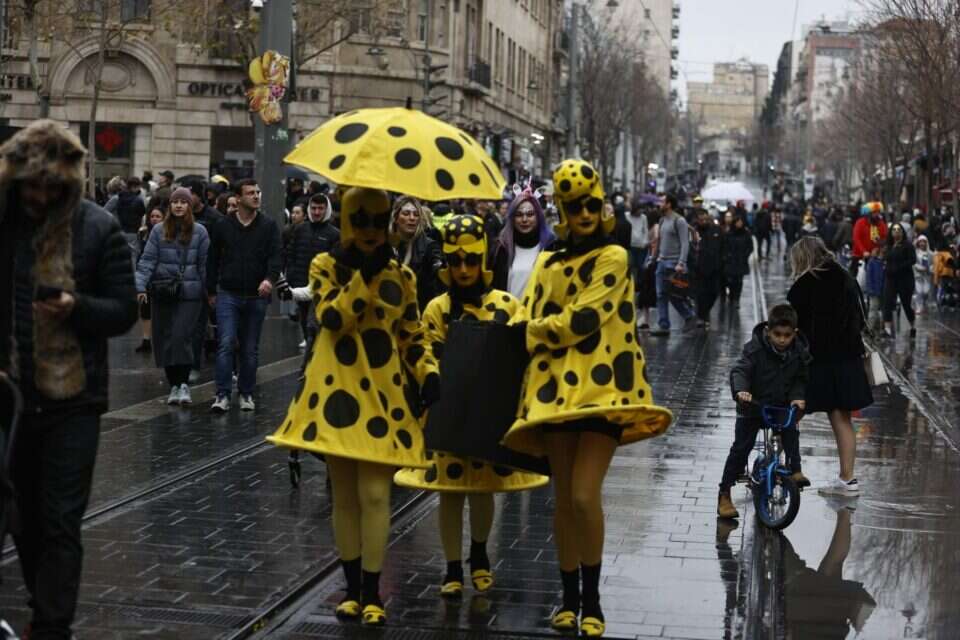 Cambodia Scam Case | Zhuo Xiaoye: Rescue is the most difficult to confirm the location and calls on victims to take pictures and send them to the immigration department
2022-08-19T02:47:56.839Z