Departure on the left: did the party congress bring the hoped

A new board, a sharper condemnation of Russia and the serious processing of its own MeToo debate: in Erfurt, the left worked on itself and on a new beginning. But is that enough to win elections again? 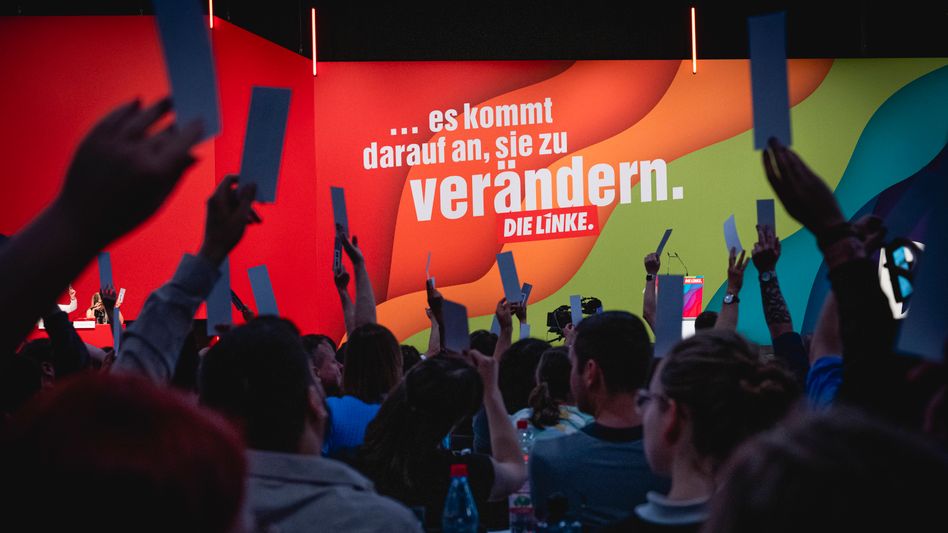 Voting at the party conference of the left in Erfurt

The party conference in Erfurt has already been going on for a day when Bundestag member Sören Pellmann addresses the left's primary problem: the formation of camps.

There are supposedly the "Bartschists" and the "Wisslerists," he says in his application speech for the party chairmanship.

And he himself, he was probably a "wagon boy."

What is meant are the reformers around parliamentary group leader Dietmar Bartsch, the movement left around party leader Janine Wissler - and the left-wing supporters of ex-group leader Sahra Wagenknecht.

What is also meant is the eternal dispute between groups.

For years, the tactician Bartsch has been protecting the "wagon servants," who are making it difficult for Wissler's party establishment to form a progressive left.

The camps paralyze the left.

There would be a lot to work through for the party: after several electoral defeats and a MeToo debate, it is in an existential crisis.

The left only sits in the Bundestag because it was able to move in with three direct mandates despite a meager 4.9 percent.

The Erfurt party conference should now actually clarify the problems of the past - and send a signal for a new start.

At the same time, the party had to agree on a common position in the Ukraine war;

the Executive Board wanted to clearly condemn the Russian war of aggression, while the Wagenknechts wanted to weaken many of the formulations.

In Erfurt, many tried to downplay the camp dispute.

"These current debates harm us," said parliamentary group leader Bartsch, "we are a left or we are not a left."

The political opponent is "not inside the party, but outside it," Wissler called out to the delegates.

Camp labels "stick very quickly," said Pellmann in his speech, "but say nothing at all about the ability to cooperate politically."

The party must learn to talk to each other again instead of stigmatizing each other.

Pellmann received a lot of applause for the statement, across camps.

But by Sunday the "ability to work together politically" was over.

Pellmann lashed out at the new management duo in an interview with SPIEGEL.

He misses a real dialogue between the camps of the party, personal commitment is "trampled" by the party leadership.

That was after his defeat in the contest vote for party leadership.

The Saxon MP received just under 32 percent of the delegate votes.

The European politician Martin Schirdewan was elected with a clear majority and will form the party leadership together with Janine Wissler.

Together, both now face the task of uniting the party.

And to make that visible to voters as well.

The party congress showed how difficult this will be in several places:

If delegates agreed on one point in the run-up to the party congress, it was that the mood would change at the latest when the Russian war of aggression was dealt with.

In the main motion, the Left leadership had taken a clear position on the suffering of the people in Ukraine. Russia was named there as an imperial aggressor and the attack, which violated international law, was sharply condemned.

Several amendments – including one from the Wagenknecht camp – wanted to counter this with a relativizing reading.

Although the other motions also condemned the war as “violating international law”, they wanted to add that NATO and the USA were partly to blame for the conflict and a clear no to sanctions against Russia.

Emotional war debate on the left: "Should the Ukrainians embrace the Russian tanks?" An interview by Timo Lehmann and Marc Röhlig, Erfurt

"We know that this war has a history," Wissler said in front of the delegates, "but there is no justification for this war." If the left condemns wars of aggression by the USA or NATO, then that must also apply to Kremlin chief Vladimir Putin.

Young delegates like the Ukrainian-born Sofia Fellinger even spoke out in favor of arms deliveries.

She condemned the relativizing verbal contributions of some comrades as "intolerable".

The member of parliament Andrej Hunko, one of the Wagenknecht camp, later contradicted: Yes, the war was criminal, "but it also has a specific history," among other things, only the eastward expansion of NATO paved the way for the war.

Other delegates spoke of a “mainstream” that wanted to promote a “demonization of Russia”.

The biggest concern: the left may give up its peace policy core.

In the end, the protest was useless - the leading motion from the party executive prevailed with a clear majority.

It calls for an immediate ceasefire, a Russian withdrawal and negotiations.

And still a clear no to arms exports.

The realpolitik contradiction of the left remains: show solidarity, but don't deliver weapons?

That may have brought the majority of the party behind the lead motion, but it is not a solution for Ukraine.

On Friday evening, the youth association organized a very impressive discussion on the stage.

Frightening minutes were read out by those affected, and the comments afterwards were factual and appropriate to the matter.

At no time during the weekend was it so quiet in the Erfurt exhibition hall.

Ever since SPIEGEL revealed the allegations in the Hessian state association, a storm had gone through the party.

The party praised improvements in many places and relies on an external contact point.

Gregor Gysi's speech on Saturday was completely misplaced. He spoke about the party not being allowed to deal with trivial matters and cited gender as an example.

In fact, the topic had played no role at all in Erfurt, Gysi's speech was received as if it were directed against the MeToo debate, which the party had done so well on Friday evening.

There was also an incident when Wissler was elected, when a young woman described her experiences and expressed her dissatisfaction with the election.

The party showed its ugly face in dealing with the events.

A confused man yelled "piss off" at the young woman, others booed, some delegates made faces.

In the final minutes of the party conference, Wissler and the left-wing youth practiced reconciliation: the party leader solicited the support of the delegates for a motion by the youth association that the left should conduct a member survey on experiences with sexism.

Even if by no means all boys buy the commitment of the party leader - the application was accepted.

With Wissler and Schirdewan, the earlier course is continued politically.

Wissler stands for the left camp, Schirdewan replaces the resigned Susanne Hennig-Wellsow for the Realpolitiker.

The crucial question will be whether the new duo will harmonize.

Wissler and Hennig-Wellsow had hardly spoken to each other.

Whether Schirdewan can deal better with Wissler is an open question.

Working with the newly elected federal manager Tobias Bank could be even more difficult.

The ex-group employee is considered a loyal supporter of group leader Dietmar Bartsch, who traditionally has a bad relationship with the party leadership.

The new constellation could be an opportunity to settle the eternal dispute between the party and the parliamentary group.

But it could also make the situation even more difficult.

Bodo Ramelow on the crisis of the left: »I want to change the Federal Republic« An interview by Martin Knobbe and Steffen Winter

4. The possible departure of the wagon servants

The biggest loser of the party conference in Erfurt was not present: Sahra Wagenknecht was absent for health reasons.

Your camp was completely voted out of the party leadership.

So far, the members of the Bundestag around Wagenknecht have denied that they could leave the party or the parliamentary group.

However, the first so-called “car servants” have already left, as they announced on Facebook.

Further consequences are expected in the coming days and weeks.

How is the party going?

If you ask around in Erfurt, most delegates perceive the party congress as a departure.

Recently there has rarely been so much unity on the left.

So much hope too.

It could actually be measured in 2023 at the earliest: in the state elections in Lower Saxony this October, the left will have little chance of great success.

Next year in May, however, Bremen will elect a new citizenship.

There, the Left won 11.3 percent of the vote in 2019 and has been part of a successful government ever since.

A similarly good result in the coming year would be balm for the party – and the new leaders.

Otherwise the left will soon be back where it was in Erfurt: before an urgently needed renewal party conference. 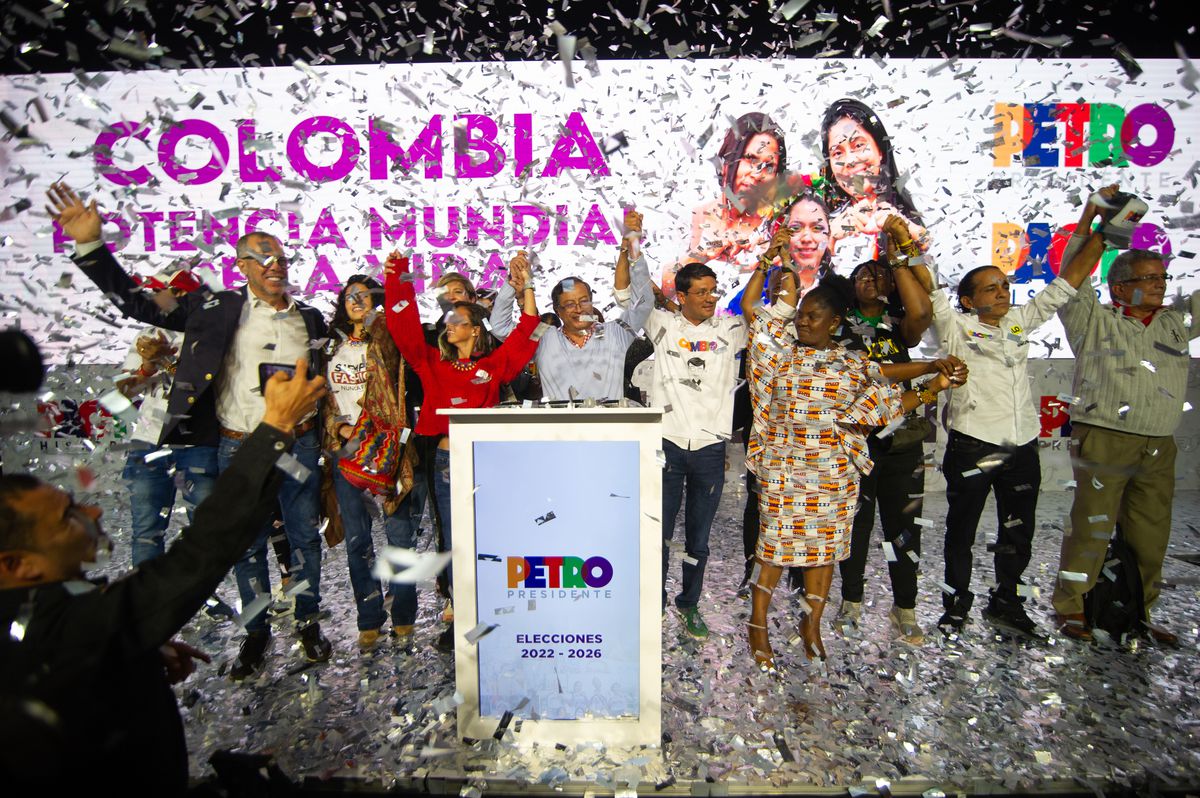 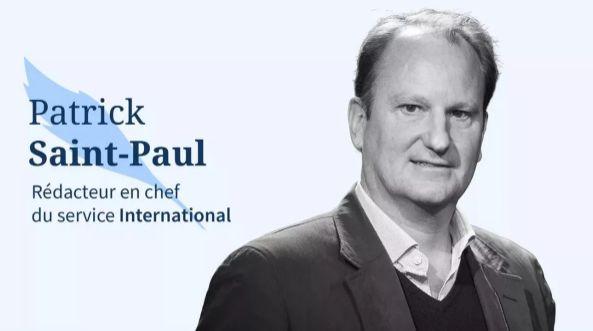 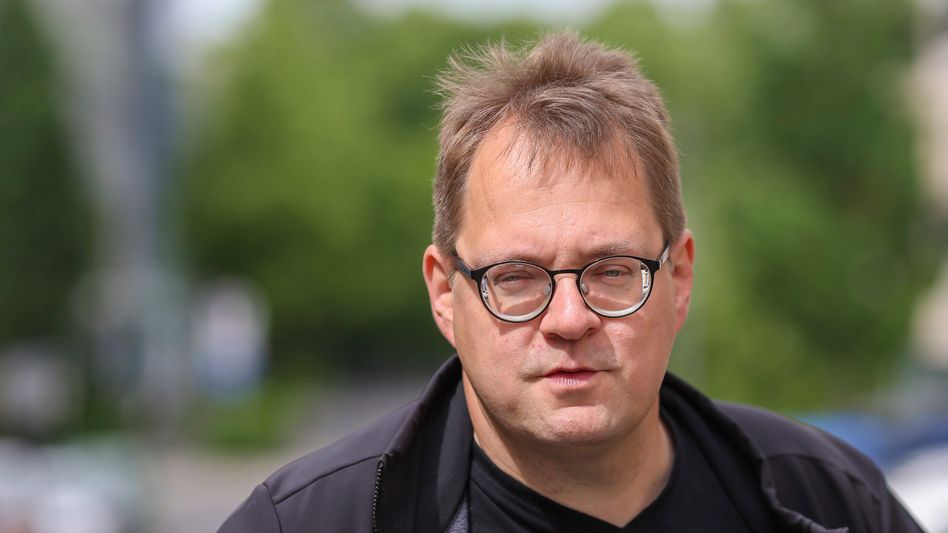