Florida Conservationists Capture Nearly 220-pound Python, the Heaviest Ever Found in the State

The python, which was found by the Conservancy of Southwest Florida, was also 5 meters long. Check out this huge python captured in the Florida Everglades 1:03 (CNN) -- It's huge, invasive and covered in scales: A 220-pound, 16-foot-long Burmese python was captured in Florida. The python is the heaviest ever caught in the state, the Conservancy of Southwest Florida announced Wednesday. The organization captured the huge reptile as part of its research program on the invasive Burmese py

Check out this huge python captured in the Florida Everglades 1:03

It's huge, invasive and covered in scales: A 220-pound, 16-foot-long Burmese python was captured in Florida.

The python is the heaviest ever caught in the state, the Conservancy of Southwest Florida announced Wednesday.

The organization captured the huge reptile as part of its research program on the invasive Burmese python.

Biologists found the female by tracking a male "scout snake" named Dionysus with a radio transmitter.

Males are attracted to larger females, according to the organization.

Thus, by following a breeding male like Dionysus, they can find and eliminate large breeding females and their eggs.

Ian Bartoszek, director of projects for the Conservancy of Southwest Florida, biologist Ian Easterling and intern Kyle Findley captured and euthanized the massive female python before bringing her to their field truck last December.

Bartoszek says they didn't realize the snake's size until they weighed it in the lab.

There was "collective disbelief" when they realized it weighed a whopping 97.5kg, beating the previous record of 84kg for a Burmese python caught in Florida.

But it wasn't until several months later, on April 28, that biologists had the opportunity to perform a necropsy on the snake.

They discovered that it had broken another record: it had the largest number of eggs ever found, with 122 eggs developing in its abdomen.

Burmese pythons are indigenous to Southeast Asia, where they are considered vulnerable to extinction due to overhunting.

But snakes that escaped the pet trade or were released into the wild have established a population in the Florida Everglades since the 1980s. As an invasive species, pythons threaten Florida's native wildlife, Bartoszek tells CNN.

Florida state authorities have taken steps to minimize the population, such as holding an annual "Python Challenge" to see who can remove and kill the most pythons.

There is "no other Everglades in the world," says Bartoszek.

"It's a unique bioregion, it's a gem," which is endangered by invasive pythons.

The necropsy revealed that the 98kg female python had hooves from a white-tailed deer in her stomach, an indicator of how pythons affect native Florida wildlife.

White-tailed deer are an important food source for Florida's native panthers, which are in danger of extinction.

The python "is a general predator," Bartoszek said.

Bartoszek says that while "eradication seems out of the question" at the moment, his three-person team is working to reduce and control the Burmese python population by eliminating breeding females.

In the past 11 years, they have removed more than 1,000 pythons, weighing more than 25,000 pounds total, from a small portion of the Everglades covering about 100 square miles.

Dionysus, the scout snake that led scientists to the record-breaking female, is the season's "MVP," the top-rated python, Bartoszek said.

He led the team to four other female Burmese pythons who were euthanized and retired.

"We are not here to receive praise," he said.

"We are here to raise awareness on this issue."

He added that scientists have "an enormous respect for this animal. They are a very remarkable species."

"We are on the science side, and in a way for the conservation of our native fauna," Bartoszek said.

Florida Conservationists Capture Nearly 220-pound Python, the Heaviest Ever Found in the State 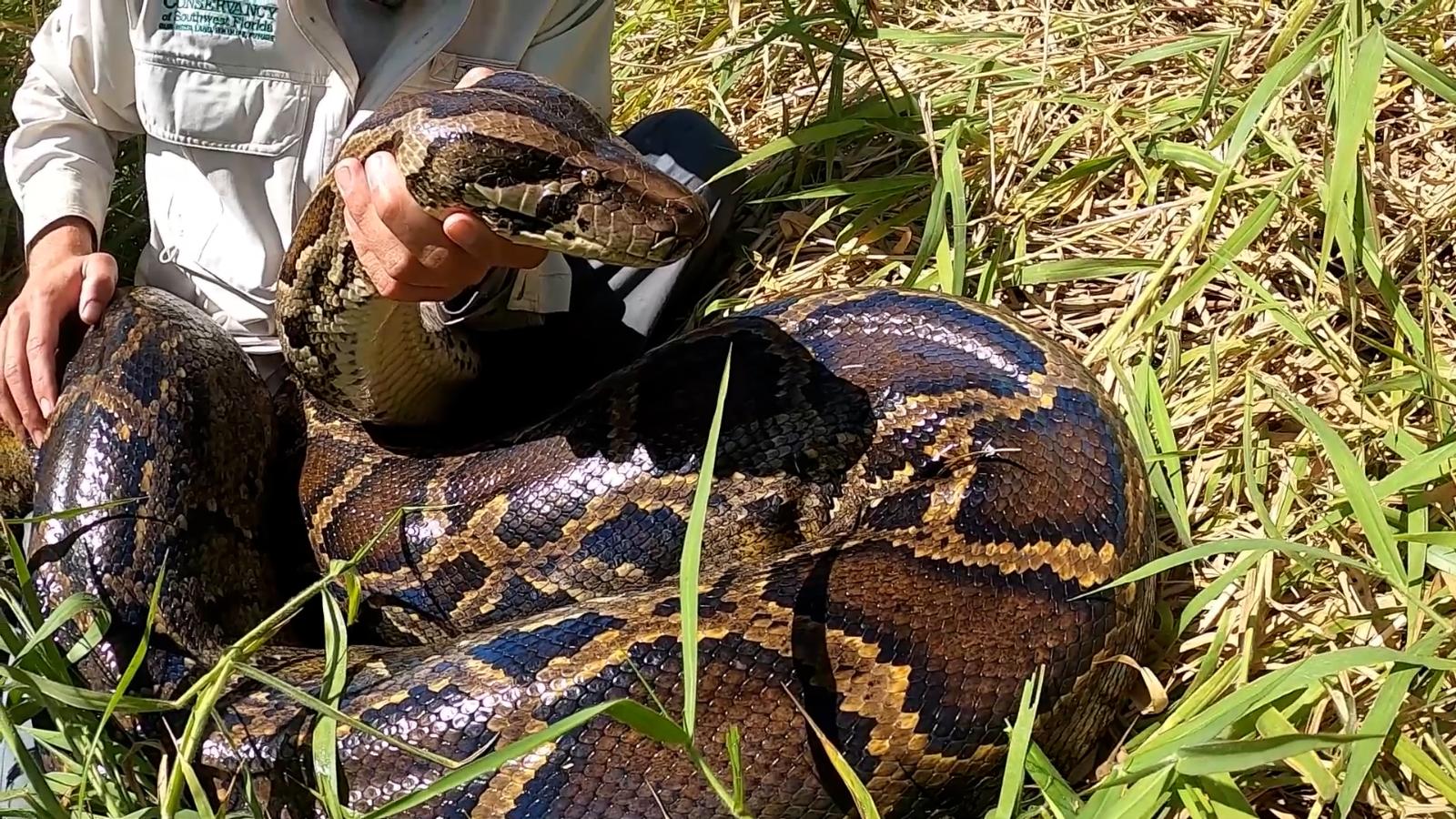 Biologists capture a 220-pound python in the Florida Everglades 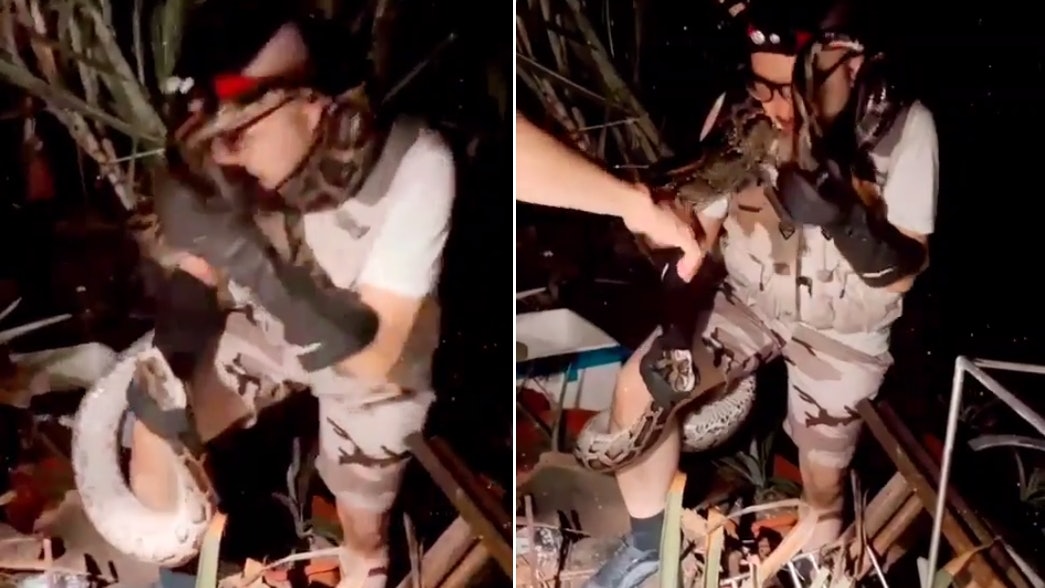 The giant python struggled to wrap its neck and directly attacked the snake king. The 4-meter-long Burmese python was captured alive and handed over to the Tai Po Police Station. 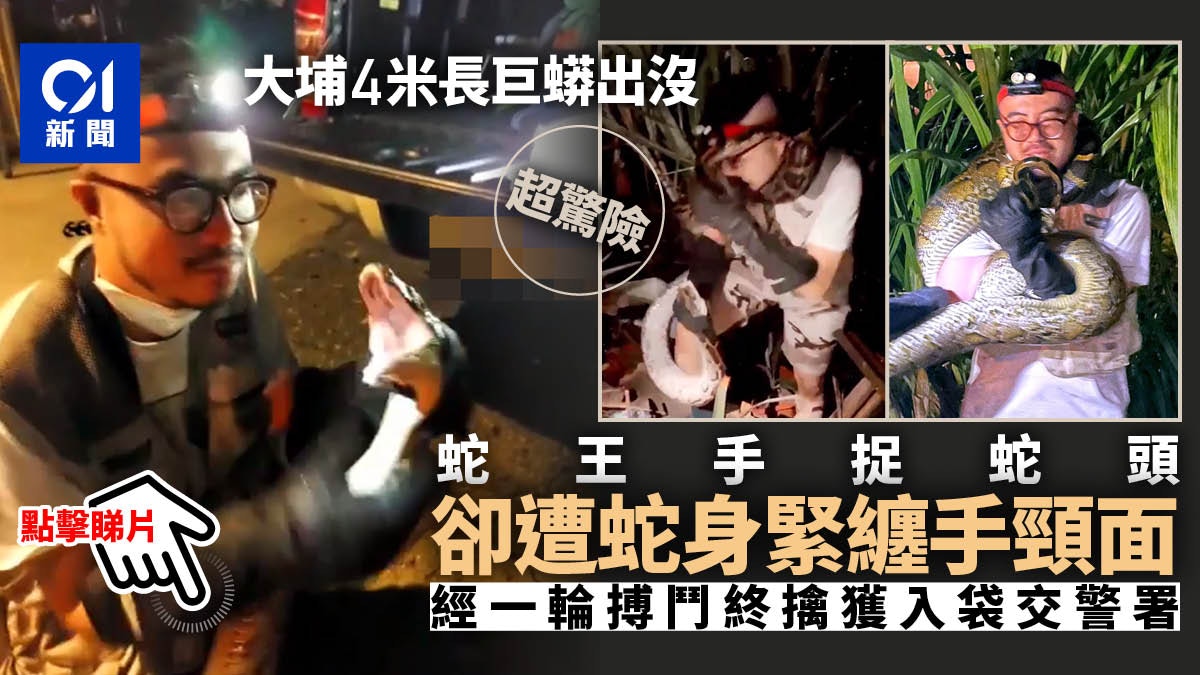 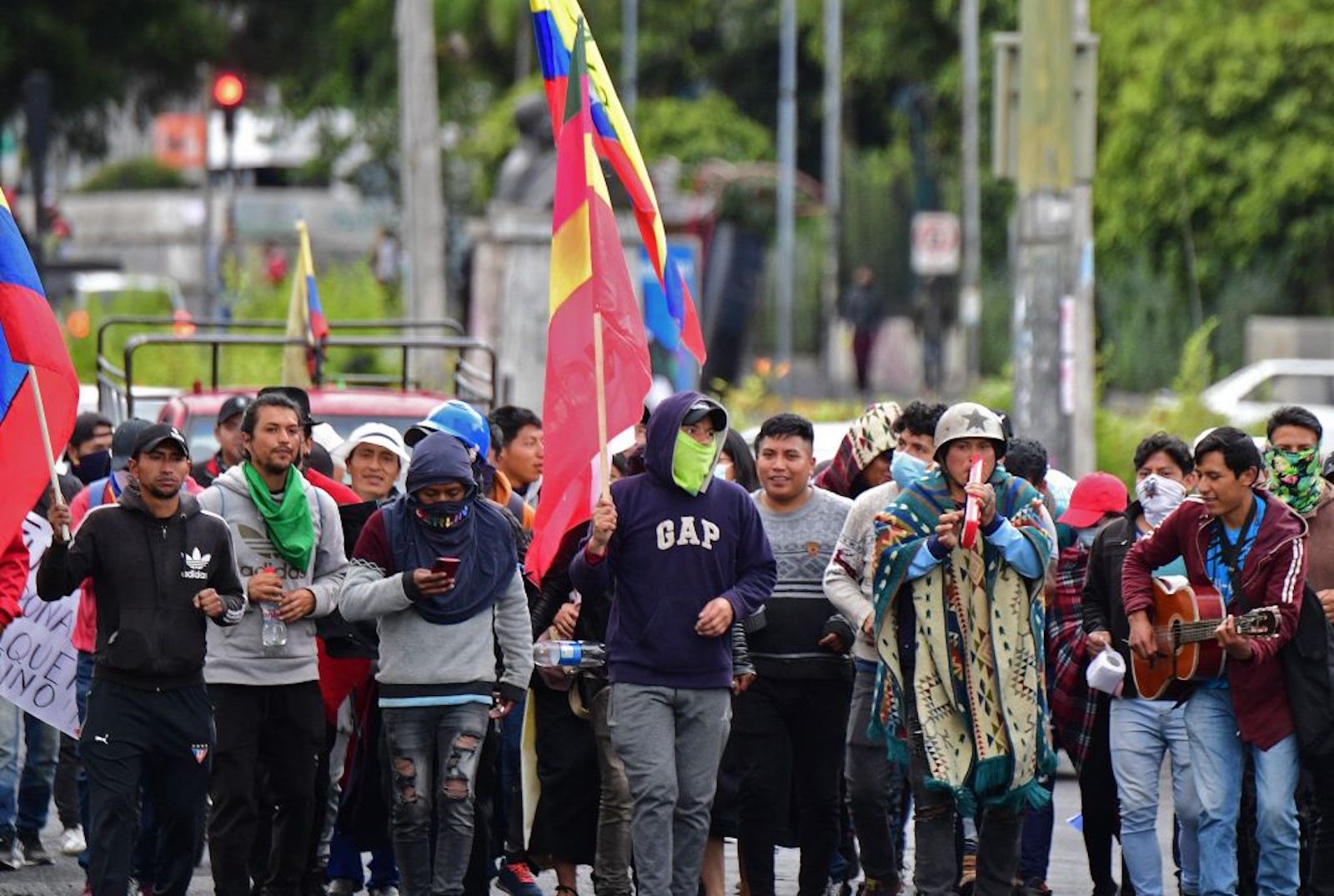 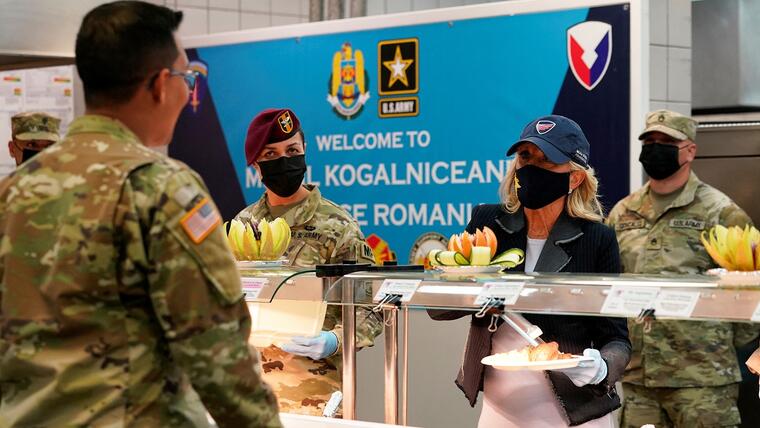 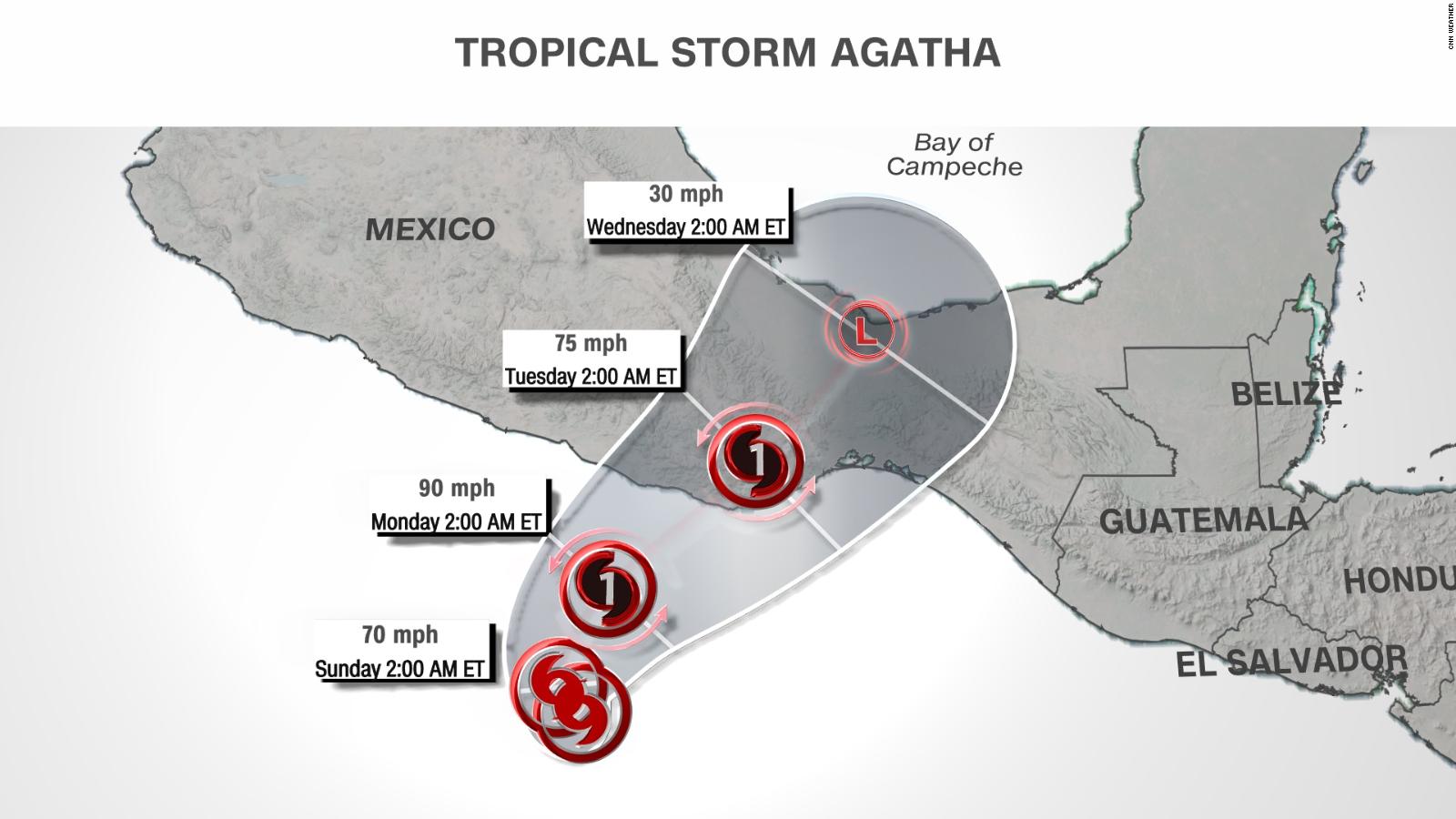 A hurricane watch is in effect for Mexico as Tropical Storm Agatha forms in the eastern Pacific.