Obama casually on the bench, Merkel with her arms outstretched in front of him: Many will probably remember the image that went around the world from the 2015 G7 summit in Elmau. Apparently also the heads of state and government gathered this time. 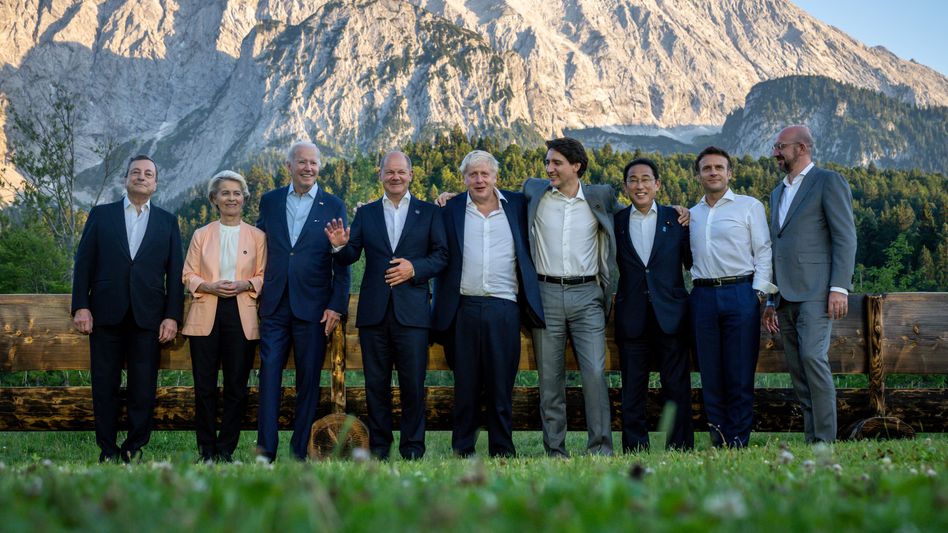 That should be the image that sticks in people's minds from the G7 summit in Elmau, Bavaria: the heads of state and government of leading democratic economic powers gathered on Sunday evening at the legendary wooden bench on which an iconic image of the former chancellor was painted in front of Schloss Elmau in 2015 Angela Merkel (CDU) was formed with the then US President Barack Obama.

Seven years ago, Obama sat in the middle of the bench and casually spread his arms on the backrest, while Merkel stood in front of him with her arms also spread.

This time the seven heads of state and government as well as EU Commission President Ursula von der Leyen and EU Council President Charles Michel stood in a row behind the bench with the Alpine panorama in the background.

Johnson, in turn, put his arm like a buddy around Chancellor Olaf Scholz, who is hosting the three-day summit.

French President Emmanuel Macron did without his jacket.

The photo was taken after a dinner that was supposed to be about security policy - especially the Ukraine war.

The nine summit participants made it to the bank just in time before sunset, when the last rays of sun were still falling on the Wetterstein mountains. 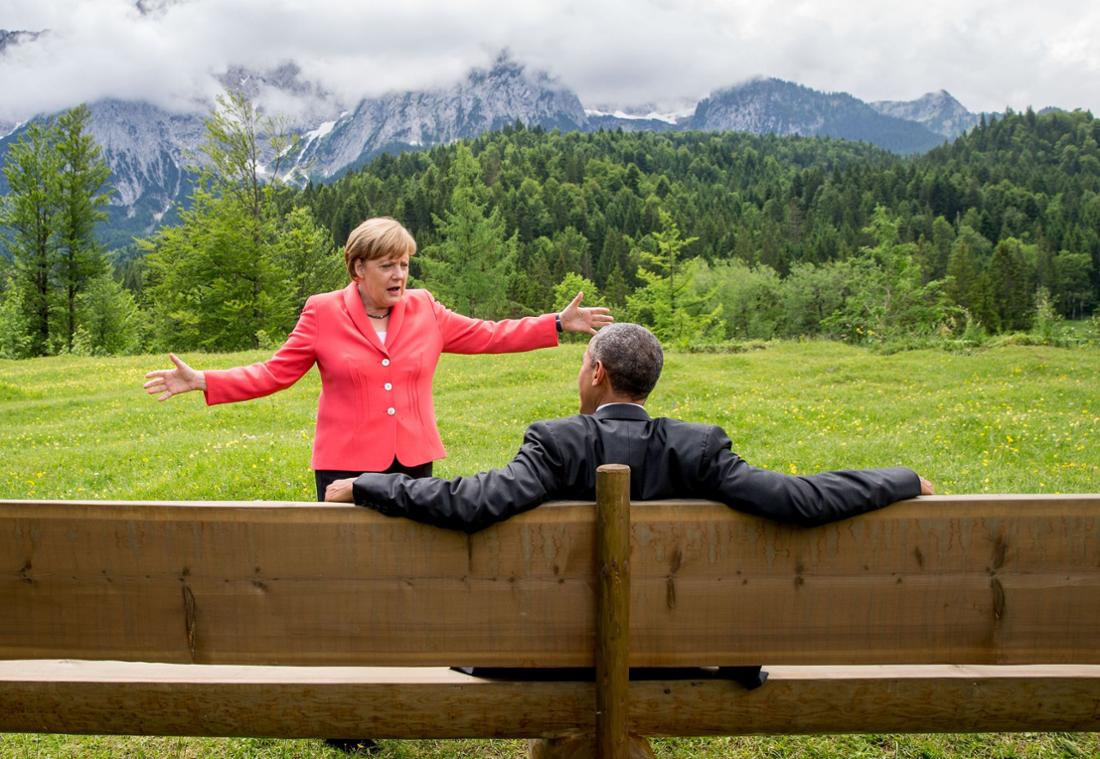 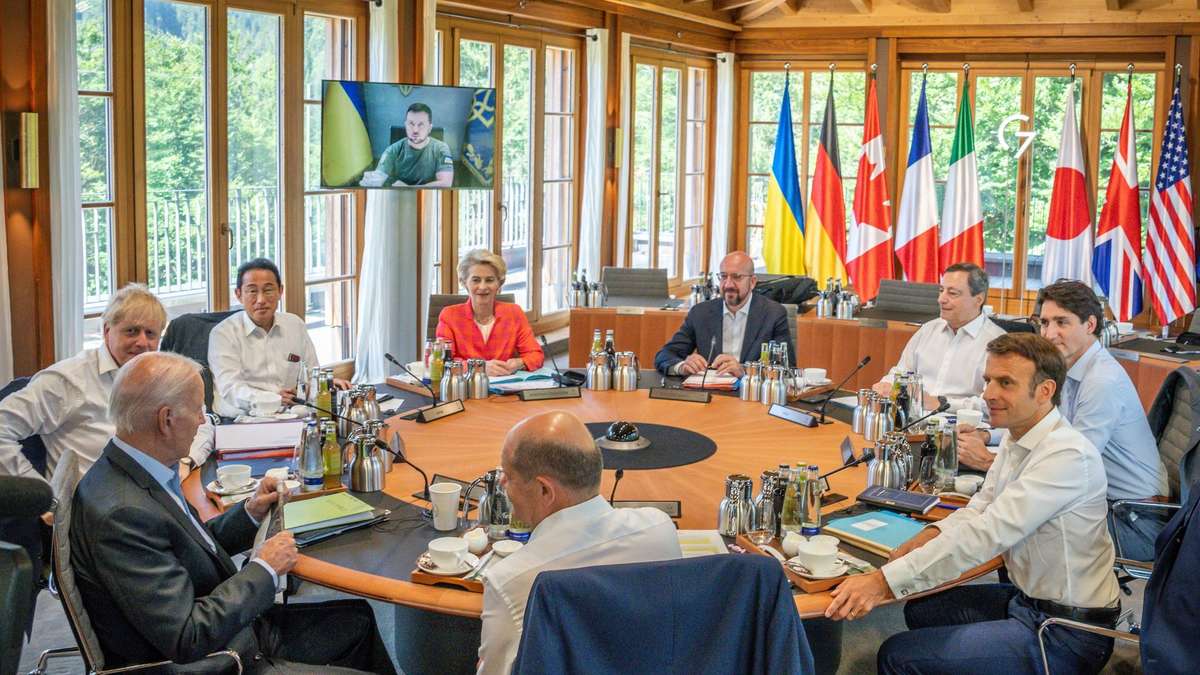 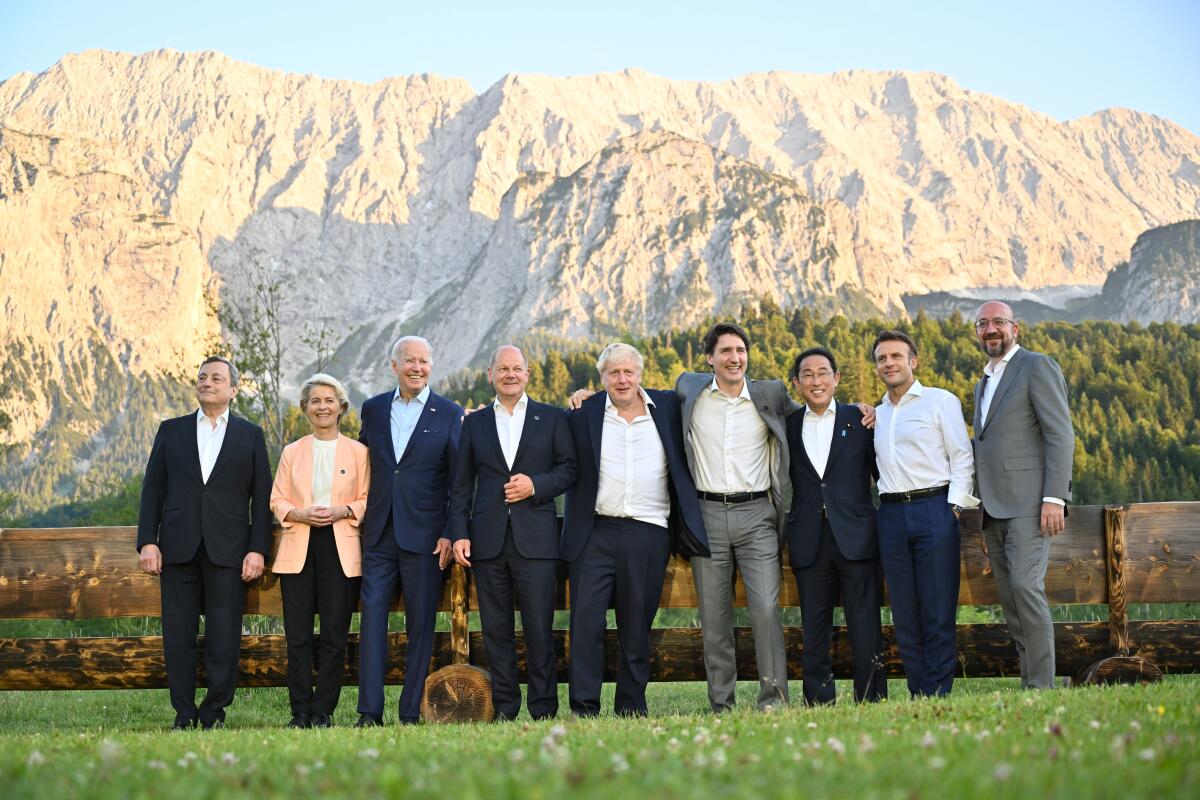 Second day of the G7 summit in Elmau: That's on the agenda today