The typhoon season kicked off, causing the Observatory to issue the first alert signal No. 1 this year. The tropical cyclone was officially named Siamba this morning (30th)! According to the Observatory, according to the current forecast path, Tropical Storm Siamba will continue to approach Guangzhou.

The typhoon season kicked off, causing the Observatory to issue the first alert signal No. 1 this year. The tropical cyclone was officially named Siamba this morning (30th)!

The Observatory said that according to the current forecast path, Tropical Storm Siamba will continue to approach the coast of western Guangdong, and the local wind will gradually strengthen tonight, and the No. 3 strong wind signal will be considered at that time.

Standby Signal No. 1 is now in effect.

The Observatory said that tropical depression Siamba has intensified into a tropical storm.

At 12 noon, Siamba assembled about 710 kilometers south of Hong Kong, and was expected to move north-northwestward at a speed of about 12 kilometers per hour, roughly moving toward the western coast of Guangdong.

The Observatory continued to point out that in the past few hours, Siamba has gradually moved northerly and has intensified slightly.

According to the current forecast path, as Siamba continues to approach the western coast of Guangdong, the local wind will gradually intensify tonight. At that time, the Observatory will consider issuing the No. 3 strong wind signal.

There will be swells in the sea and citizens should stay away from shore and stop all water activities.

The Observatory predicts that Siamba will gradually break into the 400-kilometer range of Hong Kong tomorrow (July 1). At that time, there will be squally showers and thunderstorms in Hong Kong, and strong winds of magnitude 7 will blow occasionally in the highlands. The potential is sometimes great.

The Observatory predicts that Siamba will continue to approach the western coast of Guangdong.

Macao Meteorological Bureau: There is a high chance that the No. 3 typhoon will be issued tomorrow morning to morning

The Macao Geophysics and Meteorological Bureau stated that the tropical depression in the central part of the South China Sea has intensified into a tropical storm, and it is expected to move slowly to the northwest, generally heading towards the area from western Guangdong to Hainan Island. high.

In addition, the Bureau of Meteorology expects that, affected by the development of another low-pressure area east of the Philippines, the strength and path of Siamba will still be highly variable in the future. Opportunity to change to a higher typhoon.

According to the current forecast, the probability of the No. 8 typhoon being issued from tomorrow night to the early morning of the next day is low to moderate.

Affected by the circulation and rainbands of "Siamba", the Meteorological Bureau expects that the weather in Macau will become unstable from tonight, and the wind will intensify in Macau from tomorrow to Sunday (3rd), with more frequent showers and thunderstorms; plus The next few days will be astronomical spring tides. Under the influence of superimposed storm surges and continuous rainfall, there will be flooding in the inner harbor area from morning to noon on Friday and Saturday. Waterproof measures.

▼October 13, 2021 Typhoon Compass hit Hong Kong, and many citizens went out or chased the wind▼

The Observatory issued the first typhoon signal No. 1 this year, 2 hours later than Macau. The Observatory pointed out that the weather on 7.1 will gradually deteriorate and the wind will increase. Return to Sunrise Street and remember to bring an umbrella to play the wind | The Observatory will consider issuing the No. 1 typhoon tonight It is expected that the tropical storm will be upgraded on 7.1 and will hit the port for 400 kilometers. 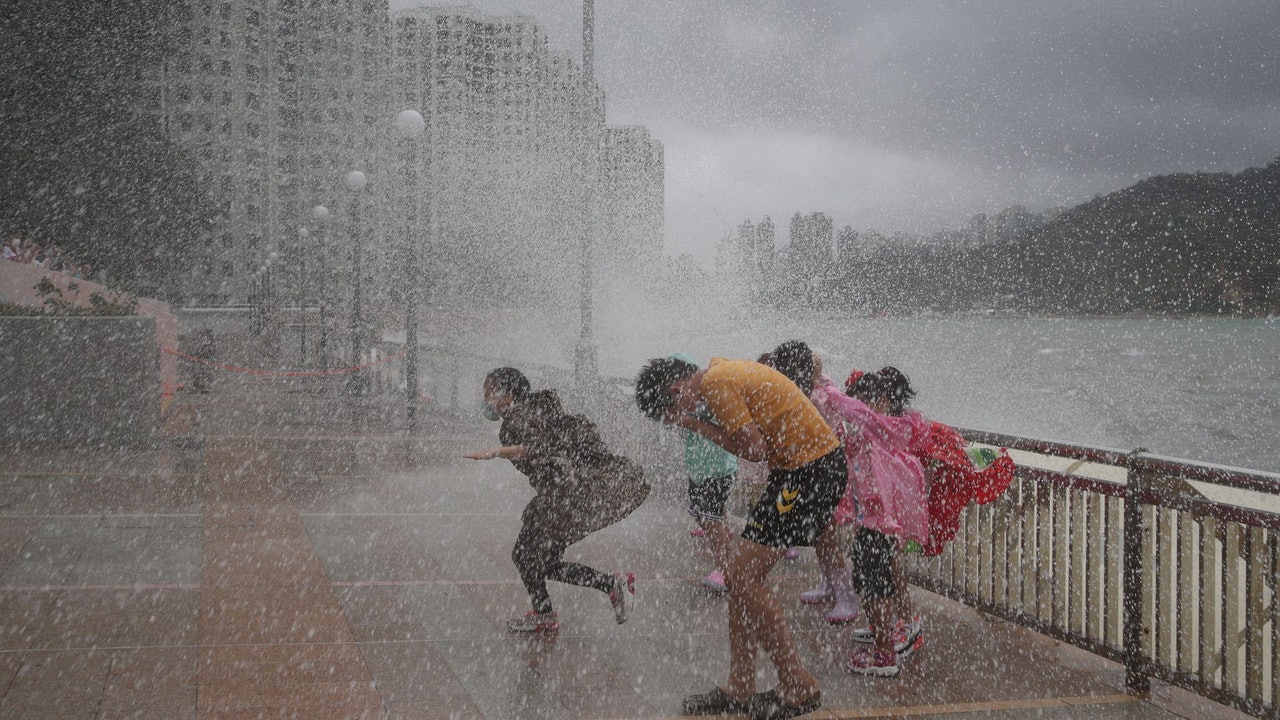 Siam Ball. Latest | The Observatory reissued the No. 3 typhoon signal before midnight, and it remains to be analyzed whether the No. 8 typhoon signal 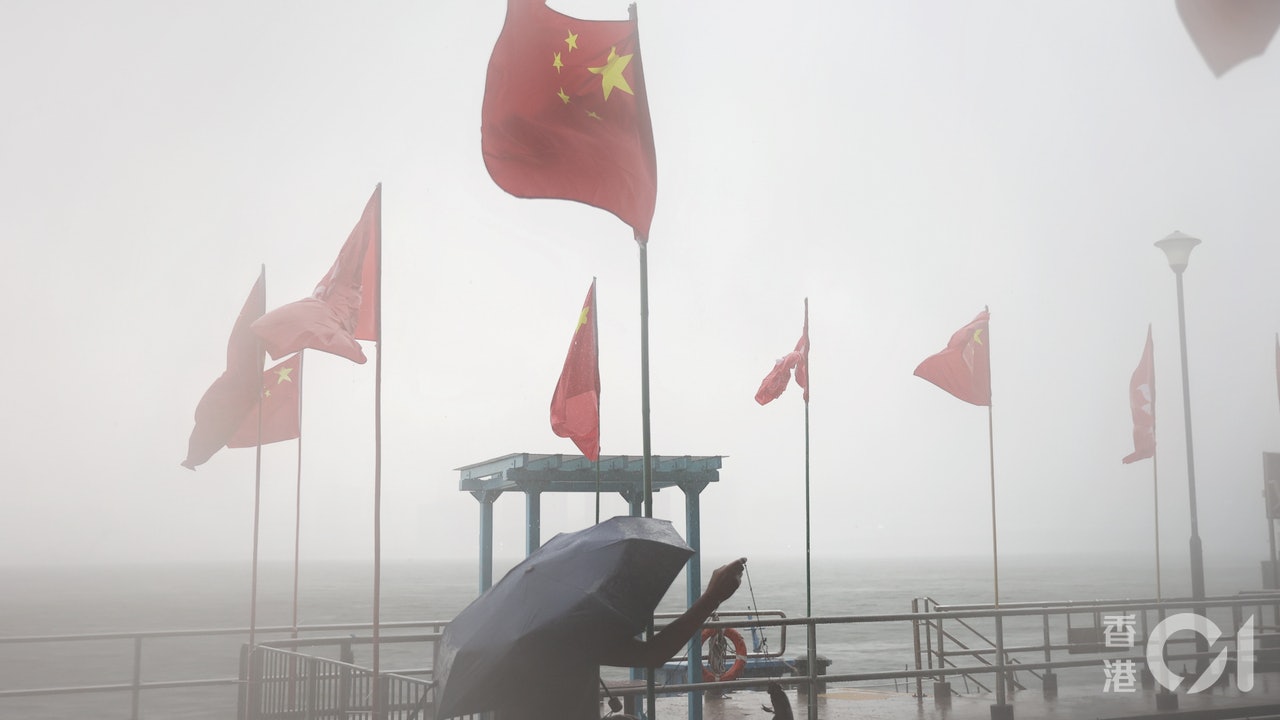 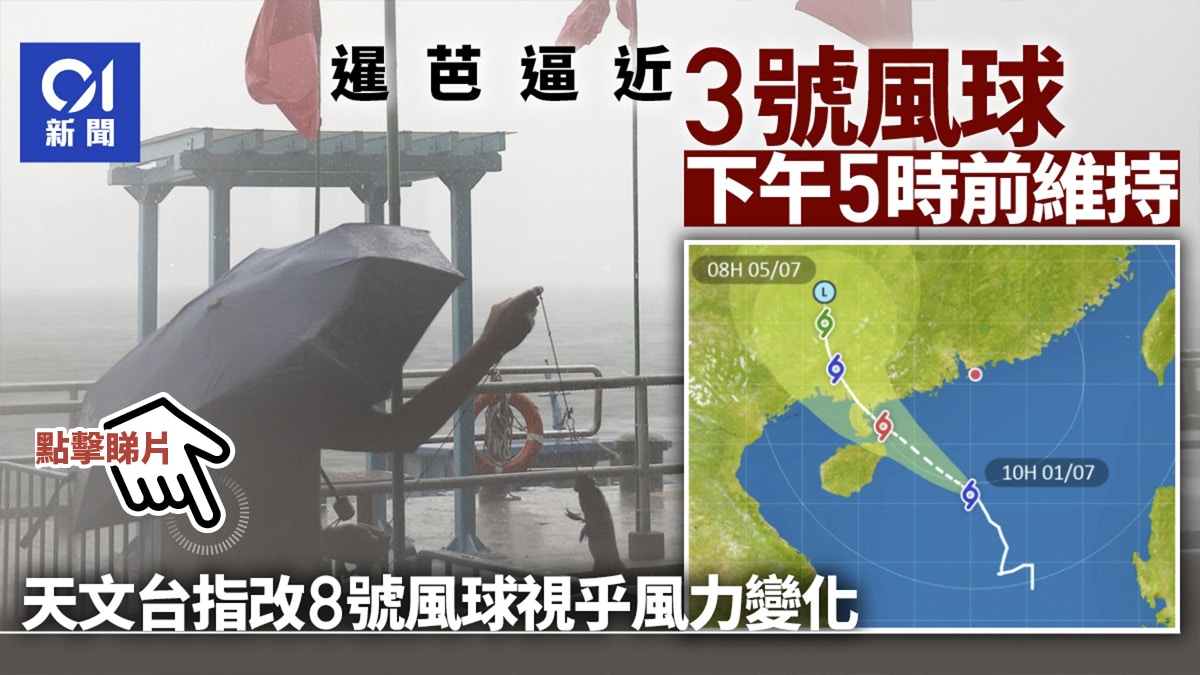 Siam Ball. Latest | Typhoon Signal No. 3 will be maintained at night in Macau until 5:00 p.m. or consider hanging on No. 8

Siam Ball. Latest｜The Observatory will issue a Typhoon Signal No. 3 from 10:00 pm to 12:00 midnight

Siam Ball. Latest | The Observatory reissued Typhoon No. 3 at 10:20 p.m. The wind continued to intensify 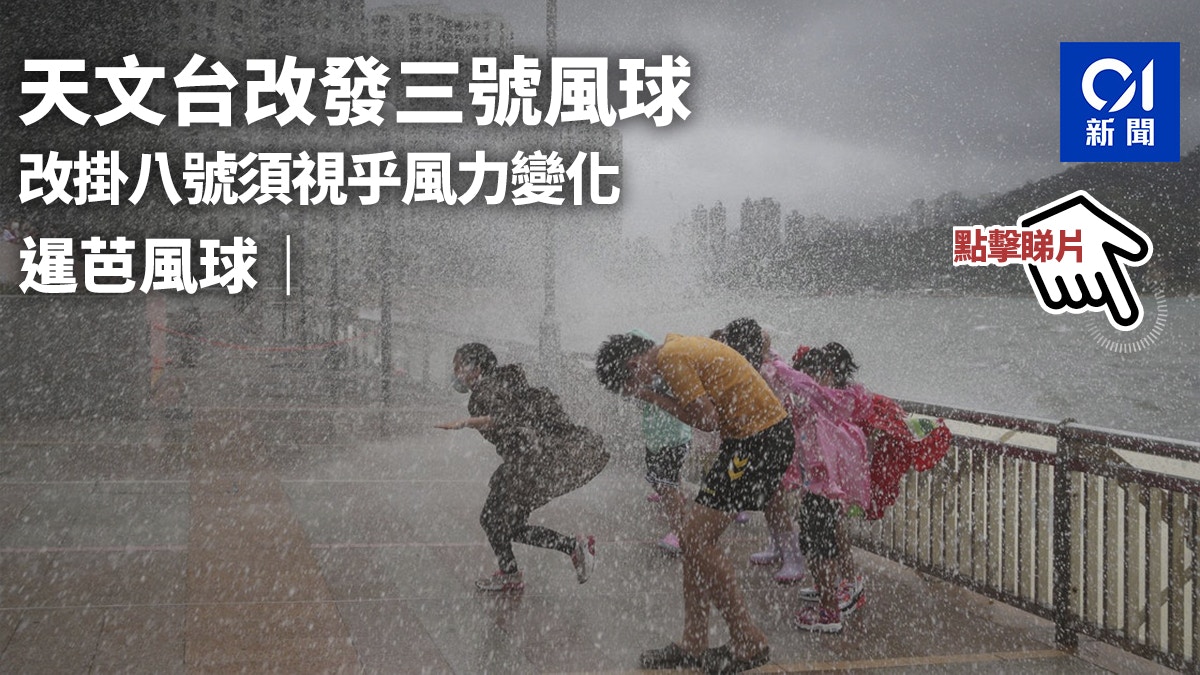 Siam Ball. Latest | The Observatory's change of typhoon signal No. 3 to No. 8 depends on wind changes