The Observatory issued the first typhoon signal No. 8 this year last night (July 1) when Siam Ba hit Hong Kong. According to the Hospital Authority, as of 0:30 a.m. today (July 2), 1 member of the public was injured during the storm and required emergency treatment in a public hospital. 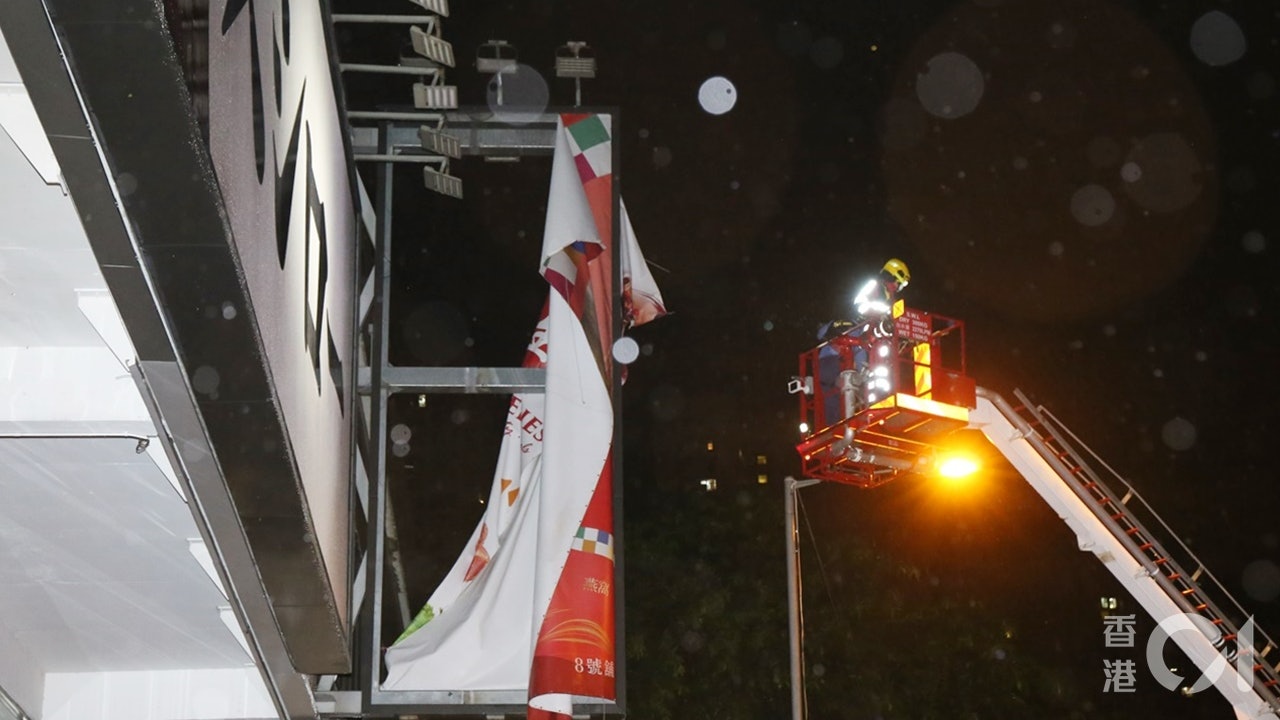 According to the Hospital Authority, as of 0:30 a.m. today (July 2), one member of the public was injured during the storm and needed to be treated in the A&E department of a public hospital; and as of 4:30 a.m., the government's 1823 call center had received 21 cases Reports of fallen trees; the Home Affairs Department opened a total of 25 temporary shelters in various districts, with a total of 81 people staying.

Under the storm, there were fallen trees or dangerous signboards in many areas.

At about 0:00 in the morning, a signboard canvas measuring 30 feet by 10 feet on the exterior wall of Haoyuan Shopping Centre, No. 110 Lung Cheung Road, Wong Tai Sin, was blown off in the wind and rain, and was shaky in mid-air.

The fire department arrived at the call and lifted the ladder to remove it.

Fortunately, there were no casualties in the incident.

The Observatory said that Siamba will pass southwest of Hong Kong this morning, at a distance of about 300 kilometers.

According to the latest forecast path, Siamba will adopt an easterly path than before, and its gale area will continue to affect the Pearl River Estuary for a period of time.

The rainbands associated with Siamba will continue to bring occasional heavy showers and violent gusts to Hong Kong.

Gale or Storm Signal No. 8 will be maintained until noon.

▼ On the evening of July 1st, the typhoon on the 8th of Xinghua Village hit the shore with big waves▼

Live | Observatory: Typhoon Signal No. 8 to maintain all day schools suspended until noon Siam Baha Typhoon Signal | Lei Yue Mun merchants close early, Drainage Services Department staff inspect the flooding black spot Siem Ba Typhoon Signal | Forbidden City opening on Saturday, weather changes due to wind signal No. 8 The Siamba typhoon ball will open within three hours after the ball is cancelled | Yuen Long wind chasers go to Xinghua Village to watch the waves and the civil security team is there to call for the Siamba typhoon ball to stay away from the shore | Special trip from Tsuen Wan to Tsim Sha Tsui to watch the waves: feel the power of nature 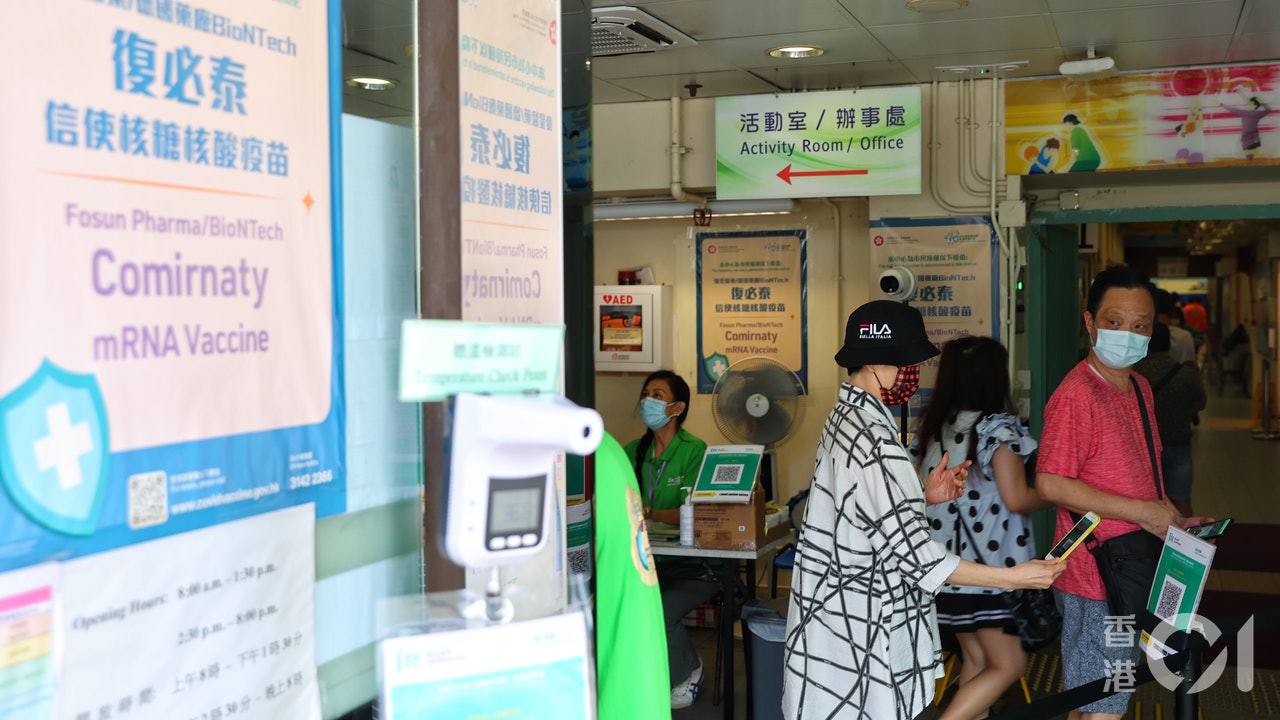 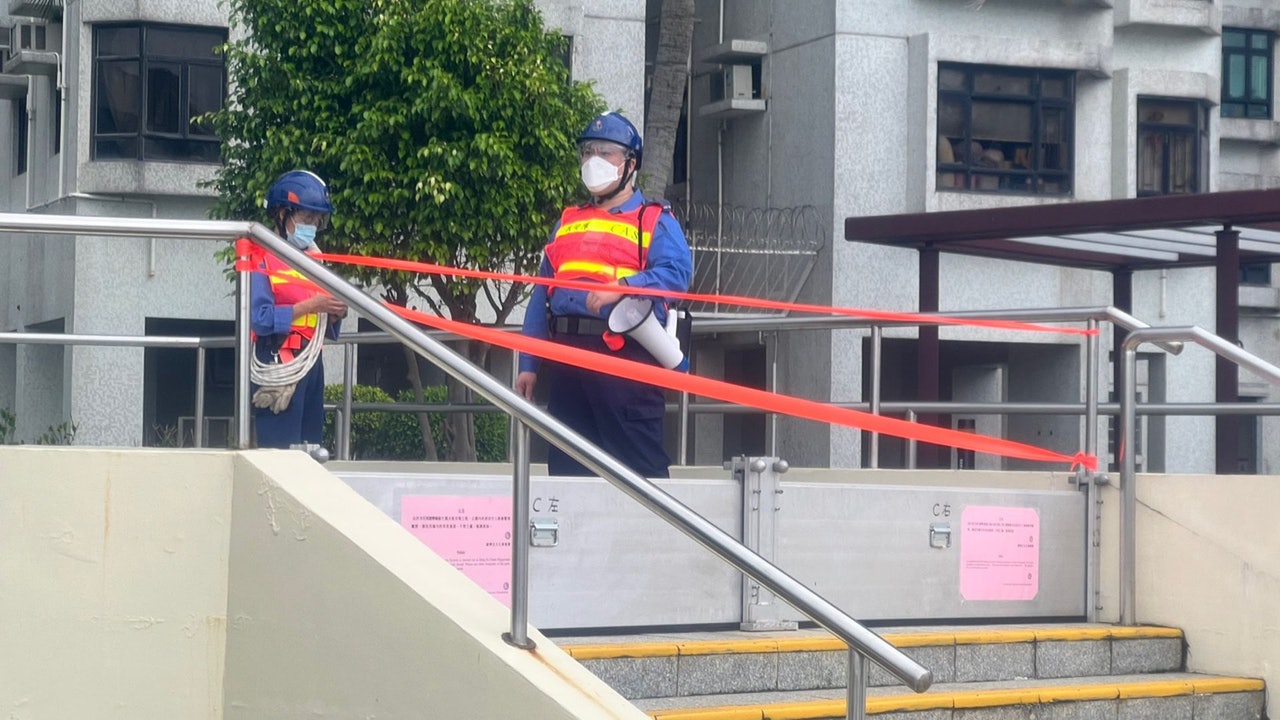 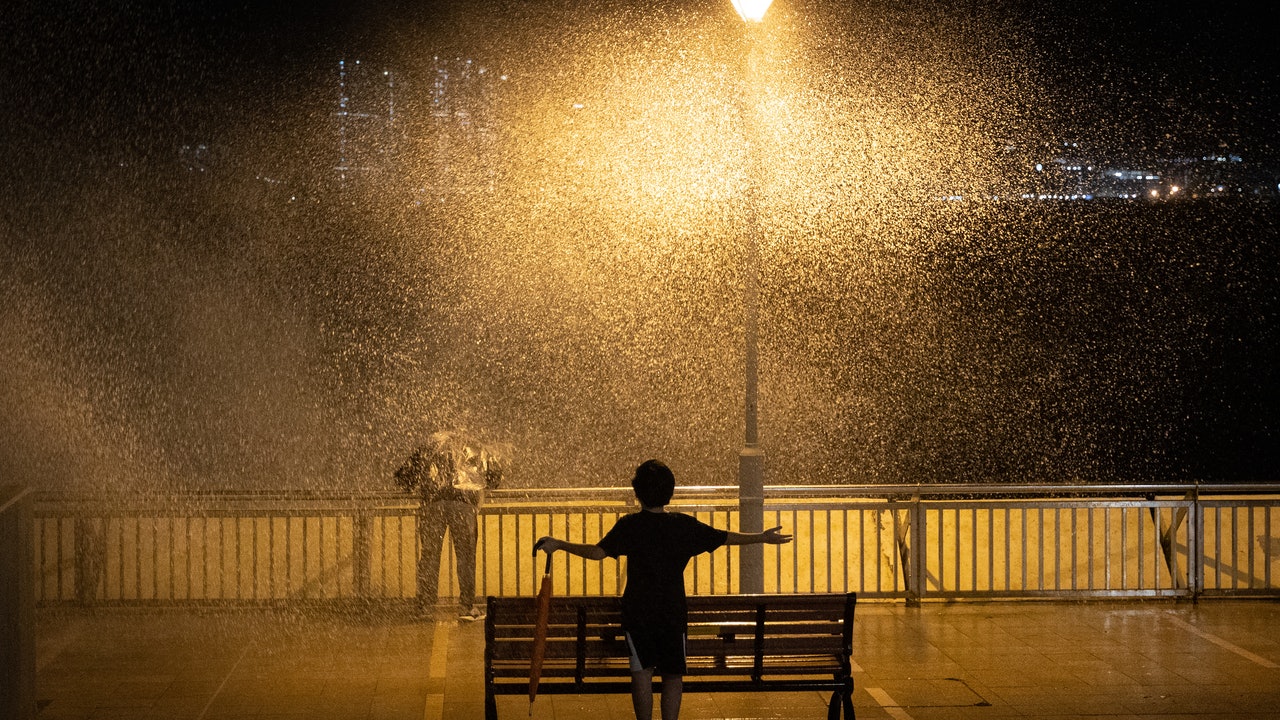 Siamba typhoon | Typhoon No. 8 has been changing for more than 21 hours, one first time, two top ten

An introductory workshop on the importance of women’s participation in the local administration elections in Homs
2022-08-08T15:26:43.476Z

Ning Hanhao visits the old building in Sham Shui Po and promises to submit a proposal to amend the forced auction in the fourth quarter of this year
2022-08-08T15:26:24.028Z

Development in the investigation of the container break-in in Israel: a Palestinian Sheba was arrested on suspicion of involvement in the incident | Israel today
2022-08-08T15:07:32.739Z

MIRROR concert︱It is reported that Mo had a respiratory stoma surgery on the lower part of the neck last Saturday and is still recovering
2022-08-08T14:55:31.786Z