Television also wants to be green: how 'Serve and protect' reduced pollution in its filming

The afternoon series of La 1 is a pioneer in terms of sustainability on television, while the industry advances in its desire to limit its carbon footprint 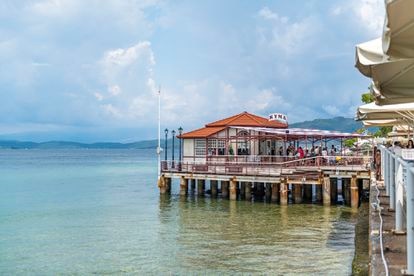 A shoot for a big-budget production generates an average of 20,000 plastic bottles, 27,000 kilometers of travel and eight tons of CO₂ in just five days, calculates the Spanish company Mrs Green Film, which works with the Film Academy and the Ministry of Culture to bring sustainable production closer to the audiovisual sector.

has collaborated with her for five months , which is broadcast from Monday to Friday in the afternoons of La 1. This fiction is a pioneer in television when it comes to embracing

measures in the already complex plans of work of a daily series.

The result of the report prepared by the specialized company for them revealed that they generated 308 tons of CO₂ per year.

Since then, those responsible for this fiction have been reducing that figure.

"In our case, transportation and waste management were the most polluting aspects," says Emilio A. Pina, executive producer of the company Plano a Plano, responsible for the series, by phone.

Every working day, its large artistic and technical team moves to the Cobo Calleja industrial estate, in the Madrid town of Fuenlabrada, where it is filmed.

, which is about to close its sixth season on the air and has aired more than 1,200 episodes, did not have the opportunity to work with Mrs Green Film in the pre-production process of the series and incorporated the suggested measures with all the necessary infrastructure to record the series is already underway.

Without being as harmful as the meat or textile industries, it is estimated that the audiovisual industry is responsible for between 2 and 3% of the carbon footprint emitted throughout the planet.

This was stated by Nina Hauser, sustainability assistant at the Austrian Film Institute, and Linn Rott, who holds an equivalent position at the Lower Austrian Film Commission (LAFC), during her participation in the Evia Film Project in mid-June.

This international meeting brought together several industry agents in Greece to find common ways of collaboration with which to make their practice more sustainable.

The event, organized by the Thessaloniki Film Festival, is being held in a highly symbolic location, the north of the Greek island of Evia.

This area was devastated by forest fires that fueled the high temperatures caused by global warming.

On the access roads to Limni, which hosted one of the professional meetings of this cycle attended by EL PAÍS, you can see entire sections of charred trees, whose consumptive and dark trunks with hardly any branches look like cemetery crosses.

Hauser and Rott consider that "the permanent synergy between local institutions", such as the one that both maintain in their country, is key to moving forward something as complicated as readapting the chaotic work processes of a shoot in favor of sustainability.

, an assistant who joins the production team to attend its professionals in these environmental measures.

The north of the Greek island of Evia, devastated last summer by forest fires, hosted the Evia Film Project in June, which promotes sustainability in the audiovisual industry.

The pre-production process is key, even more than the shooting process, for the plan to give positive results, they explain from Creast, a company that measures the environmental impact in this industry and that has attended the awards ceremony in this regard. Goya 2022.

Putting things in order from the beginning helps deal with the chaos that comes later, argues Eduardo Viéitez, a former publicist who decided to found this company after seeing all the waste left behind by creating a single ad.

“To produce an episode of a series of about 60 minutes, between 100 and 1,000 people are mobilized every day, depending on the size of the production, and a lot of energy is needed in its technical instruments,” he says.

Yolanda Costas, responsible for sustainability in cinema at Creast, recalls that the systems for reusing costumes and, especially, sets must also be reinforced: “Many teams do not know what to do with it, because they would need huge warehouses to store it, since These materials often turn into gigantic waste.”

Both defend that the figure of the

should not be based on installing an environmental policeman on the set.

In addition to being useful in the initial diagnostic phase, it should have a real didactic function with which to educate the team, so that its members adopt a new way of working in the future without the need for external supervision.

Titus Kreyenberg, producer at the German company Unafilm, explained in Evia Film Project that he needed months to complete the necessary report for his

, with detailed data to the millimeter.

"You have to specify the exact model of lighting equipment that the project is going to need, what type of energy is going to be used, what transfers... and all this well in advance and without taking into account unforeseen events," he elaborated.

suggested changes based on that exhaustive previous report, but without forgetting that these measures should not compromise the final artistic result.

“There is still a lot to talk about in this new form of sustainable work”, he defended during his speech.

Creast has assisted the Film Academy to make the production of the 2022 Goya Awards gala, held in Valencia in February, more sustainable. Mònica Torres

When the budget is not very high, in independent projects, applying these measures can even save costs, explains Myriam Sassine, head of the Lebanese company Abbouy Productions and also present at the Evia Film Project.

In their particular case, in a 35-day shoot, although not large, they were able to "save more than 1,000 paper and plastic containers a day."

Pina believes that the sector should begin to create references for the basic needs of a sustainable plan for the different types of production: a feature film, a daily series, a

series ... to avoid errors and repetition of efforts.

From his pioneering experience, he also considers relevant

the collaboration of public authorities in those places that host (and often encourage) filming, "with the improvement of public transport or waste management," he suggests.

In the cinema, the "green seal" has become a mandatory requirement to qualify for ICAA aid, but it is not in television, explains the executive producer.

“Since we did it, I think TVE has taken this issue seriously and has reached an agreement to start using a carbon footprint calculator [called Albert].

On public television, it should also be something obligatory”, he defends. 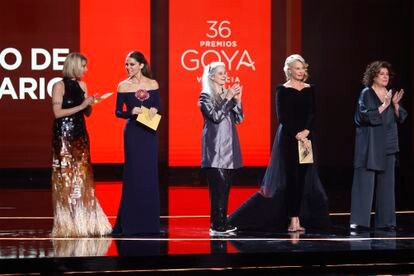 Television also wants to be green: how 'Serve and protect' reduced pollution in its filming 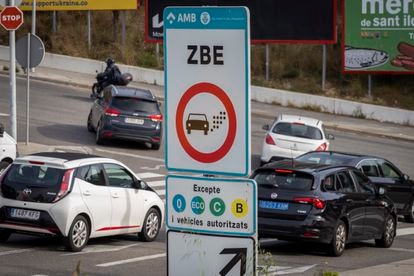 Madrid and Barcelona advance against pollution despite legal obstacles 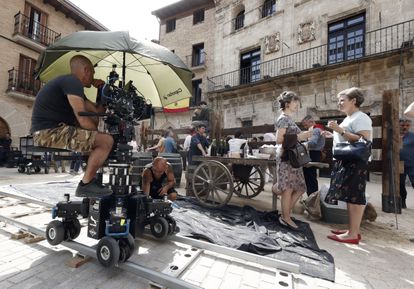 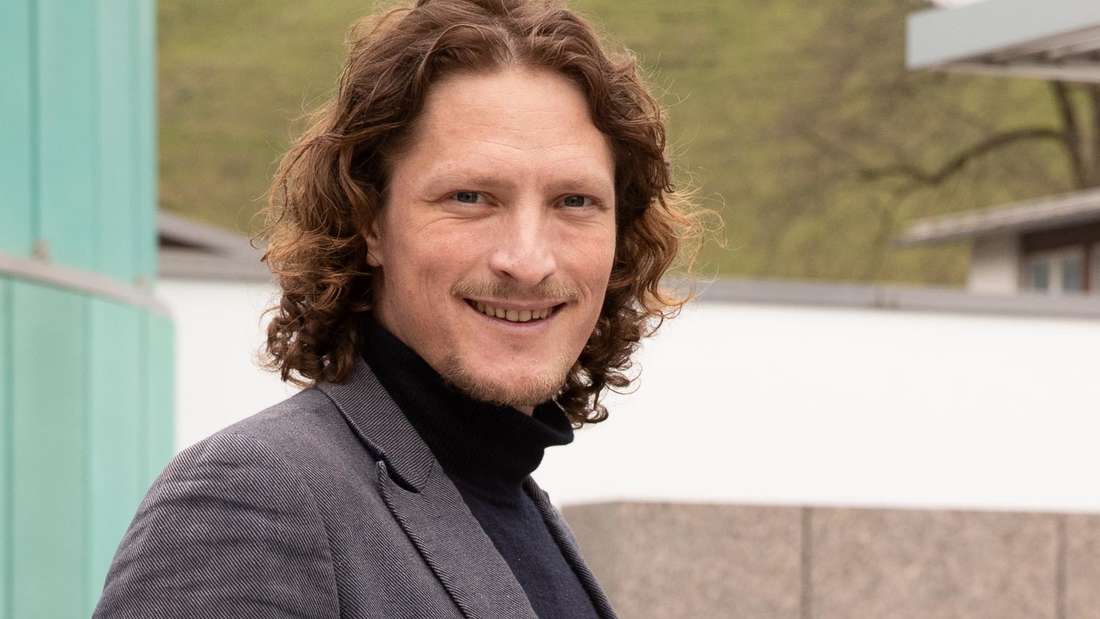 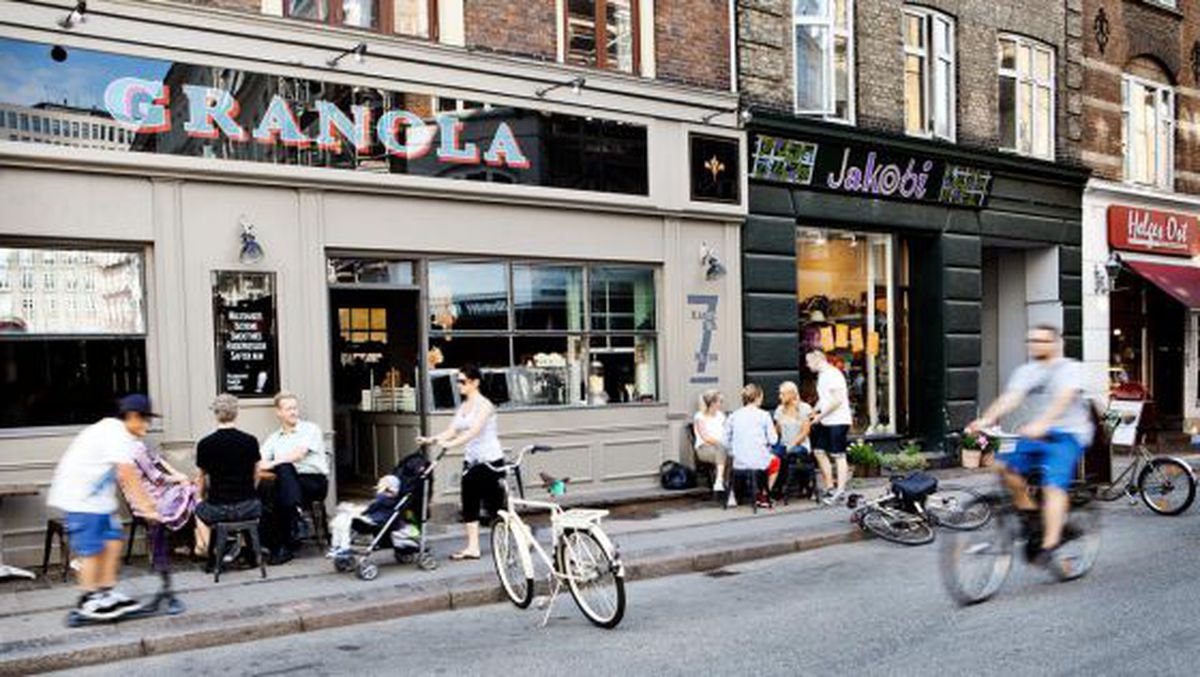 Urban health: the neighborhood determines your well-being or your illnesses 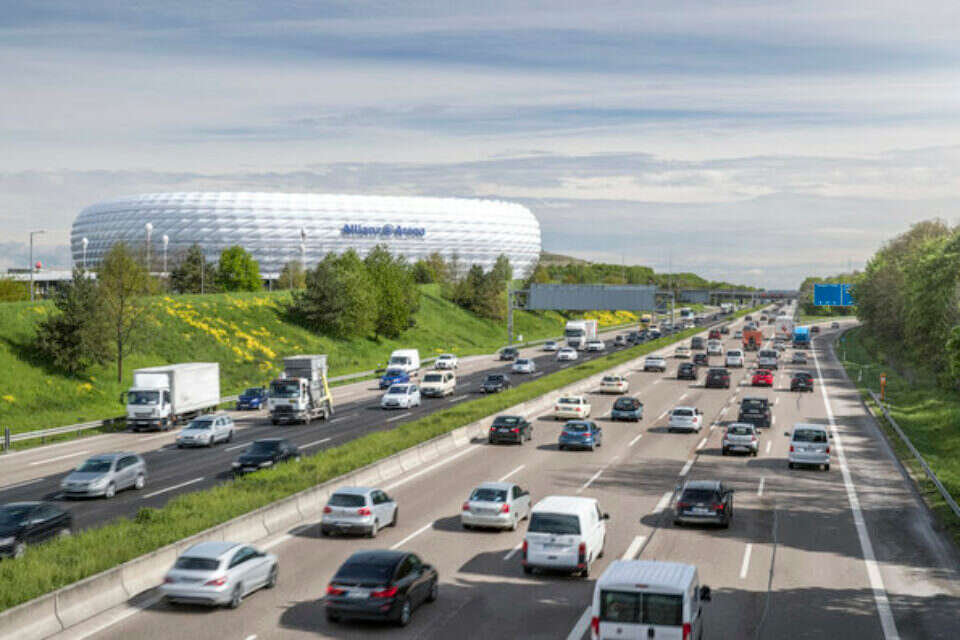 "Ultra-fine dust hotspot": Citizens' association and state parliamentarians are calling for a measuring station right on the airport premises 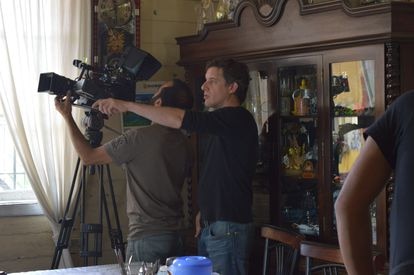 'Vida férrea', a 'railroad movie' to show the beauty and disenchantment of today's Peru