When Otterfing came to Miesbach Created: 07/01/2022, 07:00 By: Andreas Höger Otterfing has been politically oriented towards mountains for 50 years: on July 1, 1972, the community had to move from the district of Wolfratshausen to the district of Miesbach. At that time the town had a good 2000 inhabitants, today there are almost 5000. Otterfing wanted to stay with Wolfratshausen Suddenly the in Otterfing has been politically oriented towards mountains for 50 years: on July 1, 1972, the community had to move from the district of Wolfratshausen to the district of Miesbach.

At that time the town had a good 2000 inhabitants, today there are almost 5000. Otterfing wanted to stay with Wolfratshausen Suddenly the independence wobbled Some of the old ties are still visible © Thomas Plettenberg

50 years ago, on July 1, 1972, the district of Miesbach grew: the municipality of Otterfing joined the family.

In the course of the then hotly debated regional reform, when the Free State halved the number of its districts, Otterfing had to leave the district of Wolfratshausen.

Otterfing - The district of Miesbach was one of the winners of the major regional reform of 1972. The territory remained complete, but was too small for the intended larger "cuts".

At that time, Otterfing, with a good 2000 inhabitants, was one of the seven most populous communities in the old district of Wolfratshausen.

Even the 2,000 Otterfingers were not enough to reach the 80,000 inhabitants the reformers were aiming for.

"The district of Miesbach has many high-growth communities, which give reason to expect a rapid increase in the population," says a printed matter from the state parliament of November 10, 1971. And further: "The district can continue to exist on its own."

Already in the spring of 1971 there had been preliminary consultations in the municipal council.

"Apparently, a citizens' meeting and a vote were also planned," believes City Hall Managing Director Markus Stark, who found very little about the events in the City Hall archives at the time.

It is unclear whether there was a public consultation.

A sticking point was the future structure of the school districts.

"We tried out quite a few things," he remembers. "The Bavarians were with us in the sixth grade, and the Sauerlachers in the seventh grade." The experiments were interpreted as a harbinger.

"It was clear to everyone that something was up."

Otterfing wanted to stay with Wolfratshausen

As the district reform approached, the municipal council made it clear that Otterfing wanted to stay with Wolfratshausen.

"But this wish cannot be fulfilled," reads the printed matter of the state parliament and also the reason for it: "The community clearly belongs to the interconnected area of ​​the central town of Holzkirchen and to the residential communities along the S-Bahn Munich-Holzkirchen."

Since the end of the old district of Wolfratshausen was sealed, Otterfing only had the option of joining Munich-Land or Miesbach.

That's why the community "got in touch with the neighboring communities", Stark has gathered from old resolution books.

The decision, however, was made in Munich.

"Incorporation into the district of Miesbach alone appears to be a sensible solution," says the resolution of the state parliament.

No red carpet was rolled out for the newcomer.

"For the south of the district, Otterfing was 'that community behind Holzkirchen' for a long time," says Eglseder.

The stepchild from the North had to fight for recognition – and very soon for independence as well.

Because building on the district reform, the municipal reform rolled across the country shortly afterwards.

The state government initially specified 5,000 inhabitants as the minimum size.

The old community of Baiernrain, which bordered to the west, had the choice of joining Otterfing or the newly created large community of Dietramszell.

"The decision was close," Eglseder recalls, "perhaps the maypole that Otterfinger boys stole shortly before in Baiernrain also played a role."

New owner: gas station at the entrance to the village changes color

Holzkirchen: Audi driver under the influence of drugs at the wheel

As a result, Otterfinger's independence wobbled.

The then mayor Franz Wohlschläger and his deputy Anderl Stockmeier managed to save independence.

The fear can still be felt today that "Holzkirchen will swallow us up," says the head of the town hall, Falkenhahn.

He doesn't think so himself.

"The regional plan sees us as a place with strong potential." Instead of merging municipalities, it makes more sense to tackle more inter-municipal projects and receive more support from the state - even across district borders.

Some of the old ties are still visible

Otterfing's old ties to the West have been politically severed for half a century.

The church connection is still there today.

Baiernrain and Steingau are looked after by the Catholic parish of Otterfing as the "super parish".

And the fact that the district road, coming from the west, ends at the train station is because the district of Wolfratshausen once built it to connect its easternmost point.

Holzkirchen-Newsletter: Everything from your region!

Our Holzkirchen newsletter informs you regularly about all the important stories from the Holzkirchen region - including all the news about the Corona crisis in your community. 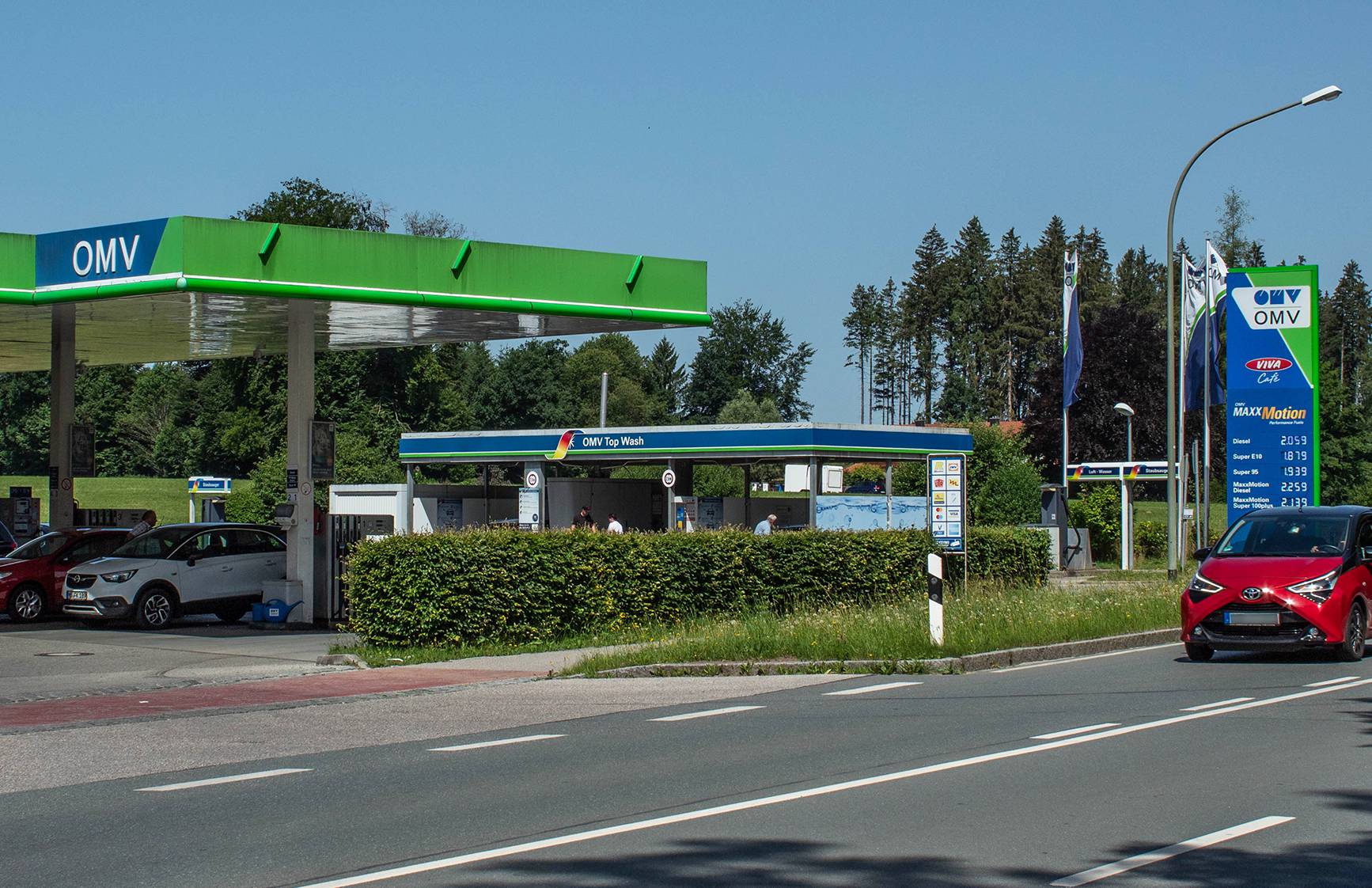 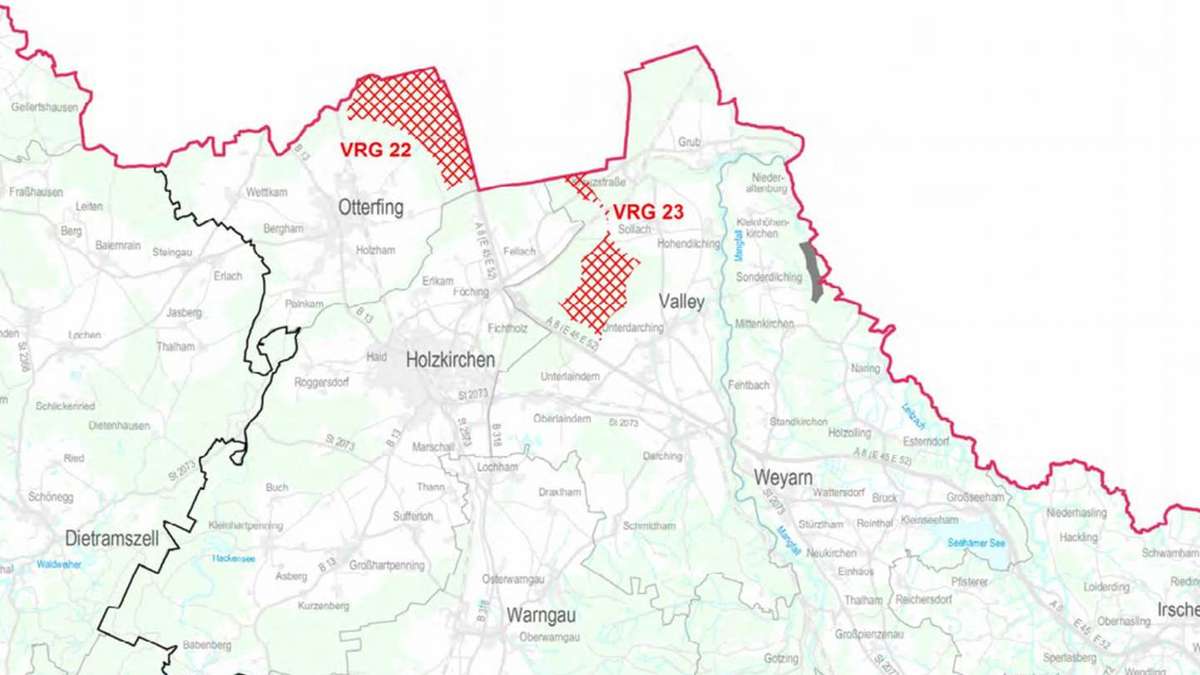 Calm in the district of Miesbach: is there really no more space for wind turbines? 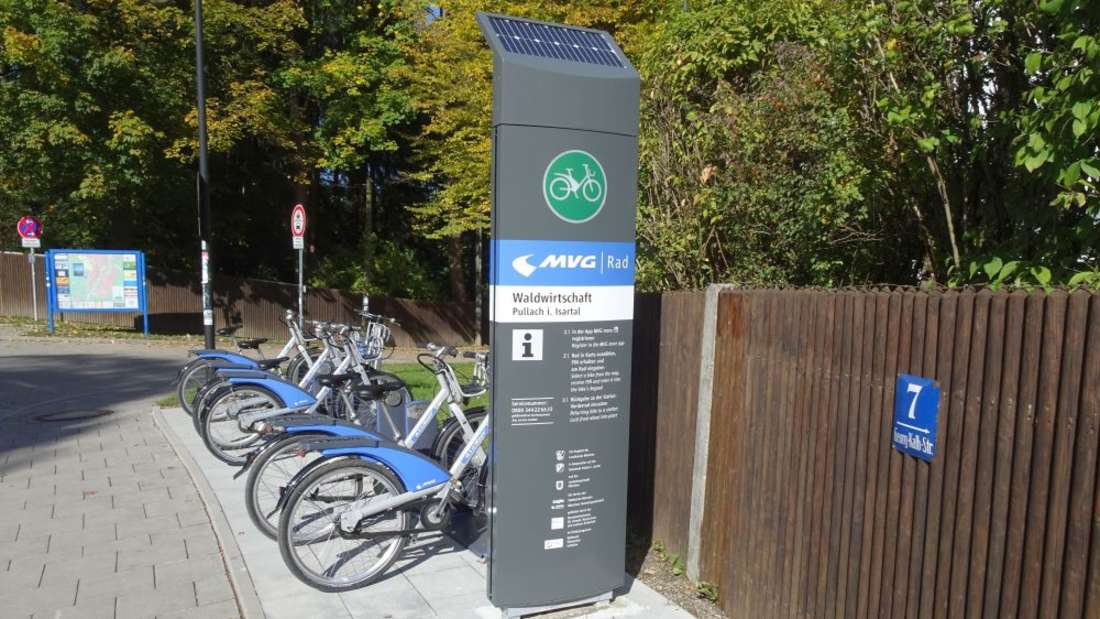 Otterfinger Wirt is happy that the curfew is no longer available 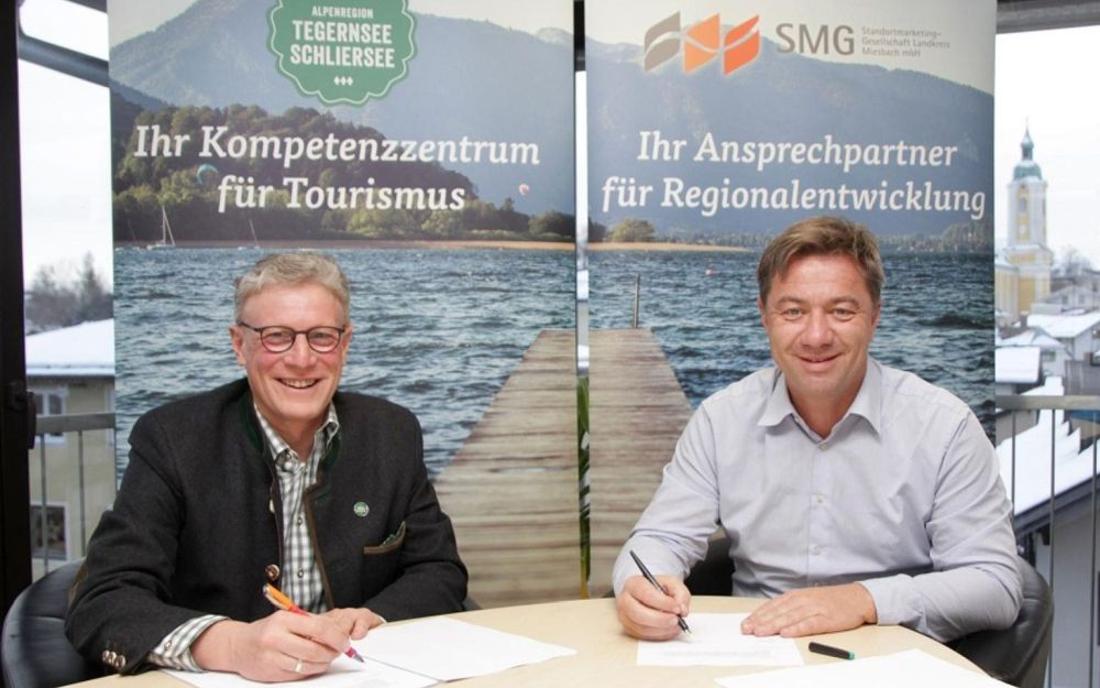