Massacre behind bars in Colombia: "There was one or another 'stab', but most were burned alive"

An arson attack in a Colombian prison leaves 51 dead prisoners, the biggest prison tragedy of this century in the country 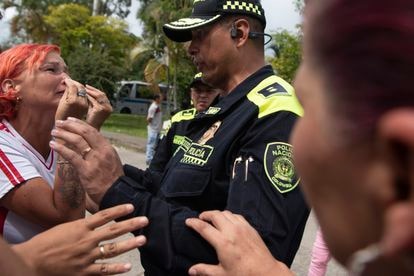 He leads one of the eleven pavilions of the Tuluá prison, in Colombia.

The inmates call him the “human resources” man.

He is in charge of drug trafficking, of collecting weekly the right to sleep in a cot, of distributing food and cleaning utensils.

If anyone questions his authority, it will lead to a confrontation in the yard with toothbrushes with sharp handles, in full view of everyone.

As he is the boss and they have not yet displaced him, he has a telephone with which he communicates with the outside world and can tell how this week's riot began inside there in which 51 inmates died: “Pa, that started with a fight ”.

In the early hours of June 28, a rookie questioned the leadership of the foreman of pavilion 8. The two belonged to a gang called Los Plumas, which is dedicated to drug trafficking in this area near the city of Cali, in which they are deployed. the largest extensions of coca leaf in the world.

They clashed with prefabricated weapons, ten against ten.

In the middle of the fight, someone blocked the entrance with foam mattresses and set them on fire.

The flames quickly spread throughout the gallery causing the largest prison massacre in Colombia in this century.

What happened has called into question the authorities, who were unable to prevent the altercation and later found themselves powerless before the fire.

“Screams were heard all night.

You don't forget that”, says the 'man from human resources', who controls the patio next door, on the phone.

“The guards didn't have fire extinguishers or anything.

The fire took a lot of advantage, ”he adds before hanging up.

Her mother, who was the one who had received the call at the prison door, keeps the mobile in her bag.

She hasn't left the prison walls since what happened.

The one in Tuluá is a medium security prison in the middle of the city.

It is surrounded by one-story houses, cafes and shops.

Tuluá, with more than 200,000 inhabitants, experienced a boom in the eighties, when the Cali cartel, the organization led by the Rodríguez Orejuela family, operated.

They were the rivals to death of Pablo Escobar, patron of another of the great Colombian cities, Medellín.

With money from drug trafficking, mansions were built with Carrara marble next to humble houses.

The DEA, the extraditions to the United States and the rejection of Colombian society caused the decline of the great capos, but the tracheta culture, as the narco aesthetic is known, still prevails today.

Trucks with tinted windows circulate on the street, driven by men in tracksuits from brands like Gucci or Prada and with gold laces around their necks.

Now, according to the authorities, there are many small producers and mid-level vendors operating.

Some of them end up in prisons like the ones in Tuluá in charge of pavilions, until someone else comes to take power from them.

As the bodies wait in the morgue to be identified and handed over to their families, the survivors breathe a sigh of relief.

Edwin Dovan Rey, 22, walks out the door with a military hairstyle.

It is his first day in freedom after six years of imprisonment for a homicide.

He says that he was smoking marijuana with his cellmates in Pavilion 5 when they heard the screams.

They looked out to see what was happening in patio 8. “One bandola against another bandola.

Until a madman set the mat on fire.

There was a flare there,” he says.

The guards did not dare to enter, he says.

The fire spread through the ceiling at full speed and the 180 inmates of that module were cornered in the back, where the bathroom is.

“They were burned alive.

There was the occasional 'stab', but most by fire”.

Juan Pablo Llano was waiting for his son to get out of prison so that he could work with him as a transporter.

He imagined the two of them, father and son, aboard a truck traveling across the country.

He would tell her everything he knows about the trade, which is not a little.

He would inherit a decent job for him and get him out of the bad steps that had led him to be locked up.

Last year, Esteban Llano launched a marijuana ball from the outside to the inside of the prison.

Inside him they called him the little ant because he was always helping everyone to try to get money to buy food, his great passion.

"That was my son's delirium, eating," says the father.

Instead of having him as co-pilot, these days he has gone to pick up his body from the morgue.

This first of July, Juan Carlos Llano pastes a photograph to the coffin of his son Esteban, 21, one of the 53 victims of the fire in the Tuluá prison.

According to the preliminary report, the boy died of suffocation.

In two months he was going to be 22 years old.

It was from the prisoners in module 8 that he tried to save himself by hiding in the bathroom.

The witnesses with whom this newspaper has spoken say that the guards could not control the situation and that they launched tear gas to disperse the crowd.

The matter is being investigated by the Attorney General's Office, but Llano asks that it be the president-elect himself, Gustavo Petro, who personally deals with the matter.

“I gave him my vote and I have the firm conviction that he will not disappoint the country for the love he has for us Colombians.

I only ask that this be clarified.

Brigadier Tito Castellanos, the director of Inpec, the body in charge of prison surveillance, assures in an interview with this newspaper that all the protocols were followed, despite the evidence that they did not work.

He explains that as it is a medium security center, surveillance of prisoners "is minimal."

A single official is in charge of controlling an entire pavilion, although if an incident occurs he has the support of "a surveillance body", whose number he does not specify.

Relatives and close friends comfort Juan David Llano Marulanda during the funeral of his brother, Esteban, who died in the Tuluá prison fire.

“They placed 10 mats at the entrance, in the corridor.

They put a candle and since it is a closed place, the candle jumped and lit all the beds, which are 159. They did not foresee this situation and it got out of control.

They did not measure the consequences.

Hence the tragic result, ”explains Castellanos about what happened.

The flames have taken the lives of many young people ahead.

Among them, that of a boy who was on the front line last year, as the adolescents who erected barricades against the authorities during last year's social outbreak are known.

Or that of a Venezuelan boy whose family has said they have no money to pay for the repatriation of the body.

The authorities will have to bury him in a common grave in Cali. 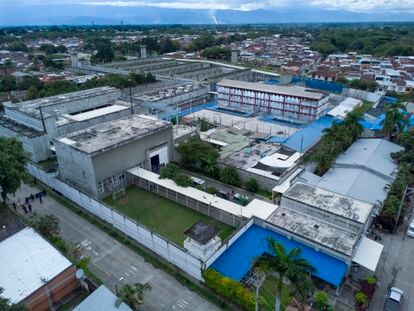 Massacre behind bars in Colombia: "There was one or another 'stab', but most were burned alive" 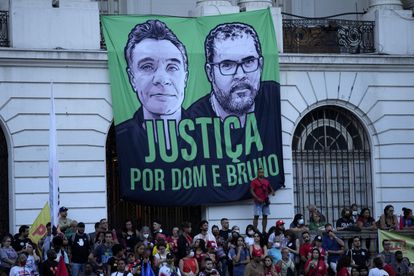 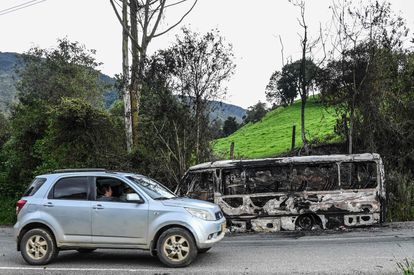 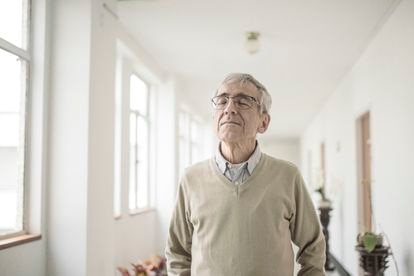 Francisco de Roux: "Those who continue in war mode will have problems accepting the truth" The peaceful assault of the sky of the Colombian left 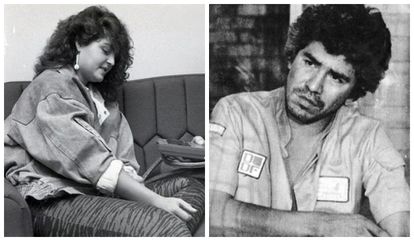 Caro Quintero, the old capo who revolutionized the world of marijuana 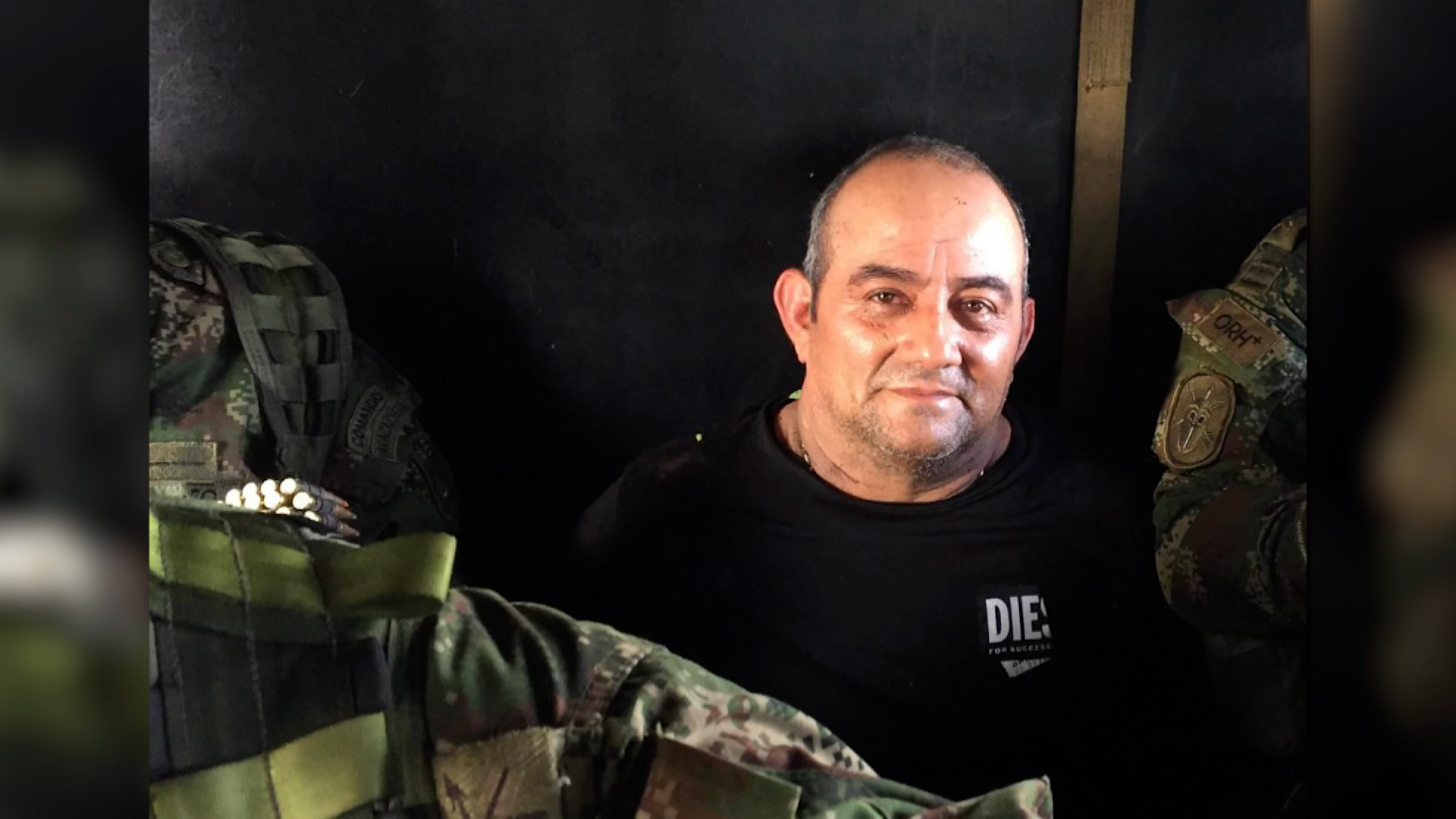 The massacre in Bocha: corpses lying in the street; Body parts peeking out of the ground - Walla! news