A driver is accused of having voluntarily hit the 4x4 of Lars Thoren, leader of the radical group "Stop the Islamization of Norway" (Sian), until finally making it turn over on the roof.

After a chase on the highway, the leader of a Norwegian anti-Islam extremist group was the subject of a spectacular attack on Saturday, a few minutes after burning a Koran in the suburbs of Oslo .

Read alsoNorway: the neo-Nazi killer Breivik will remain in prison

Norwegian police have confirmed that they have arrested two people, including the driver of a car accused of deliberately ramming the 4x4 of Lars Thoren, leader of the radical group "

Stop the Islamization of Norway

" (Sian), until finally making him turn around on the roof.

The five passengers were slightly injured and one of them had to be taken to hospital, according to the police.

In a video showing the whole incident, filmed by a follower team and posted on Facebook, Lars Thoren and other activists first drive to Mortensrud, a suburb of Oslo where a large Muslim community lives. .

The handful of activists then placed a burning Koran in the middle of a small crossroads, quickly arousing the reaction of residents trying to extinguish the flames.

The scene quickly sparked a small crowd and protests, including a woman grabbing the ash book while shouting at anti-Islam activists, before getting into the passenger seat of a gray Mercedes.

The camouflage-colored 4x4 of the anti-Islam militants then leaves the scene.

But a few seconds later, he is overtaken by the gray Mercedes, which first hits him lightly on the access ramp to the motorway.

After having obviously tried to stop the 4x4 by making him a fishtail, the Mercedes, whose driver we see briefly shouting, starts again in pursuit to finally hit him at high speed.

Spinning off on the E6 motorway, the radical militants' vehicle then rolled over and ended up on the roof.

The video, shot live for several hours on Facebook, then shows sympathizers rescuing the five passengers extracting themselves painfully from the cabin, until the arrival of the police.

," Oslo police said in a statement.

The driver, prosecuted for "

", was arrested, as well as the passenger.

The incident comes a week after a deadly shooting in the center of Oslo, considered by investigators to be an "

", which caused great emotion in Norway.

Several far-right Scandinavian anti-Islam activists, including the Swedish-Danish Rasmus Paludan, have made it their specialty in recent years to burn Korans in neighborhoods with a large Muslim population.

Presented as an expression of freedom of opinion, these provocations regularly give rise to incidents with counter-demonstrators, as recently in Sweden during the Easter weekend. 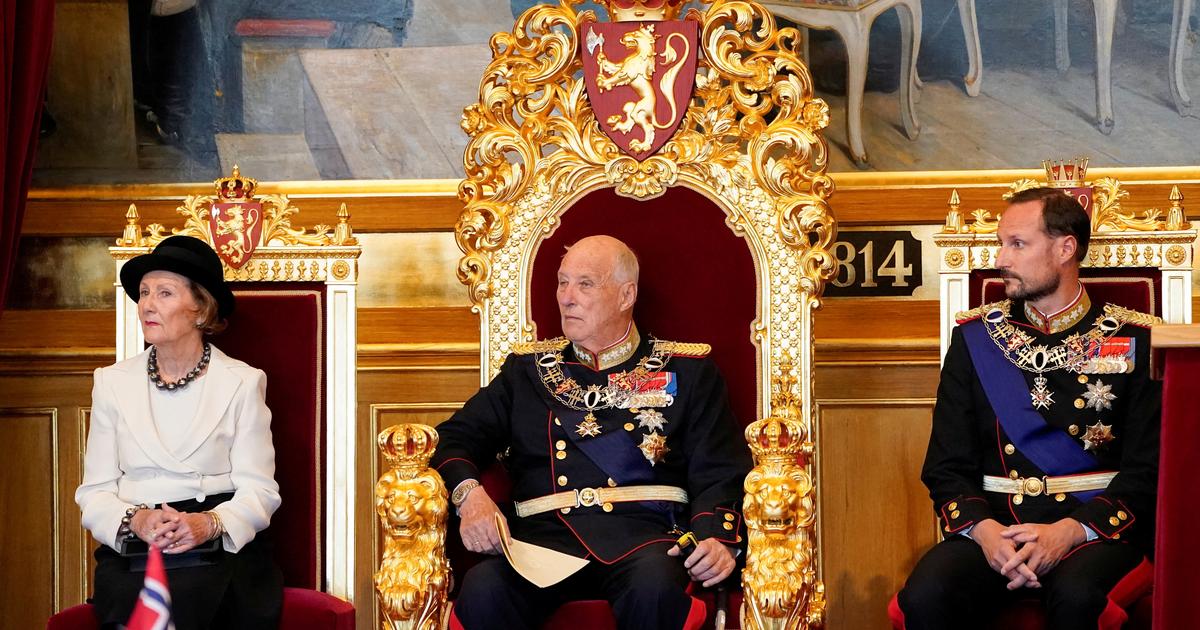 King of Norway discharged from hospital 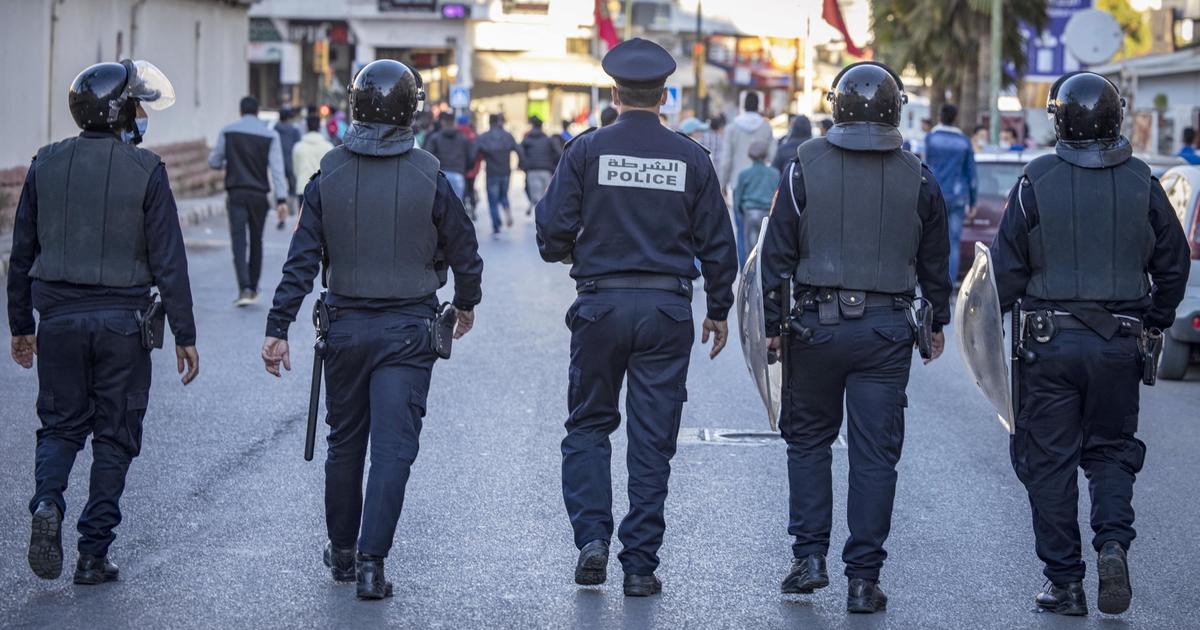 Morocco: arrest of a suspected member of the IS who was planning attacks 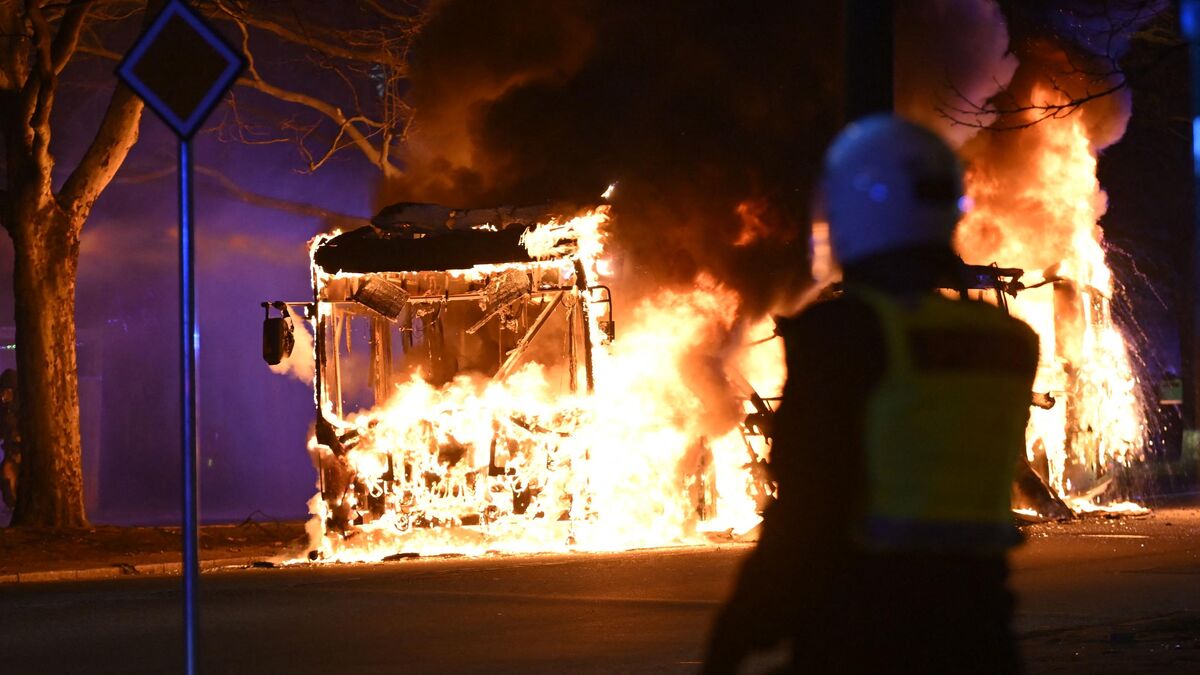 Sweden: three shot and wounded after clashes between police and demonstrators 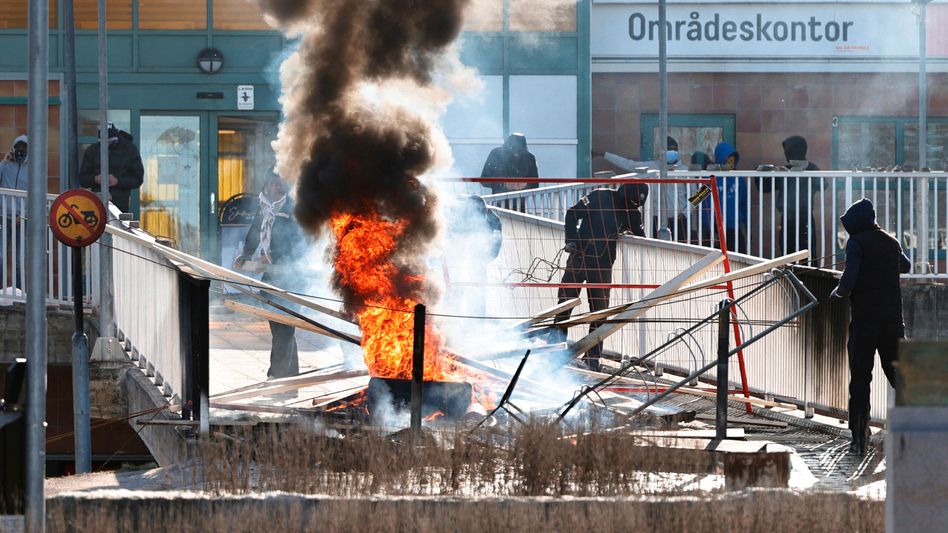 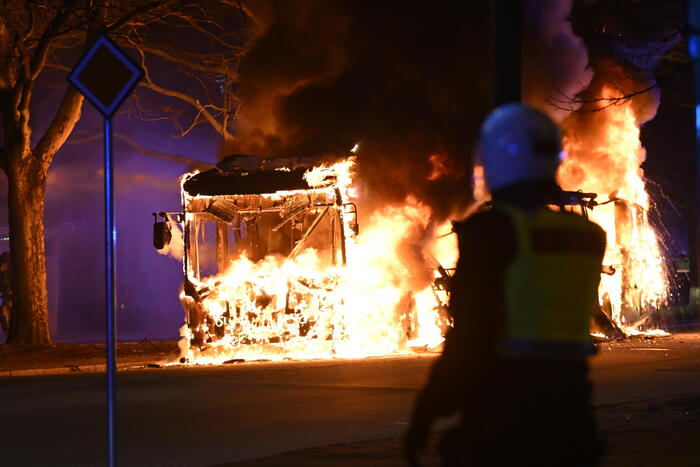 Sweden, riots after Islamophobic actions by the far right

Sweden, riots after Islamophobic actions by the far right