A platform of explicit sex education videos, focused on exploration of female sexuality and supported by scientific evidence, has arrived in Spain. We spoke with its founder, Laurène Dorléac who insists that 'pleasure is a very serious thing' 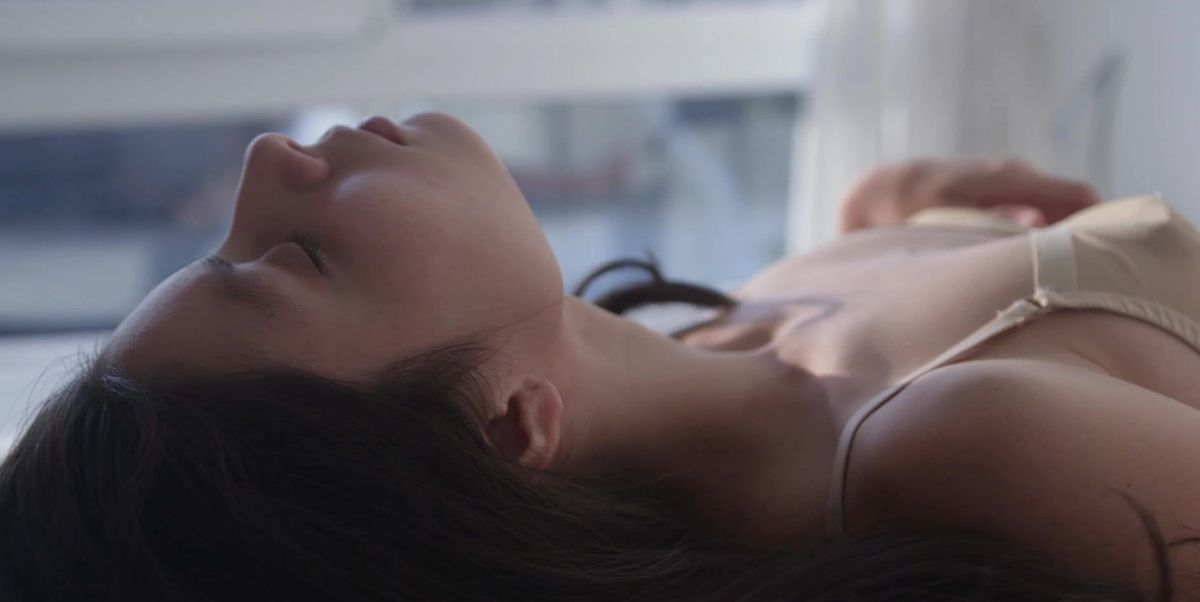 Our ways of watching television have changed.

No longer do we sit down to see what's on TV, instead subscribing to platforms where we can watch our favorite content.

But can that formula translate to content beside series, documentaries and movies?

Can it be used to change the way we experience sex education?

CLIMAX, a platform of sex education videos, is trying it out.

The platform started as an explicit educational series dedicated to female pleasure.

Far from pornography, it was particularly directed towards women and sought to give advice and ideas for greater self-knowledge and sexual enjoyment.

But that was just the beginning.

As Camille Mariau, CLIMAX's director of projects, explains, they are currently working on “a monthly membership platform dedicated to sexual wellbeing.

The users will have access to periodic new content, ordered by topic (pleasrue for people with vulvas, for those with penises, tantric sex, oral sex, post-partum sex, etc.).

We really want to create the perfect guide to help our users deconstruct their ideas about sexuality.”

Currently, the platform has partnerships with educational and healthcare institutions, in order to bring education about female sexuality to all parts of society.

Laurène Dorléac is an expert in the technology market and co-creator of CLIMAX.

“Not only is female pleasure little understood, but I also realized that taboos around the subject are still very present.”

That's why, despite her lack of experience in the area, she decided to venture into the topic.

“Good sex is like cooking: it's a creative process that requires practice, experimentation and care to have a good flavor.

There are plenty of recipes and cooking classes, but we can't find anything satisfactory about female pleasure on the Internet!

That's what led me to create the platform, so that we can all have access to better sexual education.”

The project brought together international studies, advice from psychologists and sexologists and over 100,000 testimonies.

“Pleasure is a very serious thing, and it deserves a very rigorous approach,” she says.

While the project was founded in France, currently, 40 percent of its subscribers are outside of the country, largely in the United States and United Kingdom.

The team is optimistic about the Spanish market.

“The market seems to be ready for a project like this.

More than talking about pleasure, we really want people to have easy access to safe information about sexual education,” says Camille Mariau.

Since the project launched in Spain just a few months ago, most of its users are between 28 and 45 years old, and, surprisingly, they are divided 50/50 between men and women.

To spread the news about the project, they have the help of Teresa Riott, known for her role as Nerea in the Netflix series Valeria, who narrates the videos.

“It seems to me like a new idea in education, and it's very necessary in order to better understand all the possibilities of our pleasure.

CLIMAX has also had success in other countries.

I've learned a lot about female sexuality in the process,” the actress explains.

She emphasizes that “they are videos that you can watch alone, in private, and you can experiment,” which “gives people confidence to explore their bodies without concerns.”

It repeats explanations we have read in plenty of books, but which acquire a new dimension when we can see them on a screen: without drawings, diagrams or taboos, simply showing how to stimulate a vulva.

The images are accompanied by Riott's voice, which explains each step in a clear and simple way, adding touches of scientific information.

It explains not only how to stimulate the vulva, but also how and why the stimulation works.

We've learned that it's much easier to exercise at home, or even to do home improvement projects, with the help of a Youtube tutorial video that shows us each step.

So it makes all the sense in the world that we can use tutorials to learn how to excite our bodies, moving step-by-step over each part of our anatomy.

The platform is also notable for its diversity, not only in the appearances of the vulvas on screen, but also in the techniques proposed.

The brand Lelo, specialized in clitoral suction toys, increased its sales by 440% in 2019. The Satisfyer toy was even more popular: it registered an increase in sales of 1,300% in 2020, to the point that it had to resort to European countries to restock the toys during one of the busiest months of the year.

Vibrators themselves have also experienced their own revolution.

Such devices are proof that manufacturers have taken pains to innovate their products for female pleasure, until recently a forgotten sector.

It can also be used as a basis to start a conversation with your partner about what you like, what you want to try or not.

We want to give people the opportunity to get to know their own body or the body of their partner better,” explains Mariau.

To that end, the first two seasons are entirely scientifically based.

To develop the content, 74 international scientific studies, widely referenced and accepted by the scientific community, were consulted.

“There is one study that I find special: Shere Hite's 'The New Hite Report,' a bestseller that has sold tens of millions of copies, which describes how women feel during different sexual activities and when they orgasm with greater frequency,” Mariau says .

And websites for pornographic content aimed at women, taking into account the tastes and aesthetics that female arousal requires, have proliferated in recent years.

The work of Shere Hite is one of the great sources of inspiration for CLIMAX.

The late writer and sexologist was especially interested in the female orgasm.

Secondly, the clitoris was the key to climax.

“Our mission is to equalize pleasure in a world where women report being less satisfied than men in their sexual activities, feeling less pleasure and having fewer orgasms.

Education will make it possible,” the expert concludes.

"I have nothing against sex toys, but nothing will ever replace a human being" 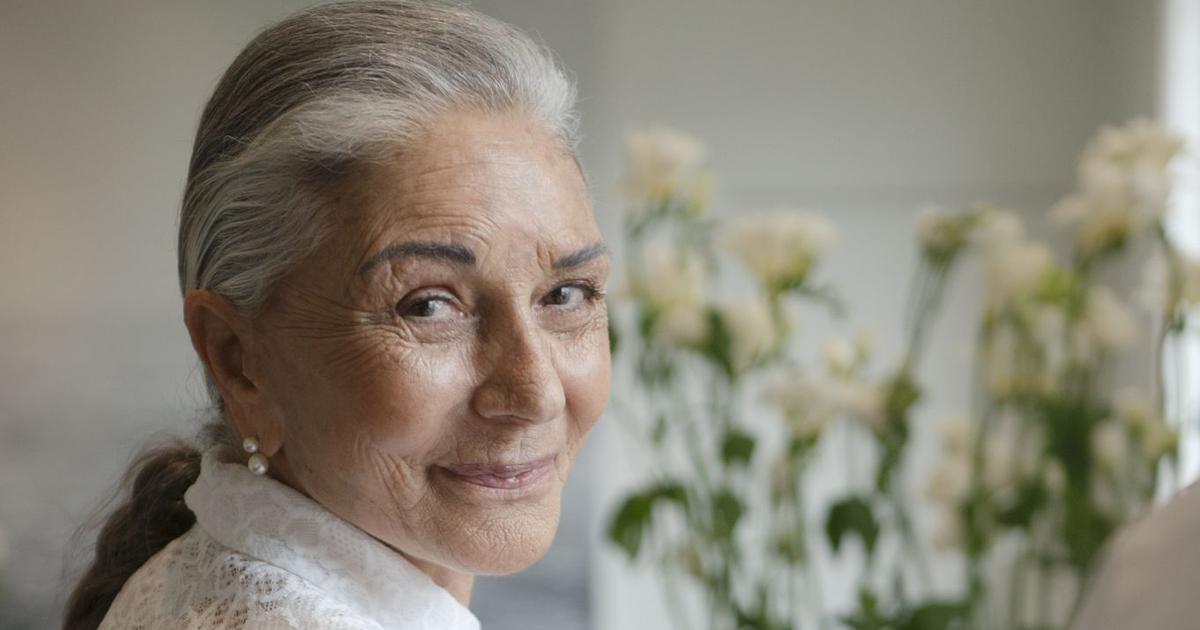 Perla Servan-Schreiber: "No one can ignore that health is at stake on the plate"

"Women want sex even at age 50, and are allowed to talk about vagina and bulbul" - Walla! Sheee 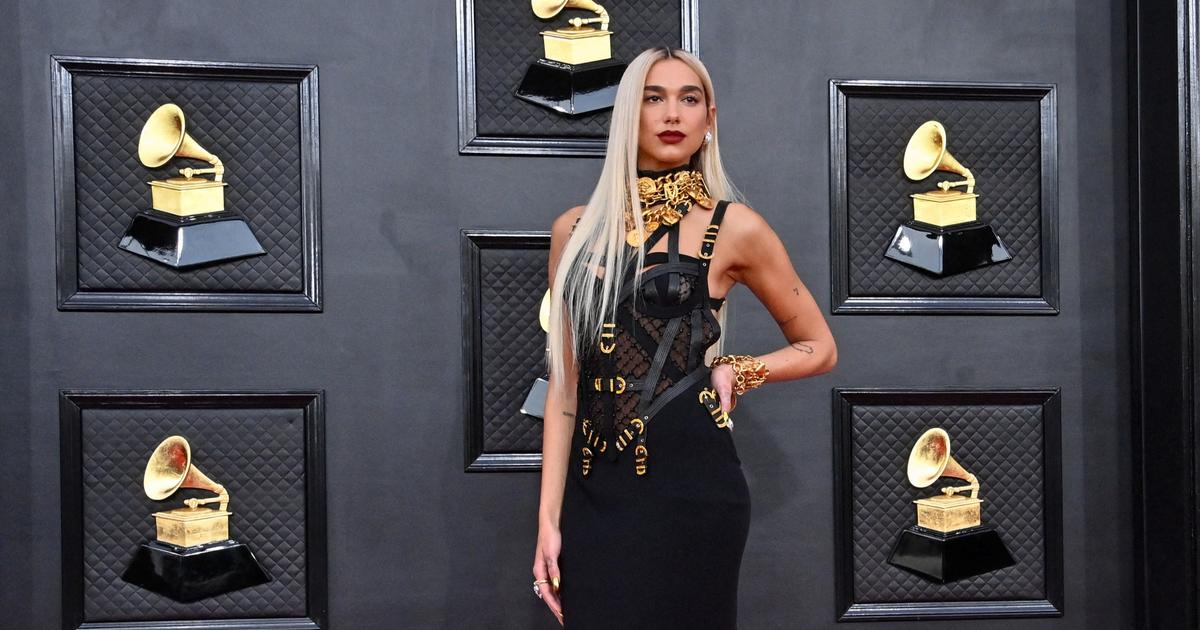 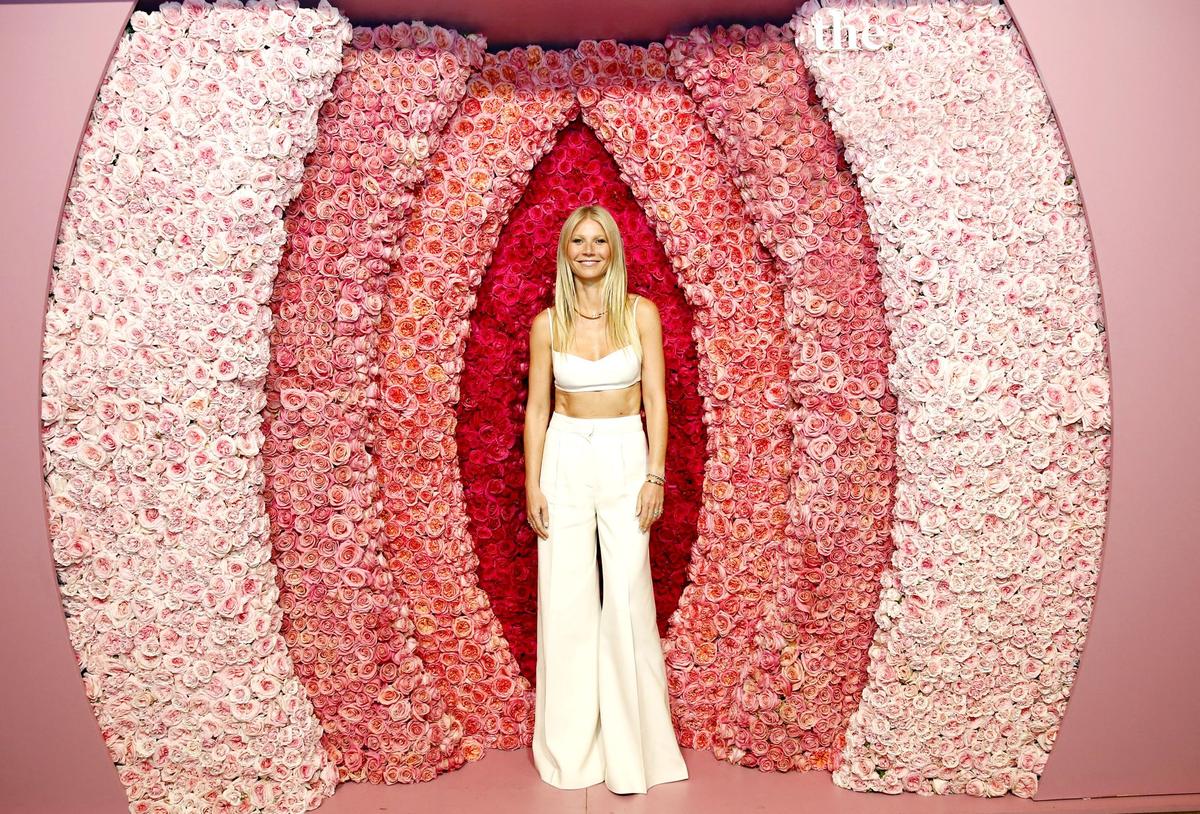 The boom in female sexual well-being, between revolution and injunctions 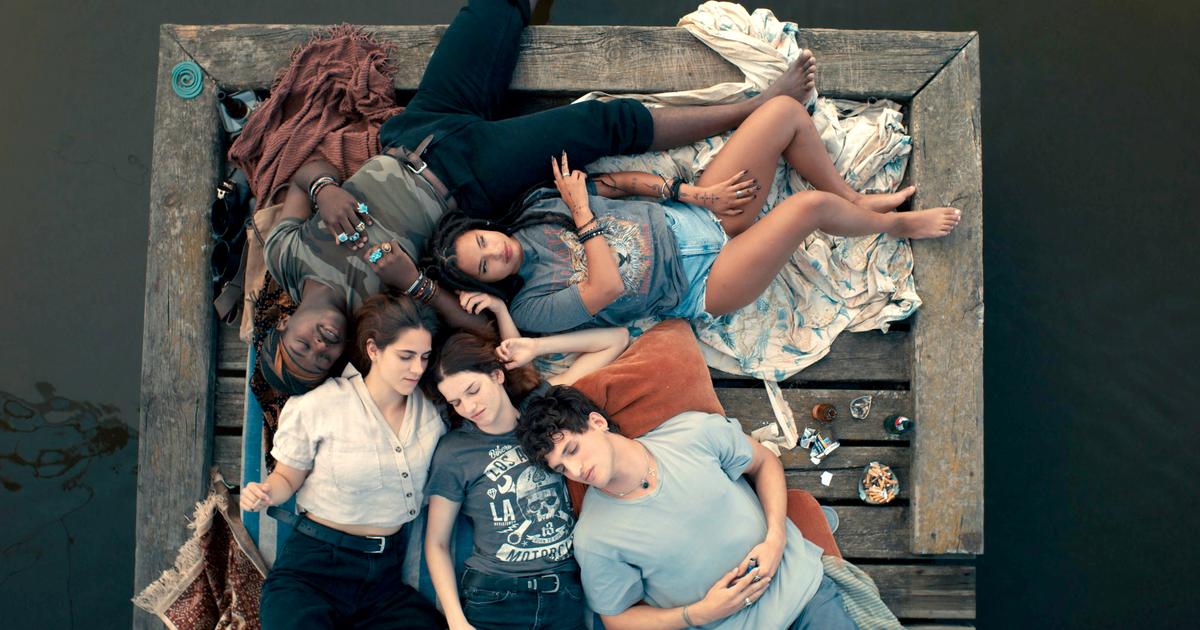 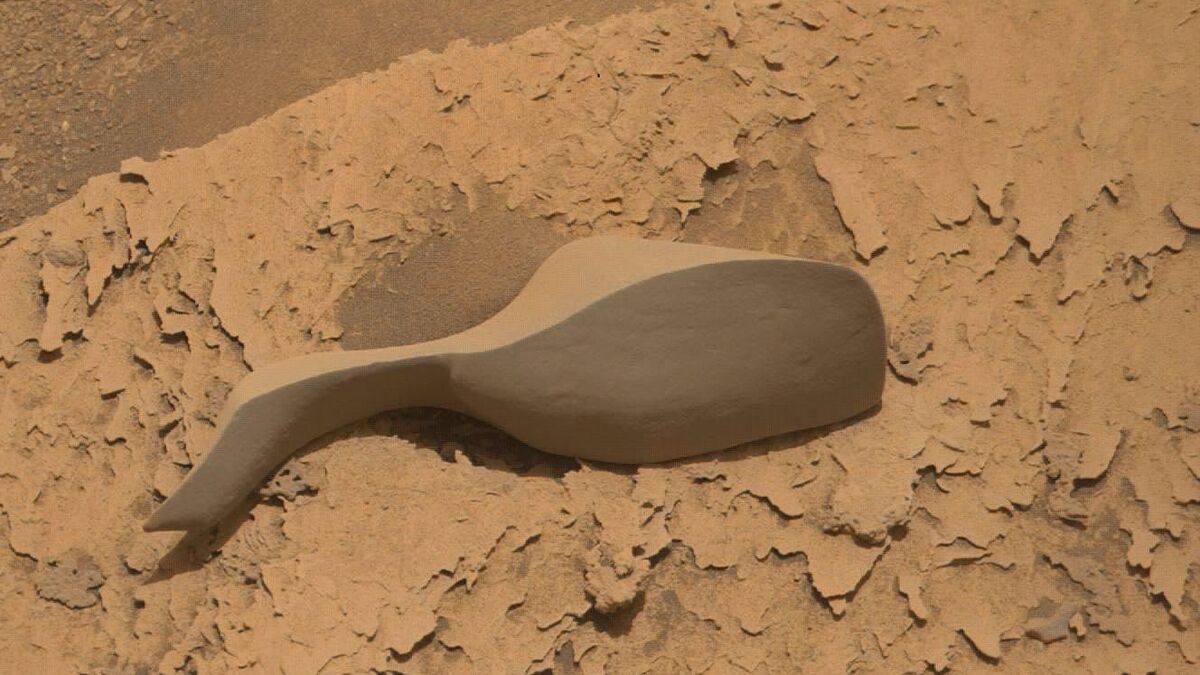 Mars: a strange pebble “in the shape of a sex-toy” seen on the red planet, kingdom of pareidolia