The male resident of the single dormitory is unemployed and has a long-term epidemic. He was given supplies and was inspired to become a volunteer

During the fifth wave of the epidemic, the number of infected people continued to rise, and the medical system was on the verge of collapse, causing panic among people. Charitable church organizations that operated kindergartens, children's and singles' dormitories played an important role, not only self-organized 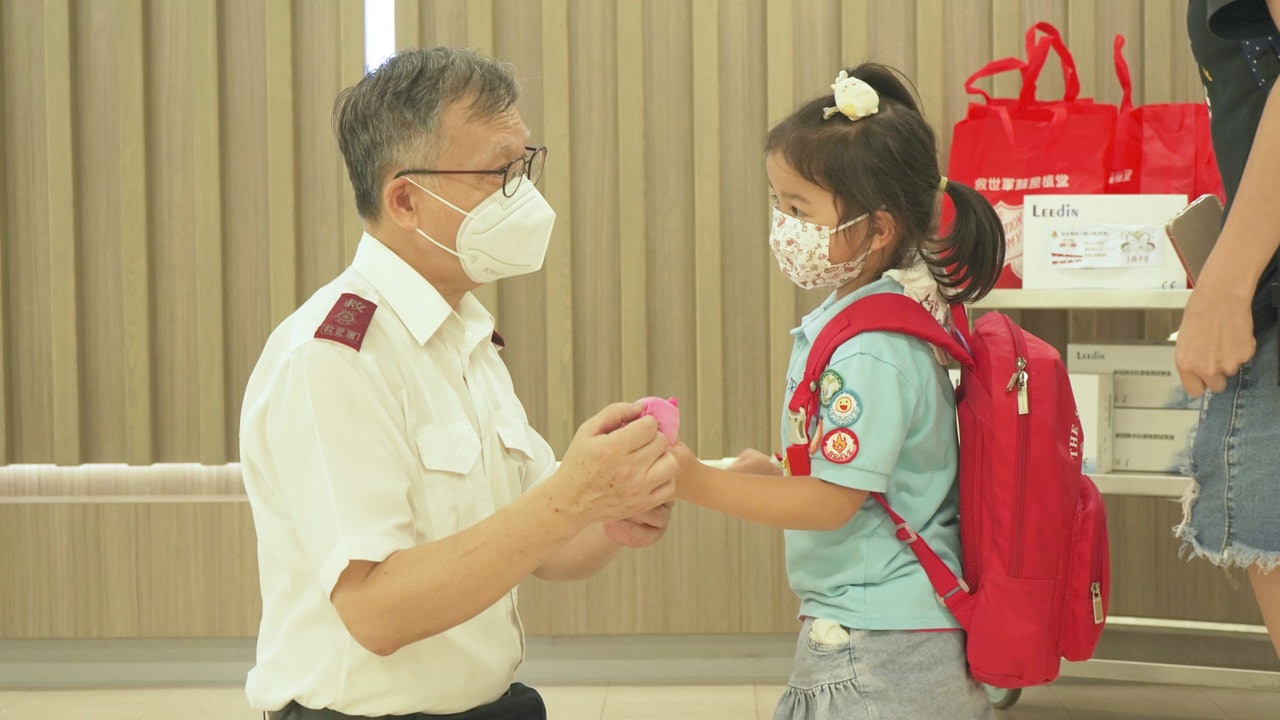 During the fifth wave of the epidemic, the number of infected people continued to rise, and the medical system was on the verge of collapse, causing panic among people. Charitable church organizations operating kindergartens, children's and singles' dormitories played an important role. Those who need people to tide over the difficulties, some male residents living in single dormitory are unemployed and have long-term illnesses. After receiving supplies during the epidemic, they are inspired to join volunteers to distribute supplies. The dormitory and young children's teaching staff stick to their posts and take good care of colleagues and students. Enron Overcoming difficulties, emphasizing: "This place is everyone's home, a home that everyone wants to protect."

The Salvation Army West Kowloon Division located in The Salvation Army So Uk Kindergarten mainly serves school children and their families. Since the outbreak of the fifth wave of the epidemic, a material team has been set up. In addition to understanding the needs of the families of the children, they will distribute food or daily necessities. , and will also provide emergency supplies to vulnerable groups living in dormitories.

Major Ma, an officer of the West Kowloon Squadron, said that the most impressive one was a male resident living in the singles dormitory of The Salvation Army Xi Wah Building. He suffered from a physical illness at an older age and was unemployed. He felt lonely inside. Shi kept complaining and felt abandoned by others. After being patiently explained by the members, he realized that someone always cared about him, and even moved him to change from being a helper to a helper during the epidemic, and volunteered to help the team distribute supplies.

West Kowloon Team: Supplies are like a bowl of hot soup to warm people's hearts

He believes that the epidemic is the most panic period for the public, and people are flustered, because everyone does not know what will happen tomorrow, as if everything is out of control, and he is fortunate to be able to lend a helping hand during this period.

The Salvation Army Huancui Dormitory mainly serves boys aged between 11 and 18. Principal Katherina said that the dormitory members are relatively young, and she is very worried when many dormitory members in the dormitory are suffering from illnesses. Colleagues have been diagnosed one after another, causing a shortage of hands. Fortunately, colleagues “filled up” with each other. For example, in the middle of the night, they accompanied the sick roommates to the A&E department for medical treatment, and there was no complaint. Colleagues also had to isolate the roommates. During the period, they continued to supervise their homework through the door, and the process was not easy.

She believes that in the past, the dormitory members did not notice that they were being taken care of, but the epidemic has brought the two sides closer together. The dormitory members are more aware of the care of the co-workers and the protection of the dormitory. I believe that the team will show their love for the dorm members through their actions, "This place is everyone's home, and it's a home that everyone wants to protect."

Another Qing En Kindergarten and Kindergarten affected by the epidemic, Principal Luo said that he had done his best to suspend classes without stopping. For example, when the Education Bureau announced the early summer vacation, many parents were worried about their children's learning progress. Under the leadership of the preschool education service team, the school After just one week, a special holiday activity package will be prepared, including language, mathematics, hand muscle training, etc. The 5-week activity material package will be distributed to more than 4,000 student families, including the school, and learning is in the game .

By using these activity packs, parents can easily play games and do small experiments with their children according to the contents of the activity packs during the special holiday, and help improve their parent-child relationship.

Chef fails in investment, sleeps rough and suffers from cancer, owes more than 100,000 after surgery

The male resident of the single dormitory is unemployed and has a long-term epidemic. He was given supplies and was inspired to become a volunteer 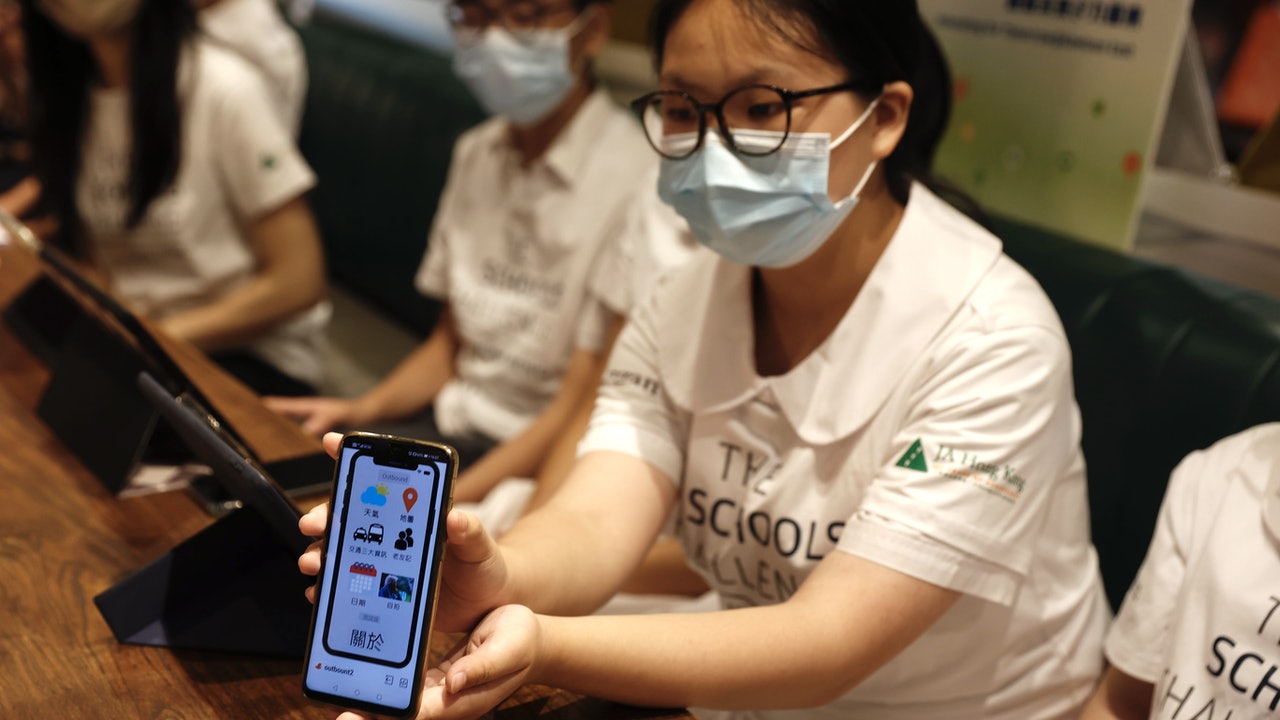 Junior high school students develop a dedicated simple app for the elderly, one-click connection to multiple platforms to encourage the elderly to travel 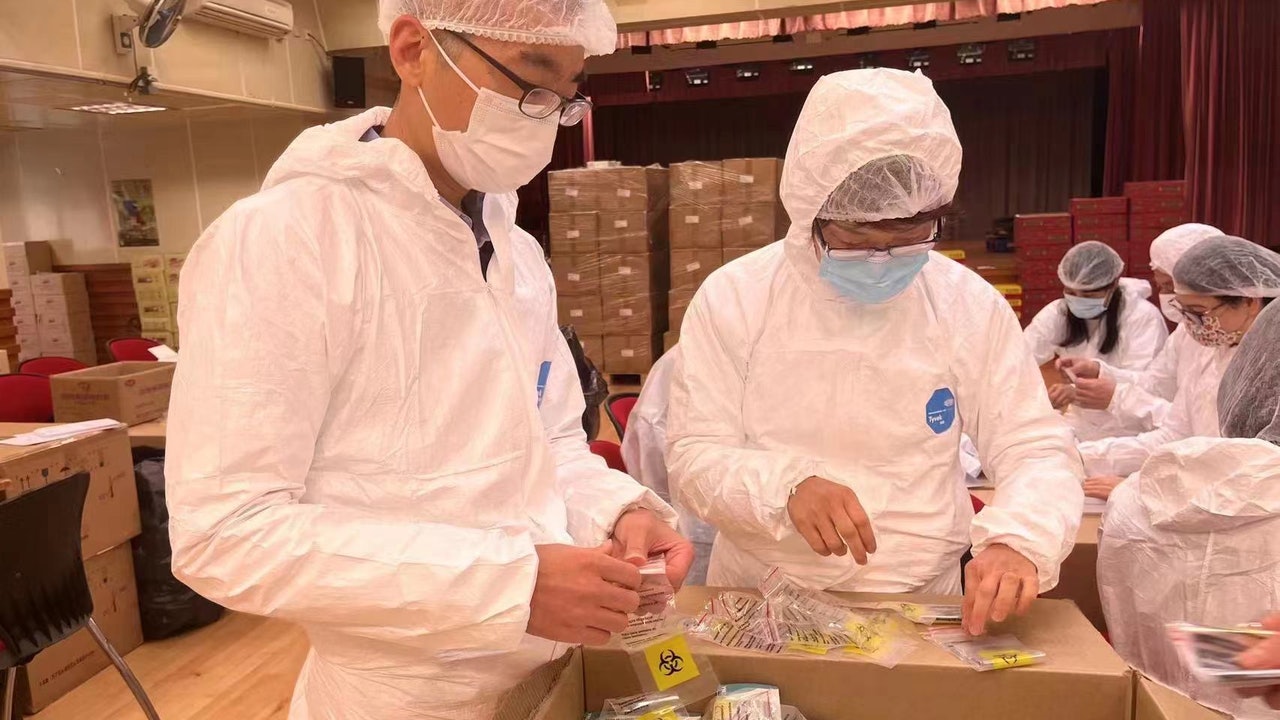 Volunteer service for more than 20 years to witness SARS and COVID-19: In fact, I am an ordinary volunteer 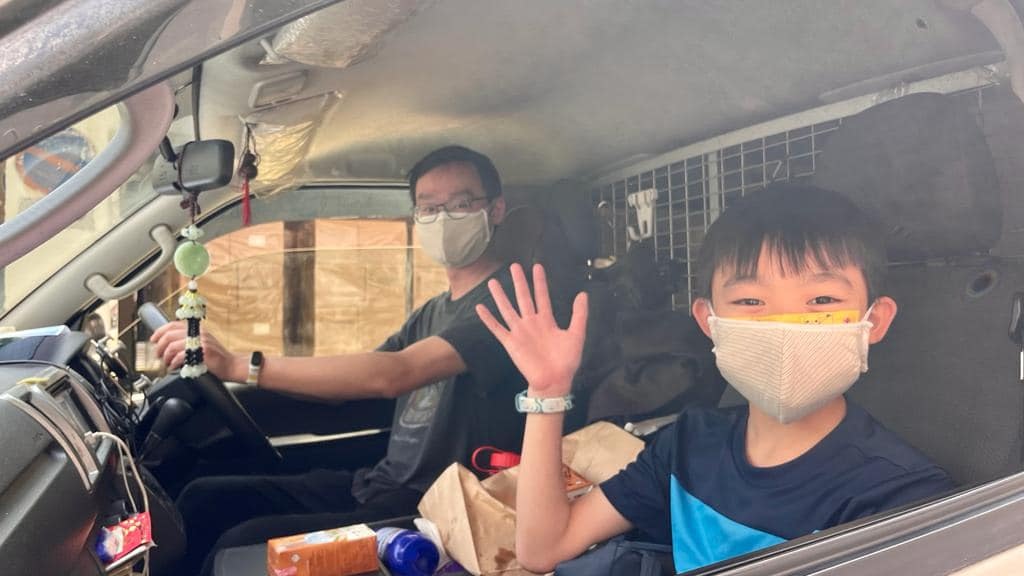 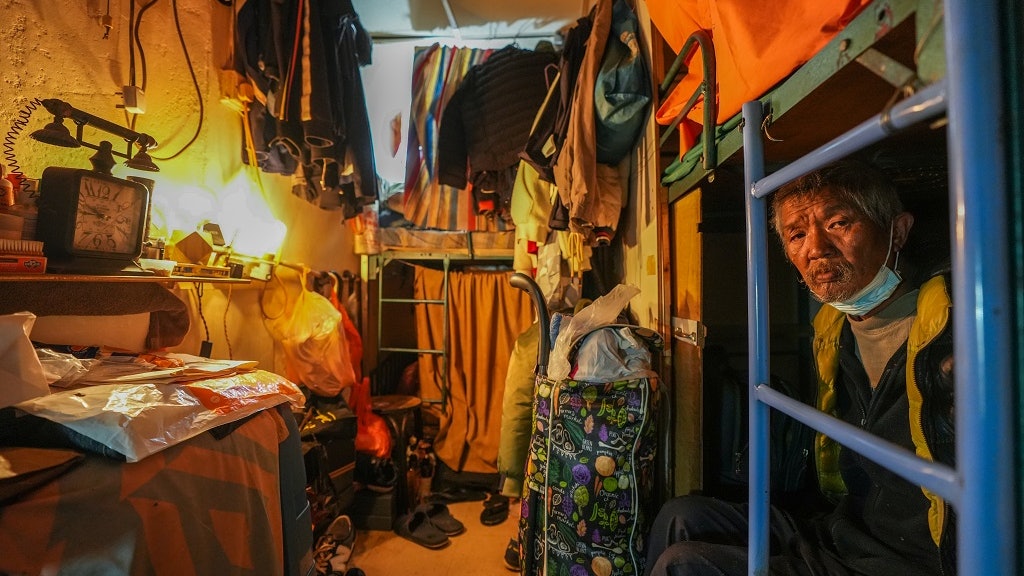 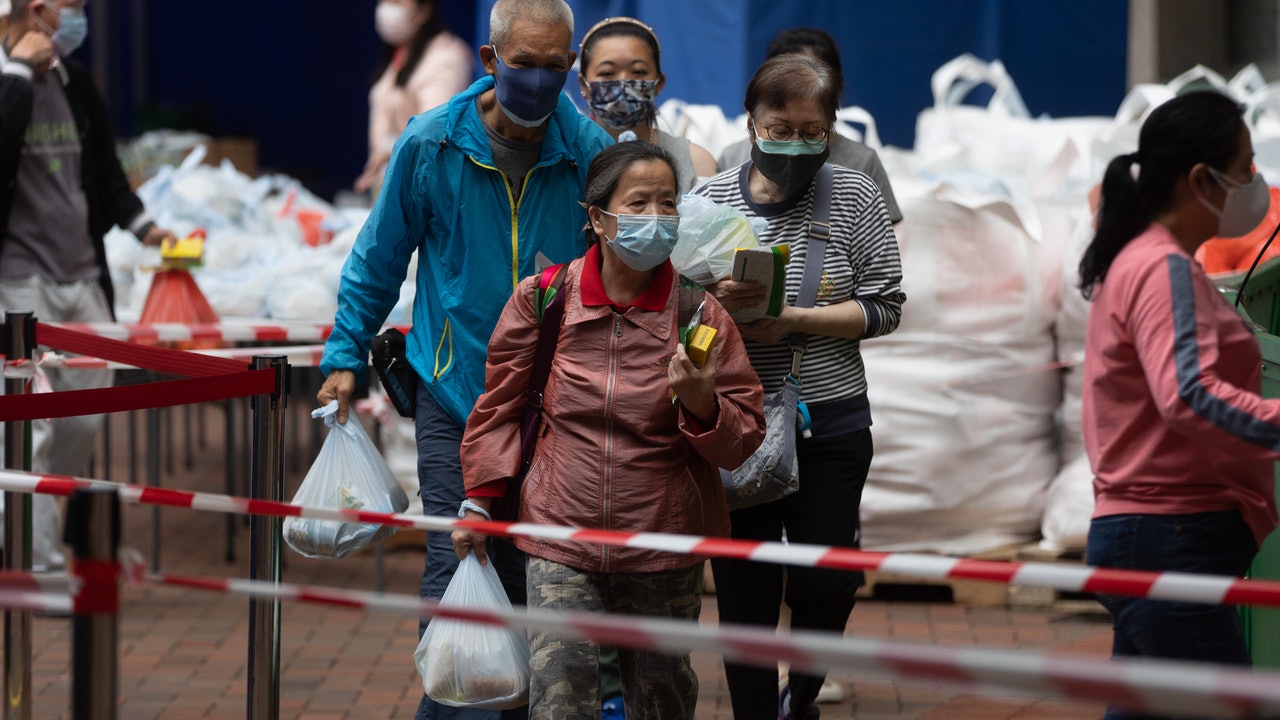 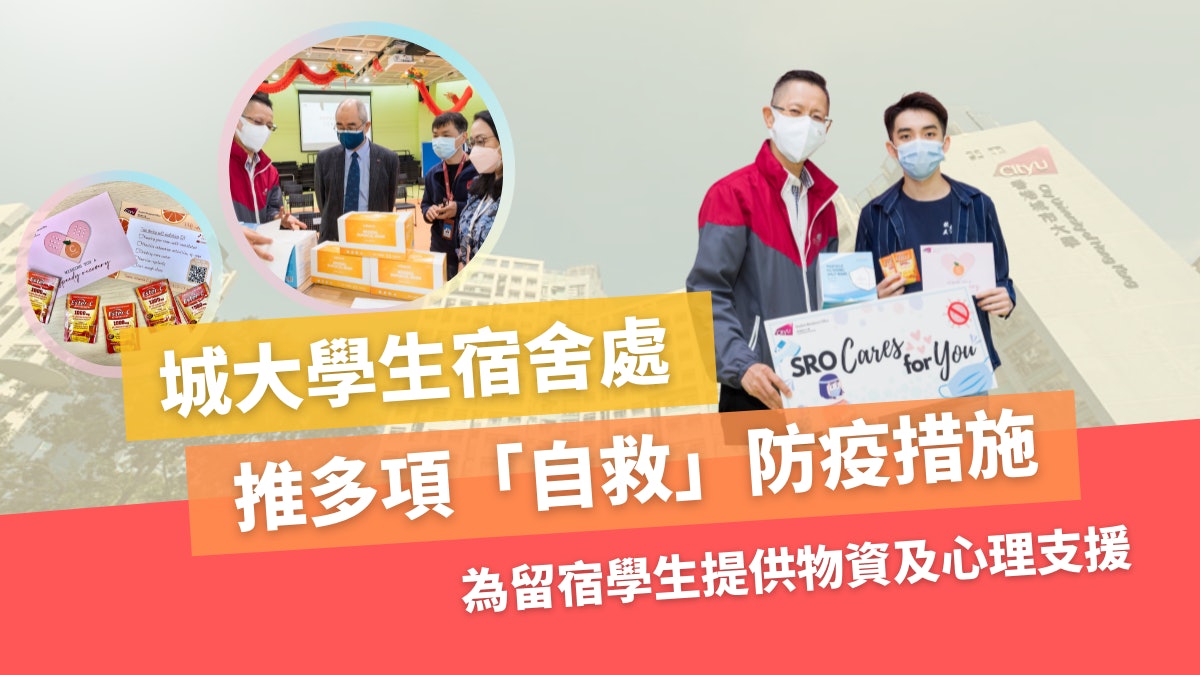 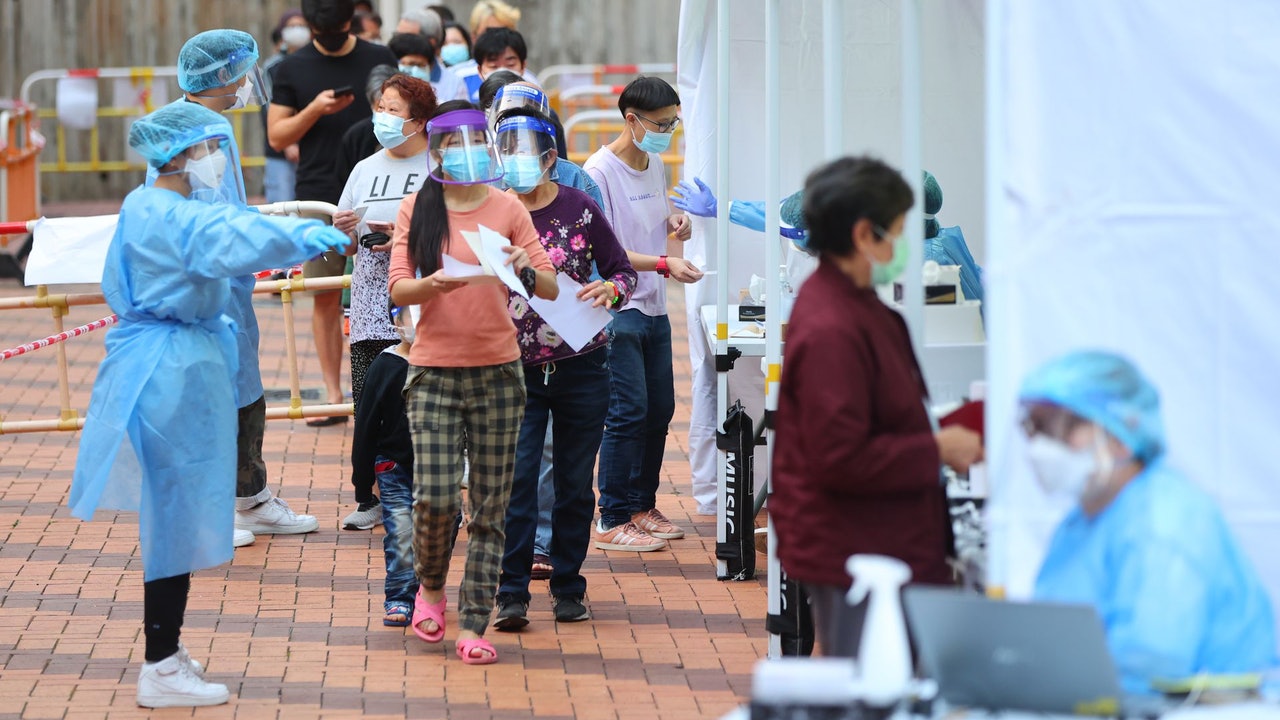 Epidemic｜In the fifth wave, more than 4,000 people died of liver failure in middle-aged Han patients and died in hospital

The application for redevelopment of the Rocky Bank at the Peak has been reduced from 6 houses to 2 blocks, and has been demolished with permission from the Buildings Department
2022-08-12T04:39:57.834Z