China: a ship cut in two by a typhoon, only three occupants out of 30 could be rescued

Footage provided by Hong Kong authorities shows a person being airlifted as waves crash onto the deck of the sinking ship. 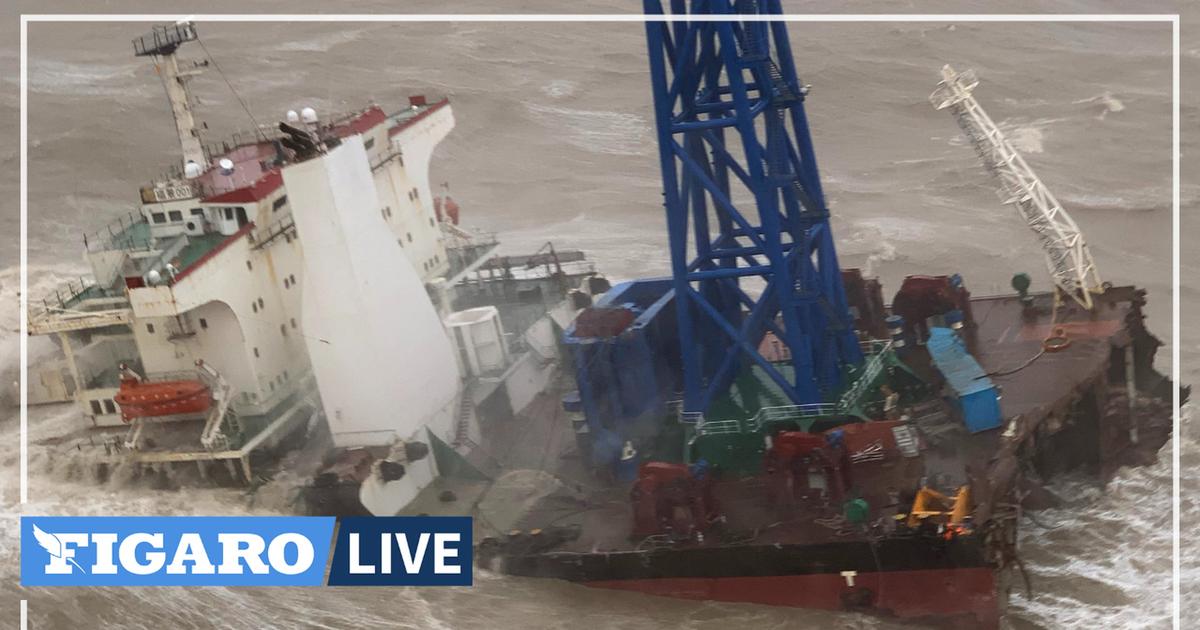 Twenty-seven people are missing after their ship was cut in half by a typhoon in the South China Sea on Saturday, the Hong Kong government's air support service said.

Read alsoChina pushes its pawns into the Taiwan Strait

The engineering vessel was 160 nautical miles southwest of Hong Kong when it was caught in Storm Chaba;

Help was dispatched to the scene after being notified around 07:25 local time (23:25 GMT Friday).

Three of the 30 crew members were rescued at 3 p.m. local time and taken to hospital, authorities said.

Footage provided by Hong Kong authorities shows a person being airlifted as waves crash onto the deck of the half-submerged vessel.

According to the three survivors, other crew members may have been swept away by the waves before the arrival of the first helicopter, a statement from the Hong Kong government reported.

Read alsoChina, the other threat to NATO

The location where the ship was located recorded winds of 144 kilometers per hour and waves reaching 10 meters high, authorities said.

Rescuers will expand the search area "

due to the large number of missing people

" and extend the operation into the night if conditions allow.

China: a ship cut in two by a typhoon, only three occupants out of 30 could be rescued 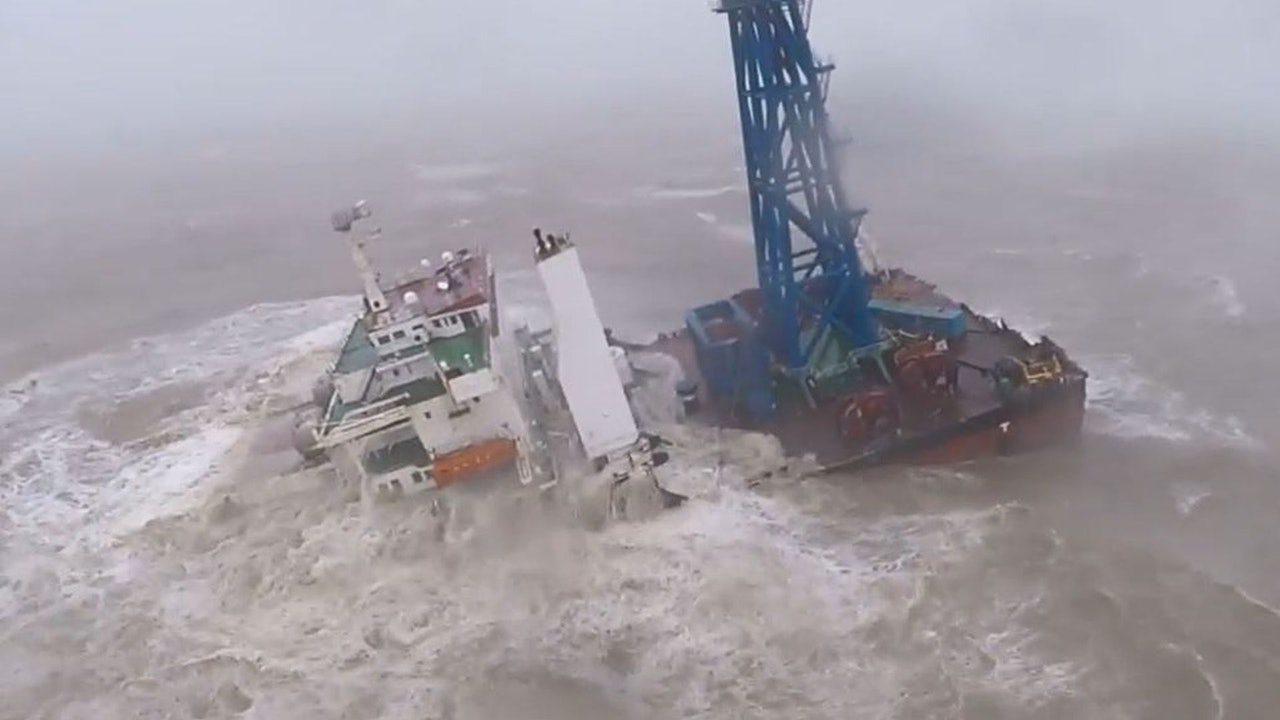 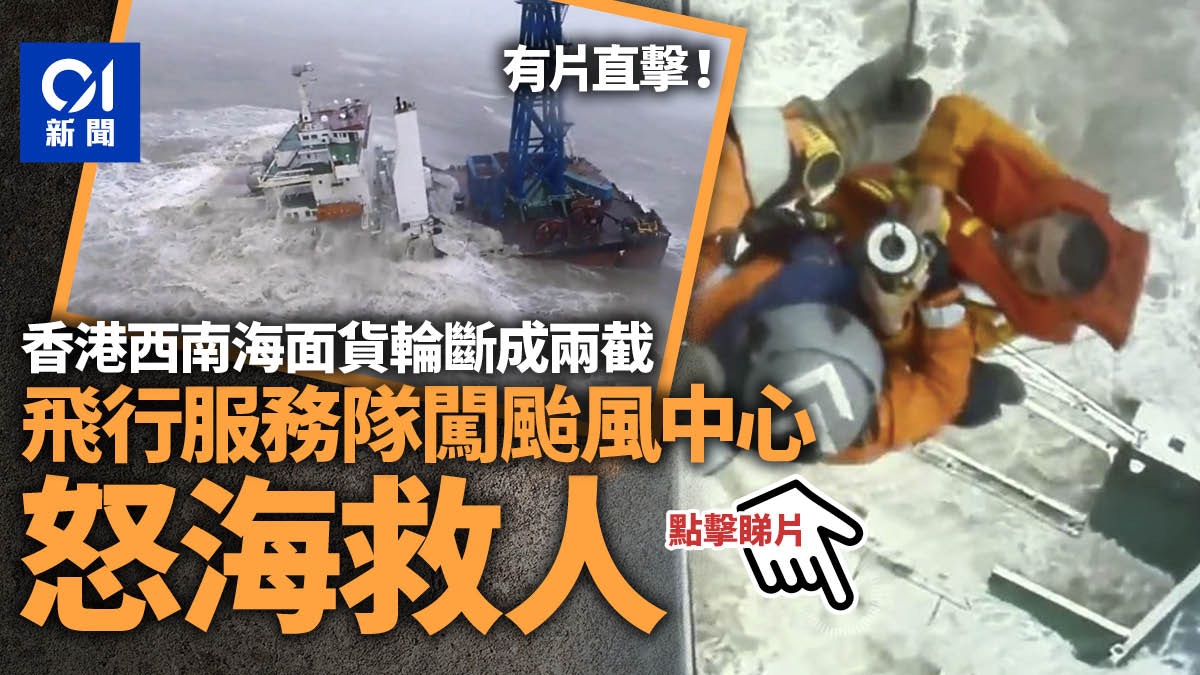 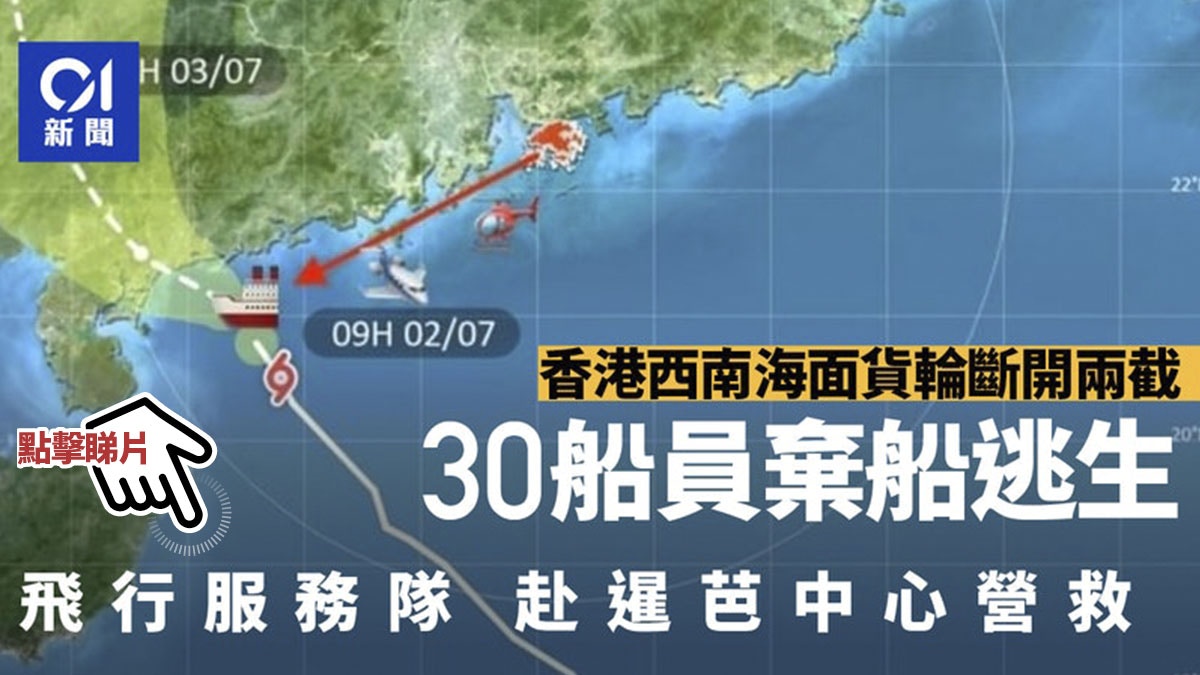 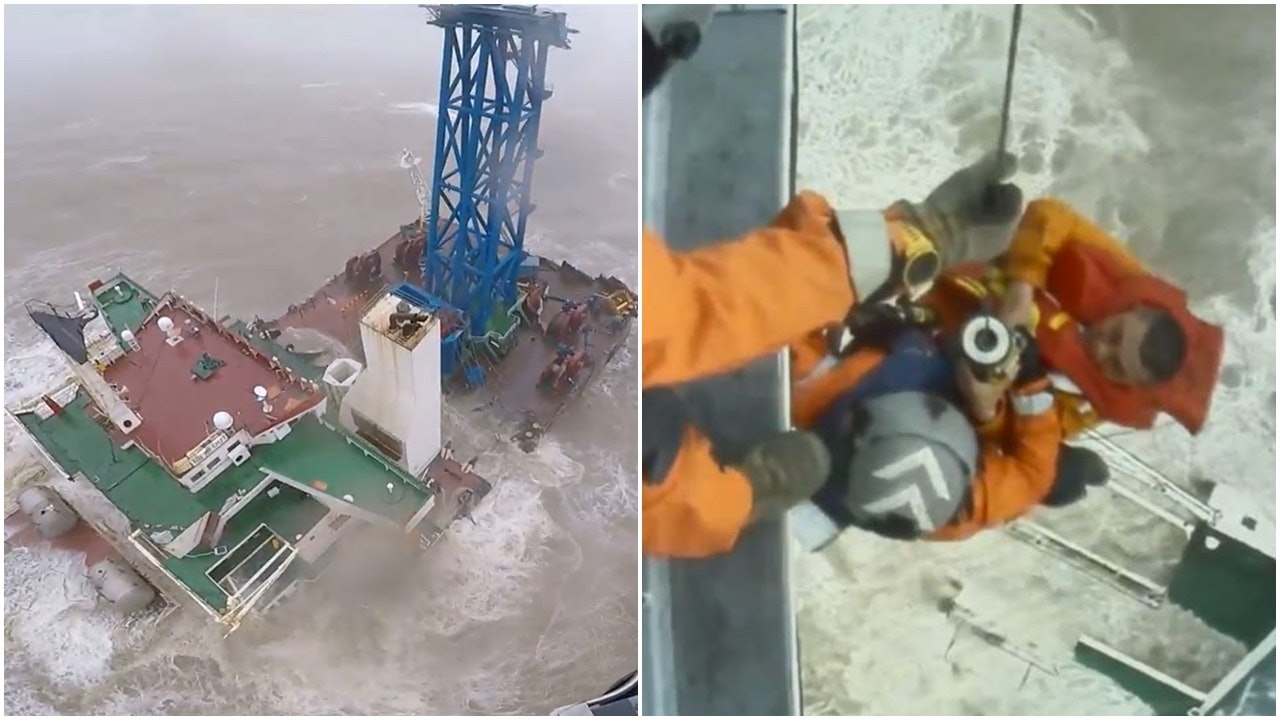 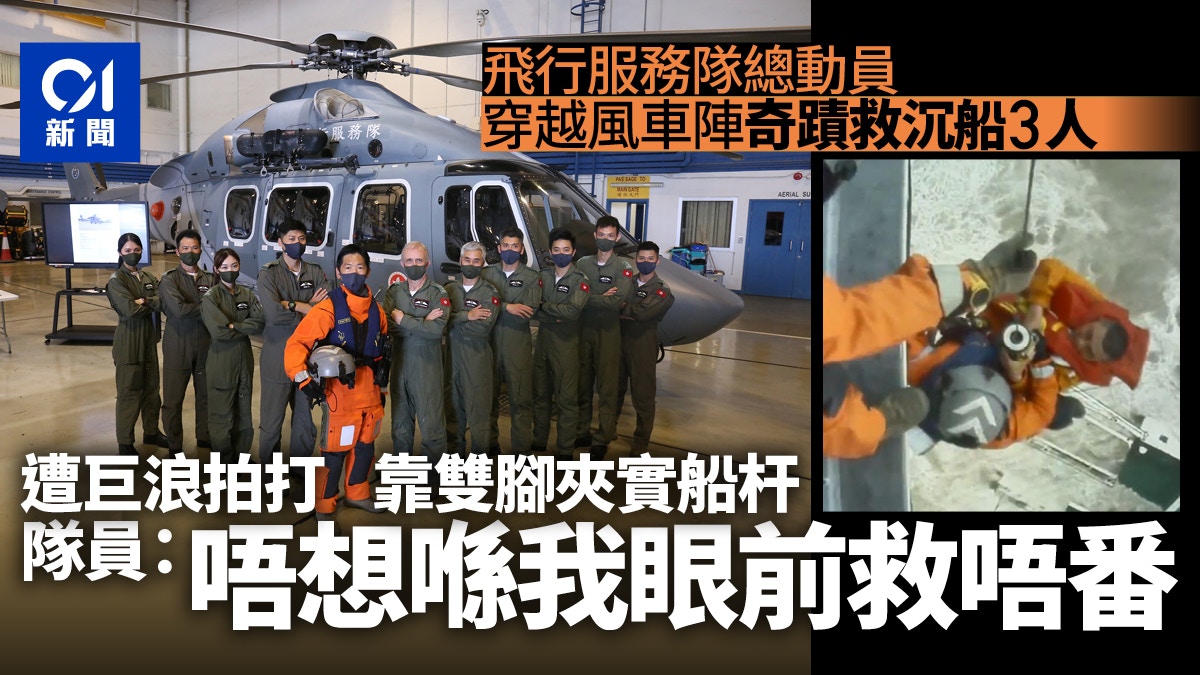 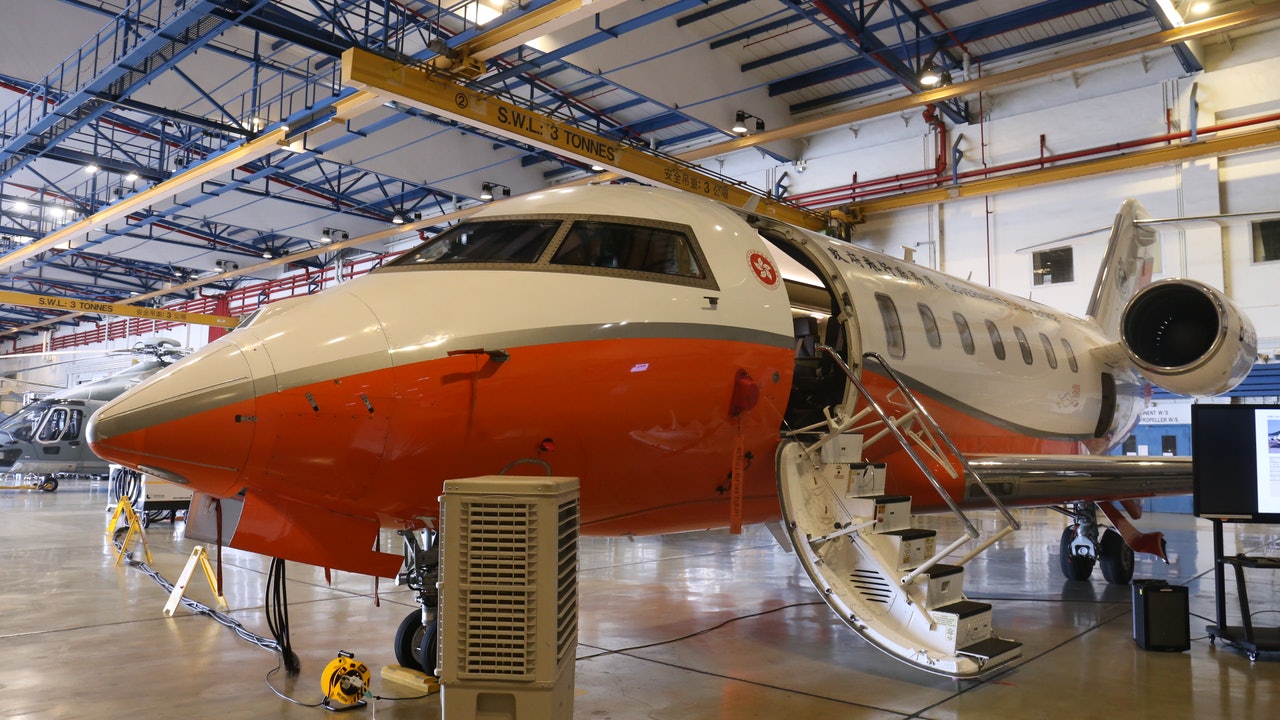