At the Fischerstechen am Klostersee, the hosts used their home advantage to win 9:4. On Sunday there were probably around 5000 visitors. At the Fischerstechen am Klostersee, the hosts used their home advantage to win 9:4.

On Sunday there were probably around 5000 visitors.

– The Klosterseebad in Ebersberg turned 100 years old this weekend.

And yet it has remained young.

This was demonstrated by around 100 volunteers who organized an unprecedented two-day hands-on festival on the lake shore under the direction of the "Friends of the Klostersee", the beautification association and the city of Ebersberg.

The highlight on Sunday was the jousting between teams from the district town and neighboring Grafing.

The Ebersbergers use their home advantage mercilessly and sink the guests from the neighboring town clearly with 9:4 points.

In the dry and also protected from the sun from above.

Gaudi was the order of the day: one of the participants was even taken to the venue in a sedan chair by his subordinates.

Thomas Binder, the landlord of the Alte Post in Ebersberg, was easy to spot under his purple bathing cap with flowers.

Bayerlein is said to have been spying in Ebersberg more often in the past few weeks.

However, the two combatants then revealed "fear of contact" in the argument on the board and preferred to jump into the water voluntarily and at the same time without outside influence.

Moving in on a sedan chair, with video accompaniment and a purple bathing cap with flowers.

The Ebersbergers came up trumps.

There was something for every taste: whether it was a drum workshop, aqua fitness or painting without a brush: the sunbathing lawn was not only transformed into a large beer garden, but was also used by the participating clubs as a stage and venue.

The forest kindergarten, for example, celebrated its tenth anniversary in this context.

"The response exceeds my wildest expectations," said district home caretaker Thomas Warg, who has been trying for some time to organize joint events in which both towns in the middle center of Grafing/Ebersberg should take part.

On Saturday there were probably 2000 visitors, on Sunday certainly 5000.

Together in the center

"It's nice that Grafing is taking part," said Georg Schuder, chairman of the Ebersberger Beautification Association.

"Supporting each other beyond the city limits" is important, he said.

“We are a middle center, but not only in politics.

That has to go down well with the people.” The chairman himself showed commitment at the grill.

"I'm a vegetarian, so they assigned me to the sausages."

Until the end, there were rumors as to whether Warg and his Grafinger counterpart Bernhard Schäfer would both take part in the jousting themselves.

Reportedly, this failed due to an insufficient number of galley rowers, as Warg indicated.

Everything in view: referee Walter Brilmayer with his special equipment on the lake.

Ebersberg's former mayor, Walter Brilmayer, acted as referee and was rowed to his box seat in the middle of the lake.

"It would be very helpful if someone would explain the rules to me beforehand," he said.

He didn't have much work anyway, because the Ebersberg fishermen's engravers proved to be extremely stable even without Brilmayer's help.

Duel of the heads of town hall.

The sophisticated technology can be guessed at.

The Ebersberg and Grafinger flags were waving on the diving platform in the lake.

The Ebersbergers really got going right away.

The fact that in the first pairing Grafing's mayor Christian Bauer wanted to score points with posture grades didn't help him much.

His Ebersberg counterpart, Ulrich Proske, has his center of gravity lower, which obviously helped him win the balance on the standup board.

Intermediate score on the display on the diving platform in the lake.

The result was in sight.

The duelists first had to sweep the opponent off the board, but mainly push a full bucket of water off the jetty.

Grafinger Bräu Gregor Schlederer tried to offer as little attack surface as possible while lying on his stomach, but was disqualified because the opponents had to cross their lances while standing.

The water rescue service brought in the first Grafinger victory, followed by the representatives of the Grafinger trade.

Felix Pollinger, the chairman of the Grafinger Faschingsbären, was able to win the last meeting of the day against the Ebersberg "Presidy" Robert Gockner.

Ultimately, however, that was only cosmetic when Grafing sank against Ebersberg on the historic Klostersee. Mysterious fountain in the Ebersberg forest: the lid is gone - residents startled Grafinger celebrate their outdoor pool with a lot of bounce 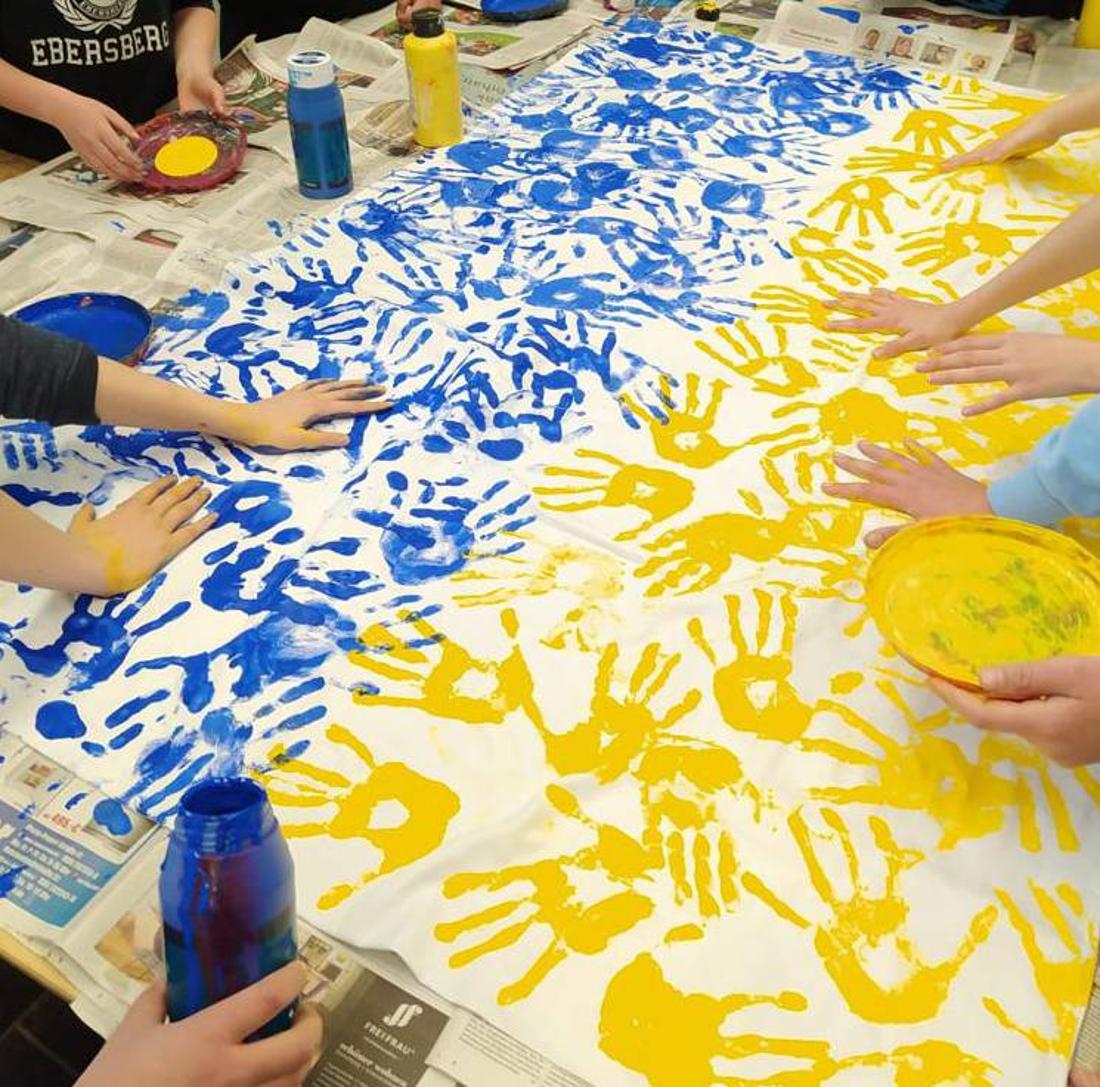 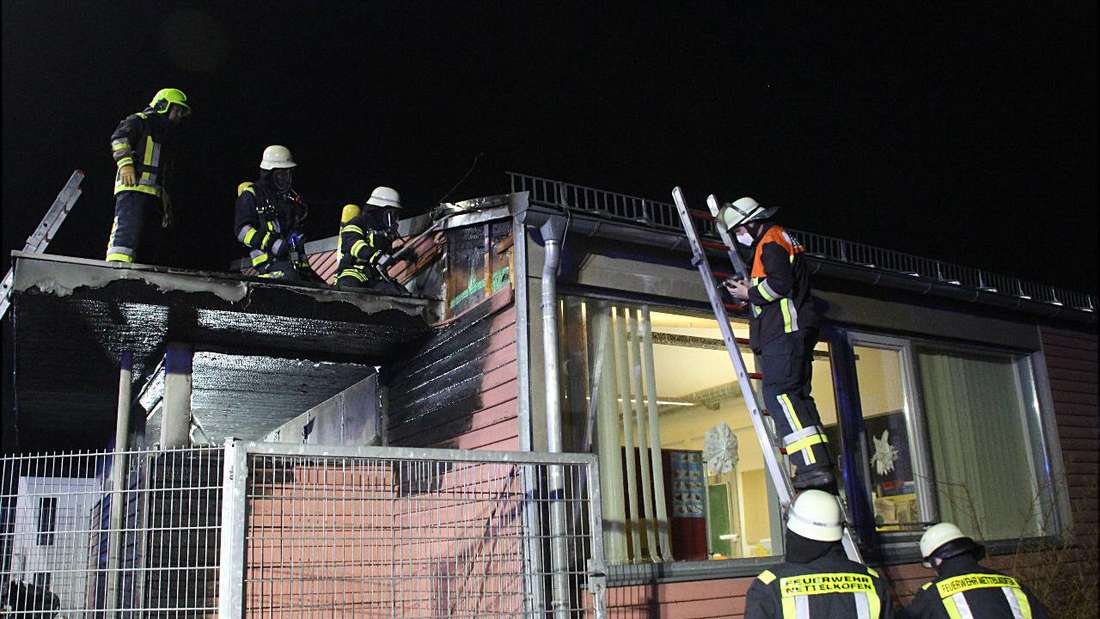 Six people arrested in Barcelona during an operation against marijuana trafficking under the guise of legal hemp
2022-08-12T21:57:14.002Z

epidemic. 8.12︱The implementation of red and yellow codes has repeatedly encountered problems, and it is estimated that one-quarter of the children diagnosed will be admitted to the hospital
2022-08-12T21:33:18.931Z