At least six people died in a glacial collapse in the Dolomites on Sunday. More and more mobile phone videos are now appearing, showing that the alpinists hardly stood a chance against the violence of nature.

An avalanche of ice, snow and rocks tumbled down from a Dolomite glacier in northern Italy on Sunday.

The rubble masses also plowed through one of the main access routes to the 3343 meter high Marmolada Mountain, on which several rope teams were located.

"At the moment we know: six people are dead and eight are in the hospital - in critical condition."

On the day after the momentous glacier fall, the search for the missing continues.

Helicopters and drones search the area.

According to the Federal Foreign Office, two Germans are among the mountaineers affected.

The Marmolada is the highest mountain in the Dolomites.

Located on the north side of the mountain, the glacier is the largest in the region.

In recent years, it has steadily shrunk due to rising average temperatures.

It has not yet been finally clarified why exactly the avalanche went off.

Due to the current heat wave in Italy, temperatures on the Marmolada reached 10 degrees Celsius on Saturday.

It is possible that the high temperatures of the past few days, weeks and months favored the demolition. 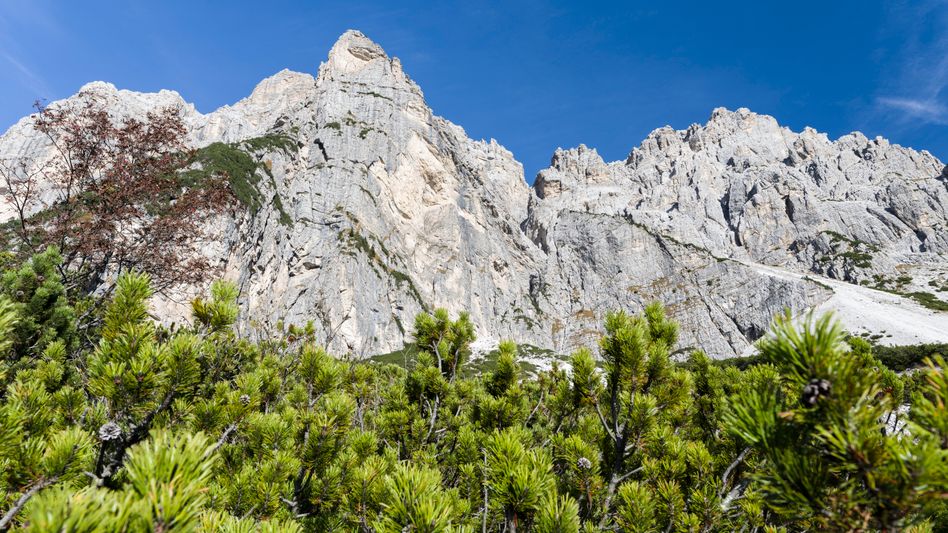 Italy: Apparently no injuries in a rock fall in the Dolomites